Oops! Something went wrong while submitting the form. Please try again.
home
ca.rs
- For Sale
- sold
- all
- car sourcing
stories
merchandise
About
- what we do
- Sports Purpose
- who we are
- our cars
Contact
"Porsche really led the way in rust protection and in 1976 began galvanising all the steel body panels on its flagship 911, a major innovation at the time..."

Salt: The bane of every classic car owner’s existence. When the first glints of sun appear in late January that familiar desire to take your classic for a drive returns. Then you find that the temperature fell below freezing last night and the council had the gritters out. Good for your gran’s safety, not so much for the integrity of your classic car. After seeing many treasured classics at the Sunday Scramble in January it seemed sensible to do some more digging on the effects salted roads have on classic cars.

Grit consists of mined chunks of rock salt or sodium chloride which when mixed with moisture on our roads combine to create a saline solution. The presence of salt amongst water molecules prevents the molecules from aligning in the correct formation effectively lowering the freezing point of water. Hence, salt spreading is used as a preventative measure to decrease ice formation on our roads to ensure the safety of cars and pedestrians.

Over 1 million tonnes of the stuff are spread on UK roads every year. Unfortunately, salt spreading has a potentially significant impact on cars as it accelerates the rate of rust formation. Rust is an oxidation reaction that occurs when ferrous metals, most commonly steel in cars, react with oxygen and moisture. Adding salt to the equation speeds up the reaction as salt acts as medium through which metal loses its electrons more quickly.

Modern cars are significantly more resistant to rust due to advances in paint, lubricants, design and especially materials. Plastic undertrays now shield vast sections of the underside of cars and line most wheel arches. Classic cars however, are not so well protected from this troublesome reaction.

Until the late 1980’s many automotive manufacturers still used cheap unprotected steel to build cars, stuck in the post war mindset that a layer of paint provided enough protection from rust – which it didn’t. Many body panels stored poorly before assembly had already begun to rust, paint often didn’t reach internal parts of box sections and so on. Only when rust began to affect brand reputations and profit margins did the big manufacturers begin to adapt. Bodies were dipped in primer initially which helped but the biggest step forward was galvanising whereby steel parts are coated in a thin layer of corrosion resistant zinc. 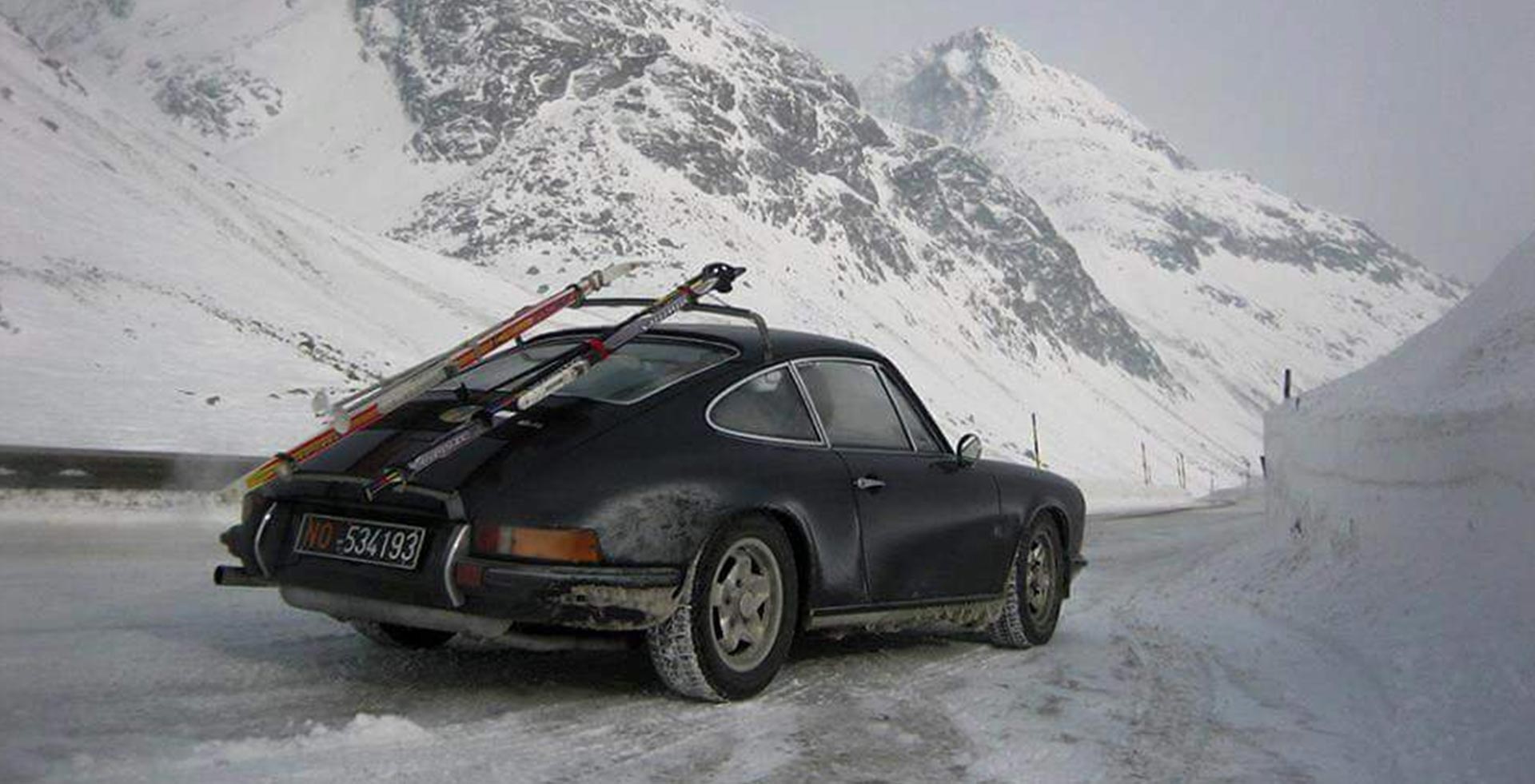 Porsche really led the way in rust protection and in 1976 began galvanising all the steel body panels on its flagship 911, a major innovation at the time and one that surely contributes to the statistic that 70% of all 911s ever produced are still on the road.

We are fortunate that rust is a rare sight on new cars these days but classic car owners will always be fighting a battle to ward off its effects. There are some good pieces of general advice to follow to avoid extreme damage from salted roads. We would never want to drive a classic car for at least a week after gritting and ideally, only after a period of rainfall followed by the chance for the roads to dry out. Local councils regularly update their gritting schedules on their websites allowing you to plan your journeys accordingly.

Once you have finished driving on what you know to be salty roads, use your garden hose to remove any mud and grime lodged in wheel arches, bumpers and from the underside of the car to the extent you can. Store your car in a dry space with good airflow, inspecting your car regularly for early signs of rust such as bubbling.

Finally, owners can of course take a more proactive approach by preparing their cars prior to a drive. Products like Waxoyle form a weather proof skin on top of paint or exposed parts of the undercarriage. We prefer using these products only sparinglng in the winter months.

Ultimately, there is no right or wrong decision when considering whether to drive in winter months during sub-zero temperatures. Nor is there one solution to preventing rust from forming on our cars. Every owner must gauge there own risk and be prepared to accept the consequences further down the line.

The Bicester test track is never gritted so it is always a good option for us to drive our cars. We tend to find that the days when the roads are clear are sufficiently plentiful that it is not too great a problem.  If in doubt or your car is a super original classic don’t do it. If you are still frustrated, then come ice driving with us next year – in one of Tuthill Porsche’s specifically prepared cars.