Oops! Something went wrong while submitting the form. Please try again.
home
ca.rs
- For Sale
- sold
- all
- car sourcing
stories
merchandise
About
- what we do
- Sports Purpose
- who we are
- our cars
Contact
"Goodwood Festival of Speed this year came at the perfect time for many, but not everyone."

Driving the RSK at Goodwood Festival of Speed

Sadly, the enthusiastic owners of the amazing Works RSK Spyder that we have at the moment could not make it through covid restrictions to be present at this year’s Festival of Speed – they also missed last year’s track demonstration at the inaugural SpeedWeek but Robert Westerman drove it with huge gusto and aplomb during the recreation of the 1959 Tourist Trophy at the Revival Meeting in 2019.

The owners are a well-known family of Porsche drivers with a substantial collection of cars spanning 550 to 912 via 2.7RS, 2.0S etc. They race hard and they drive their various Porsche cars every day. We could not have been more upset that they missed the second opportunity in less than a year to compete in their beautiful car.

However, like all enthusiasts, they are generous in their approach to their cars and would rather the car be there than not at all.  It took something less than a second for Robert to follow-up his conclusion that he could not make it with a request that we drive it for them.

Learned colleague Philip had two serious issues: 1 he had been invited to drive his own ex-Ben Pon Le Mans 904 and 2 he can’t fit his lanky legs in the RSK – result!  Final piece of the jigsaw – our ace preparer Andy Prill was away on holiday and so I would have the car all to myself, just as I did at the SpeedWeek Le Mans demonstration.

I have been lucky enough to experience the hillclimb in various guises. We couldn’t make it to the first ever production in 1993 but the following year Dad, brother Charlie and I went and just marvelled at the brilliant audacity of it. We had a barbecue in the car park as the world went home and thought we had lived like kings. Goodwood, I think, always achieves this – it treats all its guests so generously.

In 2001, working in F1 team marketing, I was chaperone to young Formula 3 driver Takuma Sato, then in his second year of British Formula 3 and his first as BAR-Honda test driver. I drove Taku up the hill in a Honda Legend saloon early on the Friday and he went quieter and quieter. “Are you OK, Taku?” I asked. “Yes, James, thank you. But I have never driven a hillclimb before, I have never done a standing start in a Formula 1 car before and I have never driven a Formula 1 car in the wet before… I think it will be OK though.”

His first run, in the wet, he was full opposite lock through the first corner. On his second, his first run up the hill in the dry, he nudged 160mph past the House. So, that’s how to do it. The next day, he won the British F3 race at Brands Hatch, from pole position with fastest lap – and then rang me to see how the car had gone on the hill. An Anglophile and a gentleman, Taku is a special person.

My next run up the hill was in what I probably think is the most beautiful open sports racing car ever – the Aston Martin DBR1/2, the winner of the 1959 Le Mans. Driven by my close friend at the time, Peter Hardman, who had had huge success in the car in historic racing, on the media day, it was probably the perfect car to go up the hill in. 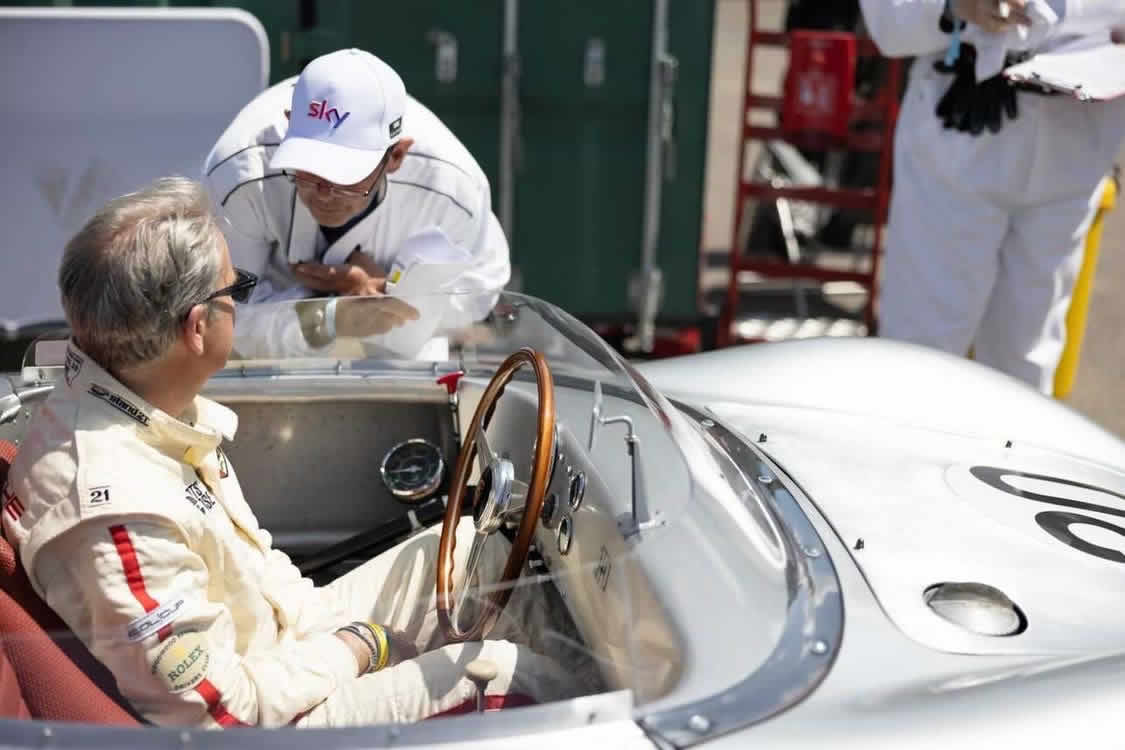 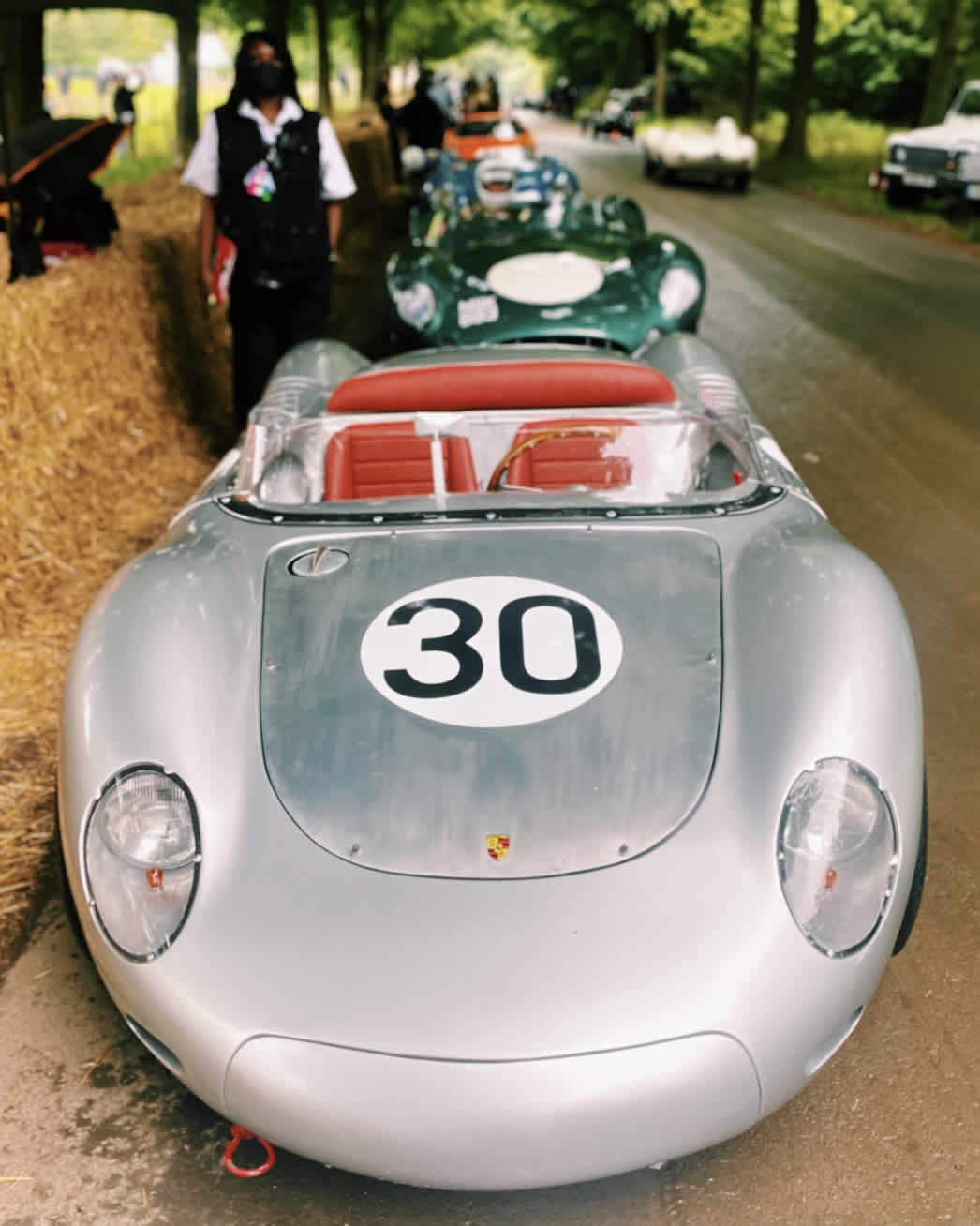 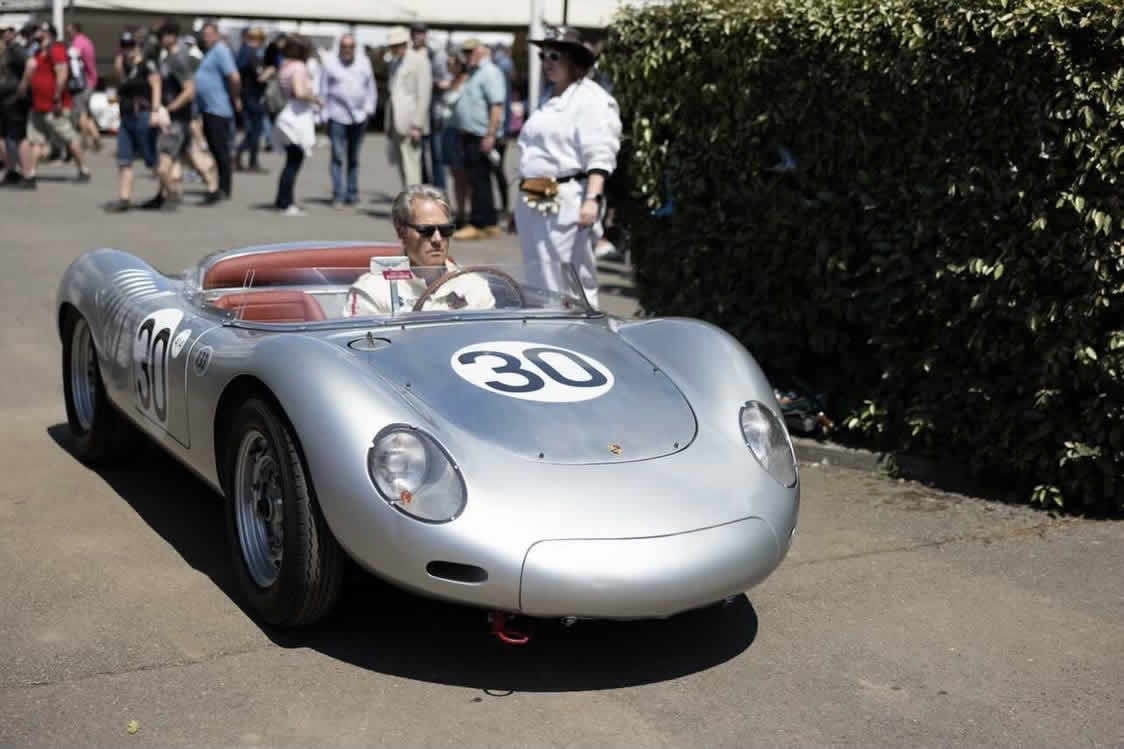 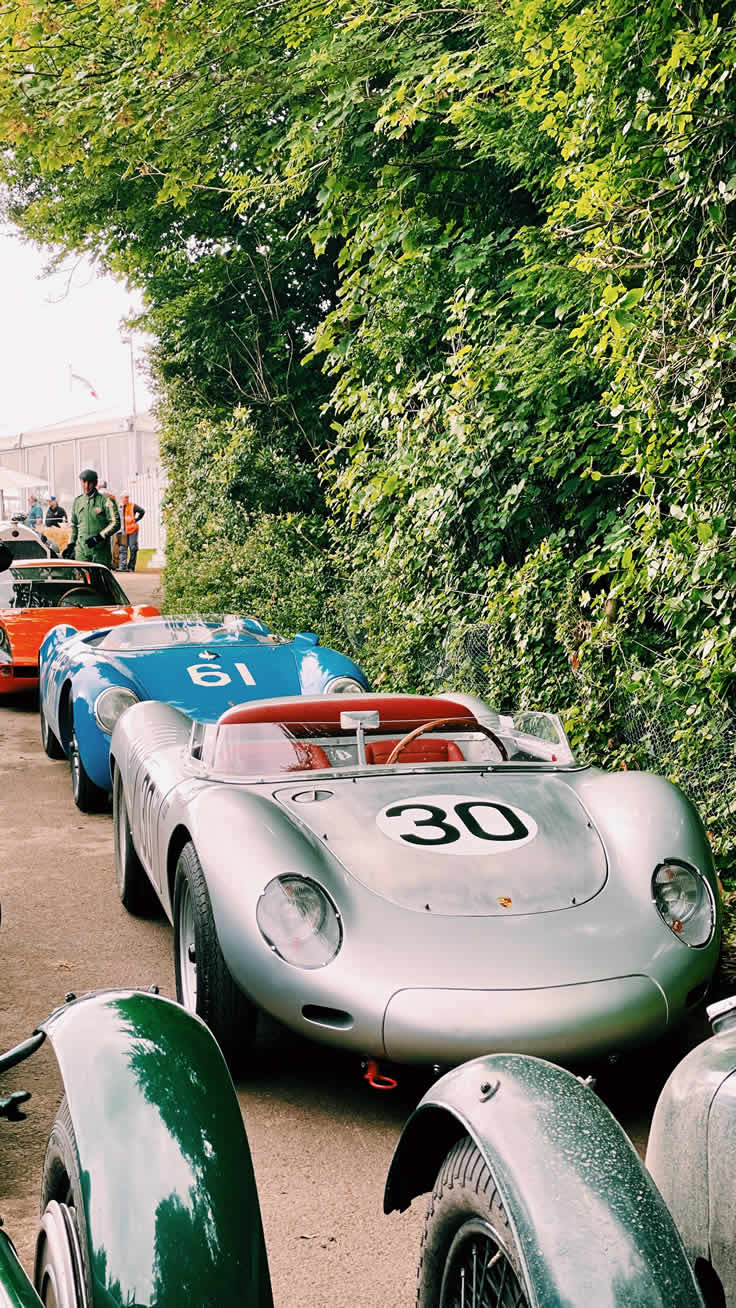 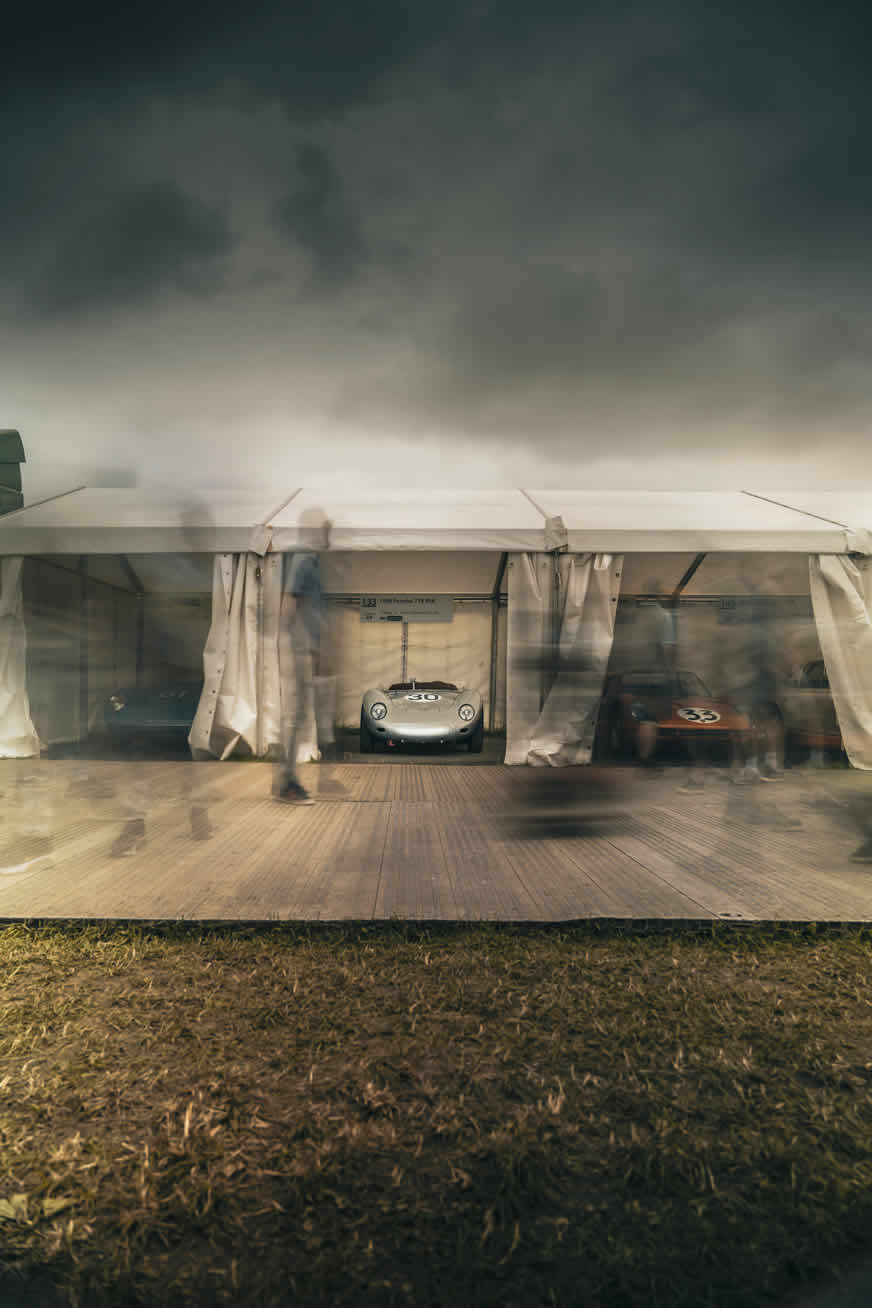 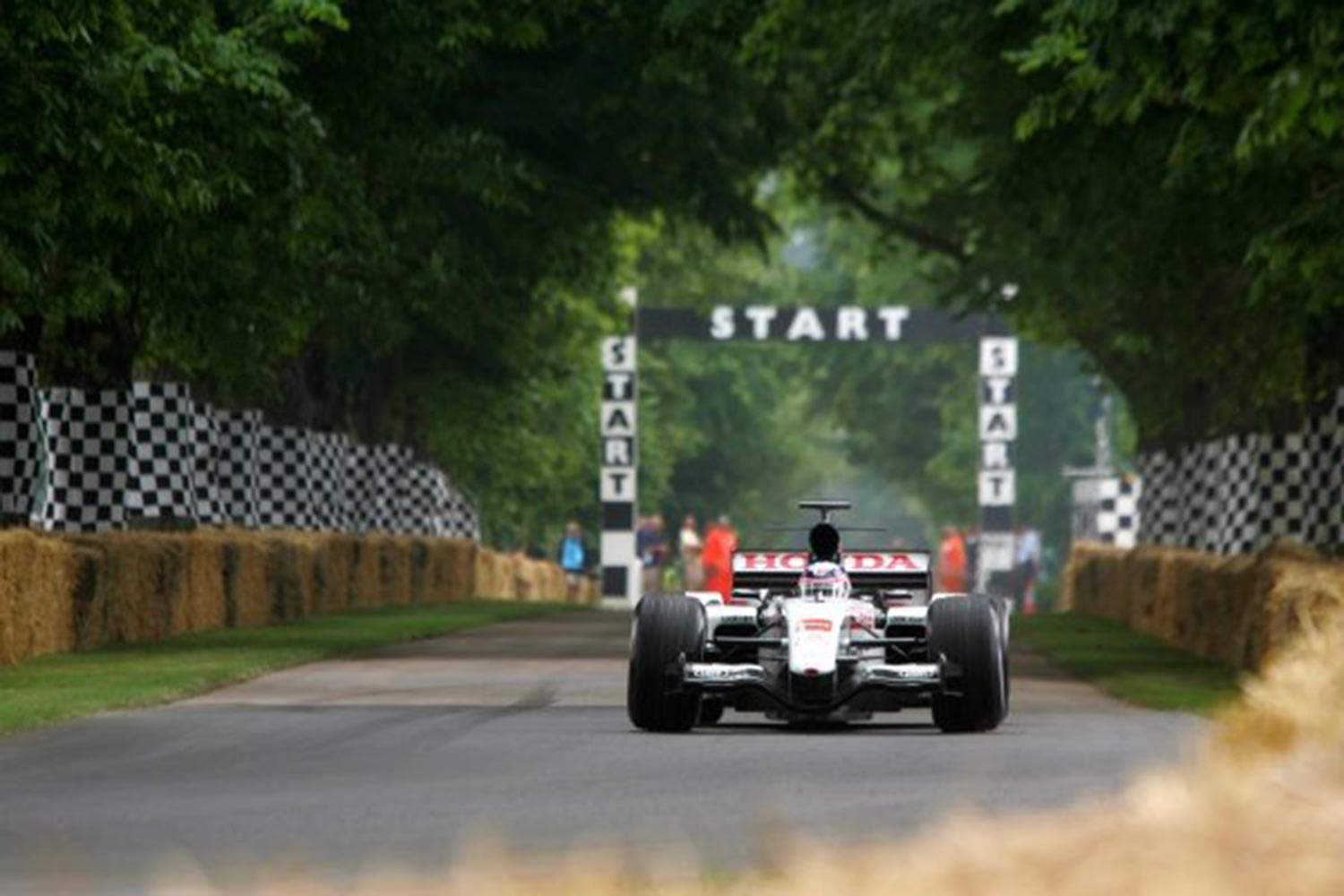 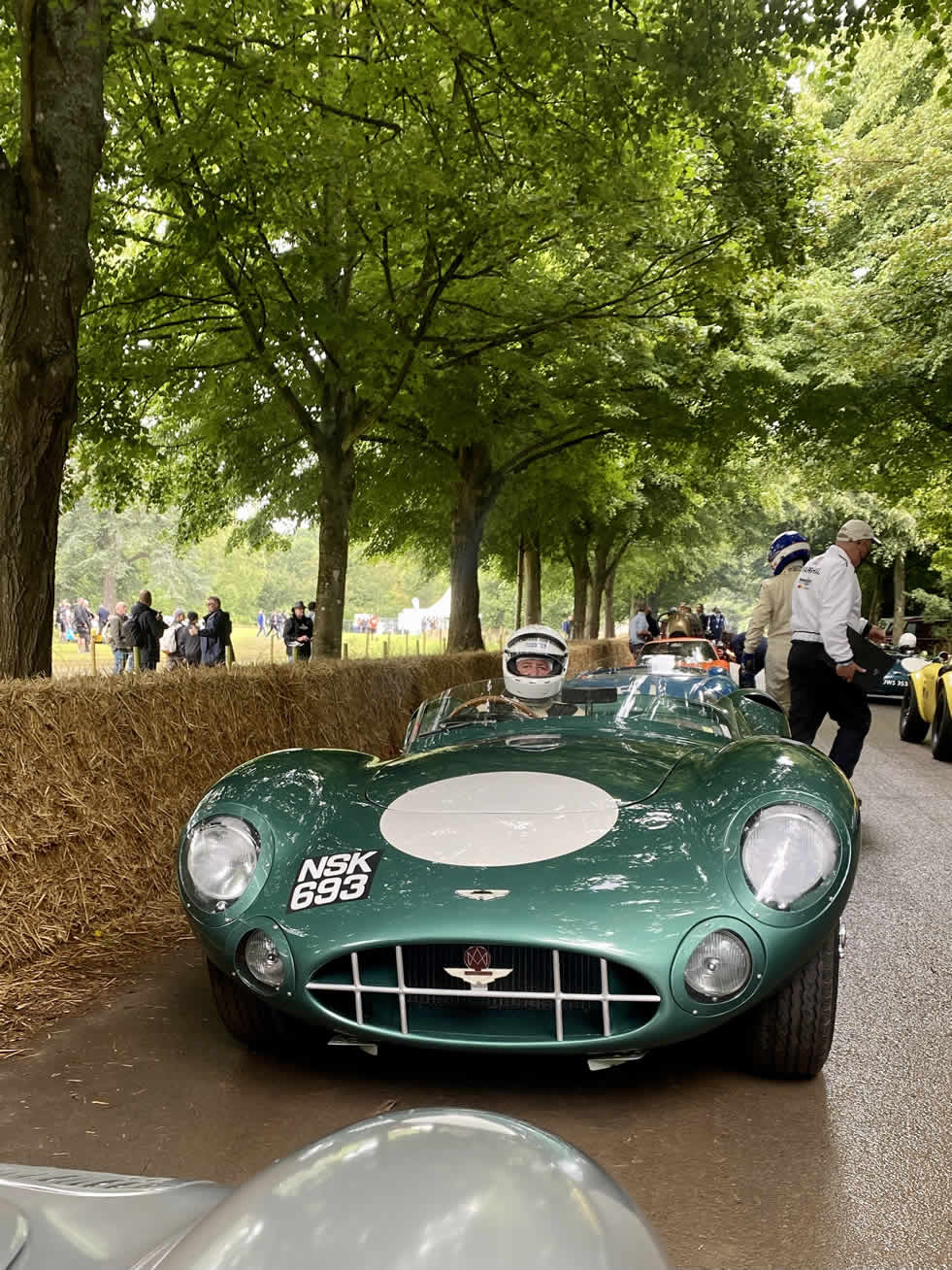 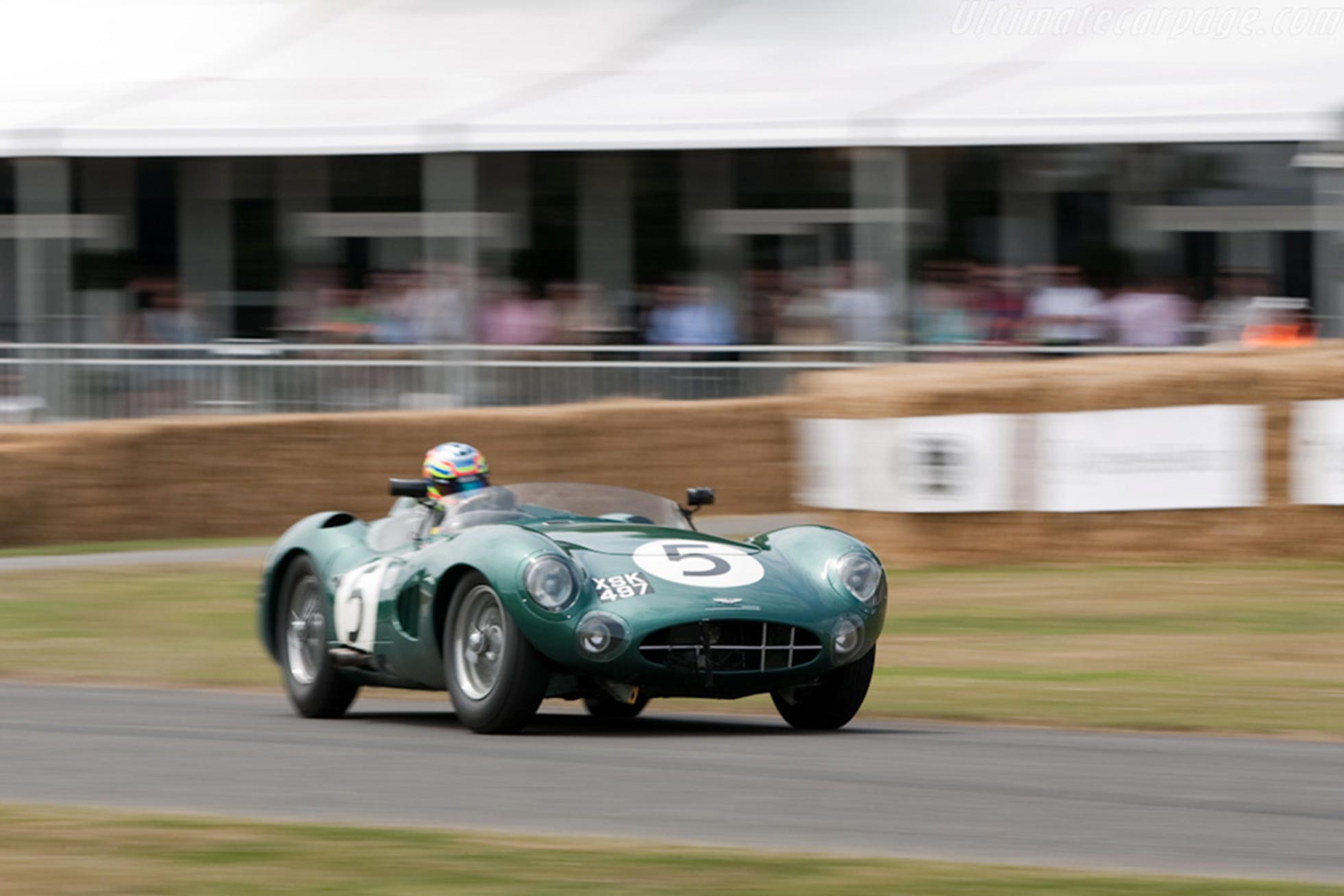 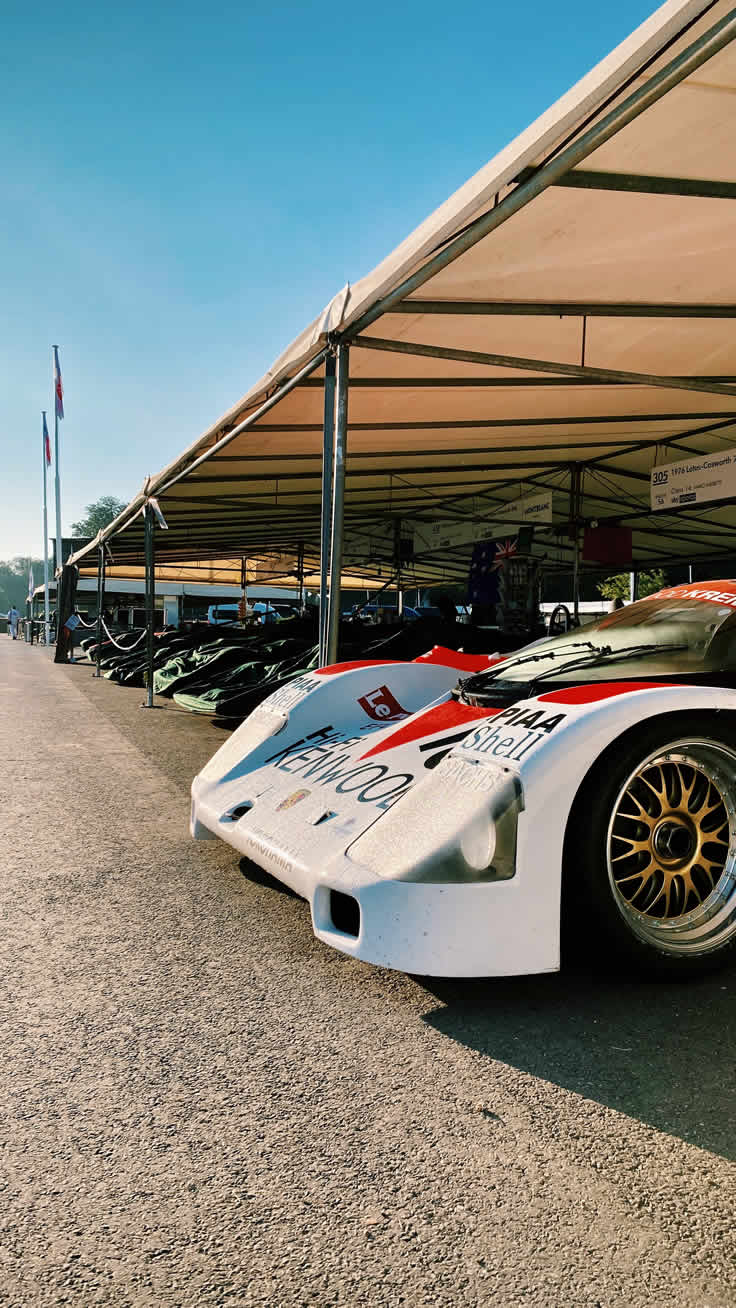 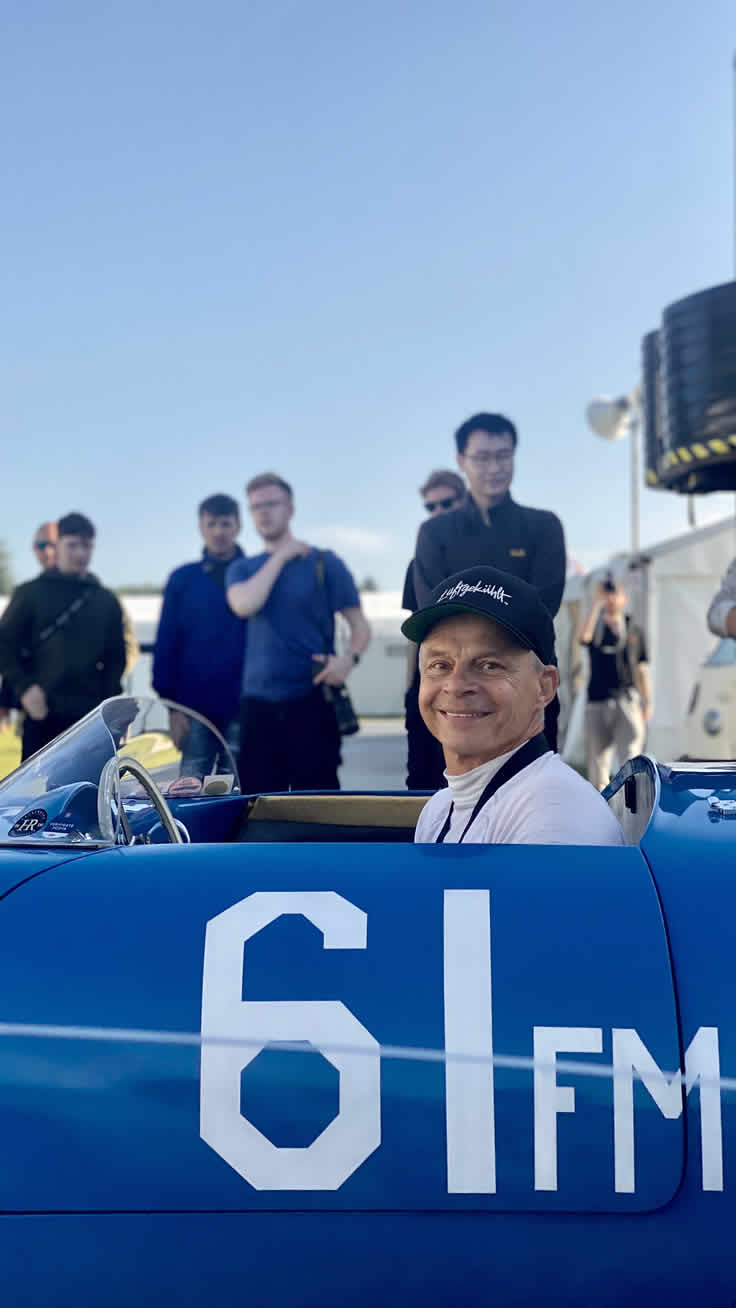 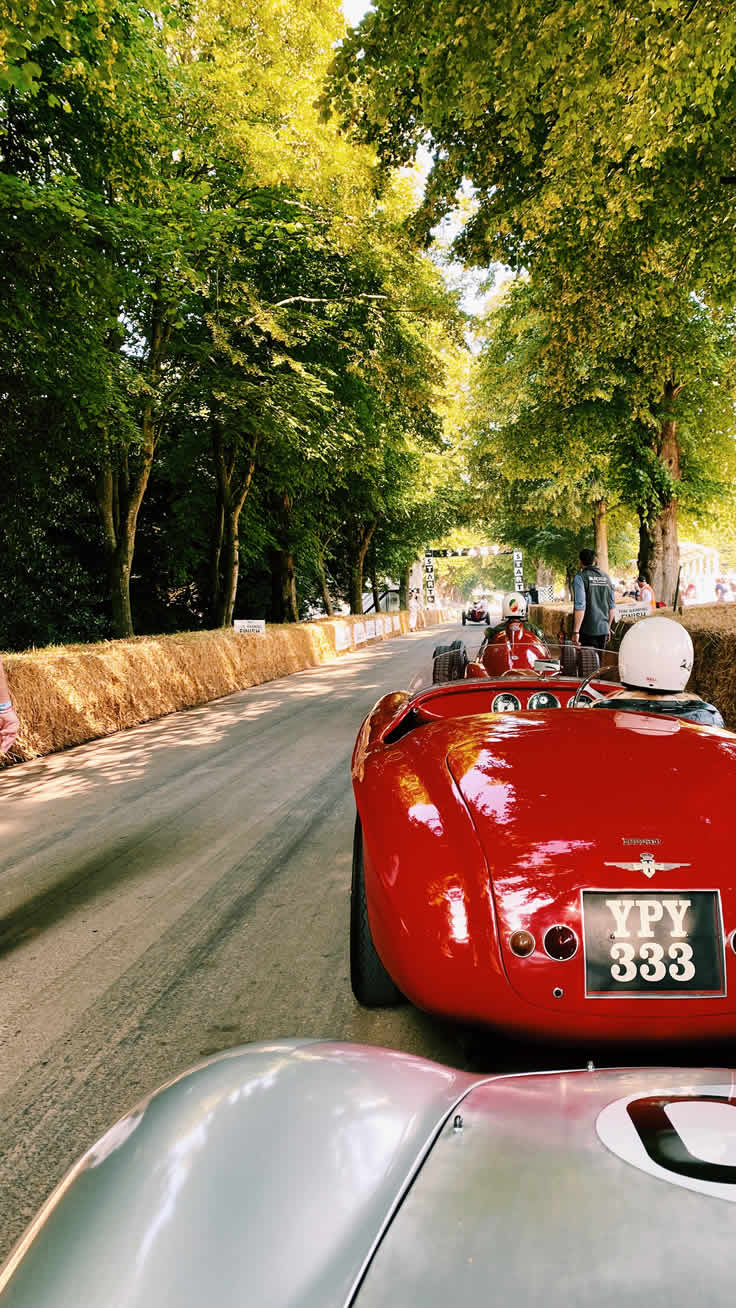 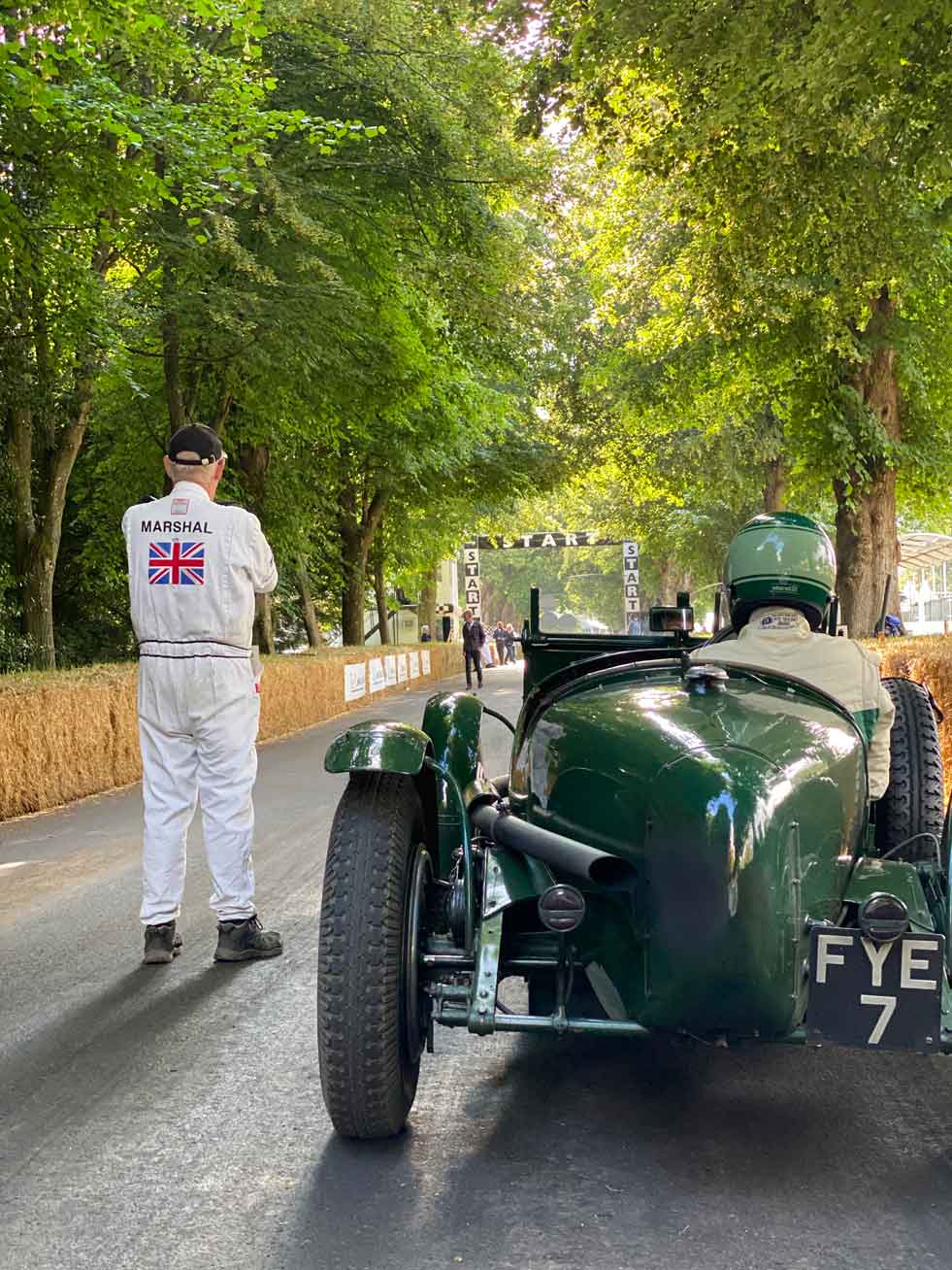 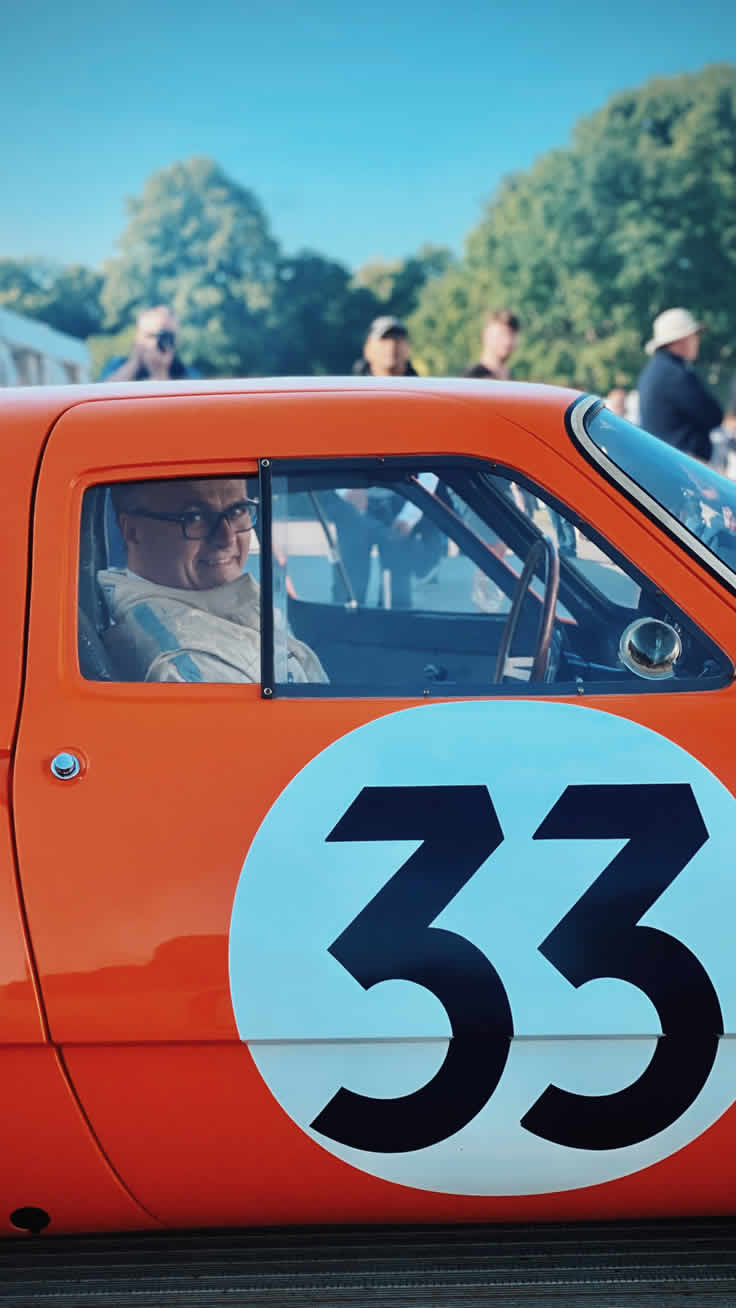 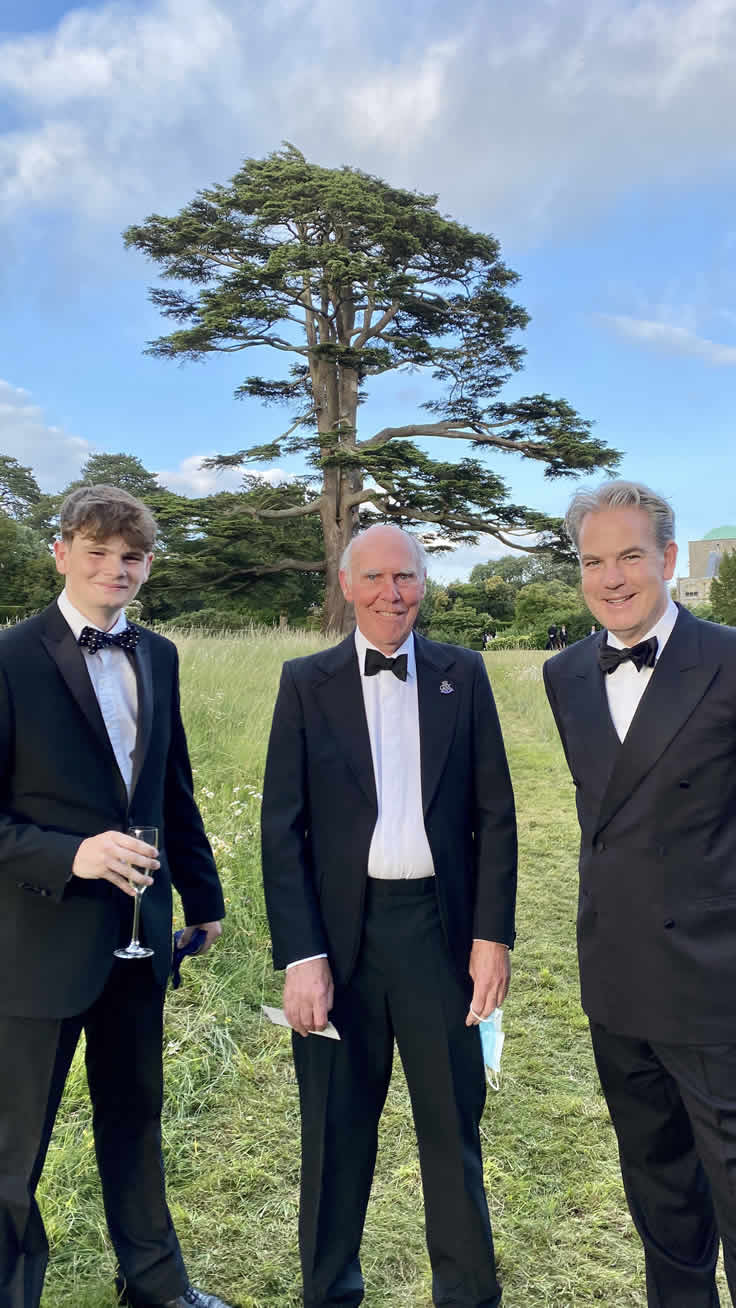 Finally, I got to have a go myself, driving a generous friend’s ex-Bob Jane, Australian Touring Car Championship Ford Cortina Lotus in 2010. If the DBR1 was the ultimate, this surely was the perfect first-time car, beautifully balanced on its Dunlop racing tyres and so easy to drift through the bends at the bottom of the hill.

Brother Charlie, by then Top Gear Editor, was also making his hill debut, in a new Ford Mustang that year. “JT”, he said, all serious all of a sudden, “just so we’re clear, the only way that the crowd looks at us going up the hill and marvels is if we are sticking out of a straw bale…”. He was right, of course, and as I lined up behind one of my all-time heroes (Steve Soper in his ex-DTM BMW M3), I knew for sure that discretion was the order of the day.

My next run would be in 2018, in our newly minted Paul Smith 2-litre 911, built so brilliantly by Tuthill Porsche and driven by young Charlie Settrington (now Lord March), friend and ace VSCC racer Marcus Black, myself and Richard Tuthill.

Not many people know this but the film of the ‘World’s Fastest Rainbow” on youtube is actually Richard driving, not me – even though it credited me... It was a truly breath-taking display of committed driving from someone who wrote the book on ‘doing skids’ in a 911 (as he would call it). My run was just as fun, not least as I had just raced the car at the Le Mans Classic and it was a crazy first summer of Sports Purpose, with Luft-GB to follow just a few weeks later.

So, back to the RSK. As it turns out, the encouragement and endorsement of an understanding and genuinely relaxed owner change everything. We stayed in touch throughout the weekend and I thought of Robert, brother Bart and father Albert every time we finished a run successfully.

Andy (Prill) gave me all the advice I needed to start and warm up the car safely and, once warmed, she was good as gold. Easy to drive down to the collecting area, easy to get in and out of (no seat belts, let alone roll cage), easy to see out of as we made our way up the hill. It’s always interested me that even great, Daytona-winning Porsche racing cars have that essential Porsche DNA – an integrity from their engineering-led design that inspires confidence, as proven on the race track time after time.

Philip confided to me after I had safely completed my last run on Sunday that it was a responsibility that he would not have wanted to bear himself. I understand that totally and it speaks volumes for his thoughtful and conscientious approach to the fabulous cars that we are lucky enough to have around us.

From my point of view, I have been lucky enough to get drives in cars that I could not afford easily to repair since I was young. It is indeed a huge responsibility and it needs taking extremely seriously. But I tend to approach all cars that are not mine the same – if you focus on the value too much, it could really overwhelm your experience. For me, it is imperative that we take every care but, equally, I was struck by the words of Robert just before I set off to Goodwood: “drive her carefully, but I don’t want to see her going too slowly!”

In summary, I guess the best advice is to know your level. Take time to look around and enjoy the event but focus ever so much on getting the car up and down the hill safely. That’s not at all a criticism of those who were unlucky enough to crash, just to say that not much beats the feeling of giving someone their priceless car back in the condition that they gave it to you.

A final thought. The stress of running the RSK was but nothing to the huge pressure on the Duke of Richmond and his family as they prepared to run this event for us all to enjoy. It takes over the whole of their space every year and the uncertainty in the run-up to it must have been horrible.  To the boss, his family, his brilliant team and also to all the marshals and officials, our unwavering thank you for one of the most special Festivals of Speed.