Oops! Something went wrong while submitting the form. Please try again.
home
ca.rs
- For Sale
- sold
- all
- car sourcing
stories
merchandise
About
- what we do
- Sports Purpose
- who we are
- our cars
Contact
A quick trip to my bookcase ensued, which soon became an afternoon of pulling out forgotten classics and the re-reading of favourite stories.

Three clients of Sports Purpose separately asked us if we could recommend some good books about Porsche this Christmas. That’s a fairly easy question to answer you would have thought, after all there are hundreds of books on the subject. However, I was keen not just to name the first titles that came in to my head so it gave me cause to think, “which really are my favourites?”

A quick trip to my bookcase ensued, which soon became an afternoon of pulling out forgotten classics and the re-reading of favourite stories. After much deliberation I had only narrowed it down to twenty so I decided to force myself to pick one title in each of six categories. That meant excluding some famous works however I found the list that resulted to be quite interesting.

Only two of the six books were published in the last 10 years and none are currently in print. I think that’s probably because the most compelling accounts were written by those who were around when it happened. Furthermore, all the titles are readily available second hand, several for less than £20. So, unlike the cars themselves, there’s no relationship between enduring interest and value.

Generally speaking, automotive literature has become glossier, more expensive and more collectable. It hasn’t followed that what has actually been written has become more interesting or important. Or maybe my tastes are just a little behind the times. Anyway, spend a few minutes on eBay to find a couple of the titles on the list and see if you agree. 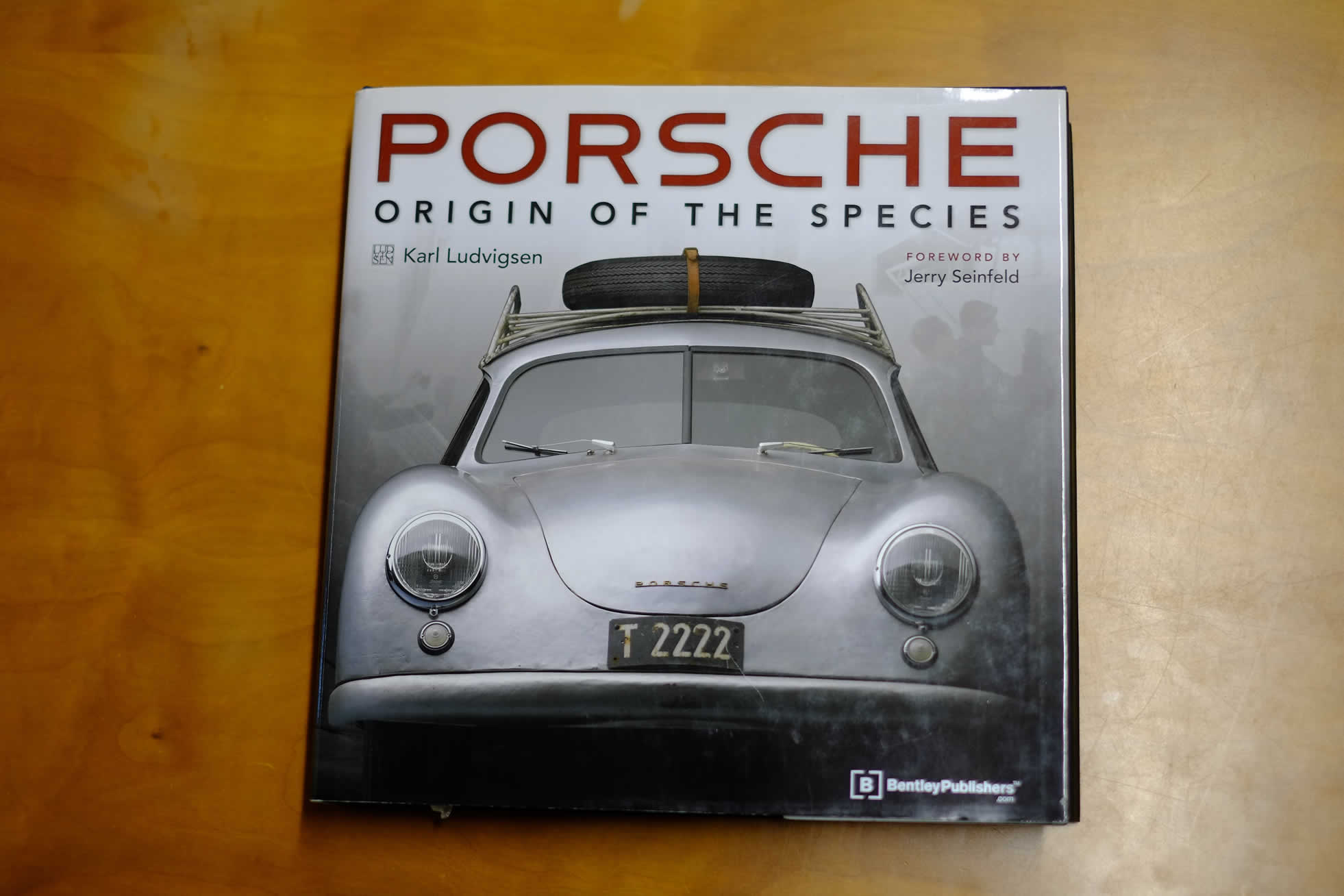 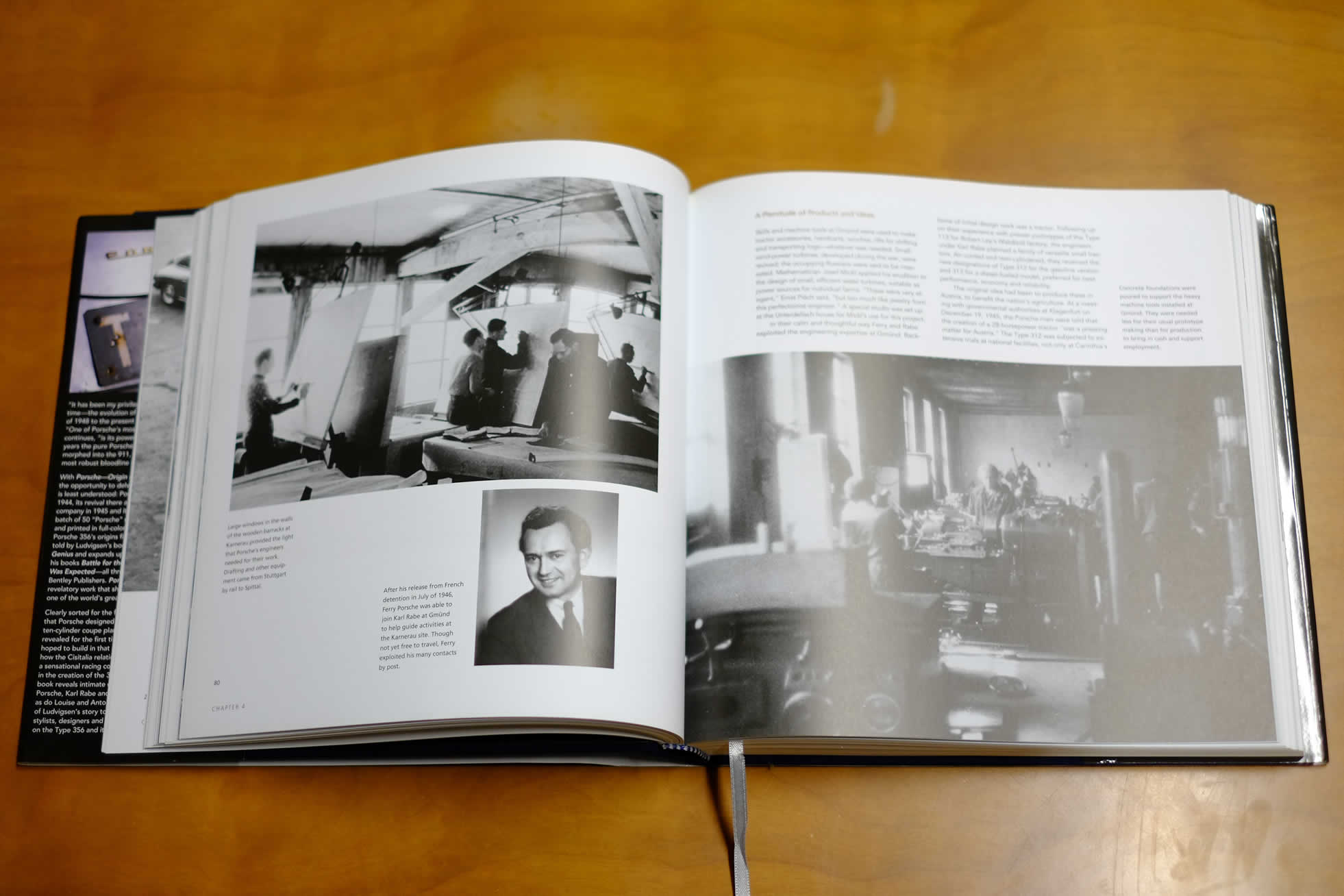 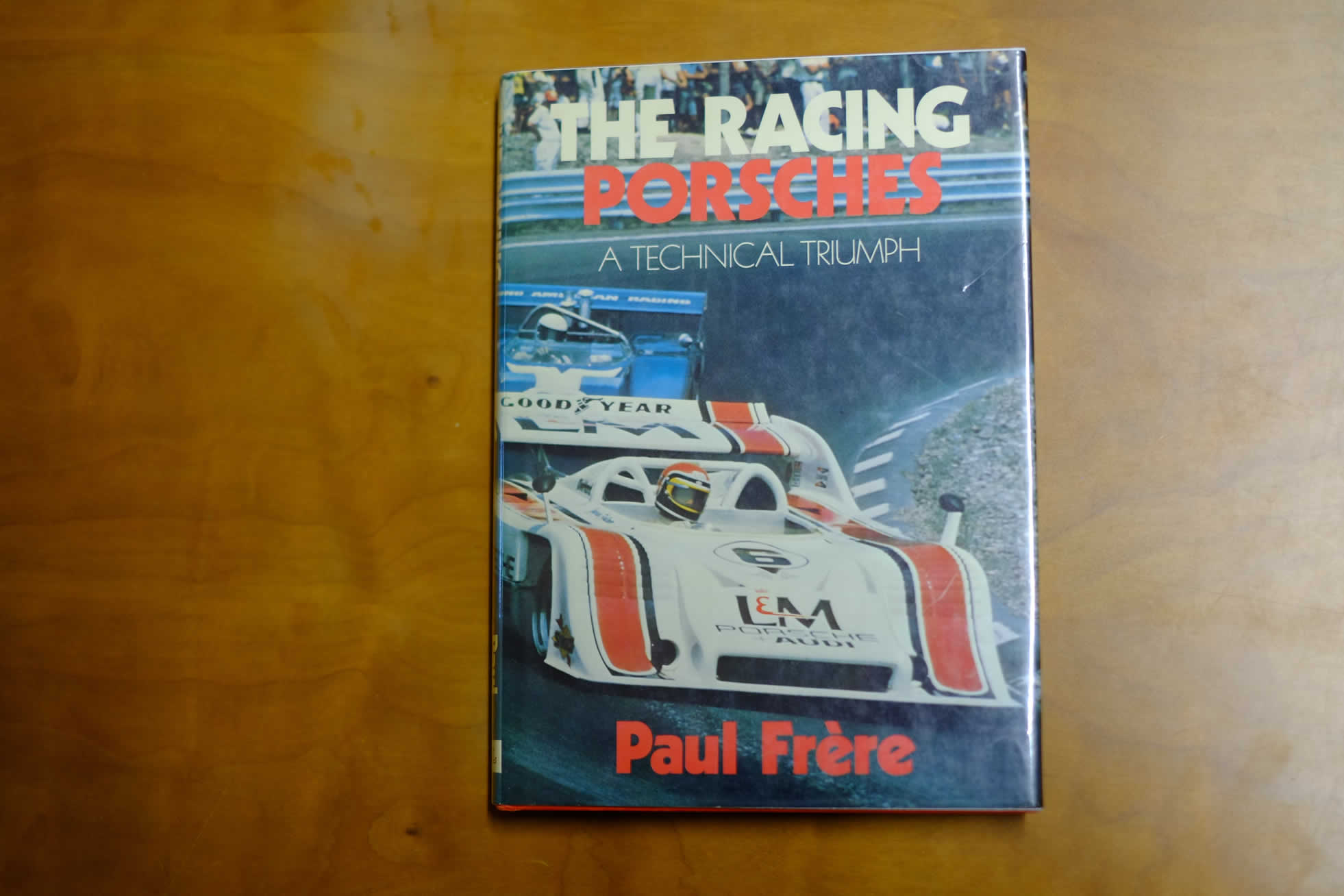 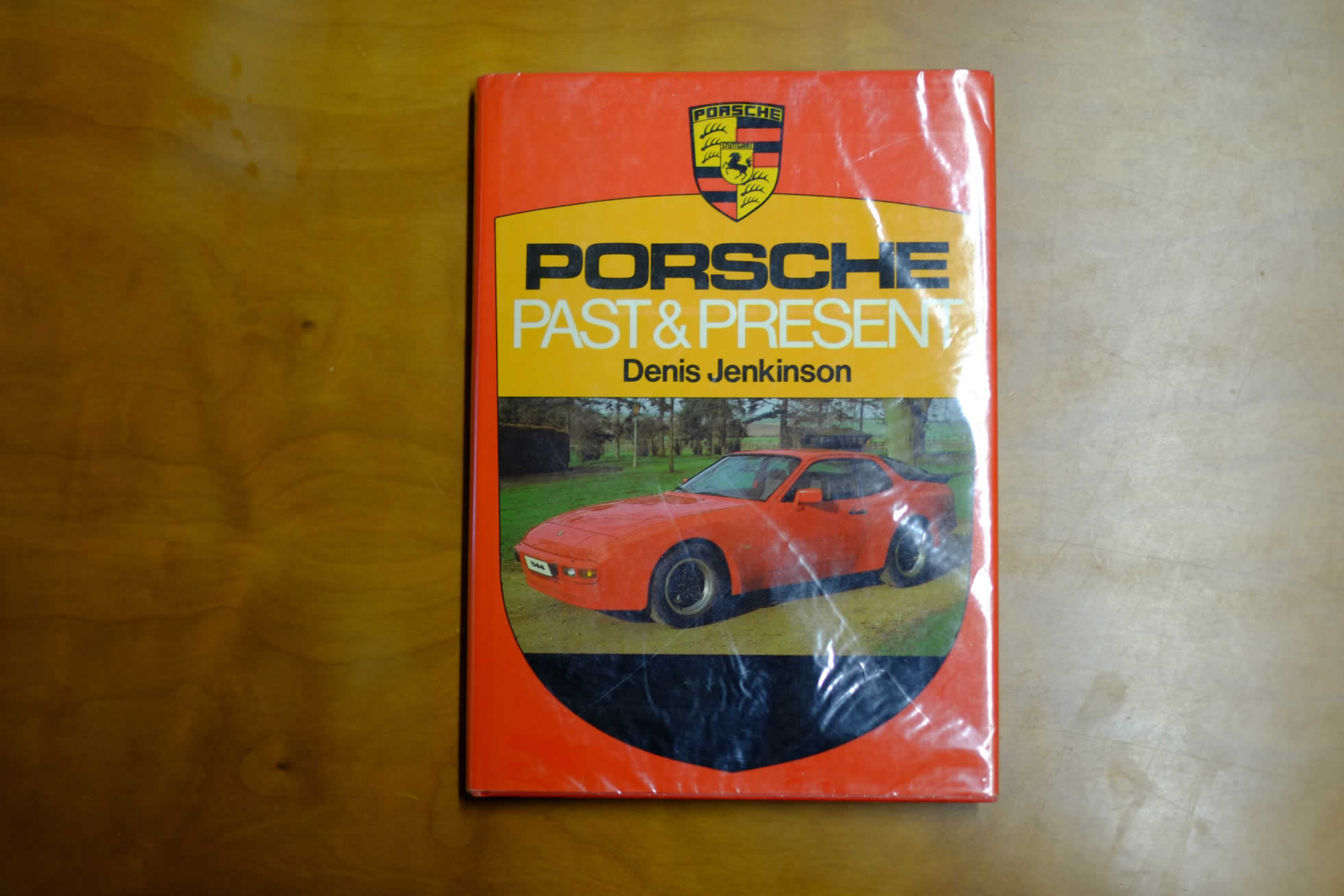 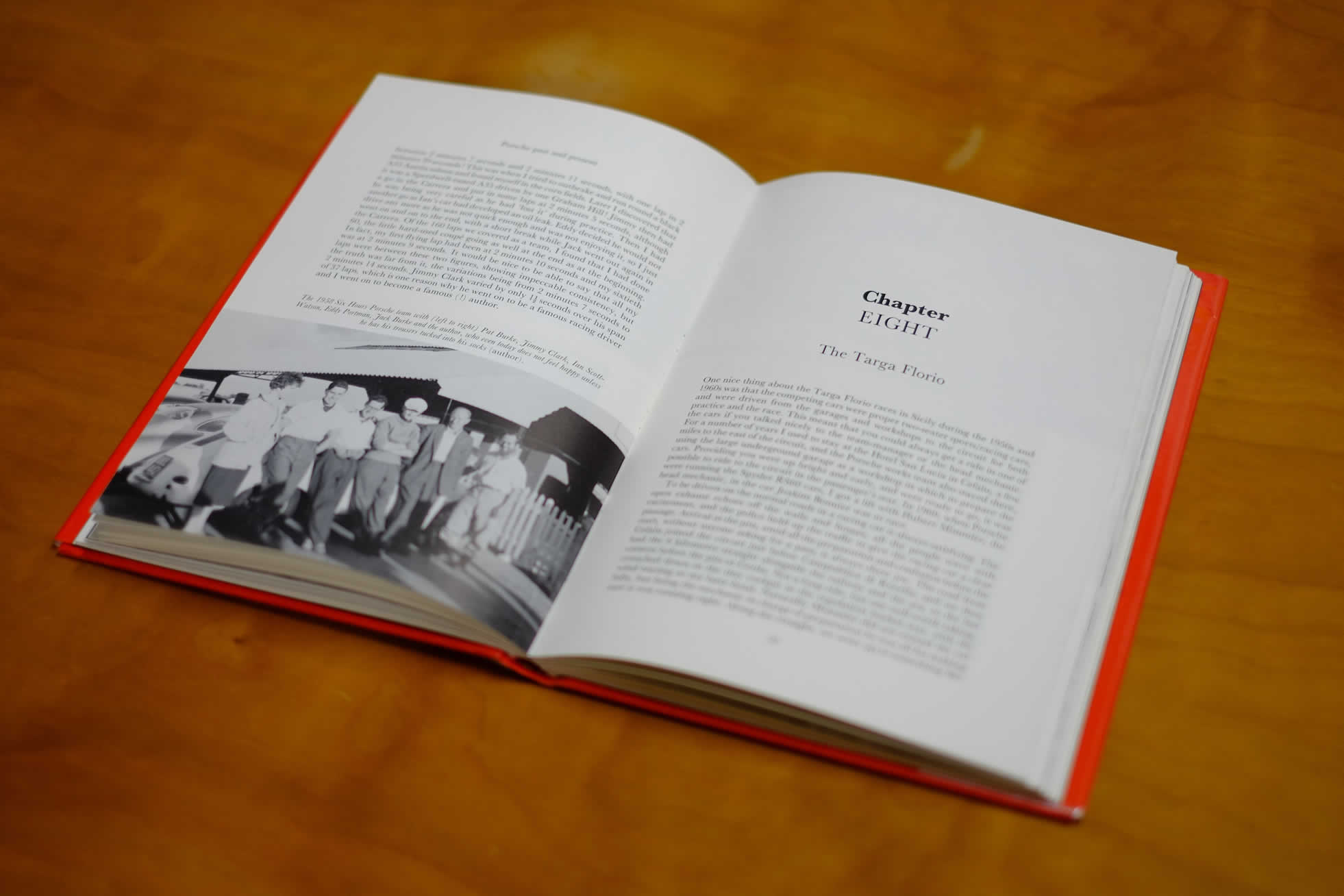 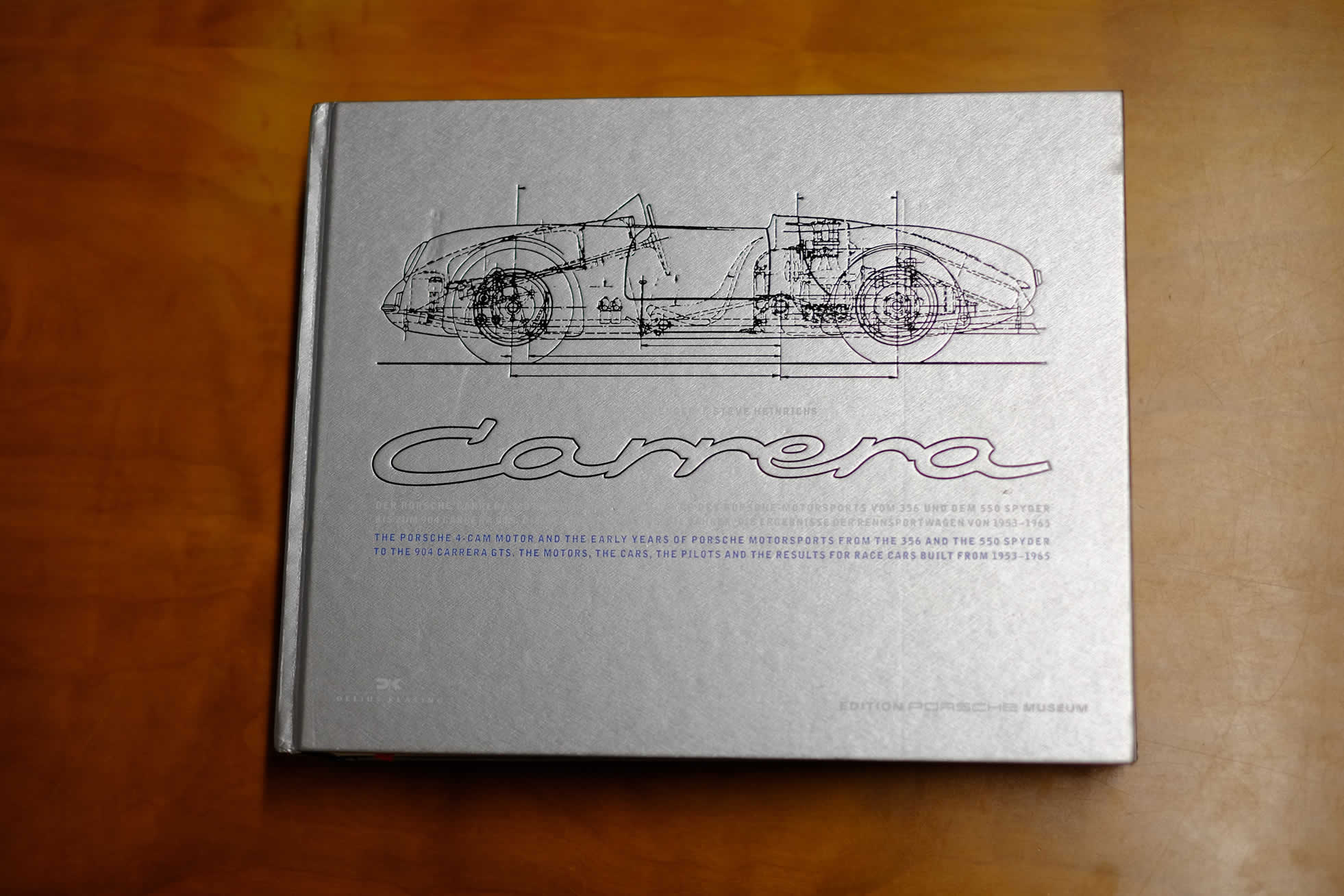 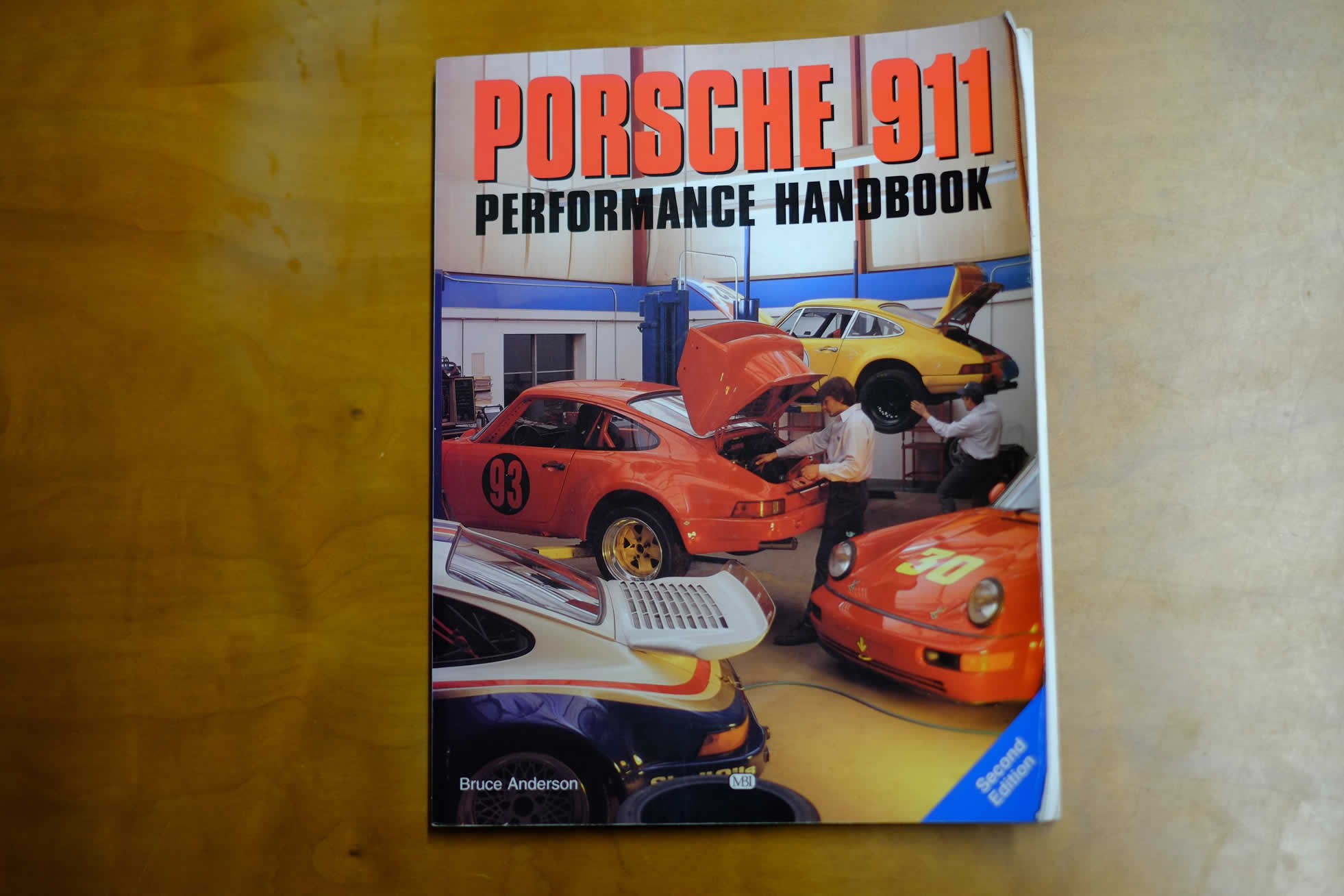 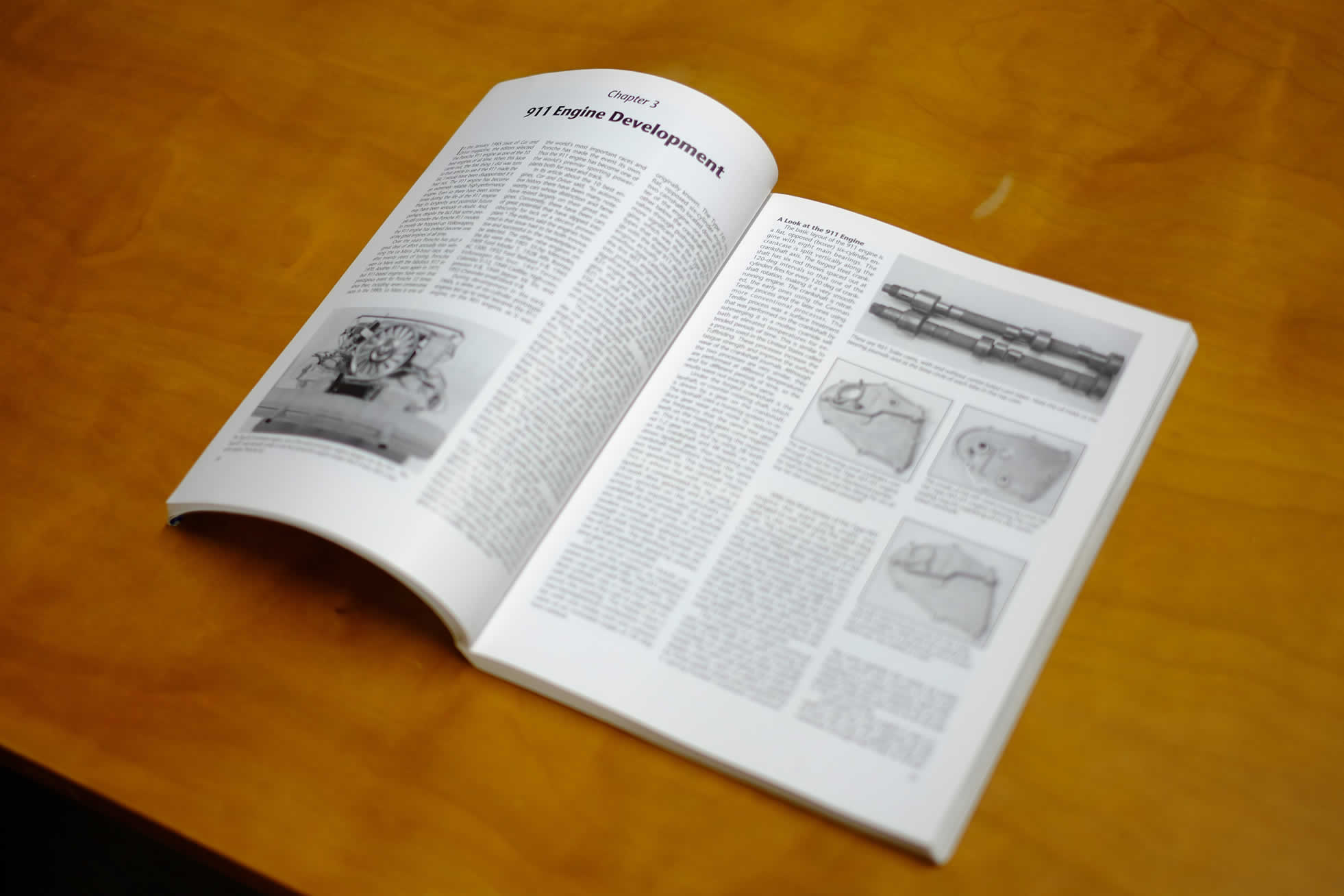 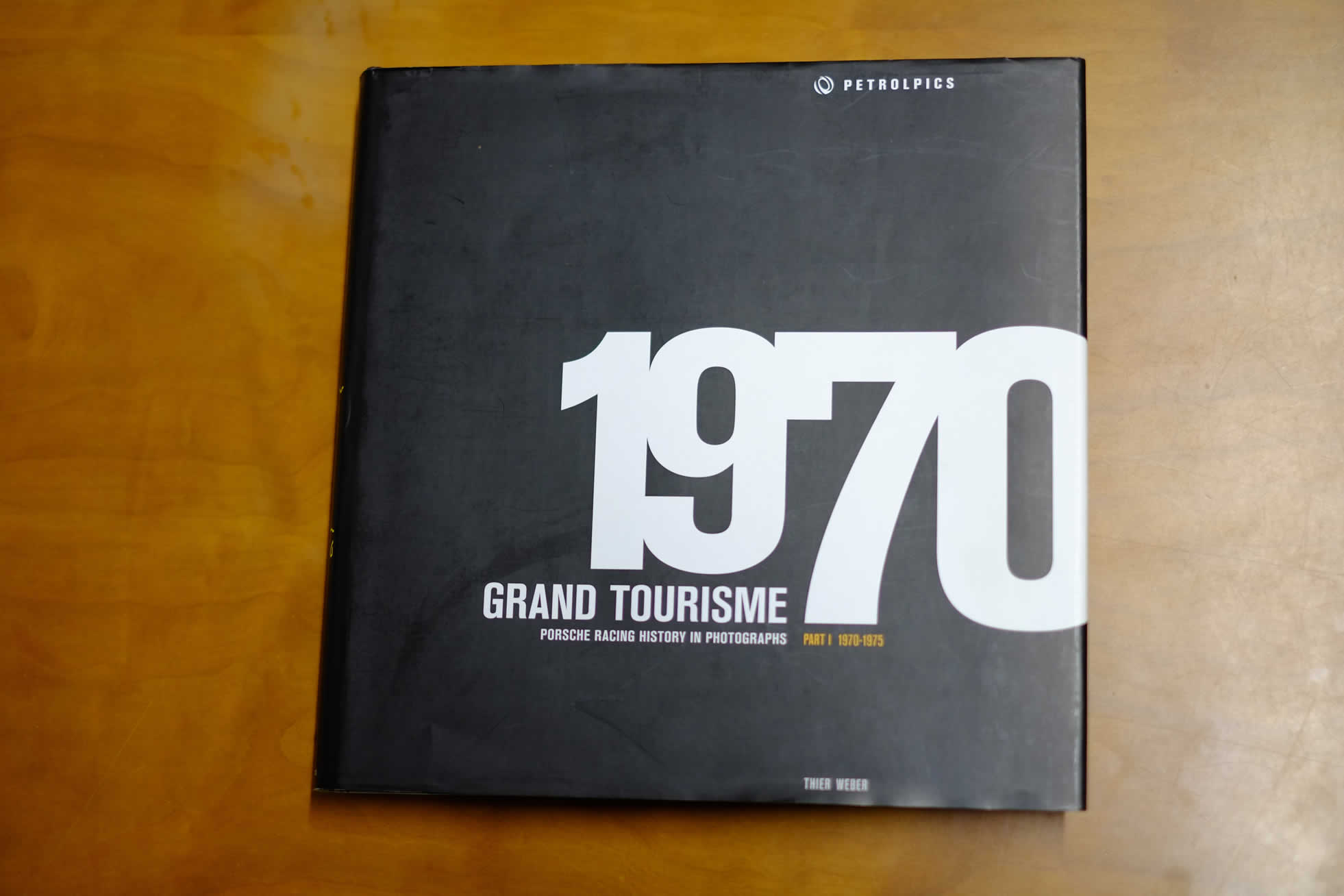 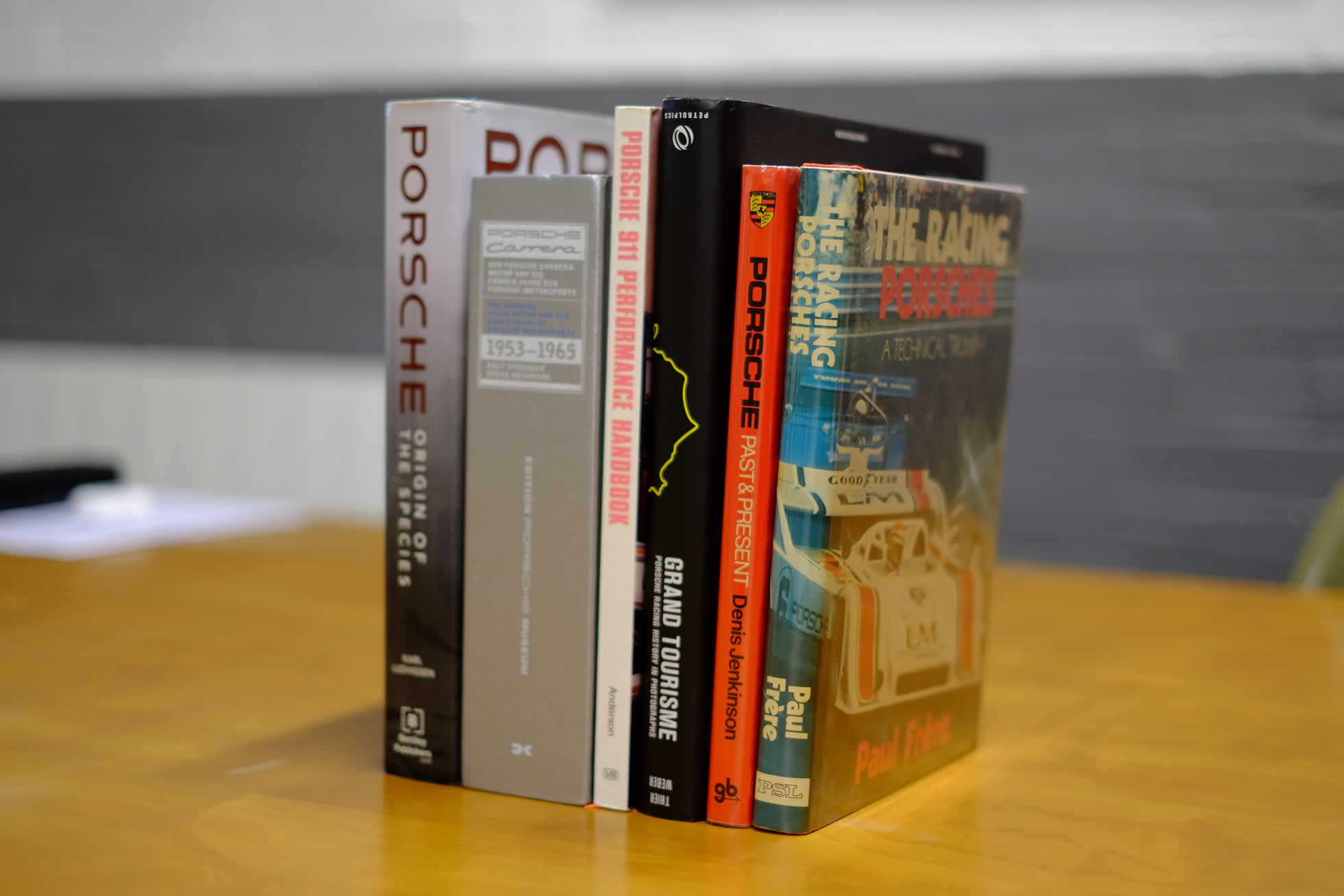 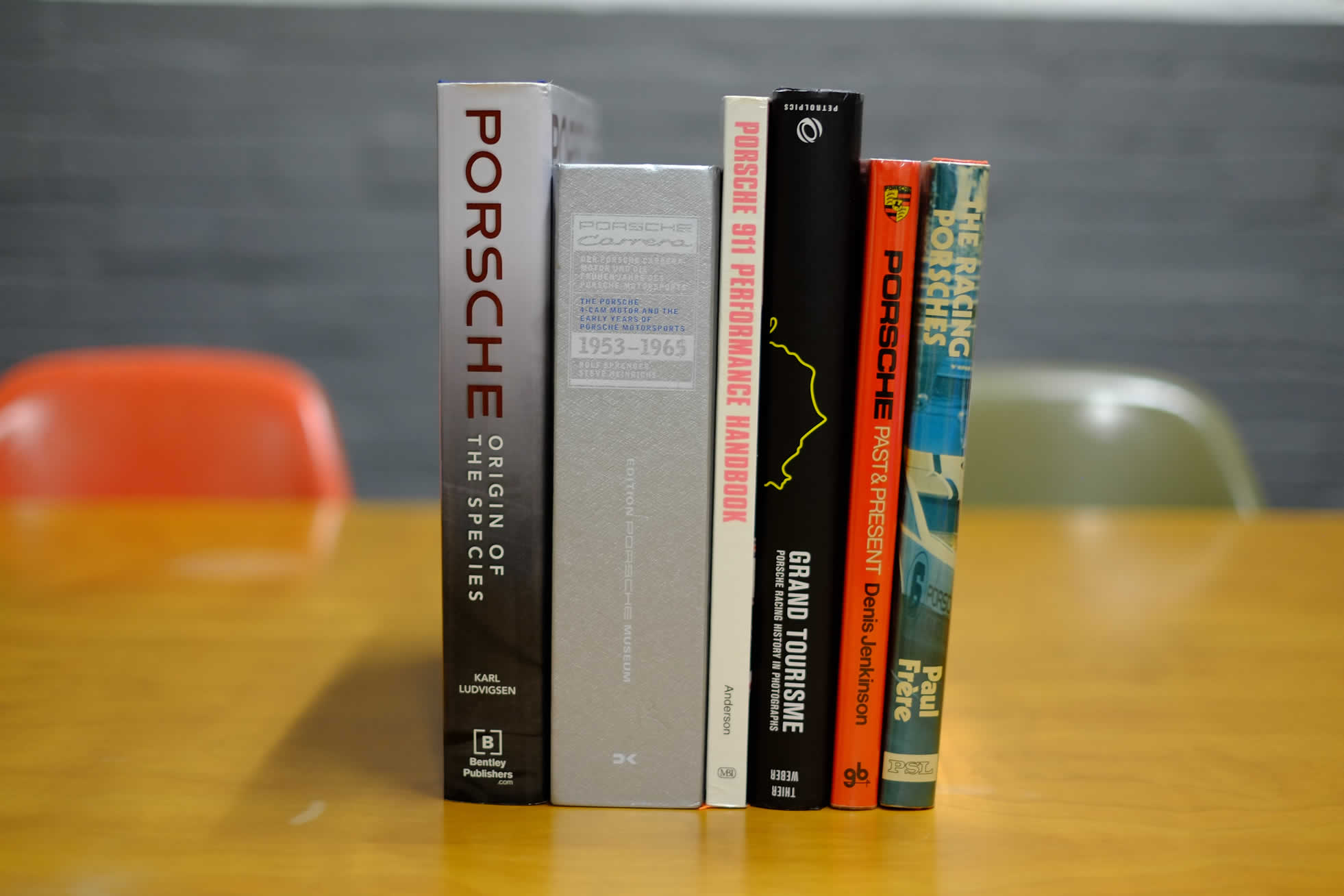 No list would be complete without a title from the greatest historian of the Porsche marque, Karl Ludvigsen. A senior executive from the automotive industry and an engineer by training, he has written over 50 books including the seminal work on Porsche, “Excellence was Expected”. That would have been an obvious choice however I have gone for one of his more recent works.

“Origin of the Species” tells the fascinating story of the earliest years of the Porsche car company as it built itself out of the wreckage of post-War Germany. Porsche’s genius for design has been at the heart of everything that has driven the company from the very beginning. However, what is less appreciated is the business acumen that it took for this ever to see the light of day. Having survived and prospered in this toughest of beginnings, the Porsche company’s path to success was set.

Paul Frere is another legendary Porsche author. A top level racing driver in his day, he drove for Porsche several times at Le Mans in the 1950s. After retiring from driving, he became a leading motoring journalist and his contacts at Porsche enabled him to write what is regarded as the reference work on the 911, “Porsche 911 Story”, now in its 9th edition. However again I am going to opt for one of his lesser known titles.

“The Racing Porsches” was written by Frere in the early 1970s and covers Porsche’s racing cars from the 904 up to the 917 - the so-called “Plastic Porsches”. This was probably the most exciting time in sports car racing and the pace of development was extremely rapid. Within eight years, Porsche’s front line racing car had evolved from using a four-cylinder 180hp engine designed in the early 50s to a twelve-cylinder turbocharged monster putting out over 1,200hp.

Frere’s book was written with the full co-operation of Porsche at the time and it contains an incredible amount of detail on development as well as racing. Frere frequently test drove the cars himself so his account in many instances really is first-hand.

Denis Jenkinson, or “Jenks” as he was affectionately known, needs no introduction. While not strictly speaking a biography, “Porsche Past and Present” is his own story of a lifetime spent owning, driving, and testing Porsches while reporting on the great motor racing events of the day. Jenks owned a 1955 356 which he bought new from the factory and then proceeded to thrash mercilessly for ten years on his journeys round Europe.

The stories are evocative, humorous and often daring. All most definitely couldn’t still happen today. Particular favourites are a dice with a Jaguar which almost results in Jenks rolling his 356 end over end, and a ride in Dickie Stoop’s new 904 racing car to collect a cream cake for his mother.

Jenks clearly had the respect of the Porsche factory and he was usually first to test the latest machinery. When visiting the race department in the late 50s, Von Hanstein throws him the keys to a Carrera fresh back from the Targa Florio. In the middle of being repaired, the car has no doors but that doesn’t stop Jenks from heading straight to the autobahn to find out just how fast it will go. Those were really were the days.

It was difficult to choose a single reference work to recommend. Georg Konradsheim’s “Carrera RS” is very hard to overlook as is John Starkey’s “R to RSR”. However, my vote goes to the superb “Carrera” by Rolf Sprenger and Steve Heinrichs. This catalogues the history of the famous Fuhrmann 4-cam engine, evolutions of which would power Porsche’s racing cars for over a decade. A fabulously complicated, jewel-like piece of machinery, it was designed using slide rules and graph paper by some of the most talented engineers of the time.

The authors were given full access to Porsche’s archives and have produced a rigorous, almost scholarly, record of the engines, the cars and the events in which they were used. It is inevitable when compiling this quantity of data that some detail errors will creep in, however one cannot fail to be impressed by how much information has been distilled and organised into such an attractive volume. A must have for anyone with an interest in Porsche’s early racing history.

Written by Bruce Anderson, who spent many years engineering Porsche race cars in the US, “Performance Handbook” is a detailed explanation of the technical aspects of the 911 as they evolved during the air-cooled era. It is effectively a record of Anderson’s learnings from hot rodding everything from a standard early road car to a fire-breathing 935.

It’s not the sort of book one reads from cover to cover but it is full of insights and rewards some careful study. I won’t claim to understand everything in it but the challenge of doing so still has me picking this book off the shelf twenty years after I bought it.

1970 proved to be a pivotal year in the racing history of the Porsche 911. The FIA created a new class called “Group 4 Special GT” which quickly became the main category for GT cars at the major European sport car races during the 1970s. This allowed manufacturers greater freedom to modify a homologated car and as a result Porsche started developing the 911 to optimise its racing performance. As has been the case with Porsche since its very earliest days, these racing modifications soon inspired changes to the road cars sold to the general public.

“Grand Tourisme” charts this evolution through the photography of Josef Weitz, who spent a life time recording German motor racing, predominantly at the Nurburgring. Organised chronologically, these photographs show the surprisingly important role played in the early days by privateers who designed their own solutions while the factory race department was busy with the 917. Proof if it were needed that racing improves the breed.