Oops! Something went wrong while submitting the form. Please try again.
home
ca.rs
- For Sale
- sold
- all
- car sourcing
stories
merchandise
About
- what we do
- Sports Purpose
- who we are
- our cars
Contact
"There are many aspects in the 911’s favour when we come to considering perfect."

For as long as I can remember, I have wasted many happy hours thinking about how to specify my perfect 911.  I remember pitching one Richard Tuthill on what we would now call a Singer style car long before they had done that pivotal first EVO test with Dickie Meaden.

The good thing about this question is that there is no single correct answer.  In fact, there are more questions than answers and everyone will feel differently as to what the solution is.

There are many aspects in the 911’s favour when we come to considering perfect.  The quite extraordinary model longevity – in particular from the first production cars in 1964 to the end of that G Series run in 1989, with a fundamentally unchanged body shape and drivetrain, has allowed many to combine elements from different eras as they see fit, to differing effect and with varying success.

Some – not least our purist historian Philip – would no doubt consider that ‘standard’ is perfect.  Whether the 993 that he has had from new is more perfect than his beloved right hand drive TR is a moot point.  And a TR is hardly a ‘standard’ car.  Of course, the roots of the Sports Purpose term were in the Porsche catalogue that listed enhanced and upgraded components so that customers could use their Porsche ‘for sports purposes’.

Others – surprisingly many, really – love nothing more than the chance to improve on Porsche’s best.  Anyone who has been lucky enough to drive something like Tuthill’s ice driving 1967 911S short wheelbase with the six year younger 2.4 engine knows what fun lies ahead.  Of course, this brilliant, capable little chassis is able to handle more power – which begs the question, how much is too much?

I have driven plenty of enhanced 964 RS cars but I love the fact that my old Maritime Blue car drives as the factory thought it would after 30 years of honest labour.

Our Paul Smith art car race car is, in so many ways, my ultimate ‘forever’ car – a one-off that I was incredibly lucky to make thanks to a combination of good fortune and good behaviour.  I plan to still be smoking around in it, on event and on tour, for a long while to come. However, the art car is currently configured as a pure race car, albeit one that we will run on the road for fun this summer, with a passenger seat and appropriate tuning.

So, one of my oldest friends and I came up with the idea of building our perfect roadgoing 911, something that we could build, use and enjoy together, from the initial chats regarding specification and details through the long months of seeing the car coming together into the most important bit – driving!

One of my fundamental beliefs about cars today is that they are just too fast.  Not just outright fast, but too easy to drive fast, too big because their big engines require big brakes, big tyres, big suspension.  Sadly, this all too obviously applies to the 911 now – I would say that the 997 was the last platform that felt like truly 911-like. Perhaps this is all a bit Pseuds Corner but I don’t think I’m the only one saying it.

Take this a step further and consider one of my favourite cars that we have sold – Olive, the Olive Green ST rep built with my input when I was at Tuthill.  It was the logical evolution of the famous Viper Green car that Richard had previously built with Chris Harris.  It was… epic! We sold it to a top fellow who prefers it to his toolroom copy ST.  It worked, remarkably well, easily as quick as the GT3 RS of the time.  It’s more fully described on our For Sale pages.

But, and it’s a big but for me, you found yourself travelling everywhere at warp speed.  Opening the taps on the Junction 11 M40 slip road one morning, by the time I joined the motorway we were tanking on in top, in a car geared to about 160 mph. Probably a bit too much, even if it was ginormous fun.

I remember very well putting the first four parties interested in the car off buying it – it was superb but so quick, with no systems either.

So, all of this has informed my approach to my ‘perfect 911’. At the same time, we have been having great success with the 2 Litre Cup.  Pre-Covid grids of over 40 pre-66 911s, all built to the same regulations. I well remember the first half of one race at the superb Dijon-Prenois circuit (go and try if you haven’t, it’s a perfect 911 circuit) with multiple historic race winner Andrew Smith dicing with former McLaren Award winner Andrew Kirkaldy door to door for 45 minutes. “That”, Smithy said, “was probably the best race of my life”.  These little cars are not that quick with c.200 bhp and 1,000 kg but, on the brilliant Avon tyres that we use, they are so pure to drive.  If the two Andrews were happy, that was proof that it’s not all about outright speed.

I would say that my favourite standard pre-89 911 is a probably a 1967 911S – the nimbleness of the short wheelbase chassis combined with multiple improvements such as more power, better brakes and hugely improved suspension.

Another factor that has been in my subconscious for a long while is the Porsche Special Wishes programme, or Sonderwunschas it was known.  This is programme that gave Count Trossi a roadgoing 917, Herbert von Karajan a roadgoing RSR and Mansour Ojeh a roadgoing F1 TAG Turbo-engined 930…

Sonderwunsch only started in the 1970s but but the factory did build one-off Versuch (experimental) cars before that, used for both development and also VIP customers (including family members and favoured factory racers). There was less aesthetic enhancement (in terms of trim and funky colours) but nonetheless it shows just how far back the idea of carefully enhancing your 911 goes.

With all this in mind, we came up with the idea of building a 911 as if Sonderwunsch had existed in the 1960s – using our connections, knowledge and feelings as drivers.

A rough specification came quickly.  It needed to be genuinely possible, something that we can imagine von Hanstein or Sprenger rolling out for a suitable big wheel. 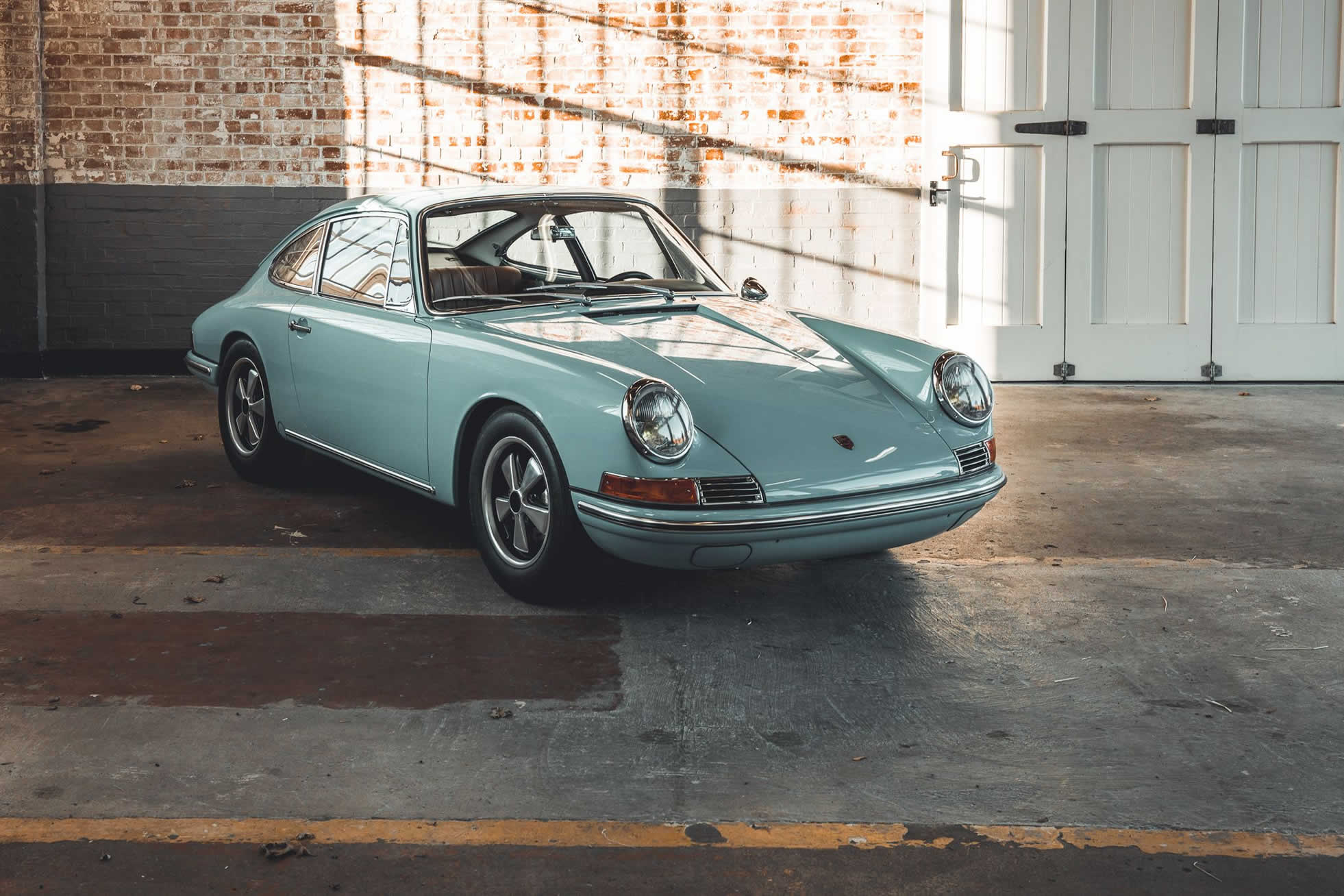 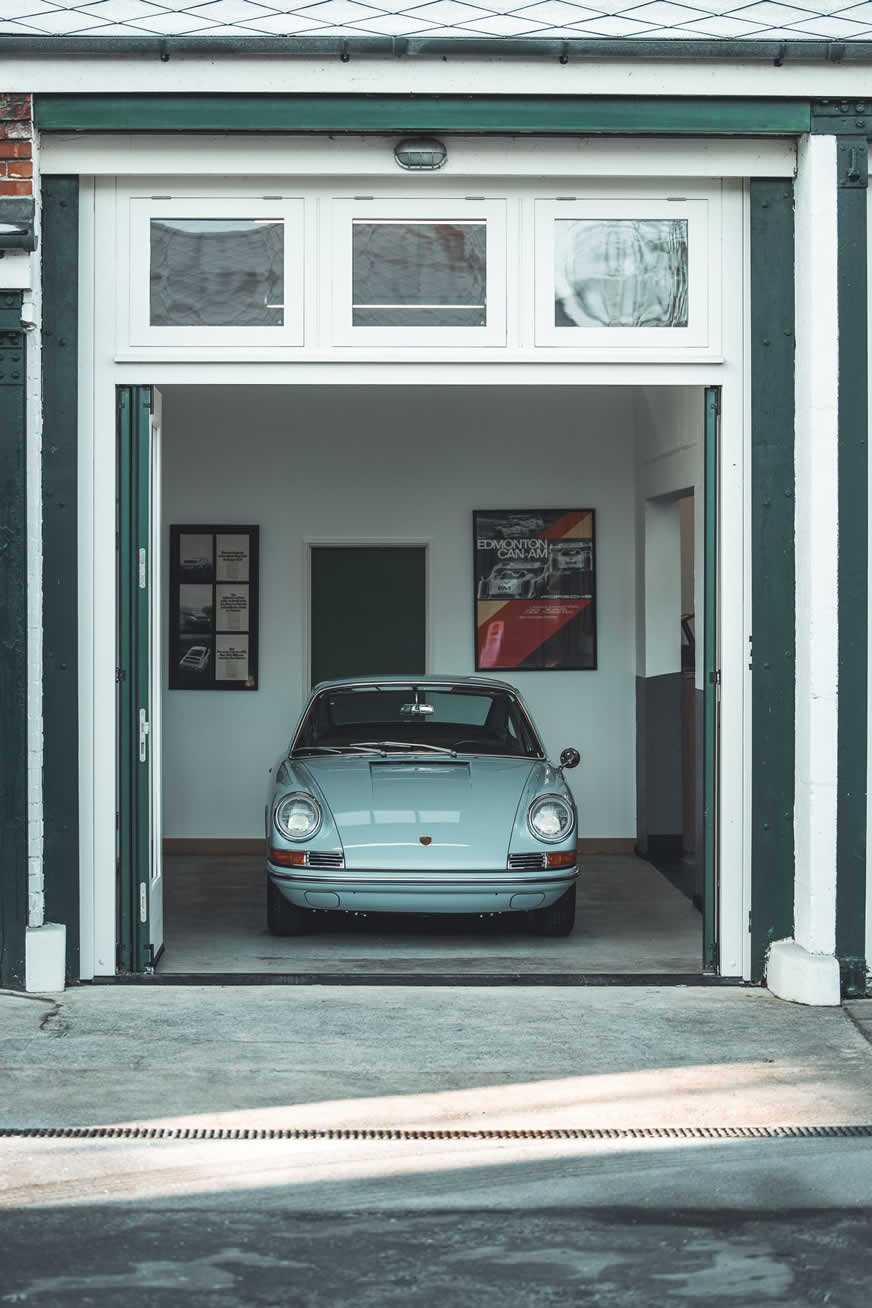 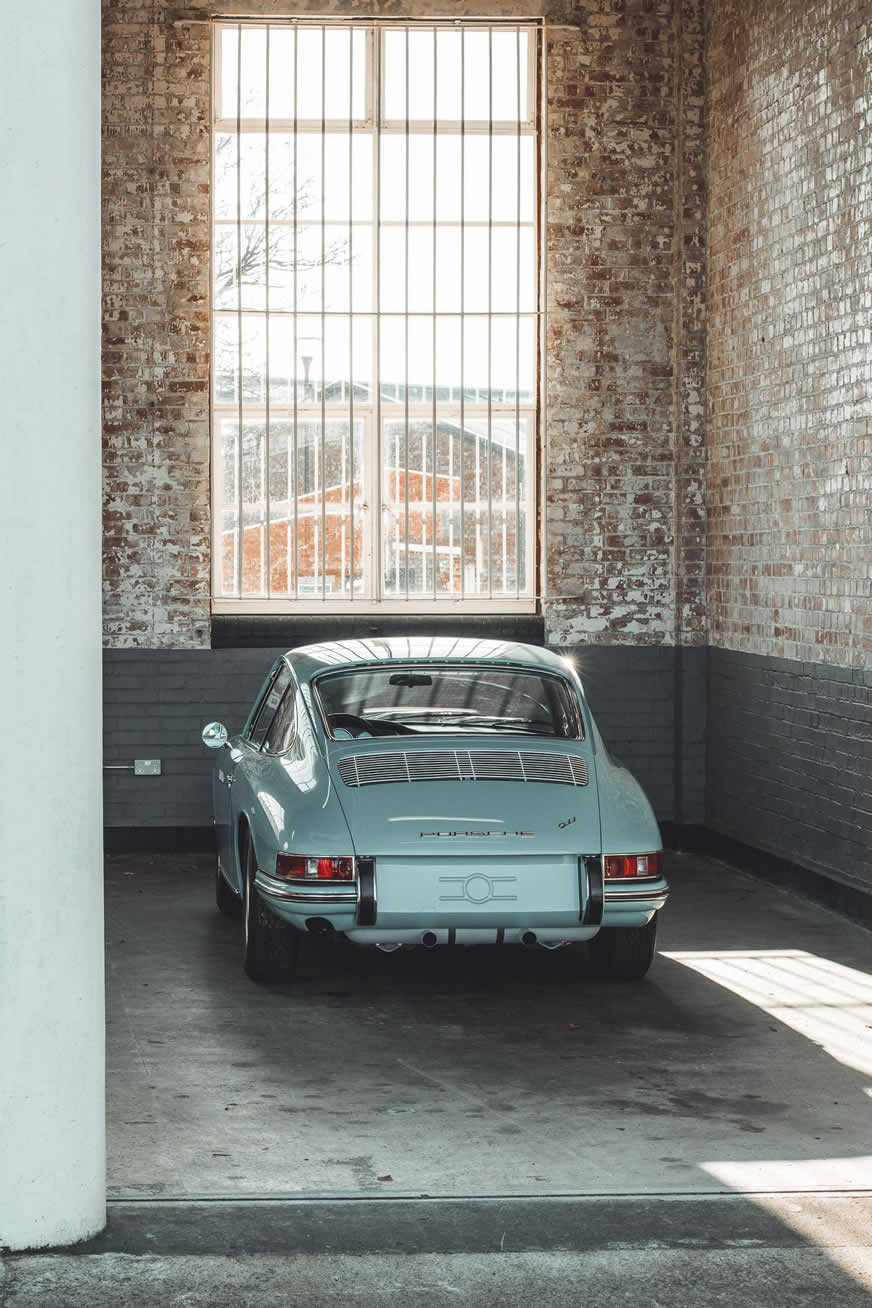 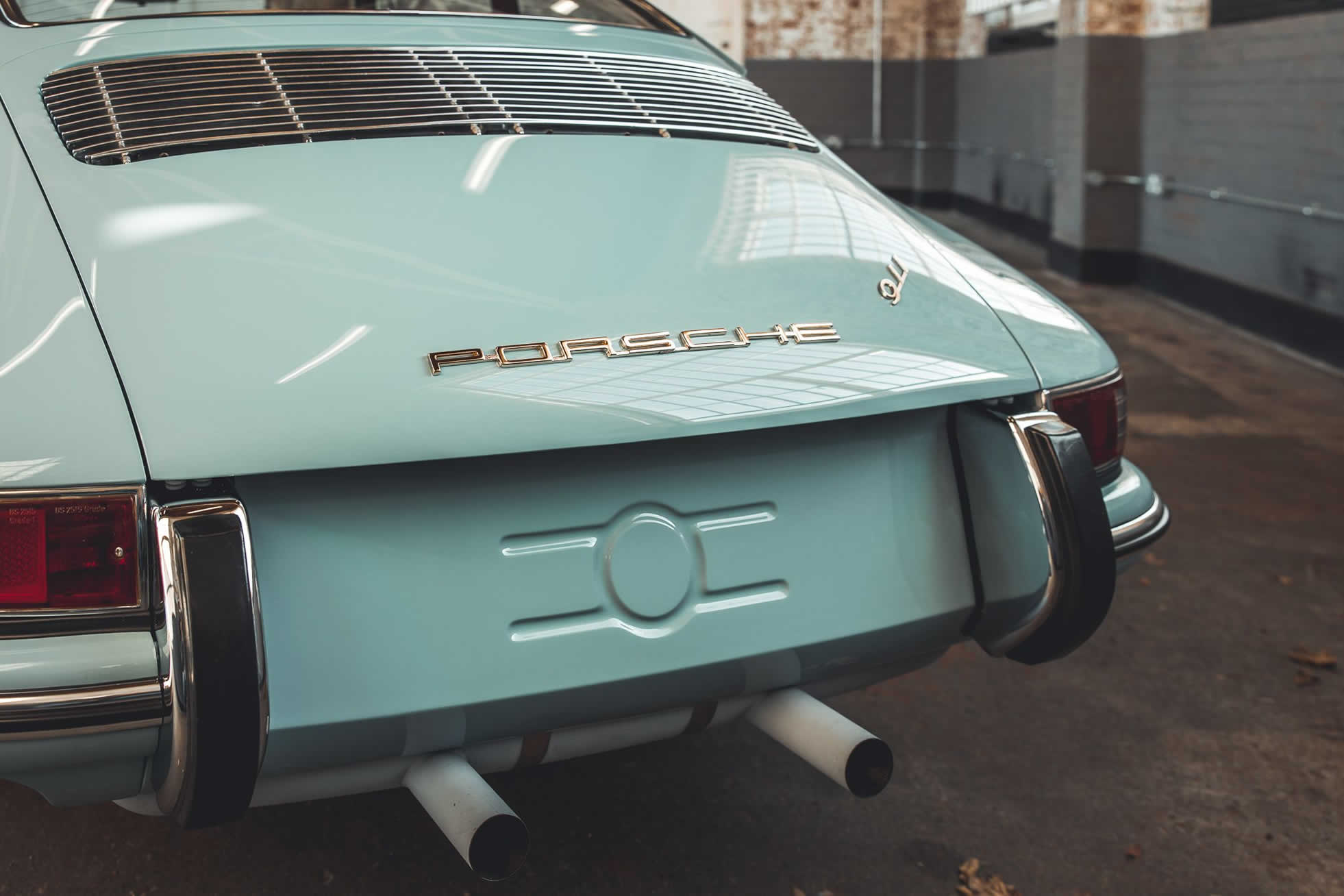 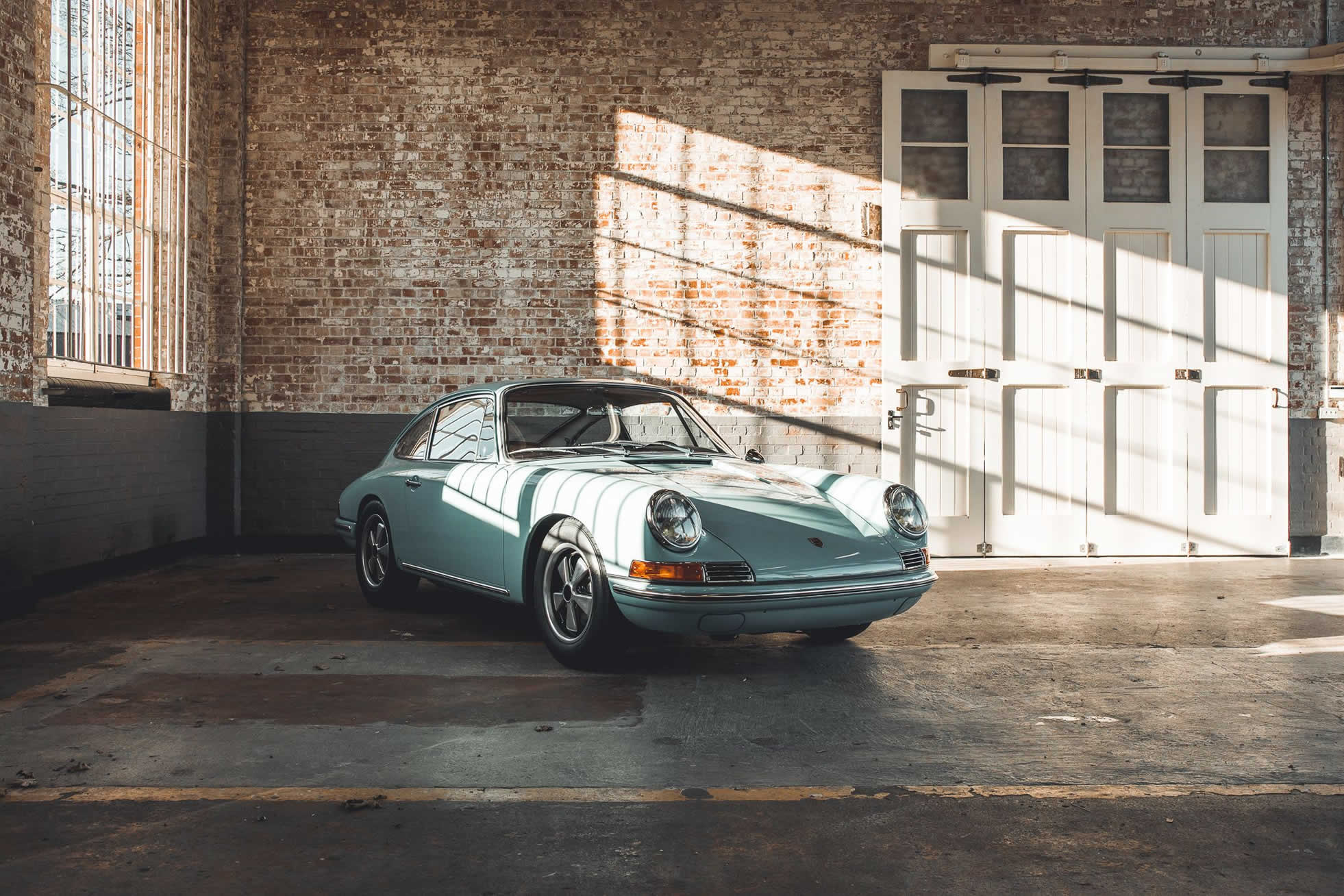 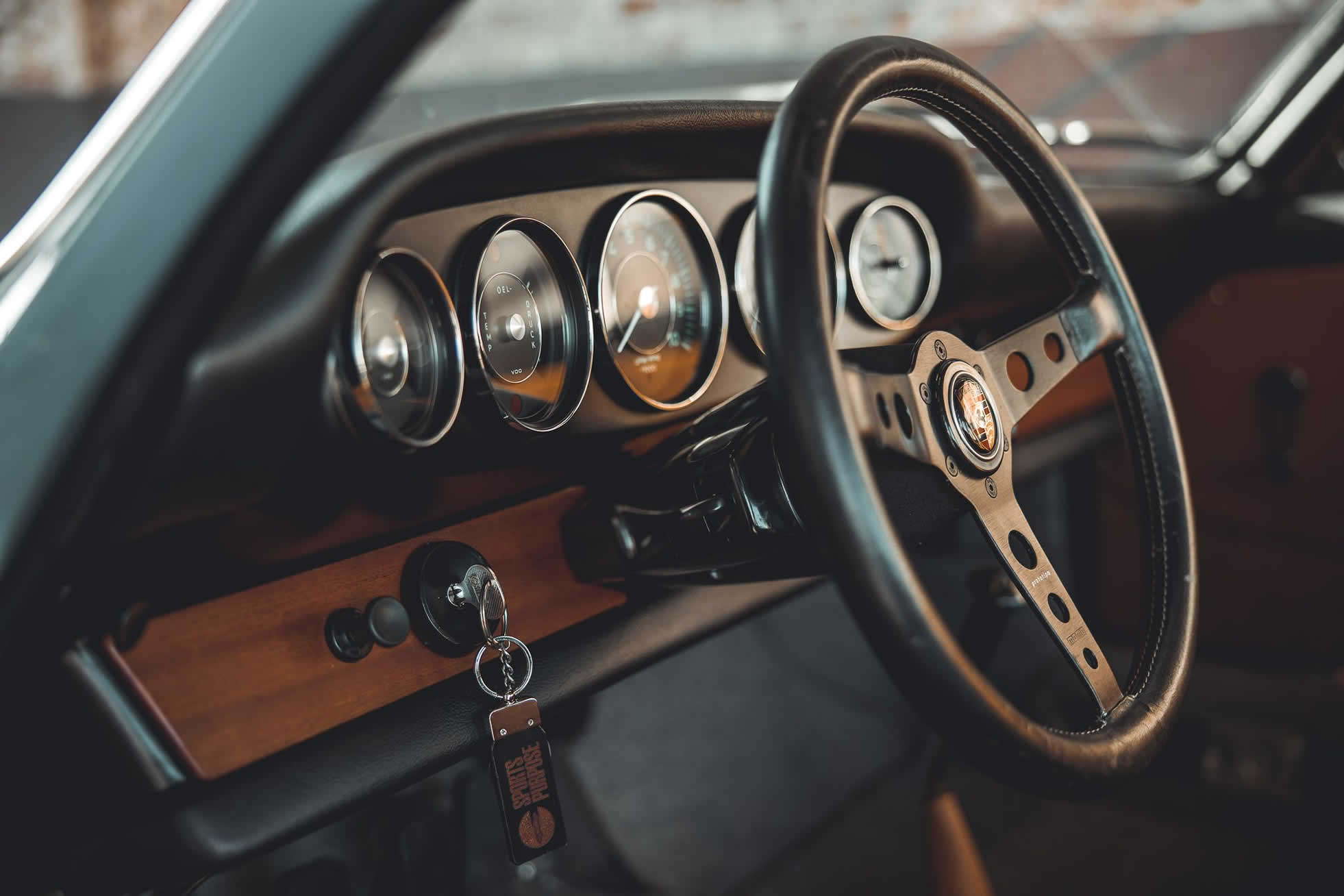 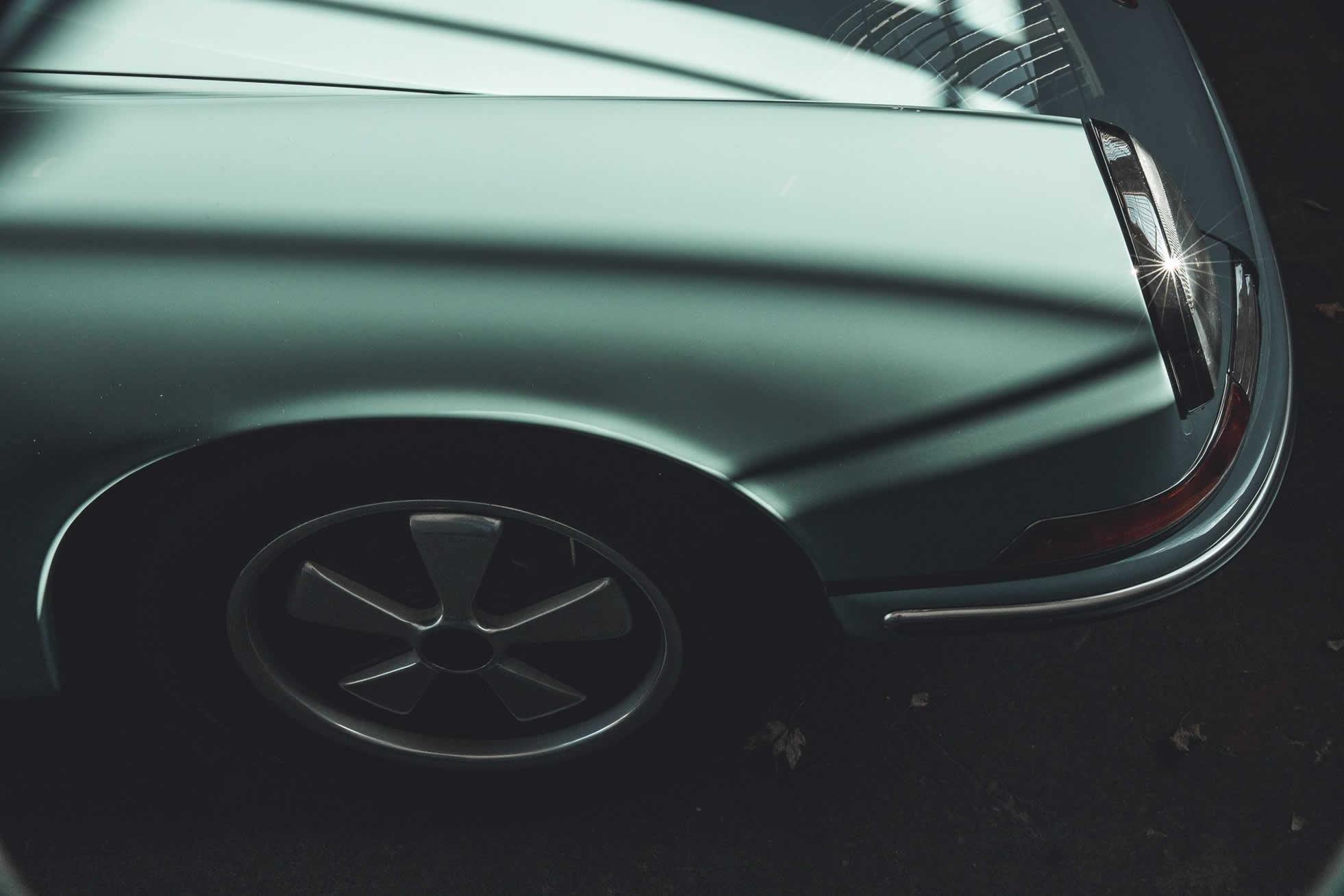 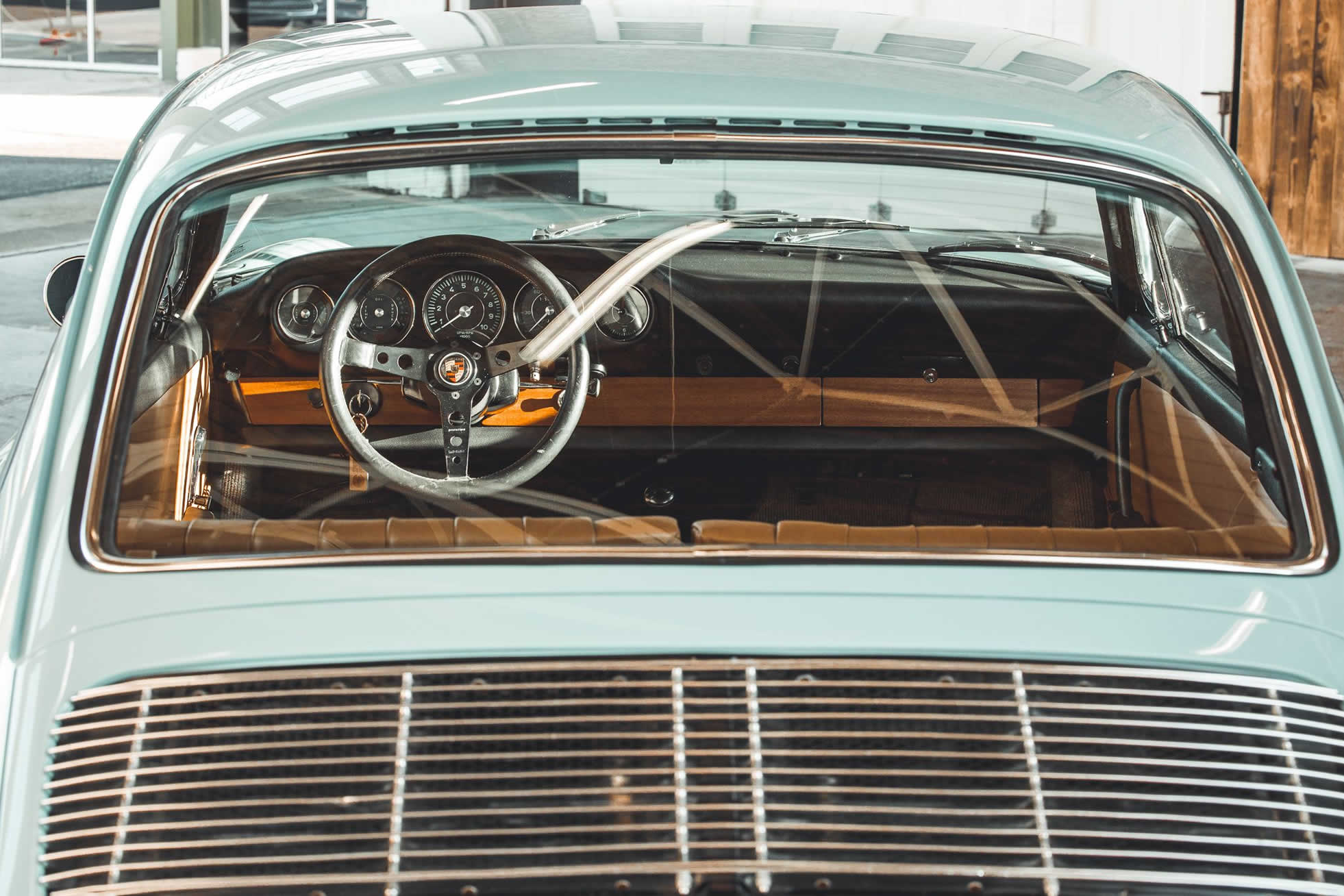 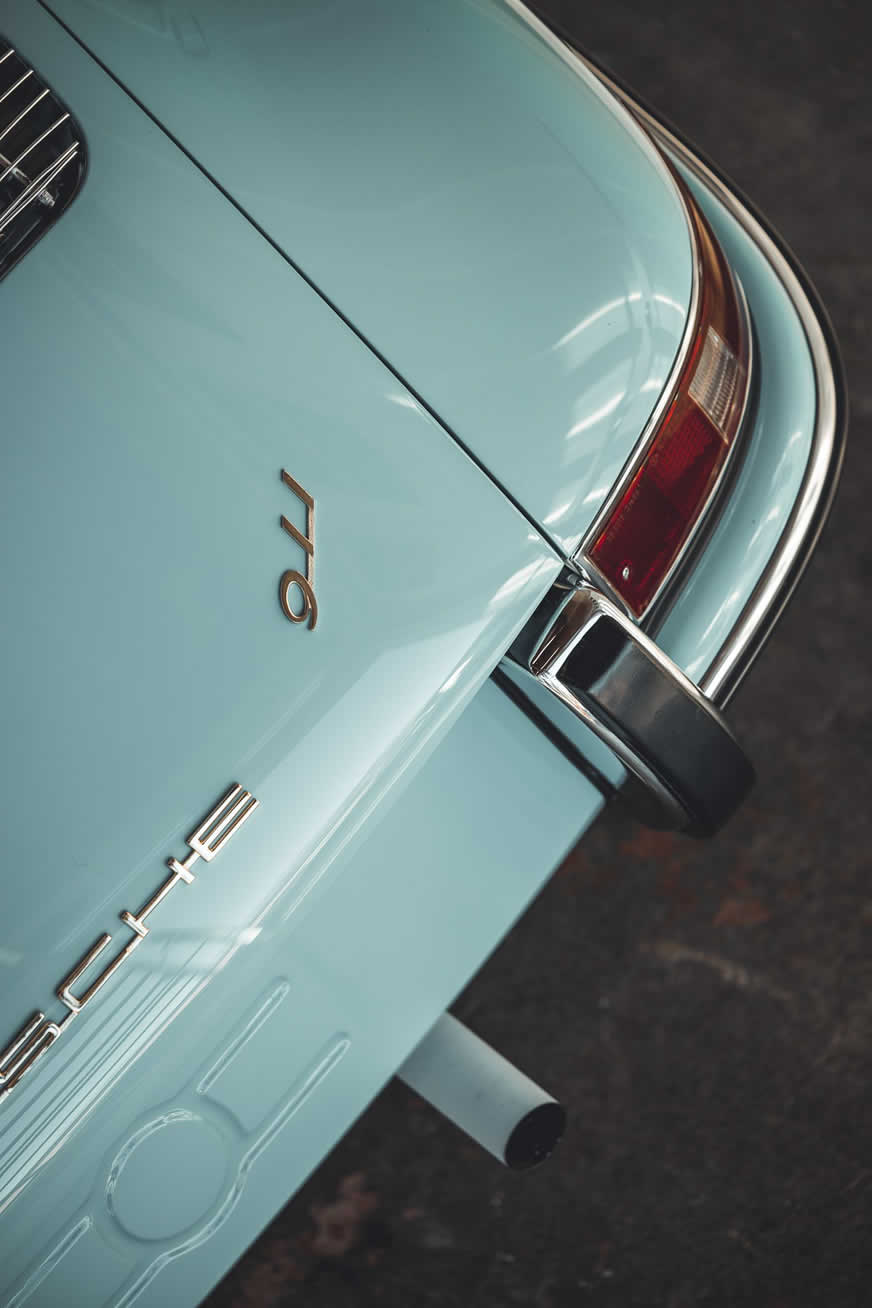 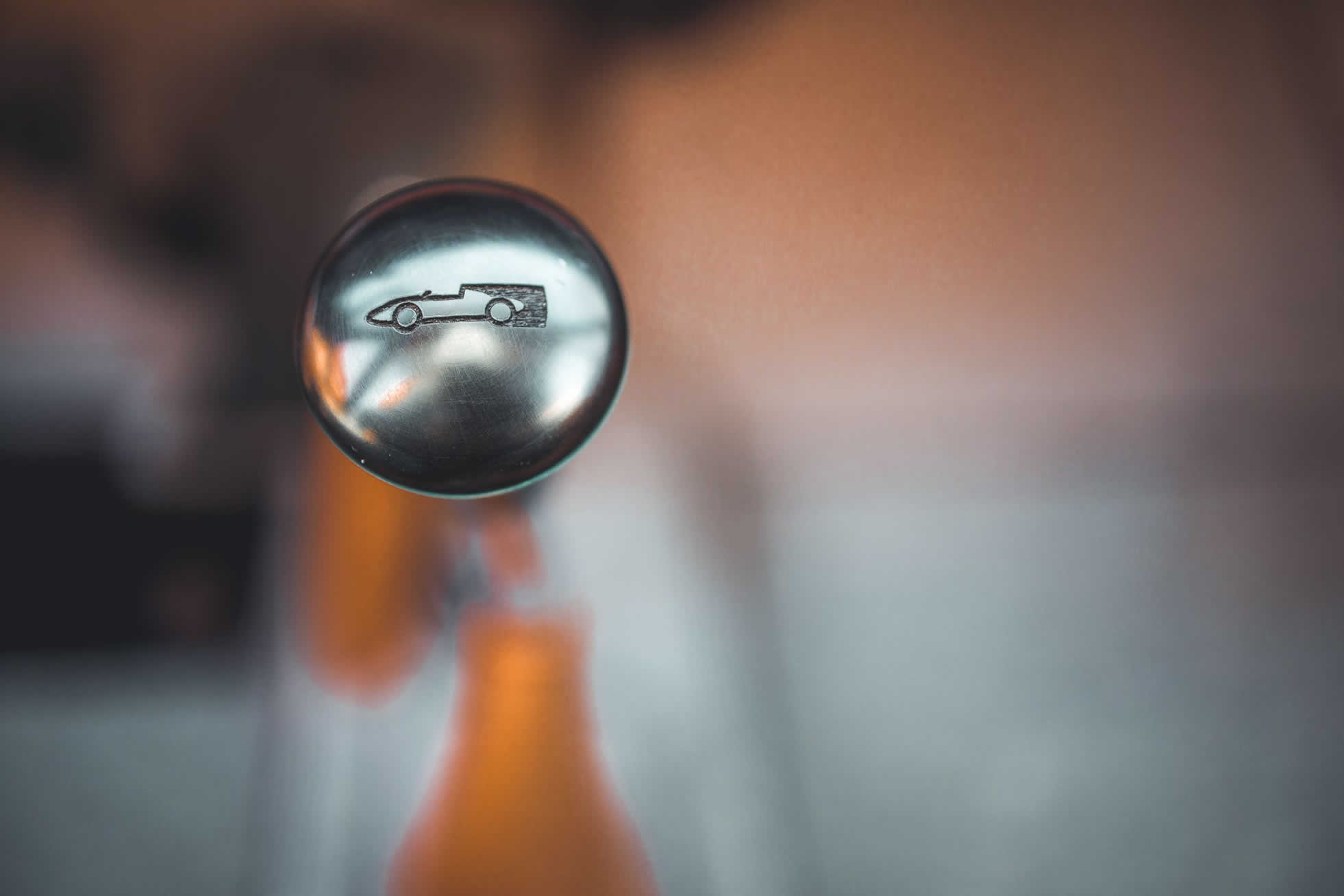 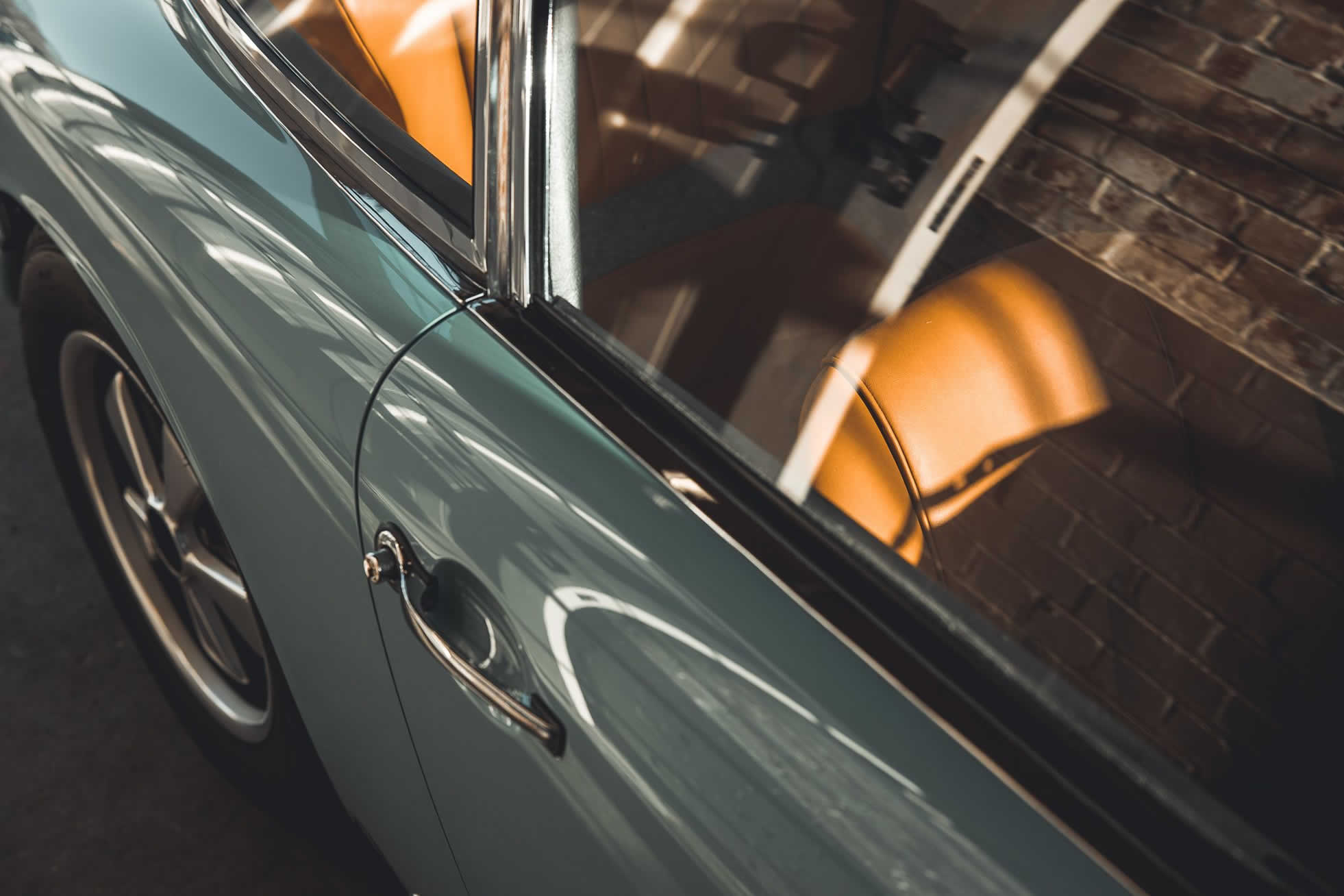 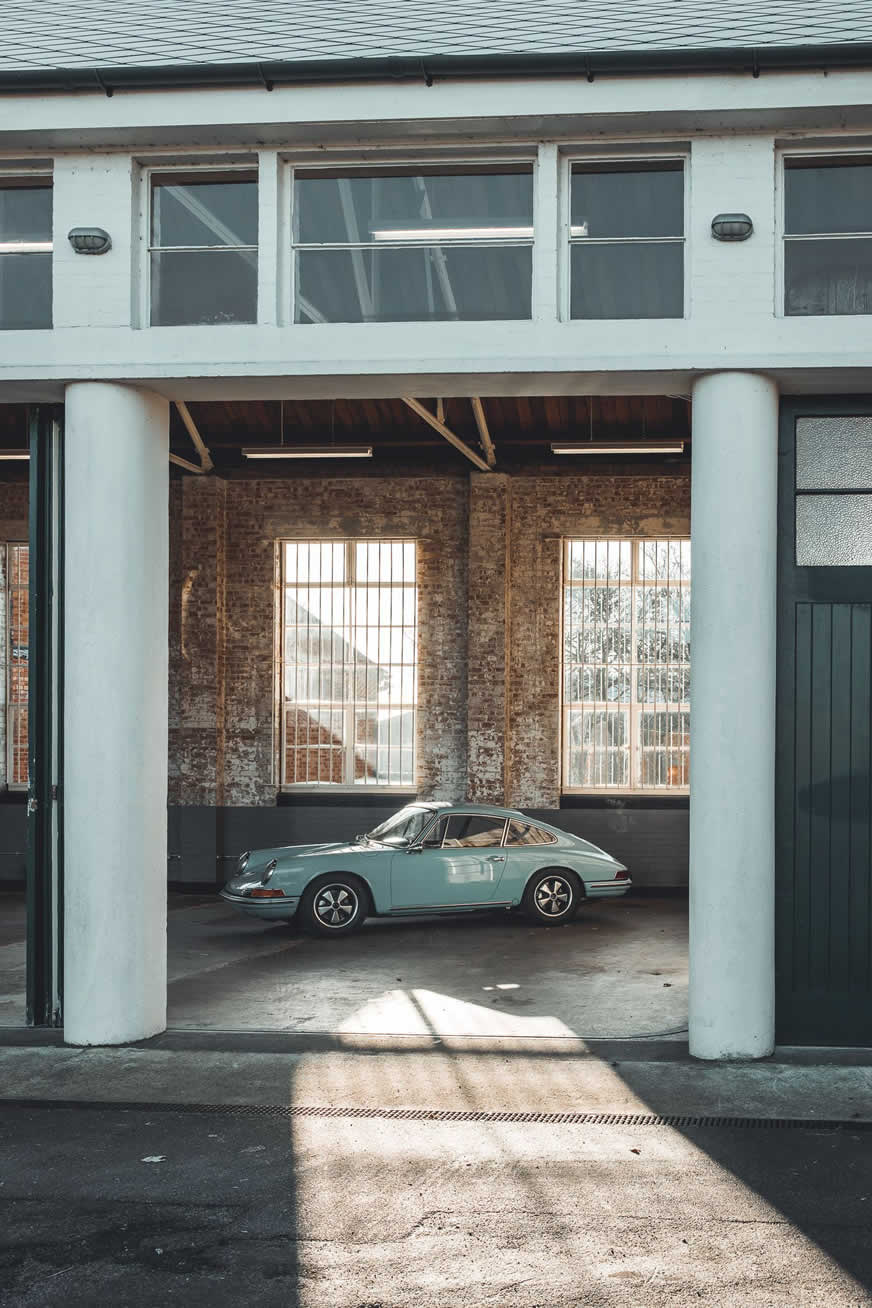 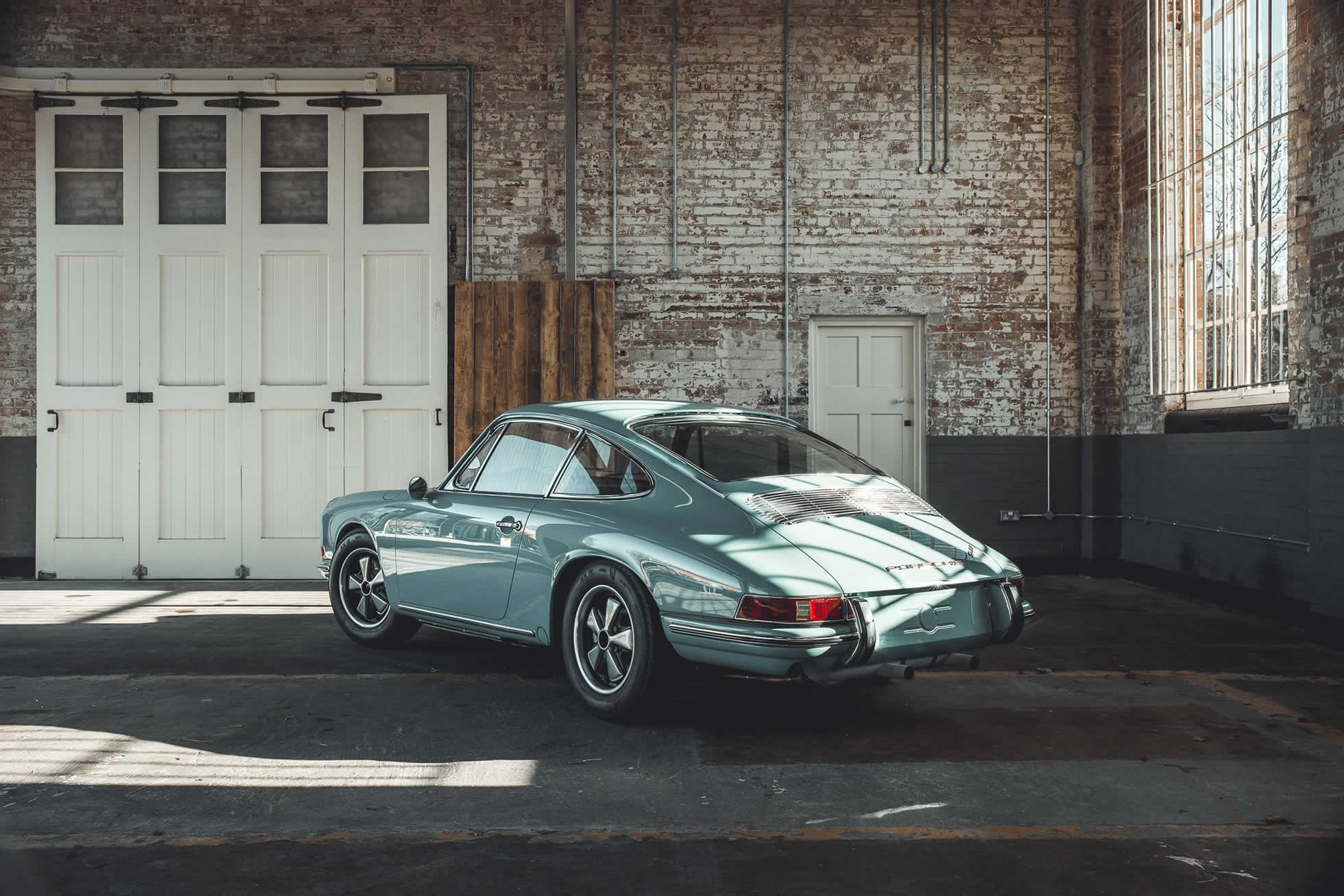 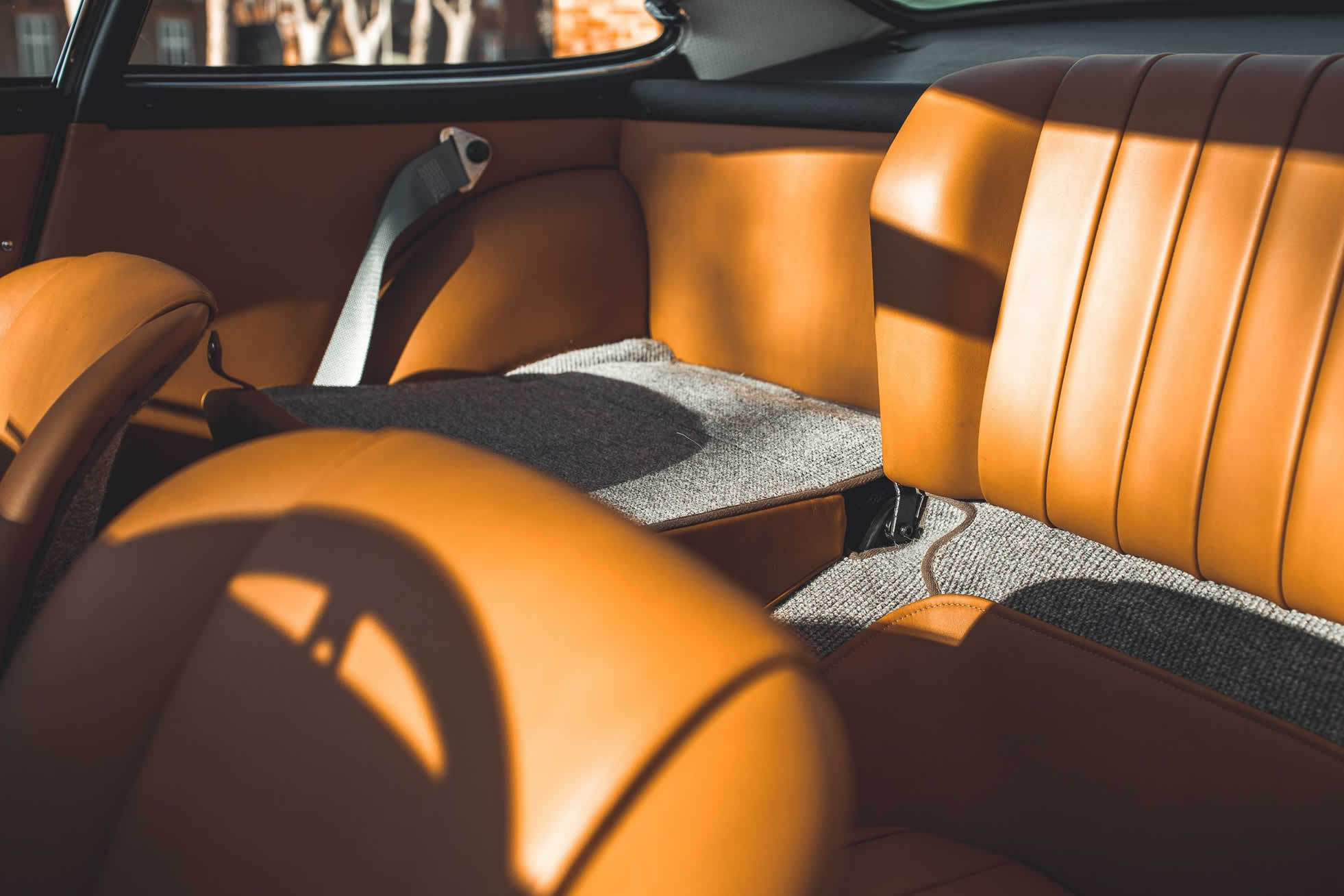 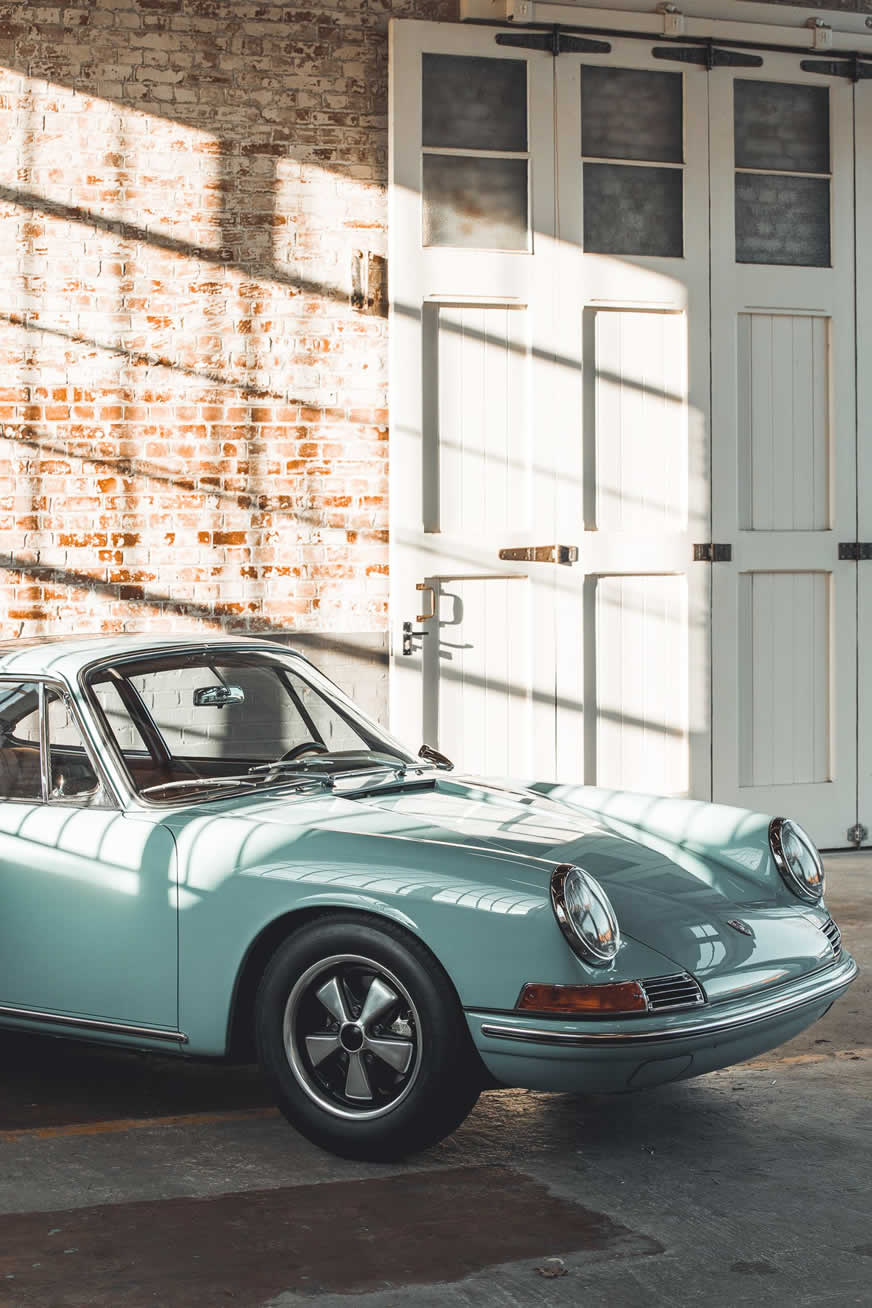 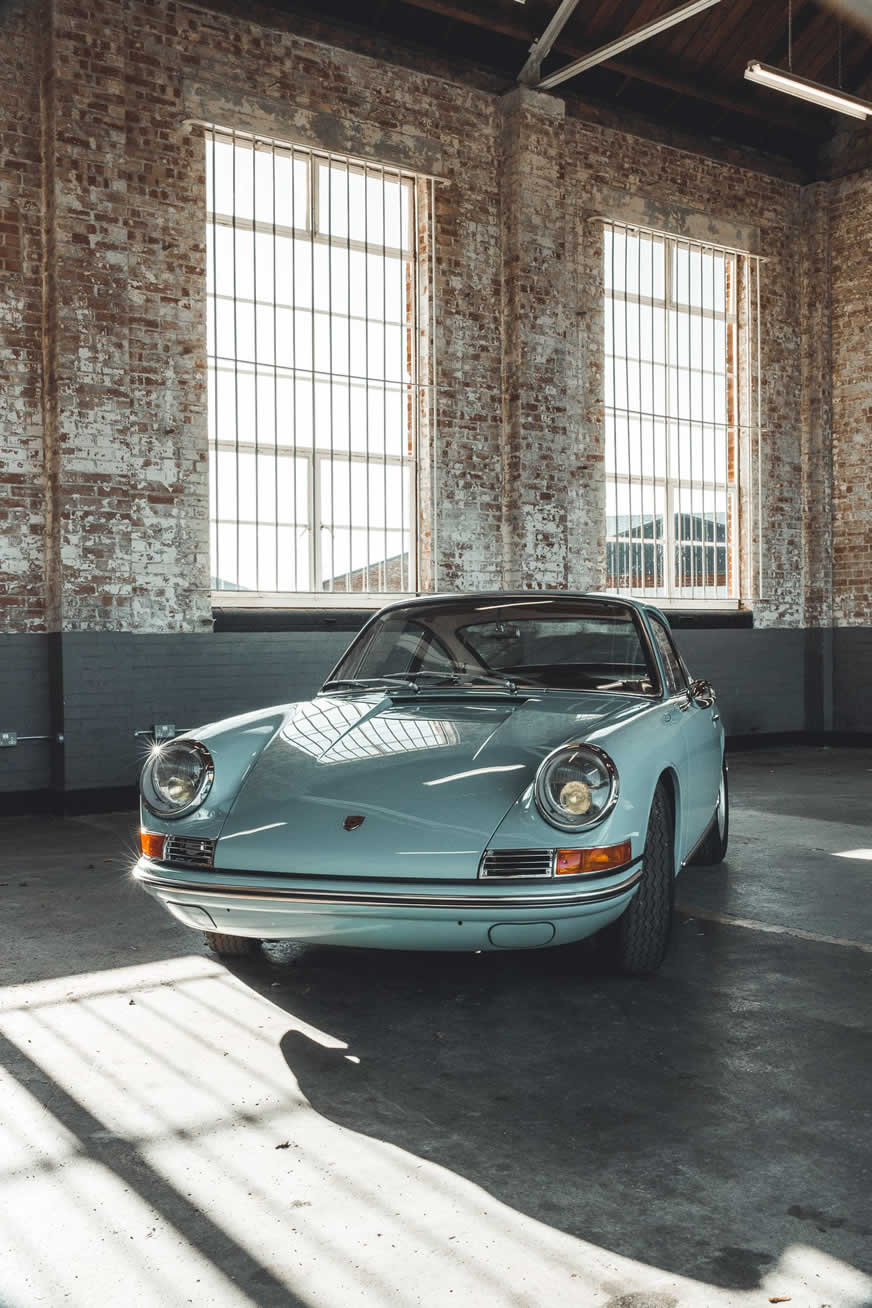 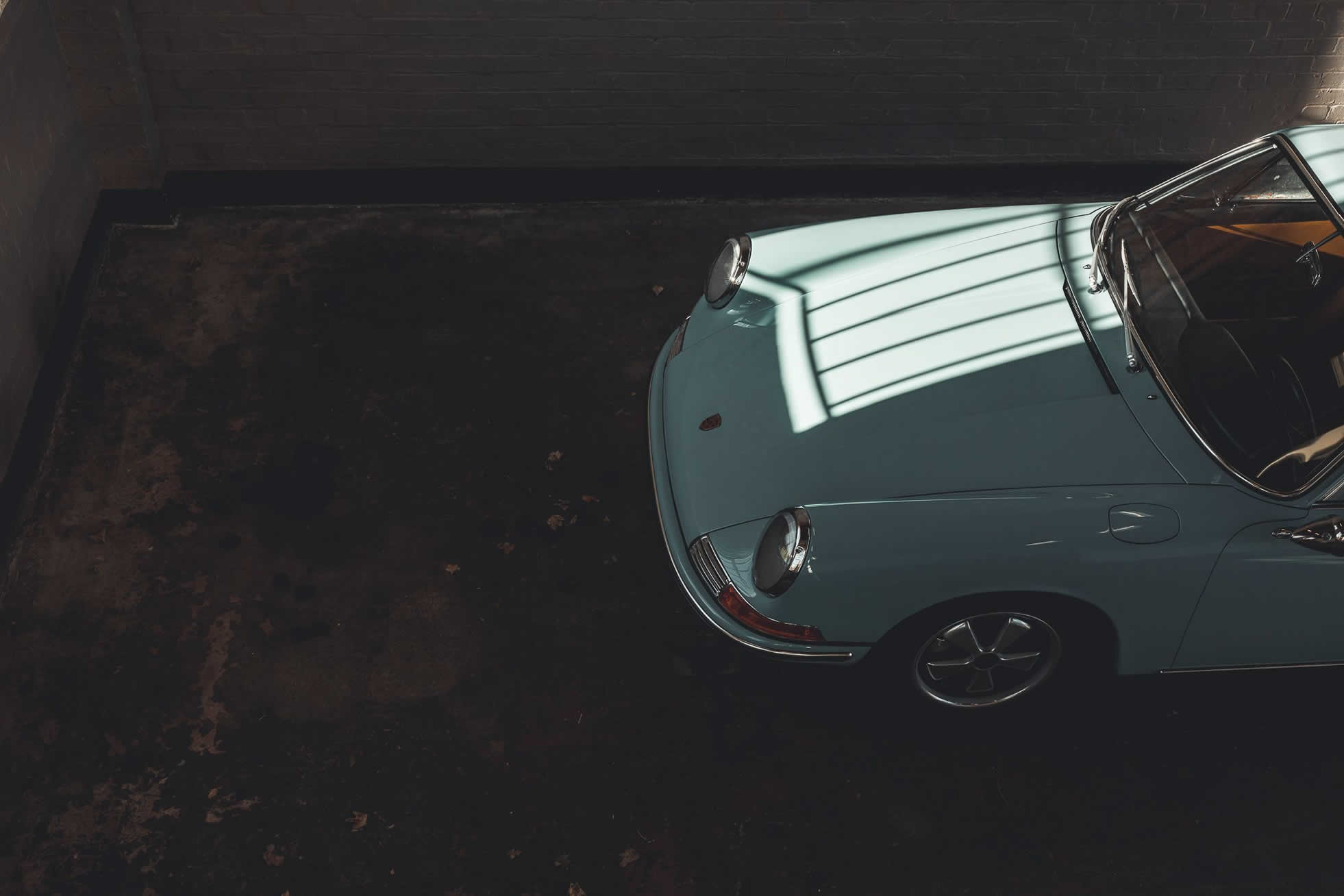 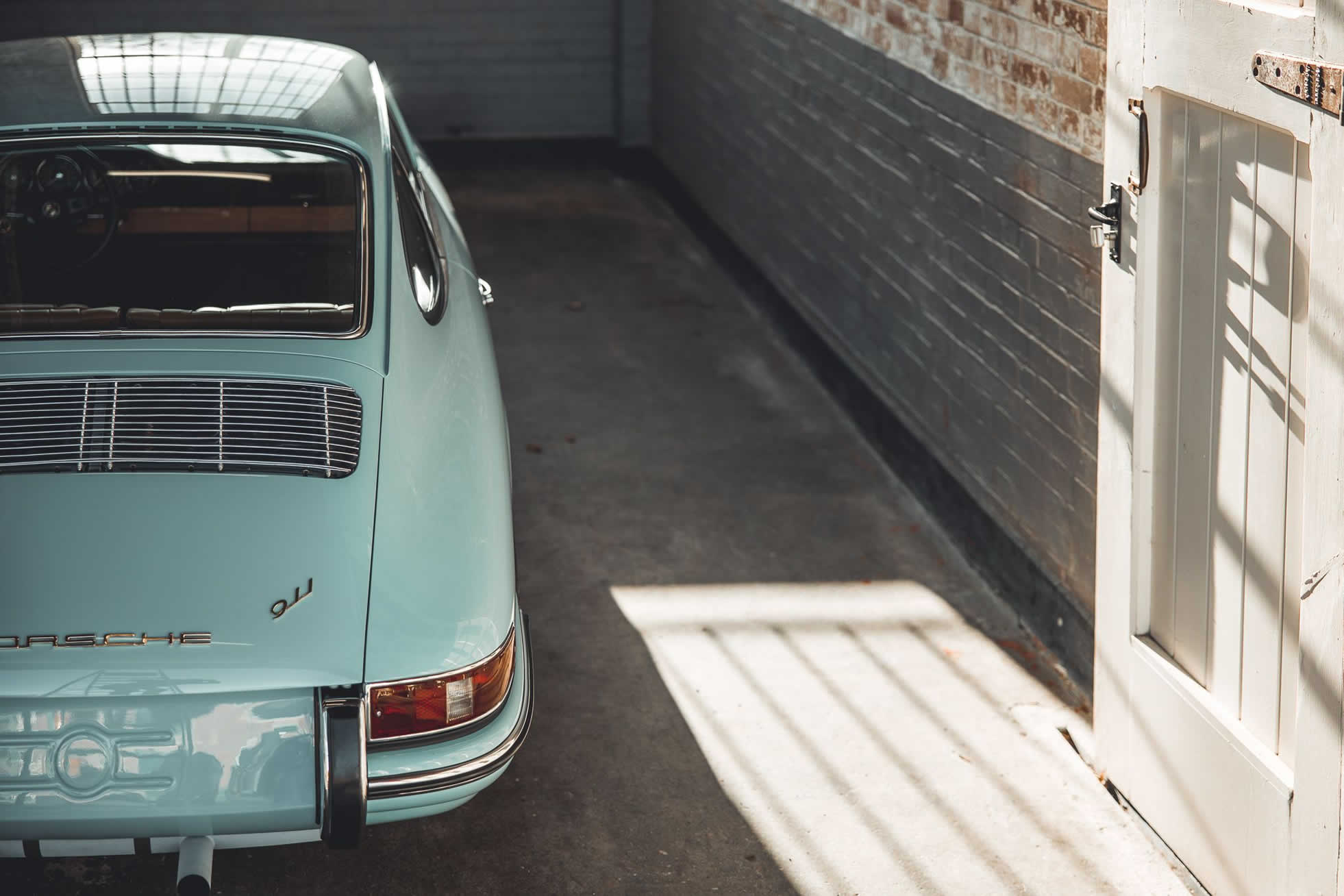 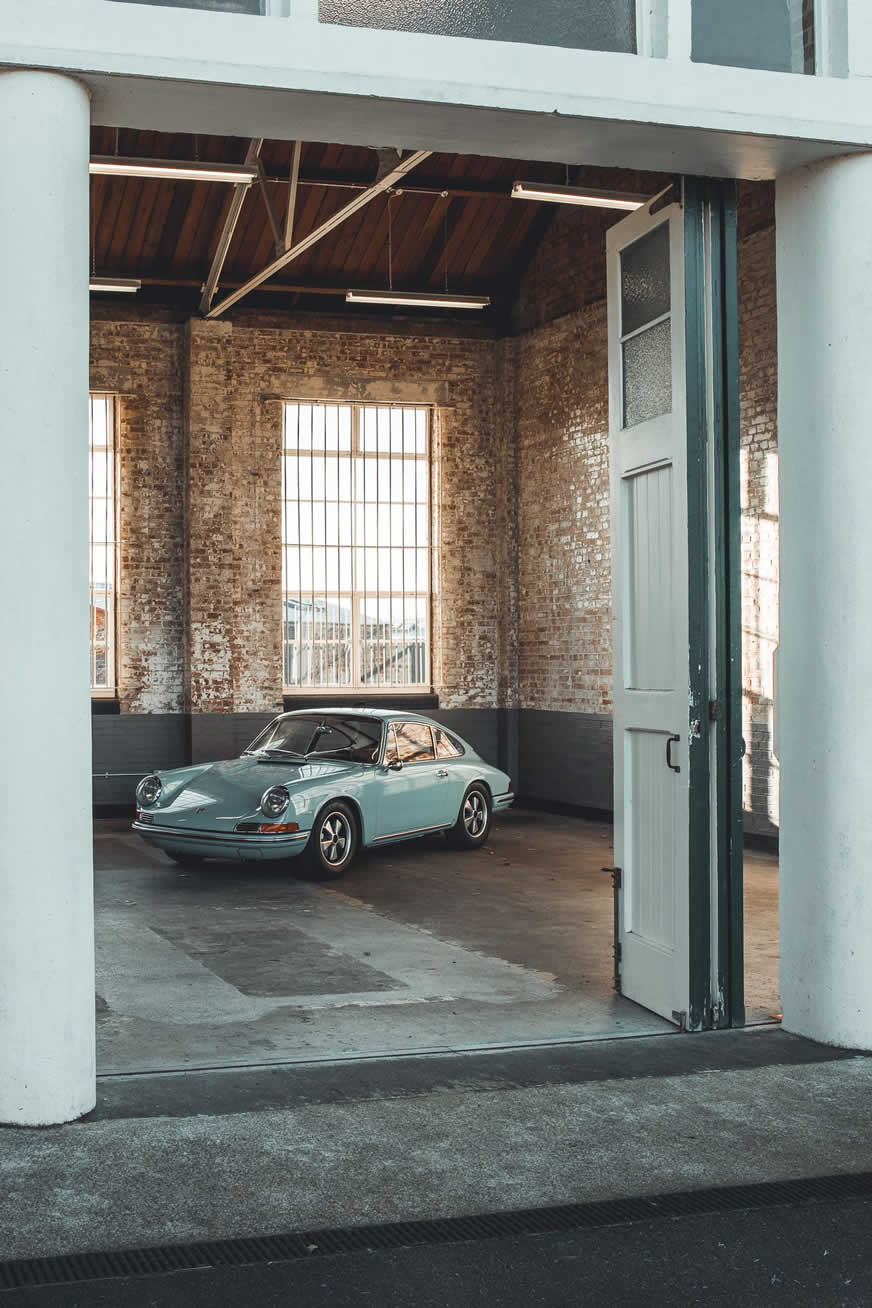 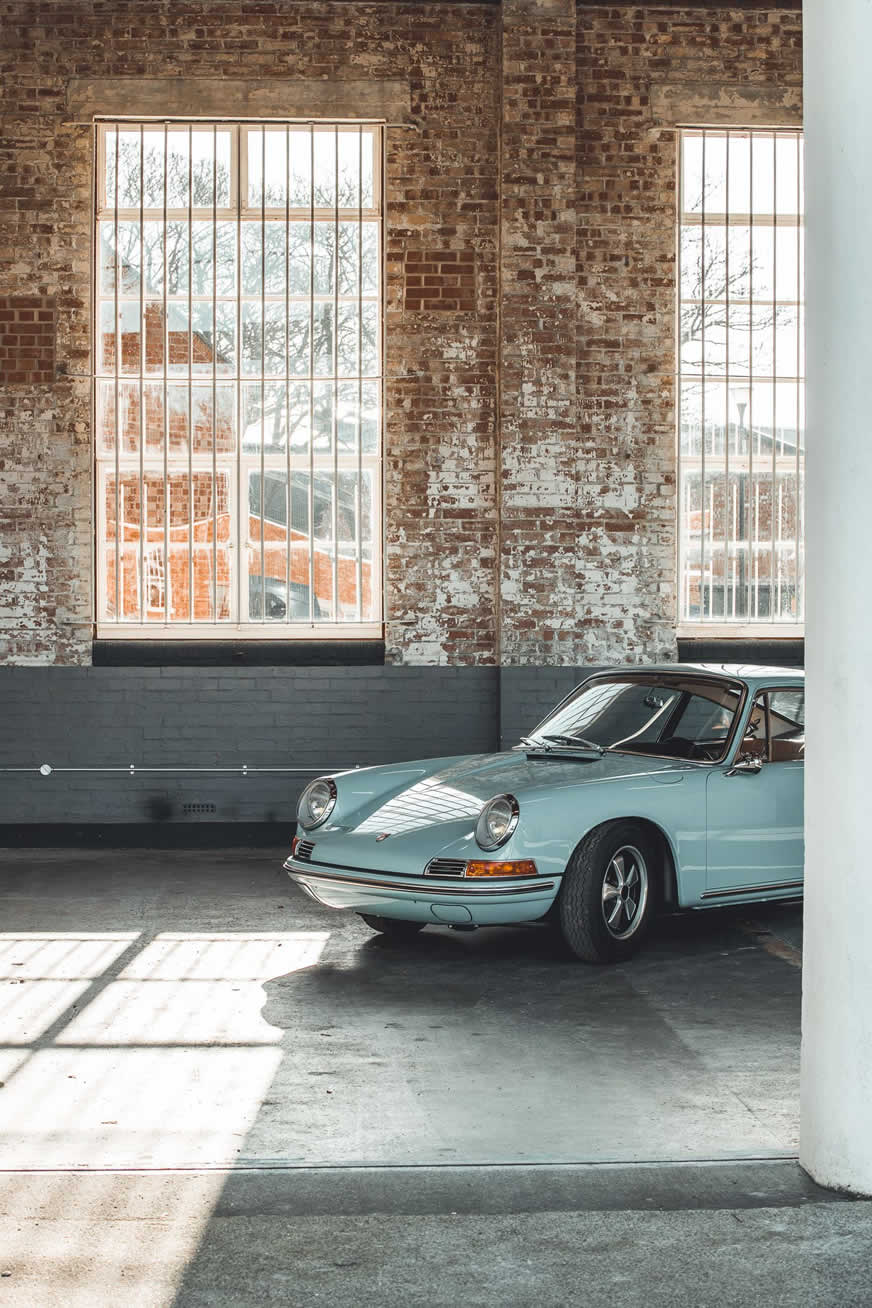 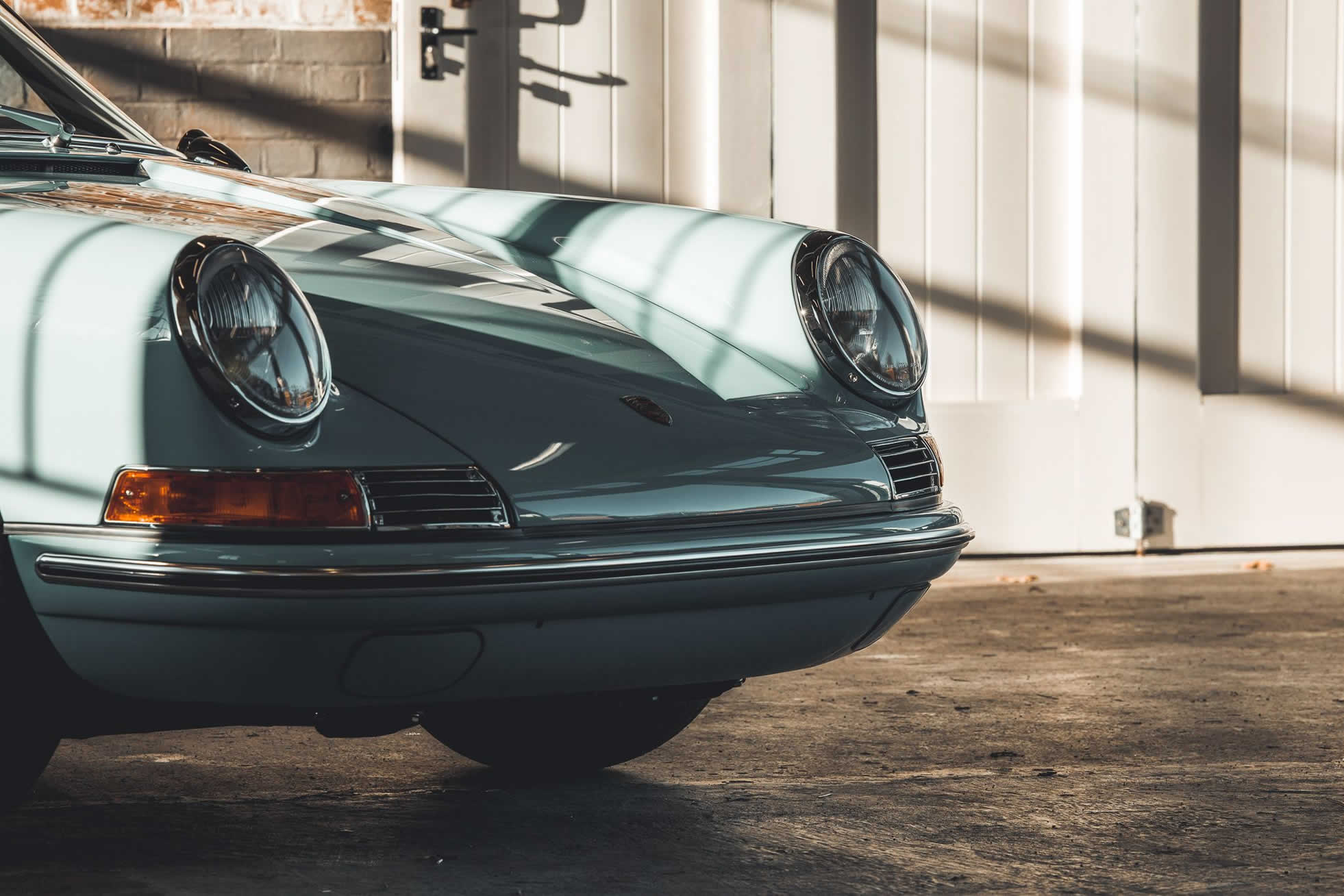 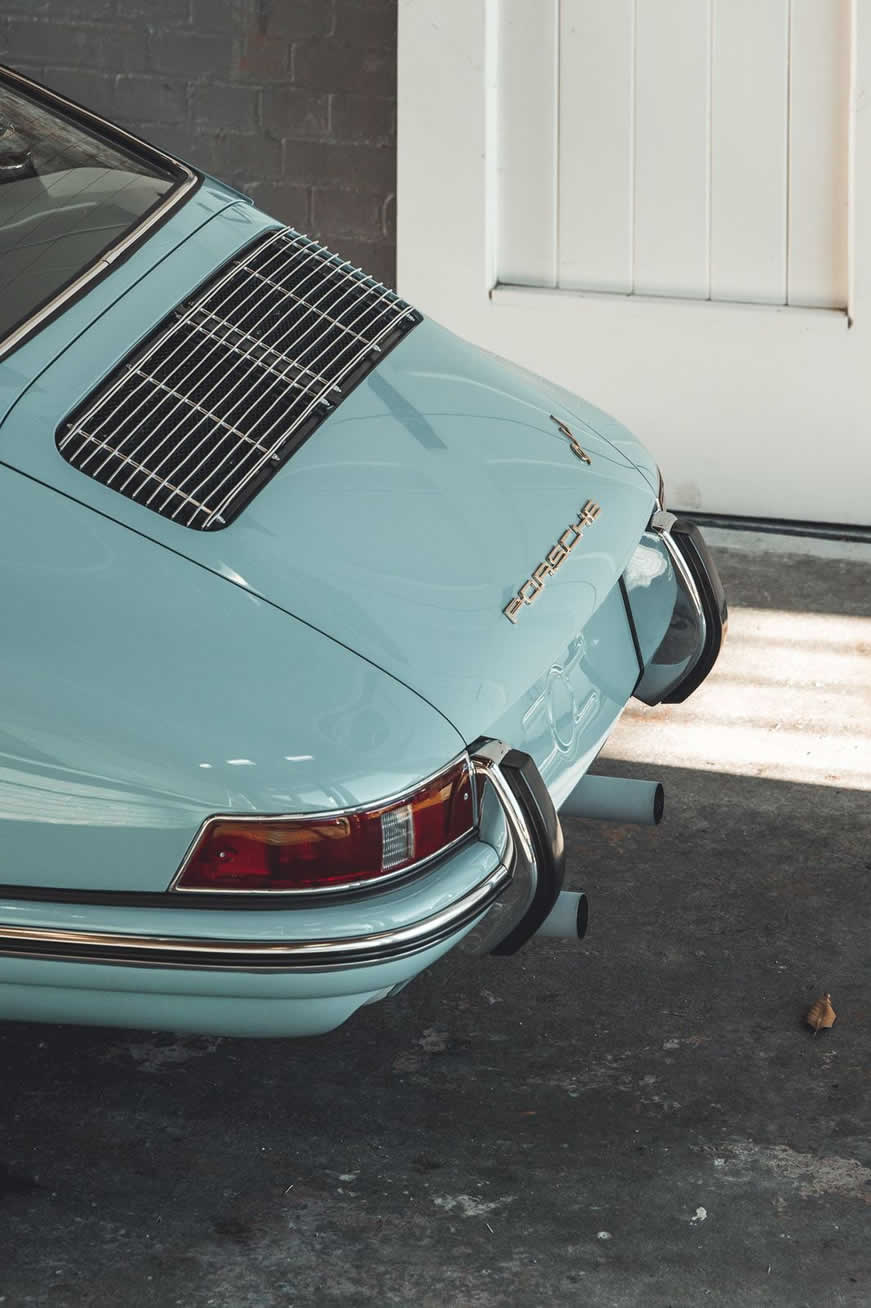 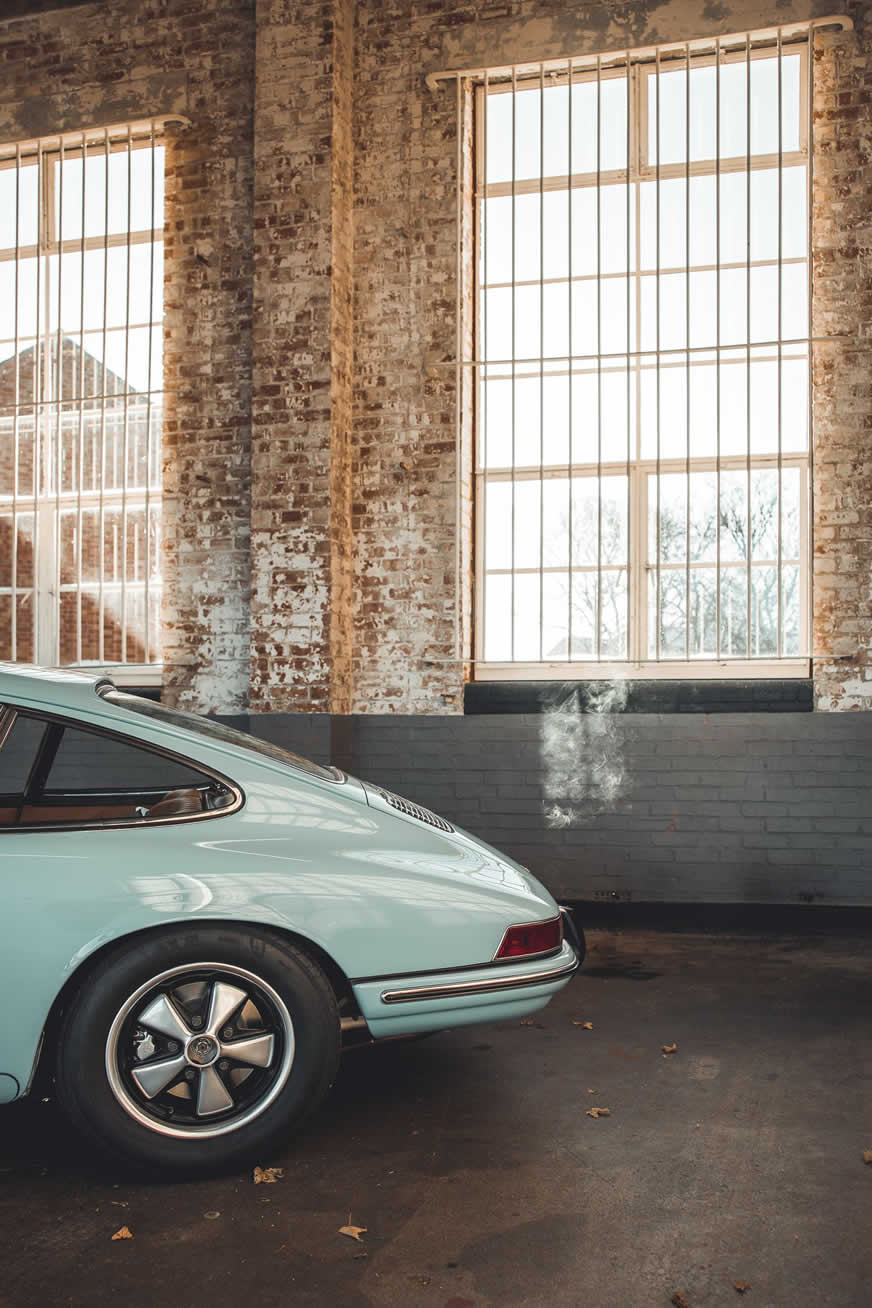 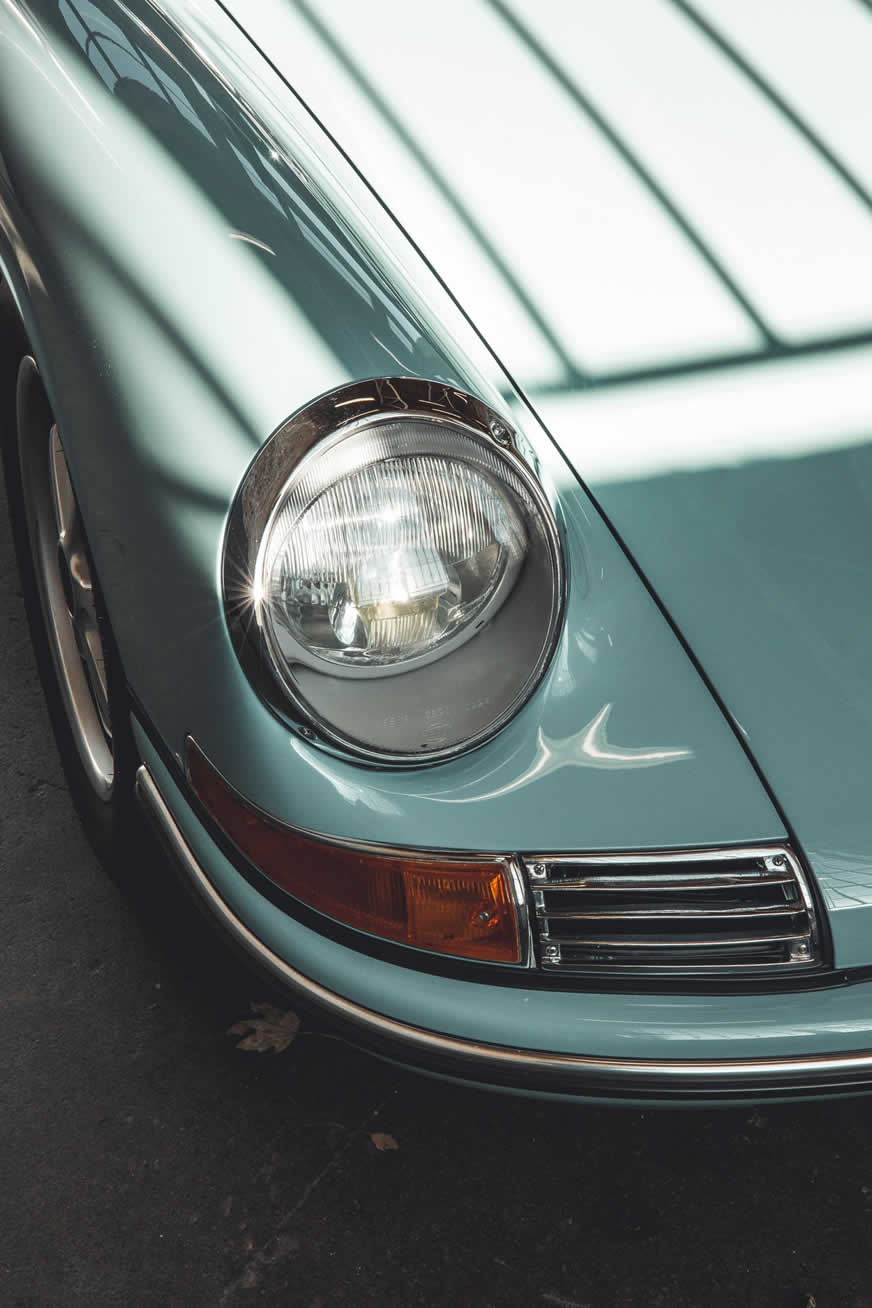 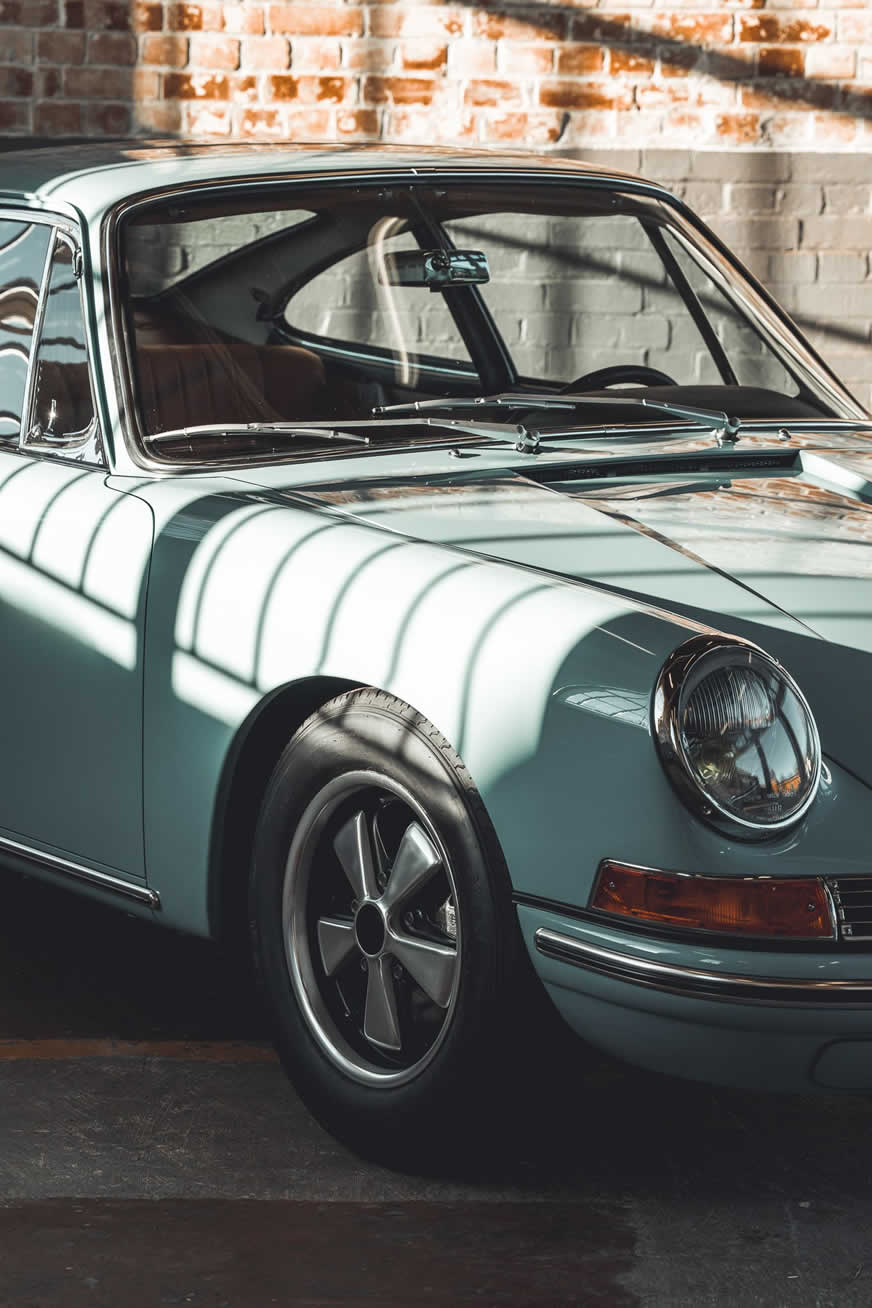 With that in mind, we came up with the following:

With this in mind, we chose Sportwagen in Essex to paint the car.  Bruce Cooper, the owner, is a legend in the small world of UK Porsche;  he has worked for the Porsche family on 356s for years but, more importantly, is really the Daddy of the UK Porsche metal and paint scene.

O’Rourke Trimmers are synonymous with Ferrari 250 restorations and were the obvious choice for the interior.  Our old friends at Tuthill Porsche loved the sound of the project and Richard and I had talked for years about a simpler, lighter hot rod.

The road-racer was born!

A really lovely donor car was found in the USA, by Philip, an early car (chassis 300545) in quite incredible condition – later described by Bruce Cooper as ‘the best condition early shell that [he] had ever seen.’

We are separately producing a book to show the build process and we can share much of that in due course.

Suffice it to say, the teams at Sportwagen, O’Rourke and Tuthill have all been quite superb to work with, with dedication, skills, expertise and senses of humour to match their global reputation.

The finished product is now sat in the MT Yard at Bicester Heritage, ready to be used and enjoyed.  The car is quite exquisite and so, so good to drive.

The presentation of the car is, I think, as good as anything that anyone in the Porsche world has made.  The benchmark car, for me, was not anything Porsche-based but the Eagle E-Types built by Henry Pearman and team in Sussex.  No reimagining was required by us – we just tried very hard to improve every aspect of the cars that we know and love and to assemble the best quality car that we could.

It’s ironic that such a driver’s car draws so many comments about its appearance.  The colour we chose from a wall in Paris and – a happy outcome as I always wanted a baby blue 911 with tan trim.

The leather is from the excellent folk at Connolly, where they make a traditional leather but with a softer texture that helps it to patinate faster.  They call it their Monza leather.

Detailed elements and touch points abound:  the early Momo Monza steering wheel, with its fabulous thin rim.  An early mushroom-shaped gearknob with a key line to match the colour of the car.  A new design of gearknob gaiter that took several goes to get right.  A hand-painted number plate.  A special lightweight battery that switches on and off from your phone.

The irony is that, while the car draws so many comments for its looks, it is in fact the driving experience that pushes one’s feelings about the car to 11/10, possibly higher.  It is sublime.  The overall sensation is that we have a car that is about as quick as an original 2.7RS (200 bhp per tonne) but with far superior handling from our trick 2 Litre Cup dampers and differential and an extraordinary balance of roadholding and slidiness due to the happy combination of grip from the Avon tyres, weight distribution from the careful build and the torque of the larger engine giving more options to drive the car on the throttle.

Now, it remains only to use it and that will be happening throughout the summer.  If you’re interested, come and have a look.

Of course, there is no such thing as perfect, so the next one could be even better…

Rorky O’Rourke, Al P, Barry and team at O’Rourke Trimmers – also the best, not to mention that they start the day with the Bee Gees (How Deep Is Your Love, since you ask)

Richard, Paul, Alex Knight and the team at Tuthill – who truly gave so much love and attention to this project – the finished car owes so much to their dedication

Phil Norton – our friend Phil, newly escaped from life in the City, who has documented the build photographically from dusty donor through each stage of metal, paint, trim and build to final finished object

JPR – my great road trip ami, with whom there will be many happy miles in ‘545’