Oops! Something went wrong while submitting the form. Please try again.
home
ca.rs
- For Sale
- sold
- all
- car sourcing
stories
merchandise
About
- what we do
- Sports Purpose
- who we are
- our cars
Contact
It honestly couldn’t have been a better opportunity. Blissfully empty roads, glorious weather, epic scenery and - helpfully - a Cayenne Turbo support car acting as pathfinder for the following peloton of Porsches.

Suffice to say, my love of Porsche and Jenks‘ obvious admiration and affection for the 356 meant I’d always harboured a deep desire to experience one, but it was spliced with a fear that the little car would somehow be a disappointment.

For years I tried and failed to get myself into one, but then the chance came to attend a special weekend event held by Porsche Cars Great Britain. Invitees were members of the UK motoring media who happened to own Porsches (there are quite a few of us, as it happens), and the event took us to Inverness and the epic roads that traverse the Scottish Highlands. We had our own cars, of course, but there was also a selection of current models, from the new Carrera T to the ferocious 991 GT2 RS. To my delight there was also an absolutely gorgeous 356 1600 Super, which had been beautifully restored and looked as cute as a button.

Better, Sports Purpose’s James Turner was also in attendance, driving the family 964 RS with his brother, Charlie, who runs a small motoring pamphlet called Top Gear. You may have heard of it.

Anyway, having spent much of the day in my own 964 RS, and then the ferocious GT2 RS, which happily tore great big chunks out of the Highlands with every squeeze of the throttle, the moment came to drive the 356. It honestly couldn’t have been a better opportunity. Blissfully empty roads, glorious weather, epic scenery and - helpfully - a Cayenne Turbo support car acting as pathfinder for the following peloton of Porsches. Best of all I managed to muscle my way immediately into the Cayenne’s wake, with JT tucked behind us. If there was ever a time to drive a 356 this was it.

The resulting chase was by some margin the most fun I’ve had in a car for many, many years. Thankfully the long-suffering Mrs M is well used to spirited progress (indeed she’s an enthusiastic practitioner herself), so the fact we immediately hustled the Cayenne didn’t come as a great surprise. Faster and faster we went, until the Cayenne was romping along in the distance, allowing me the chance to charge after it in a manner Jenks would have been familiar.

I had a pretty good idea of what I hoped it would be like, but the way this little car went about its business was an absolute joy. Everything felt so cohesive and measured, with a consistency and competence that belied its advancing years. Yes, of course I had to make some allowances for the lack of poke and the more relaxed responses you get from a car with unassisted steering, skinny tyres and modest brakes. But within a mile or two it felt completely instinctive and totally absorbing. 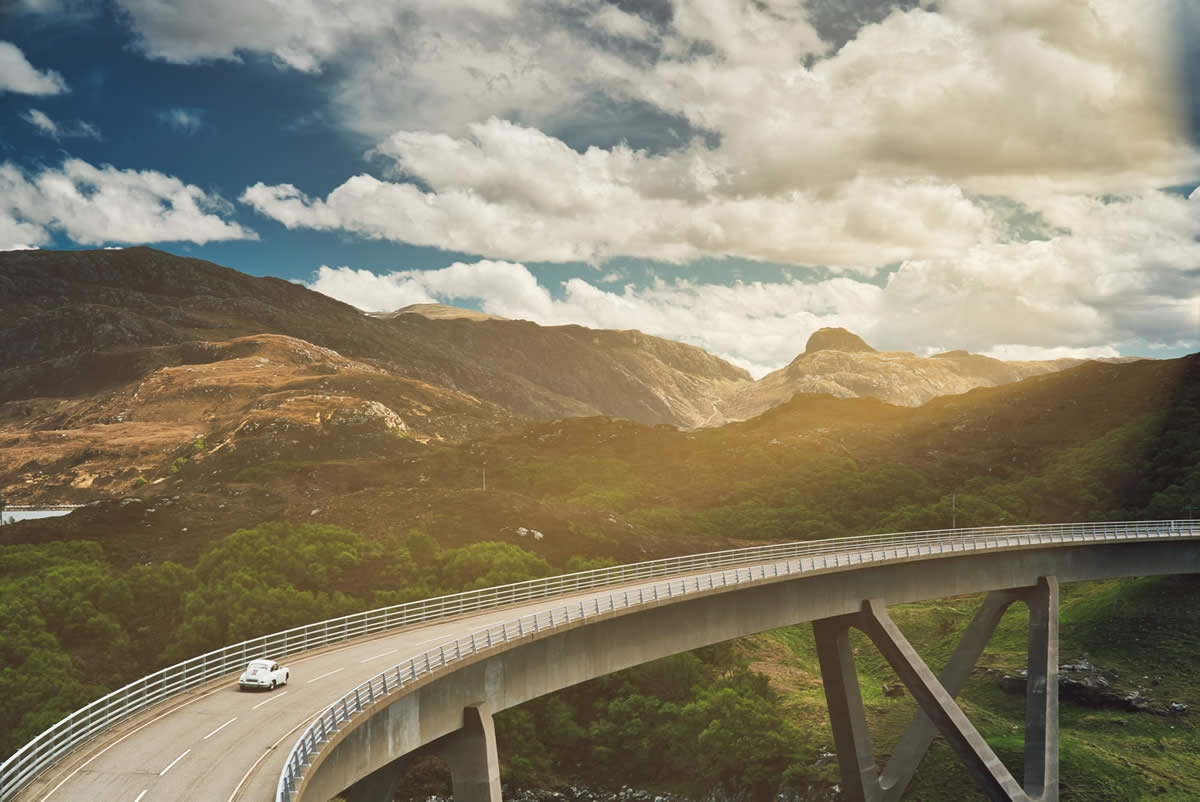 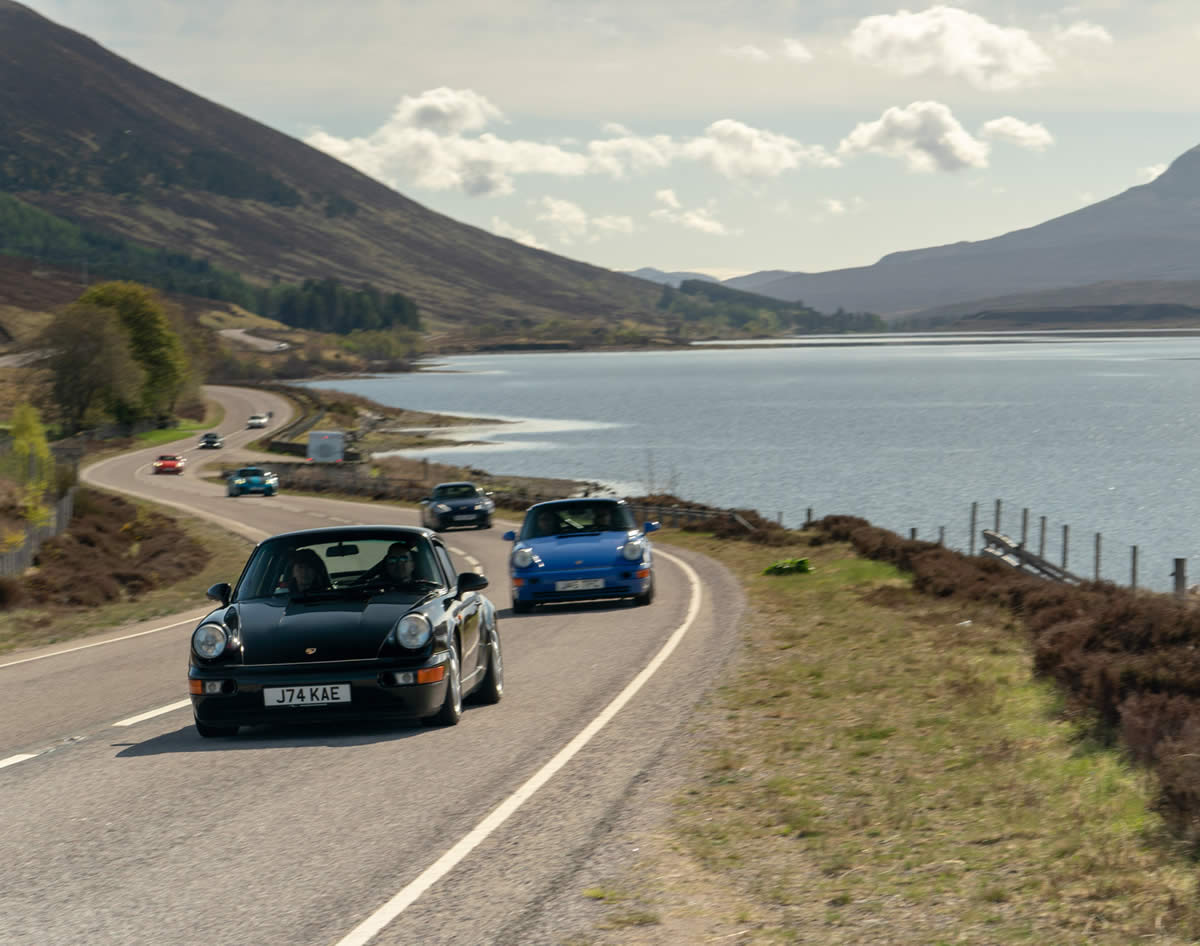 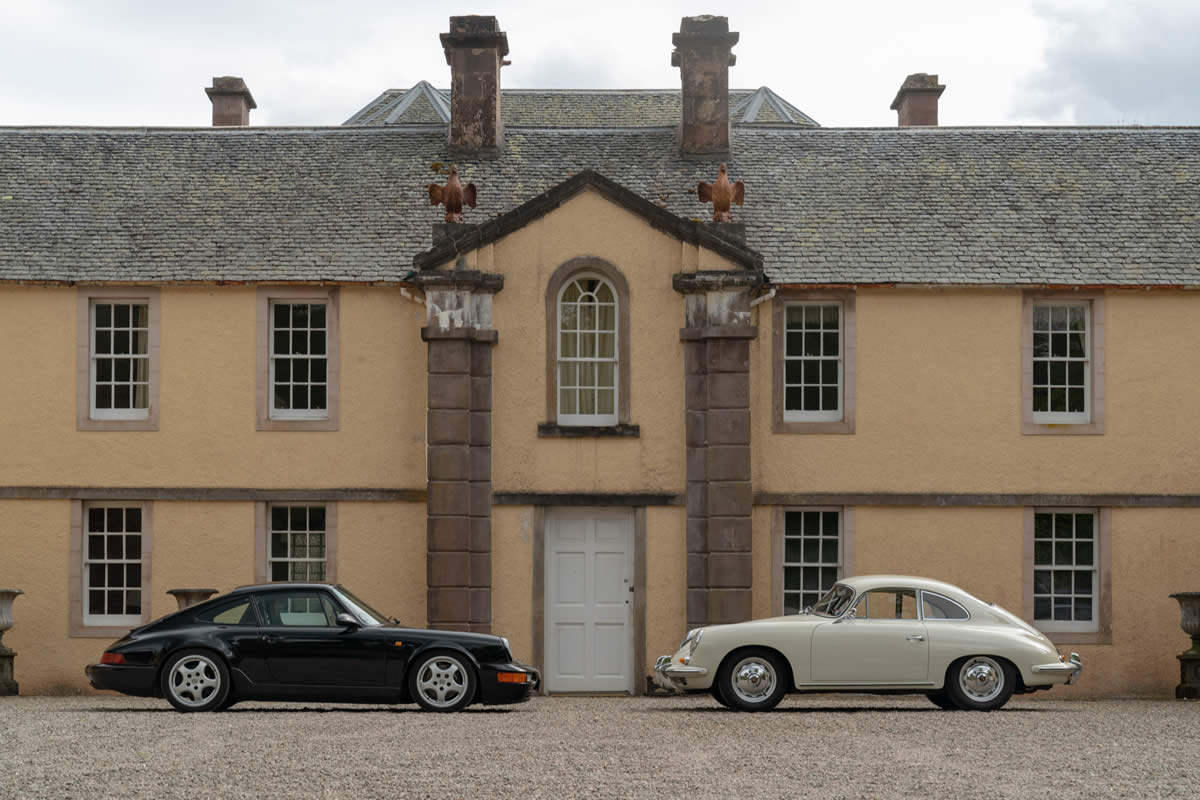 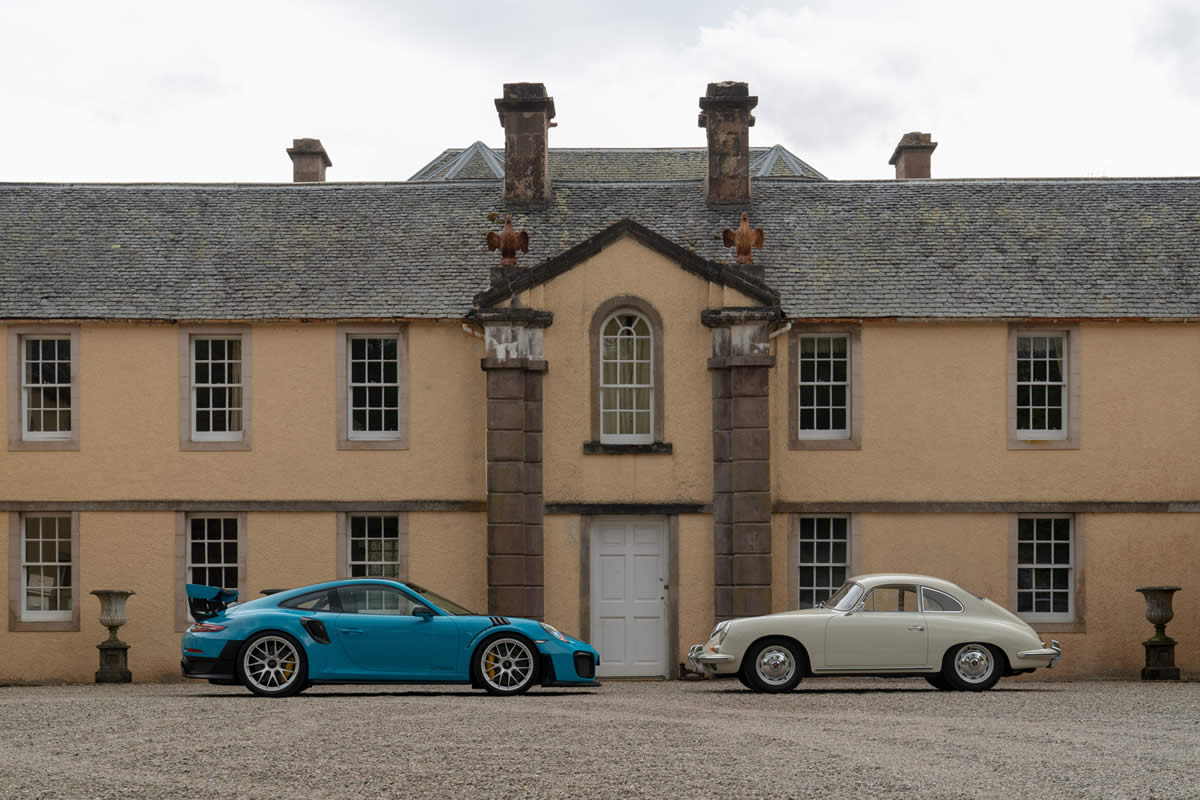 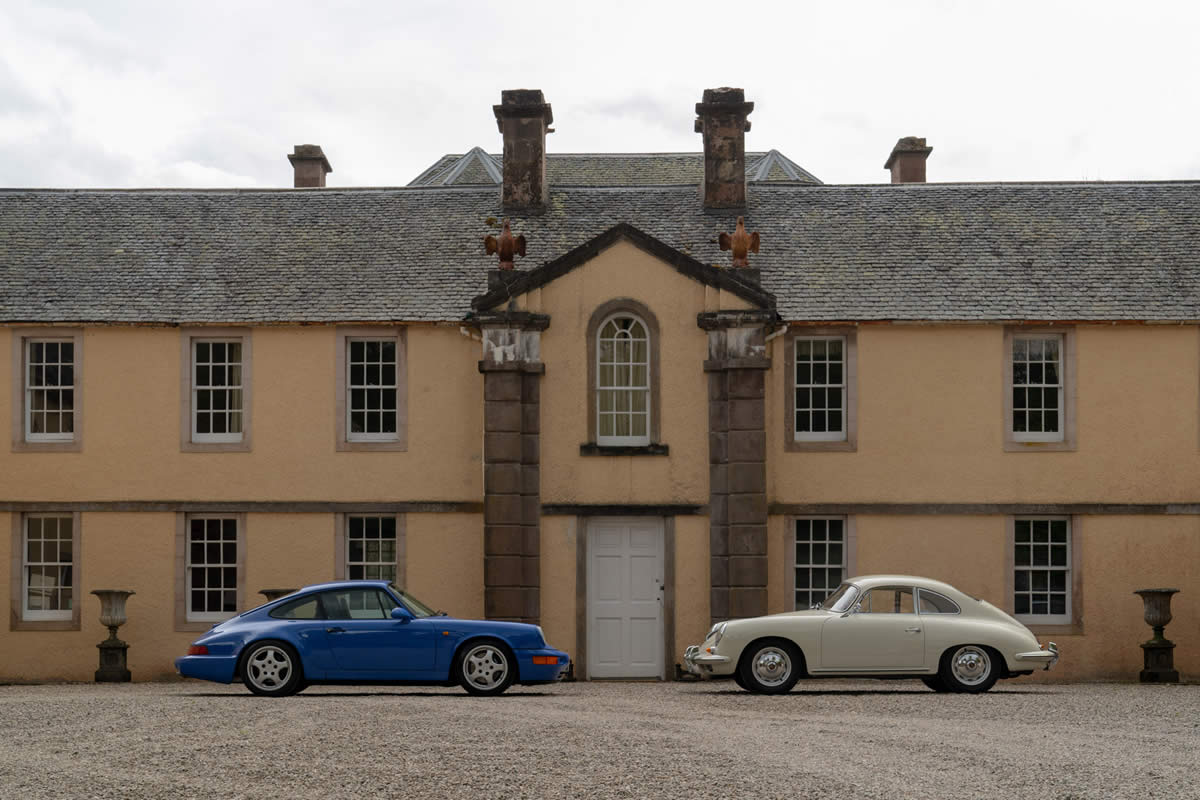 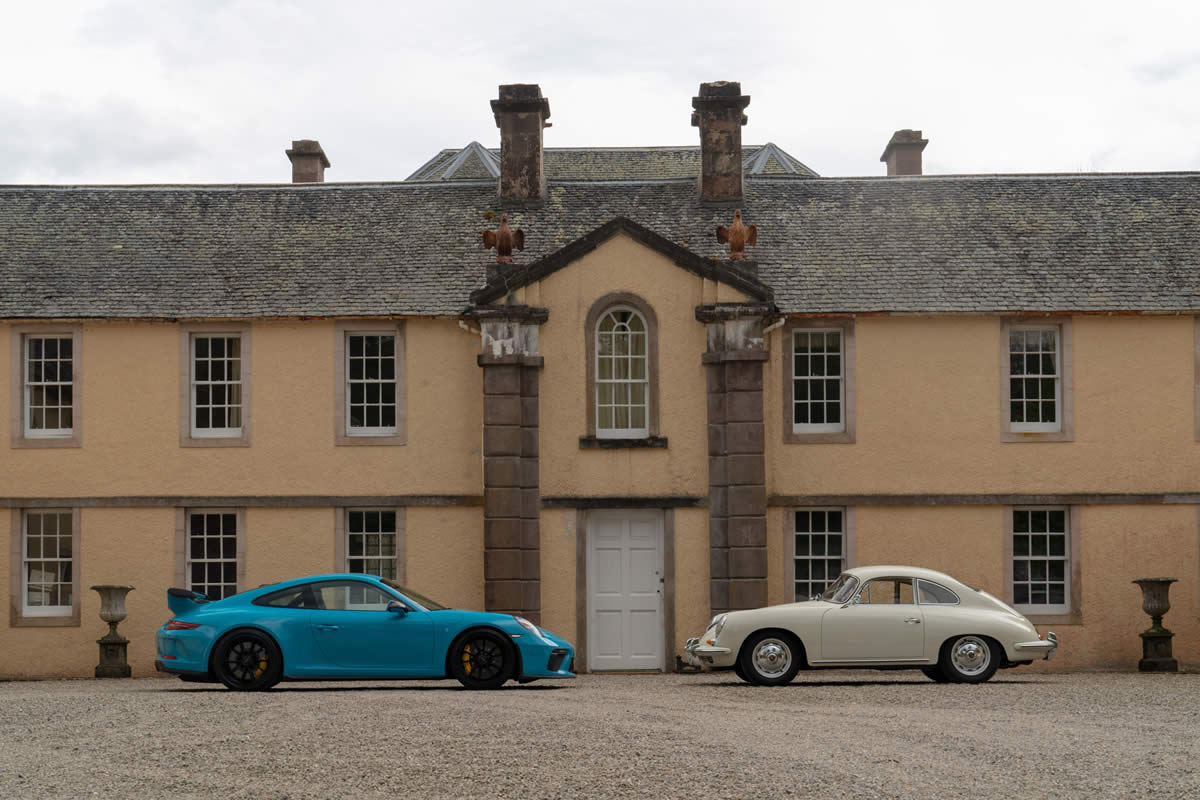 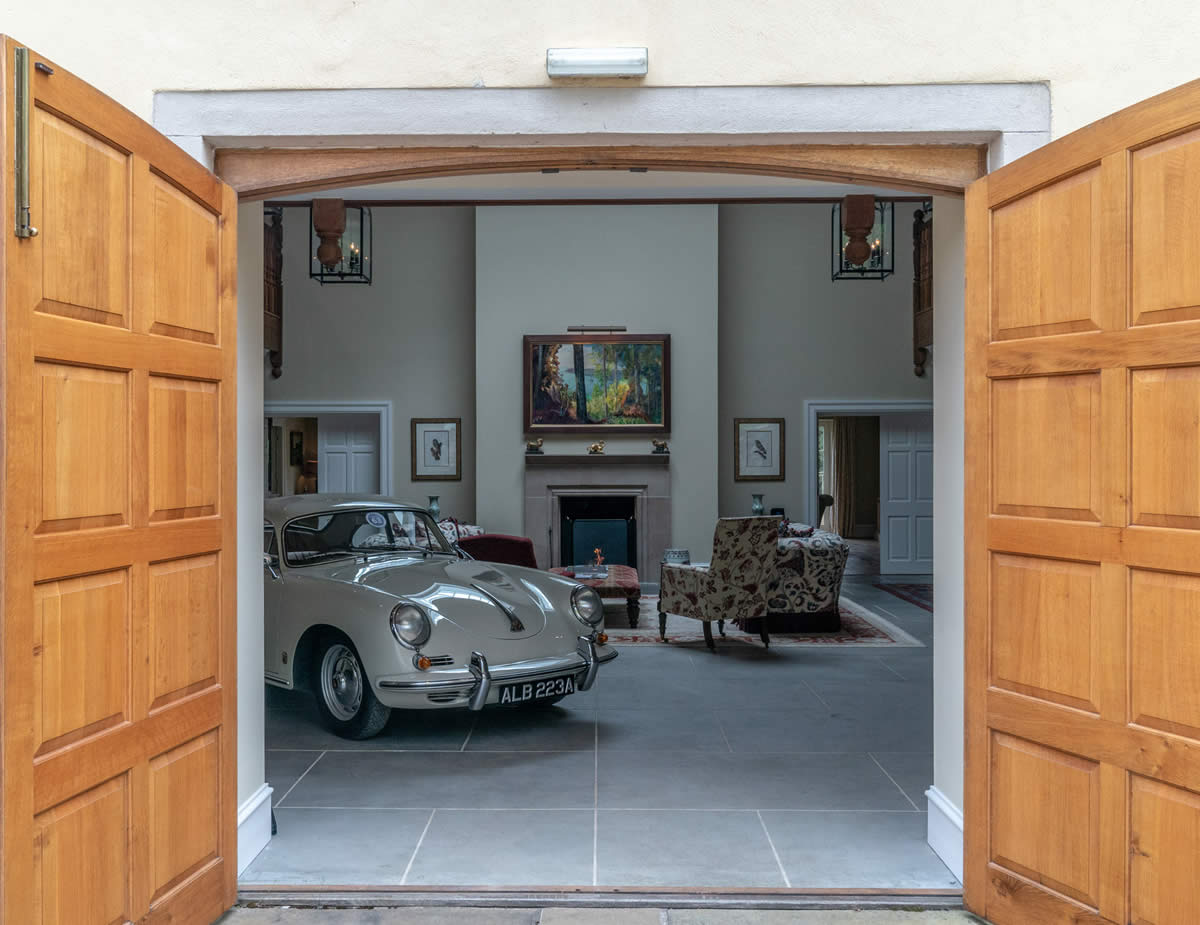 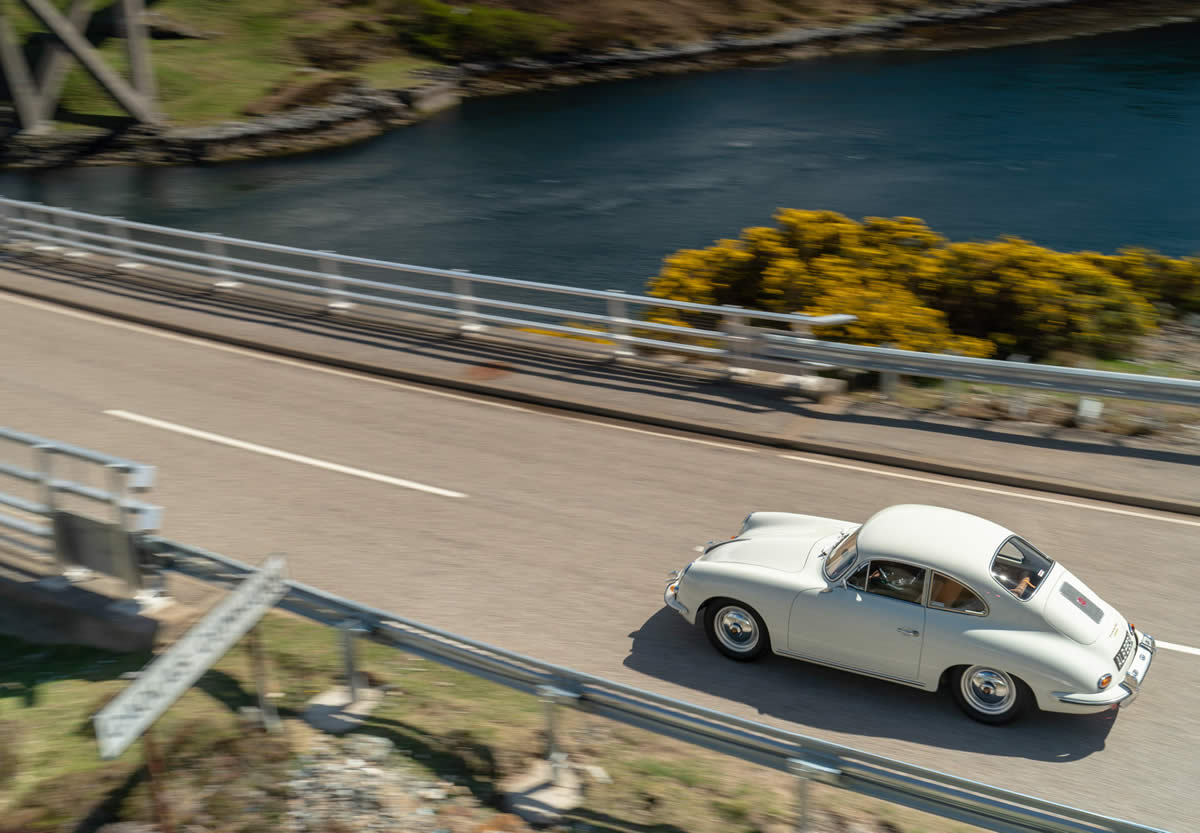 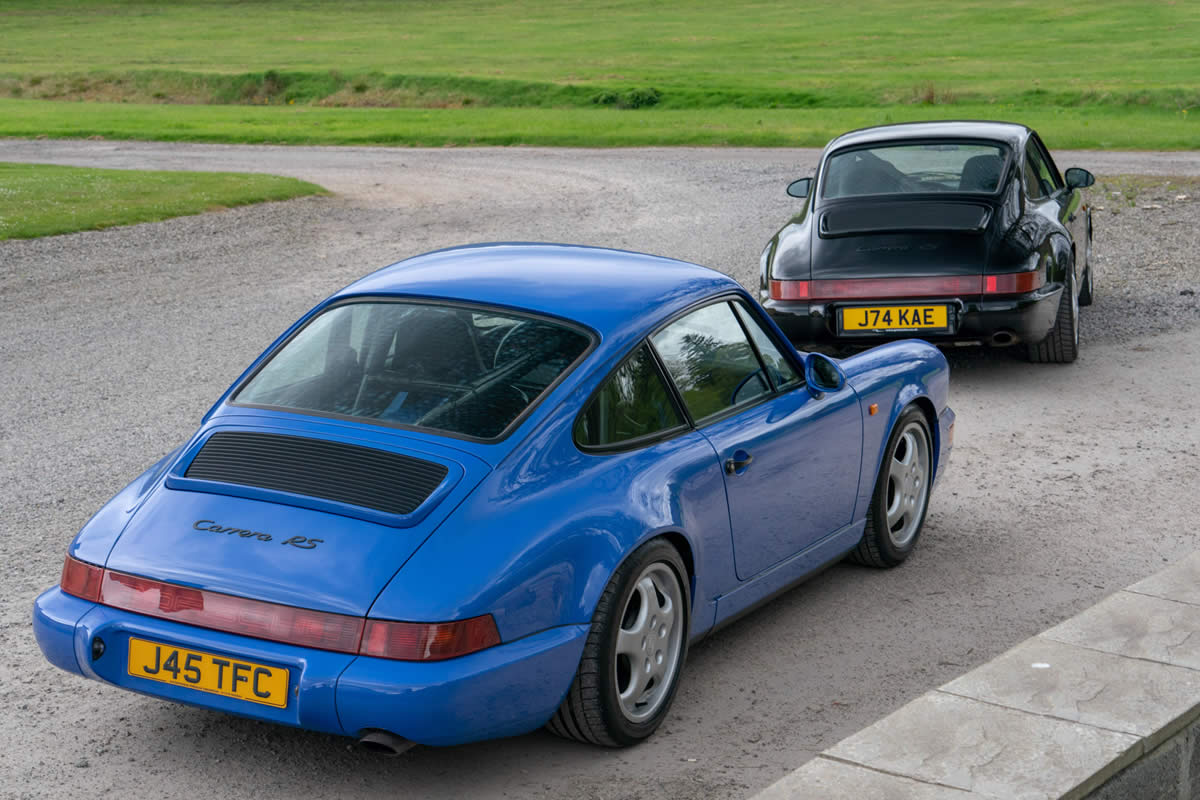 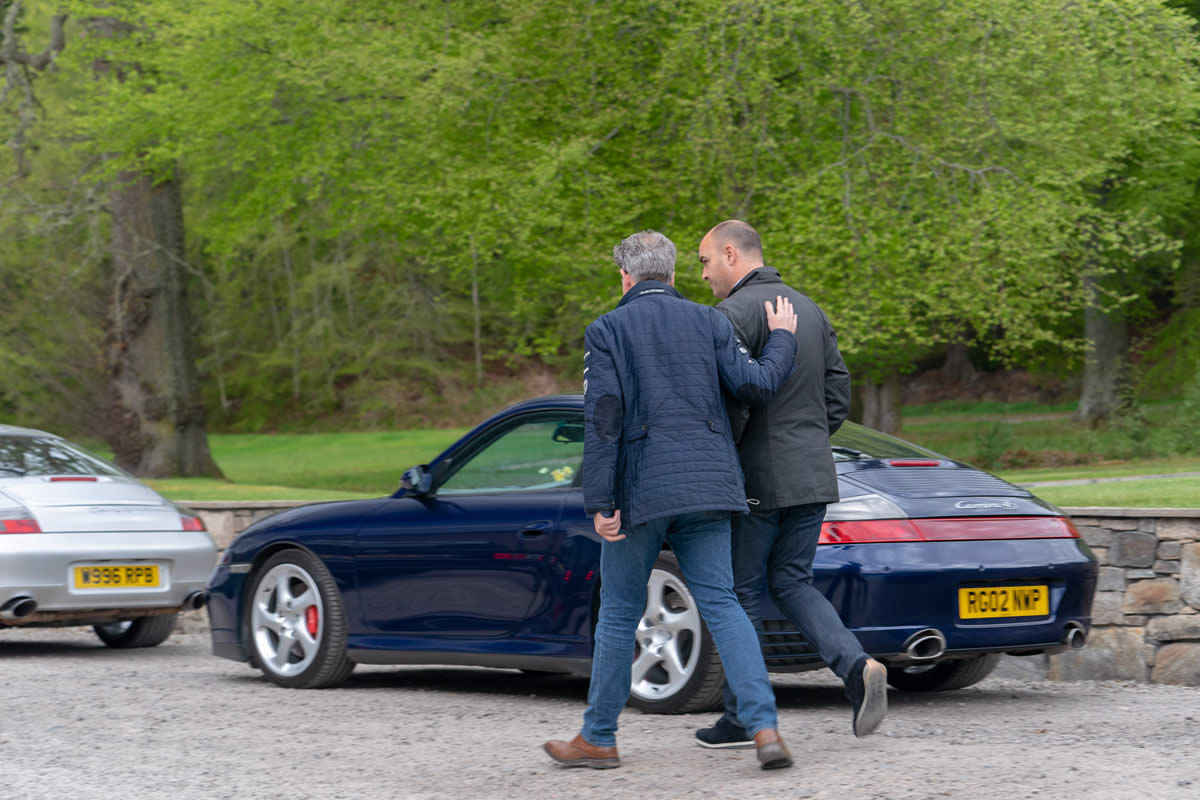 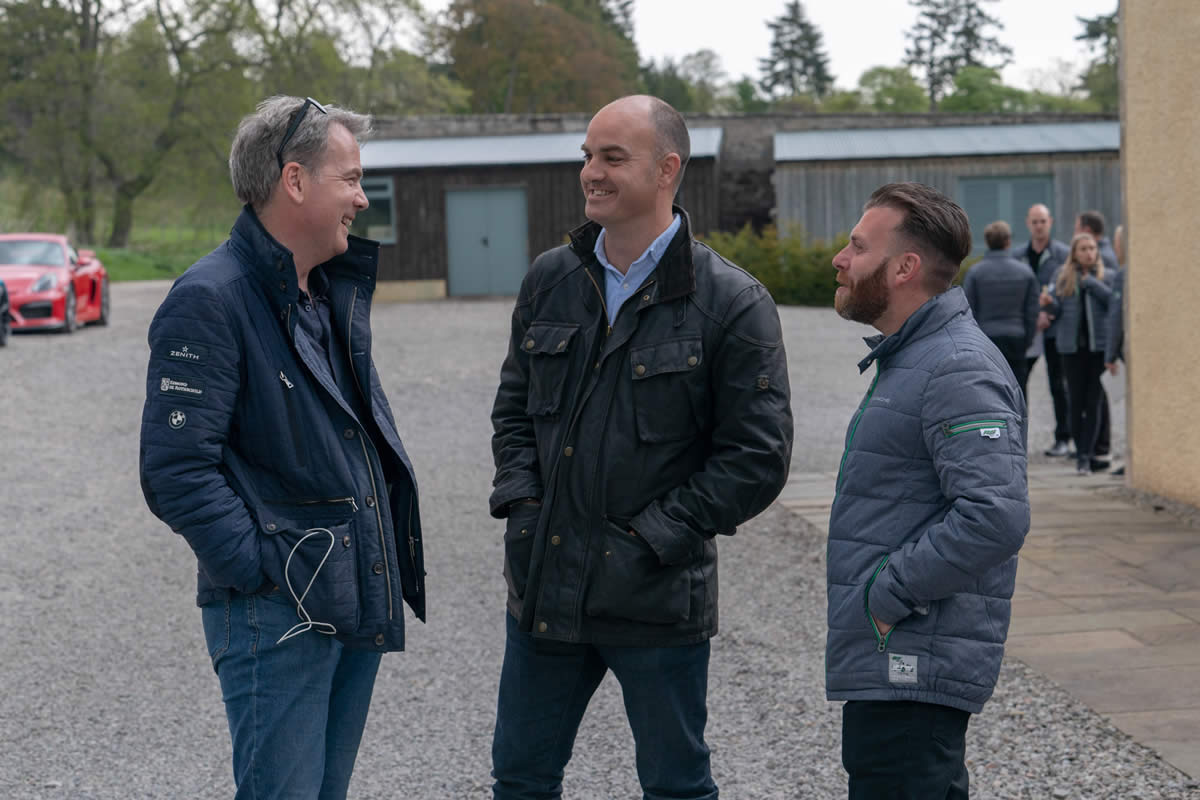 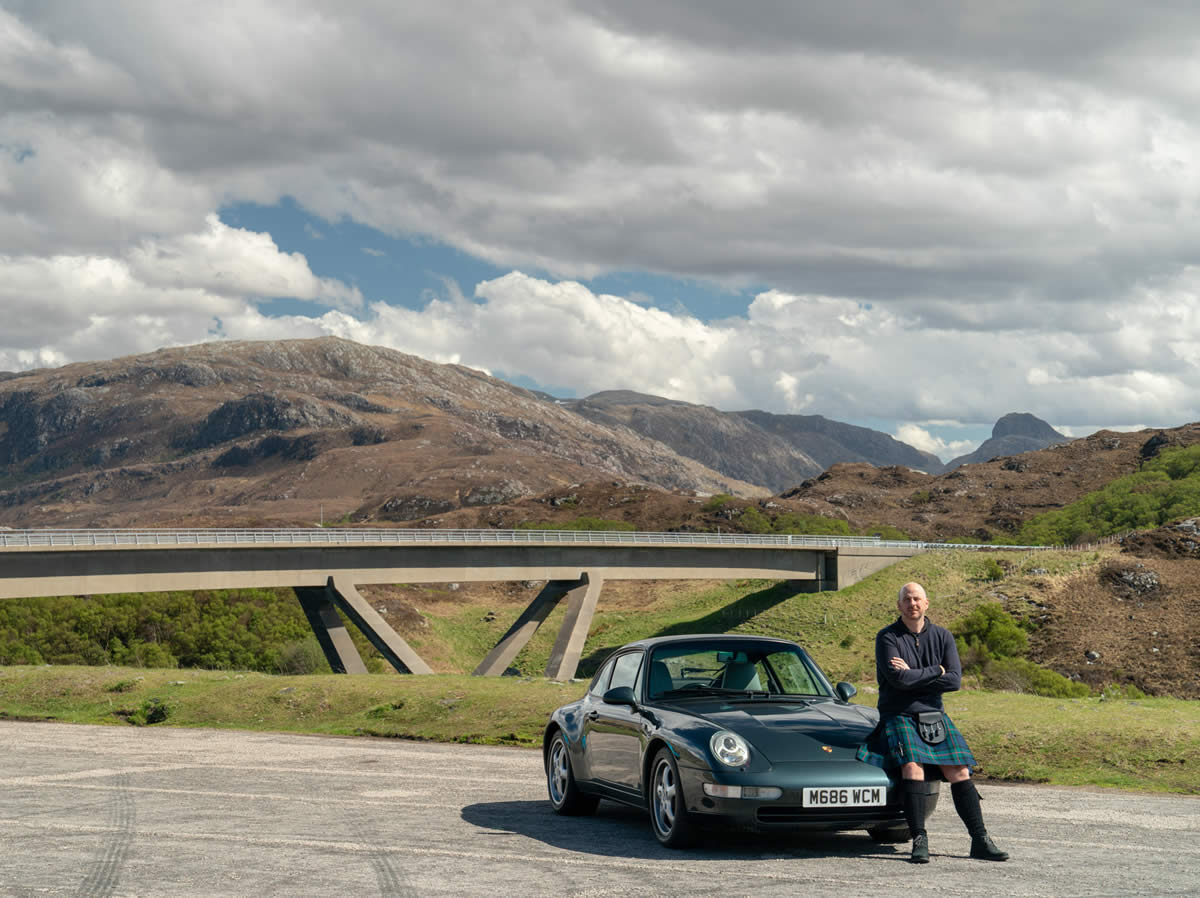 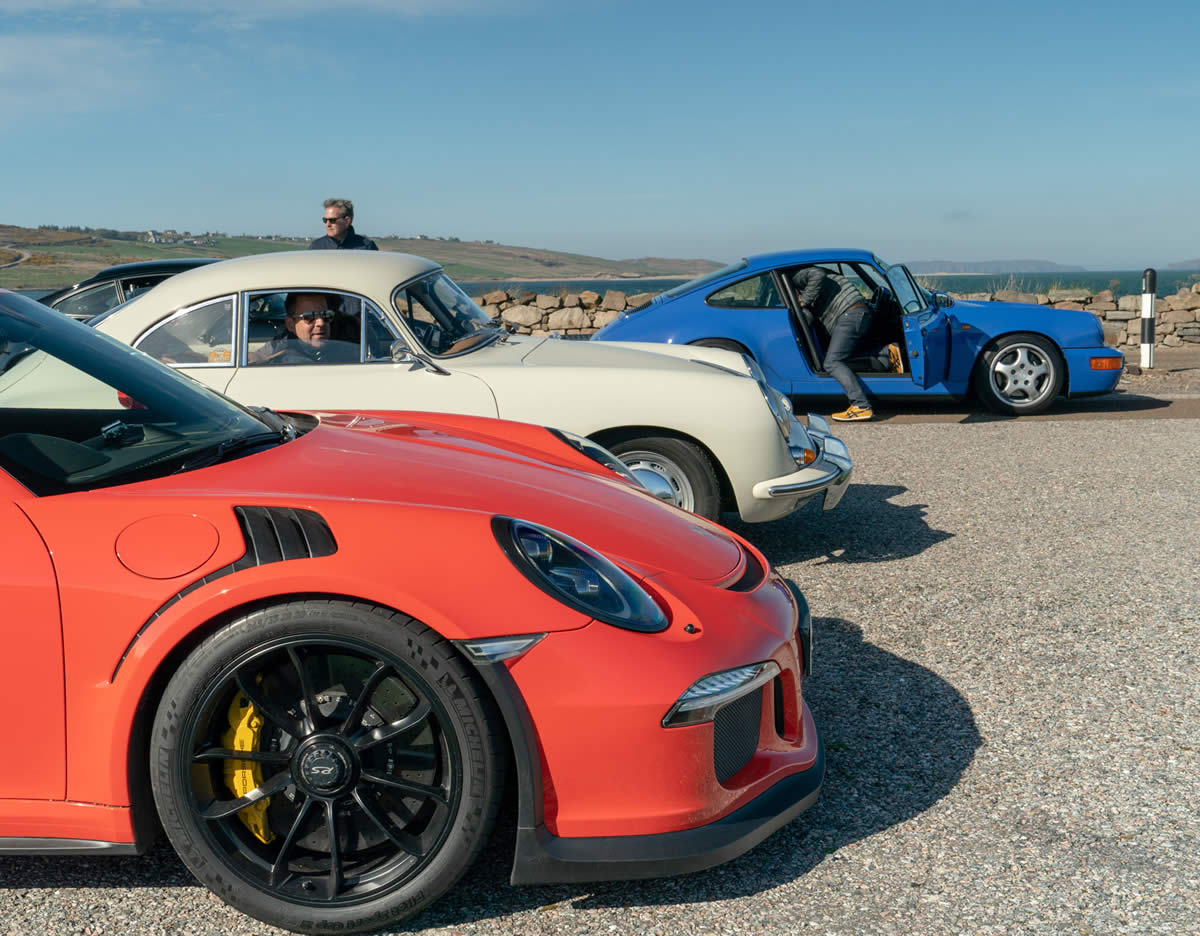 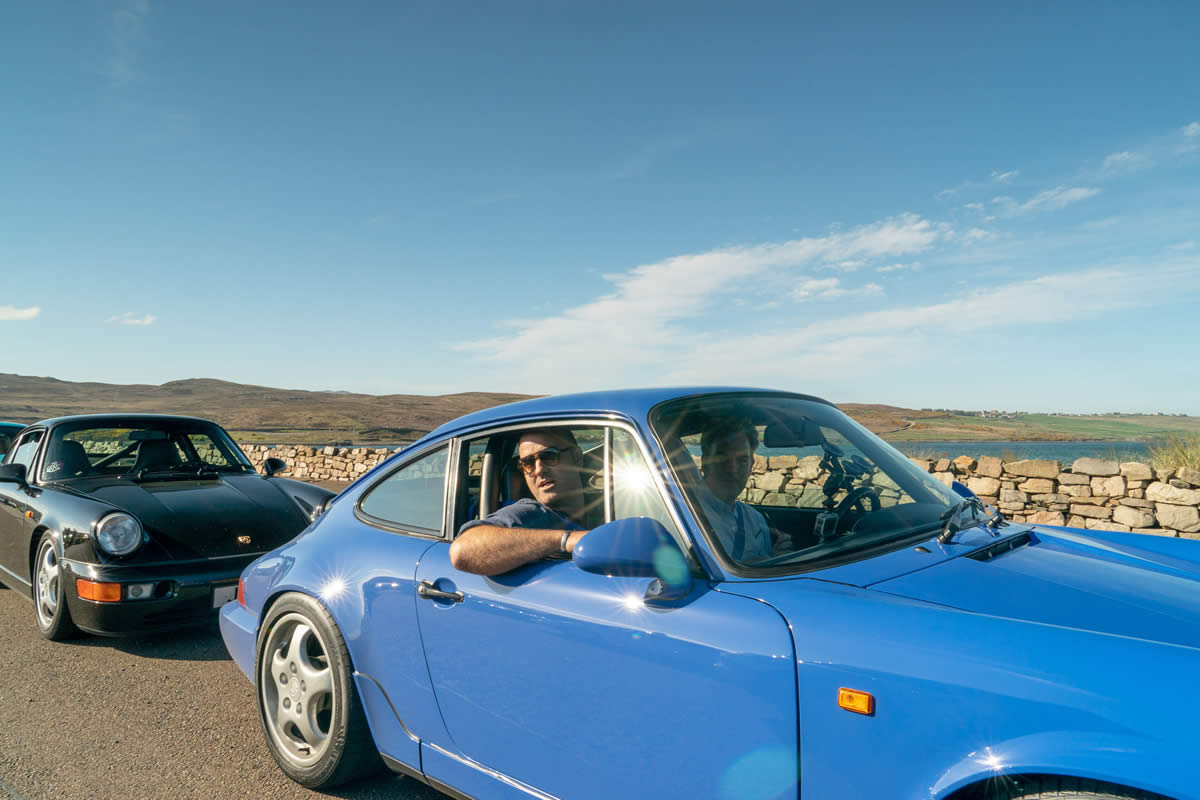 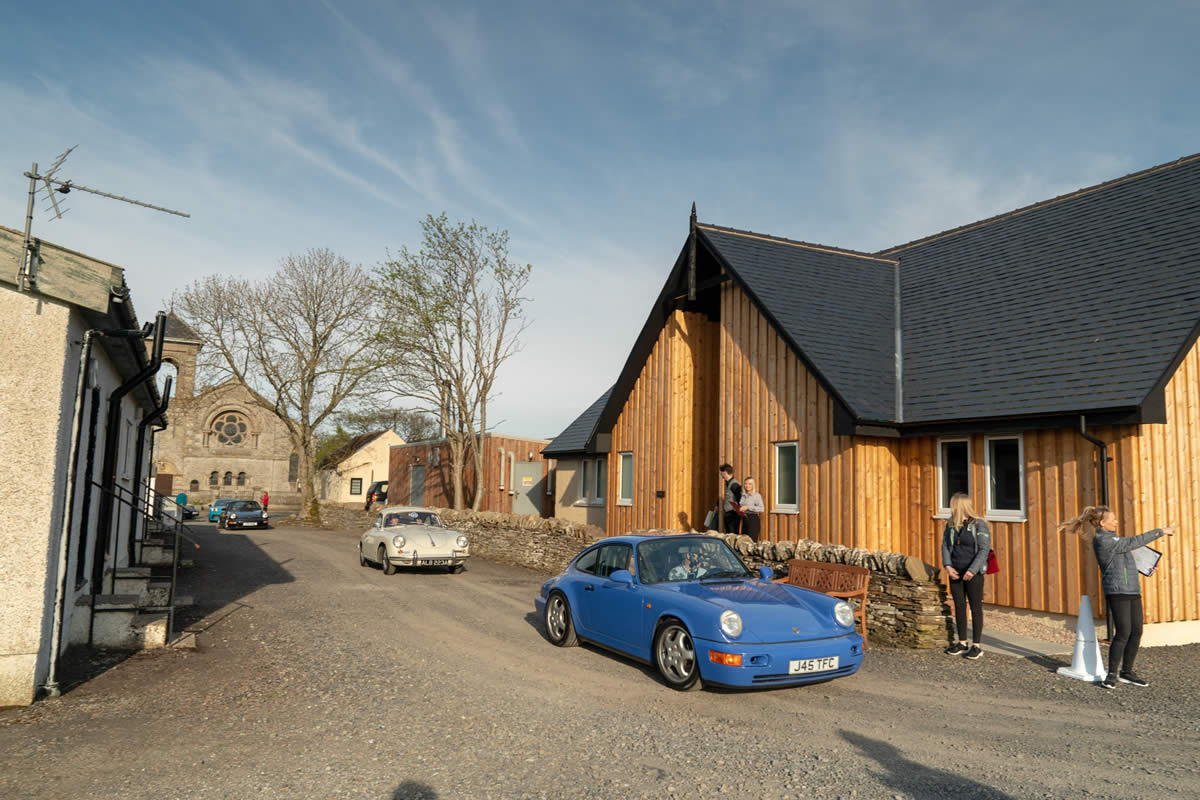 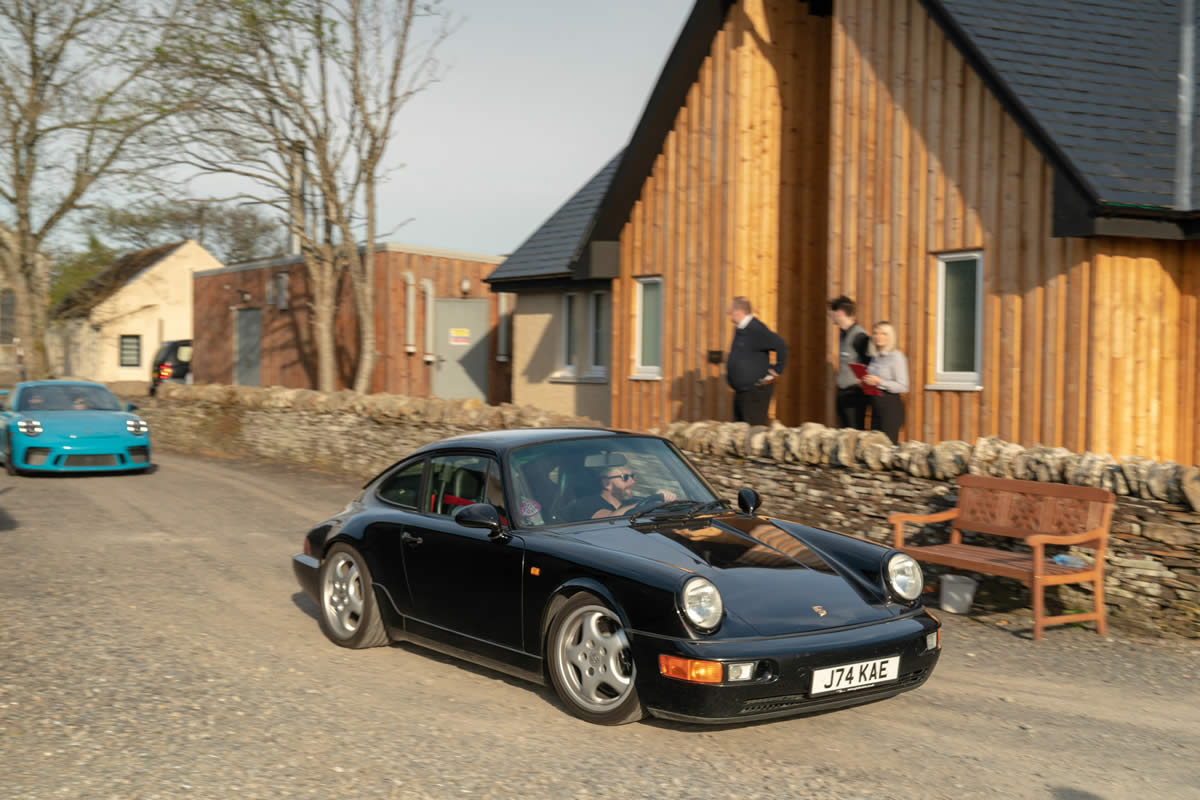 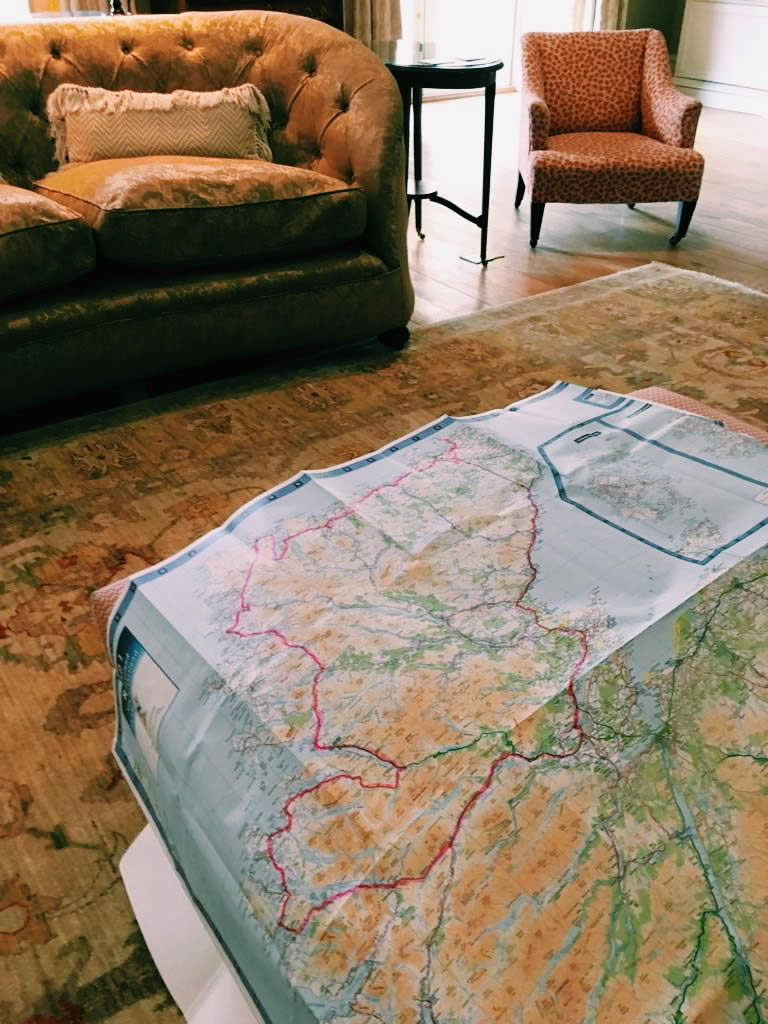 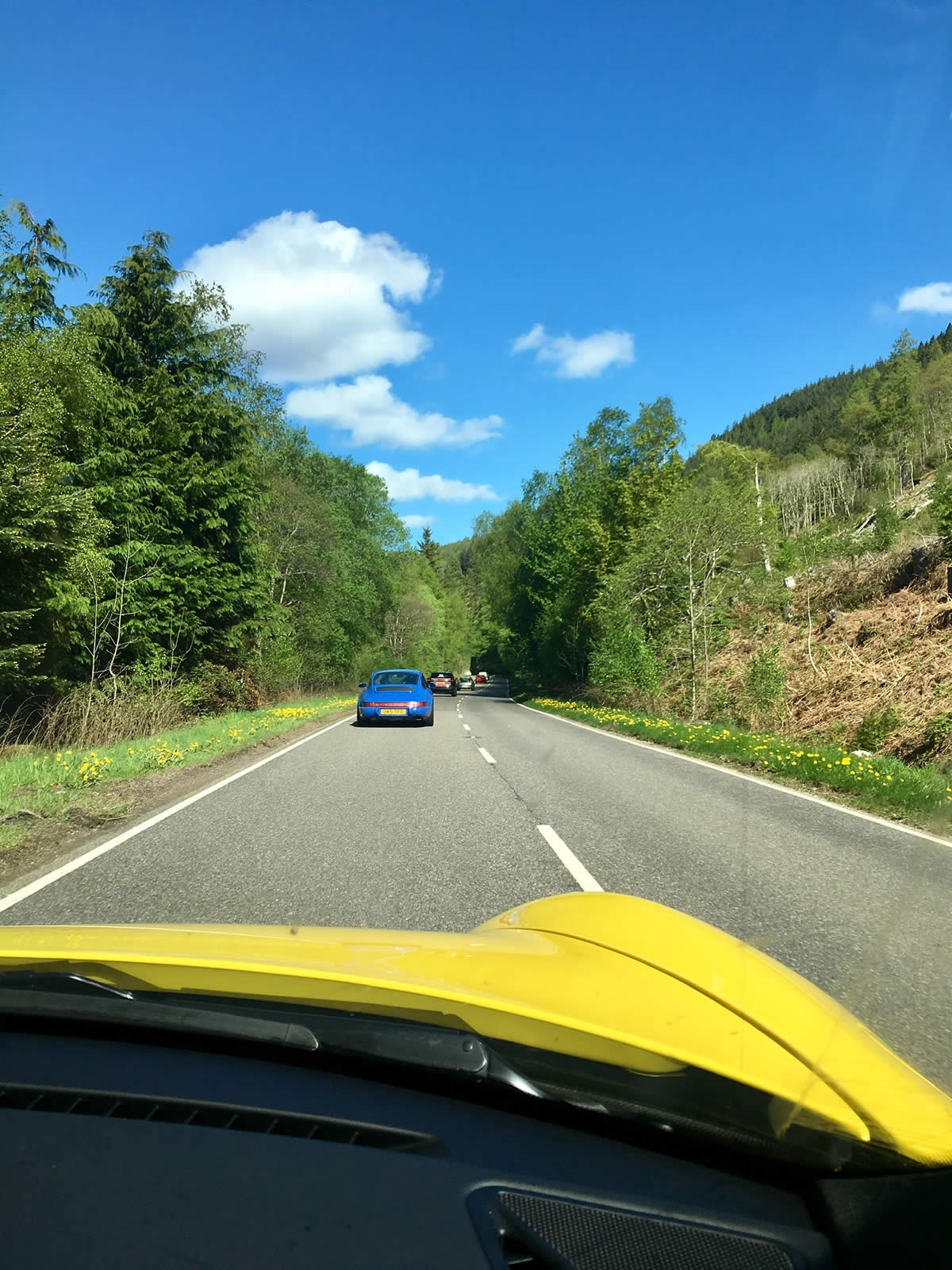 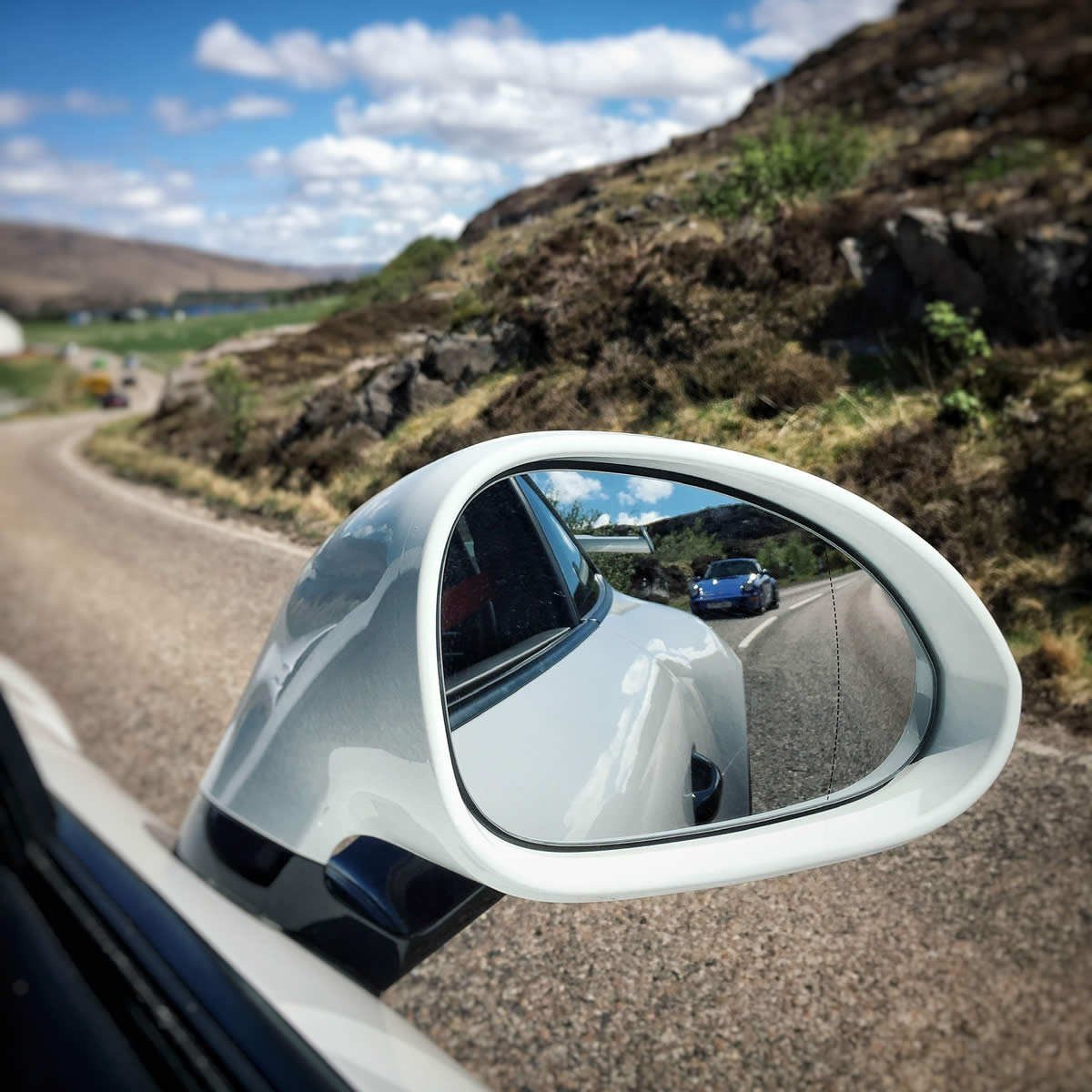 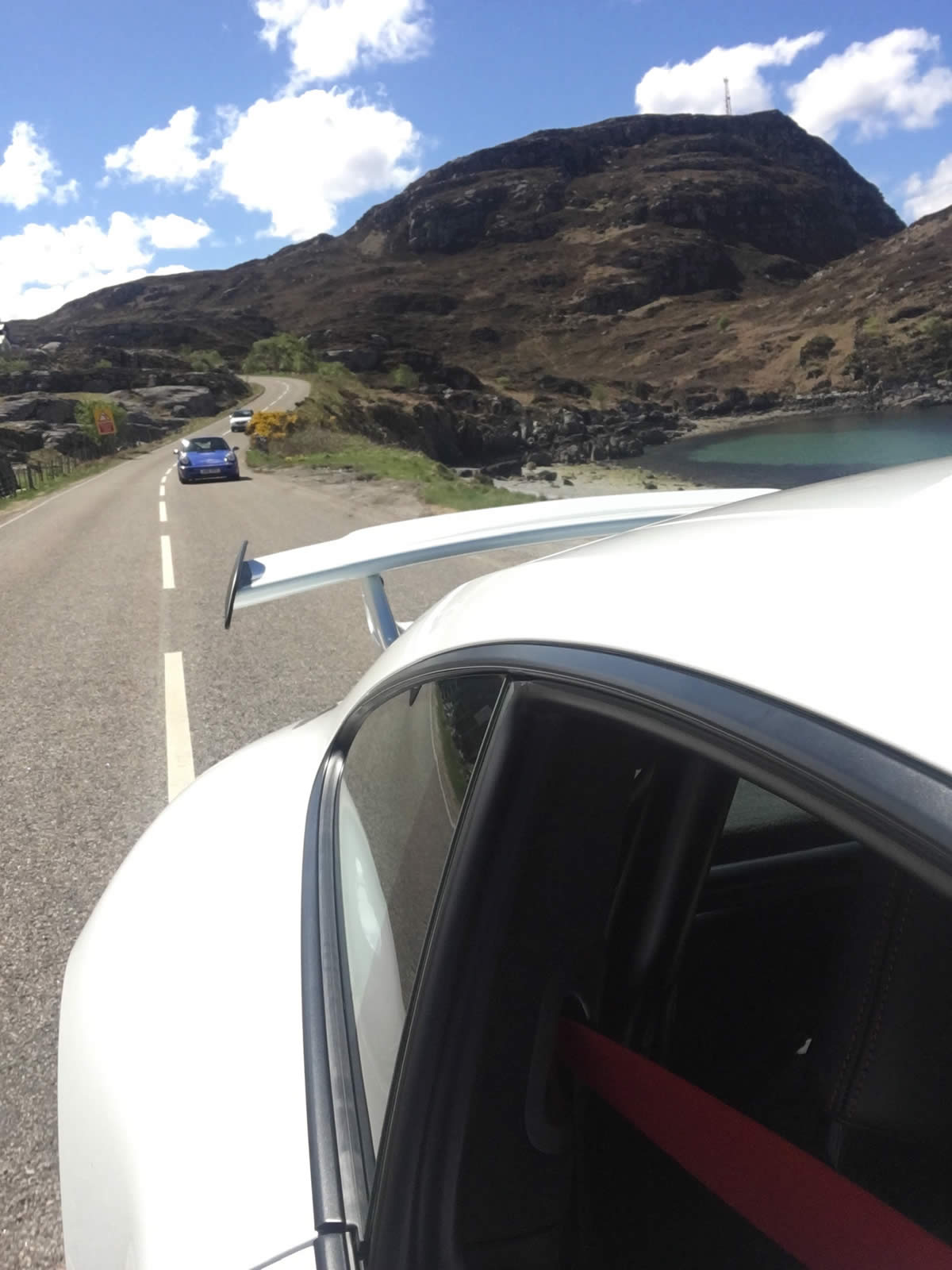 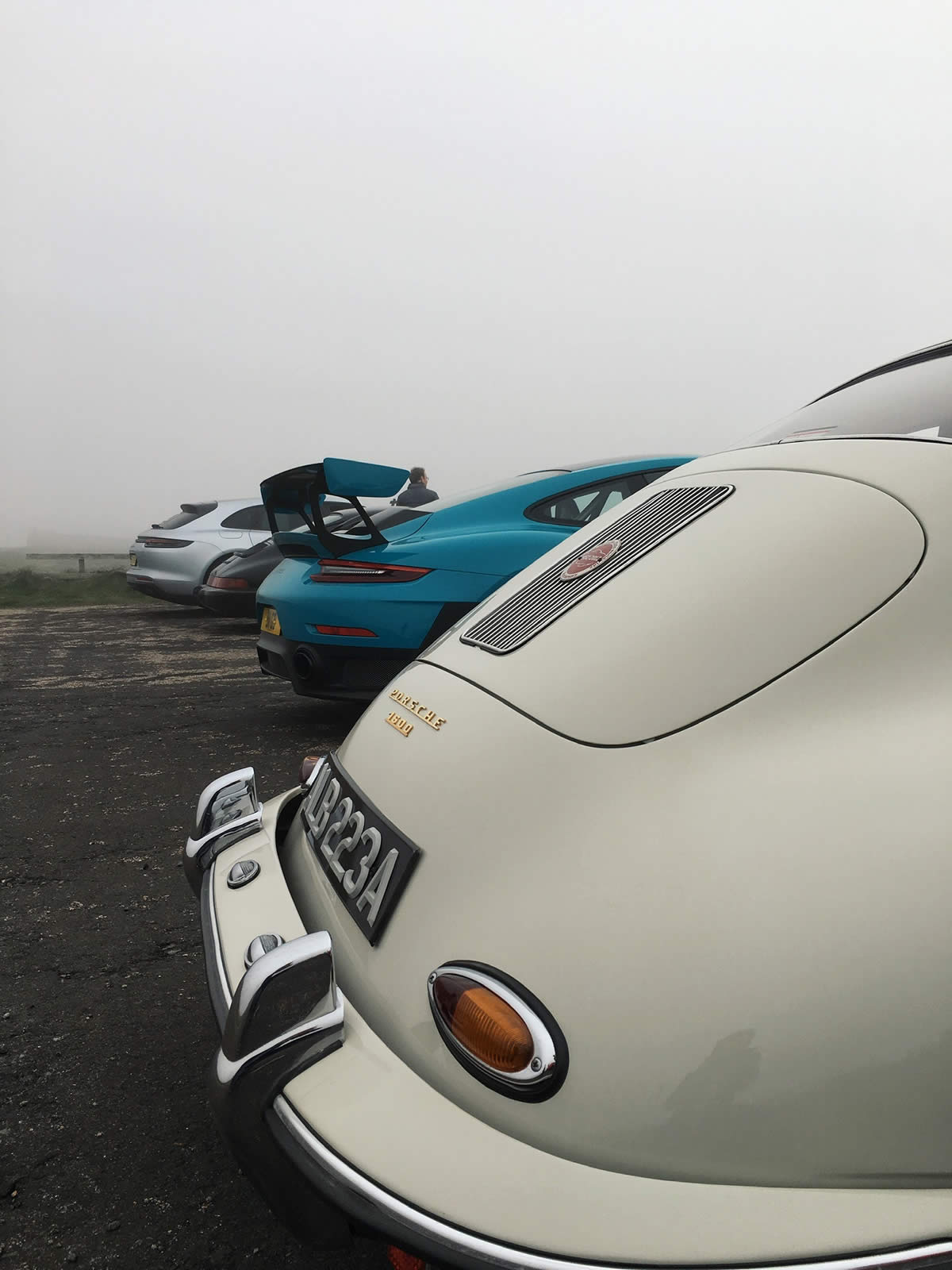 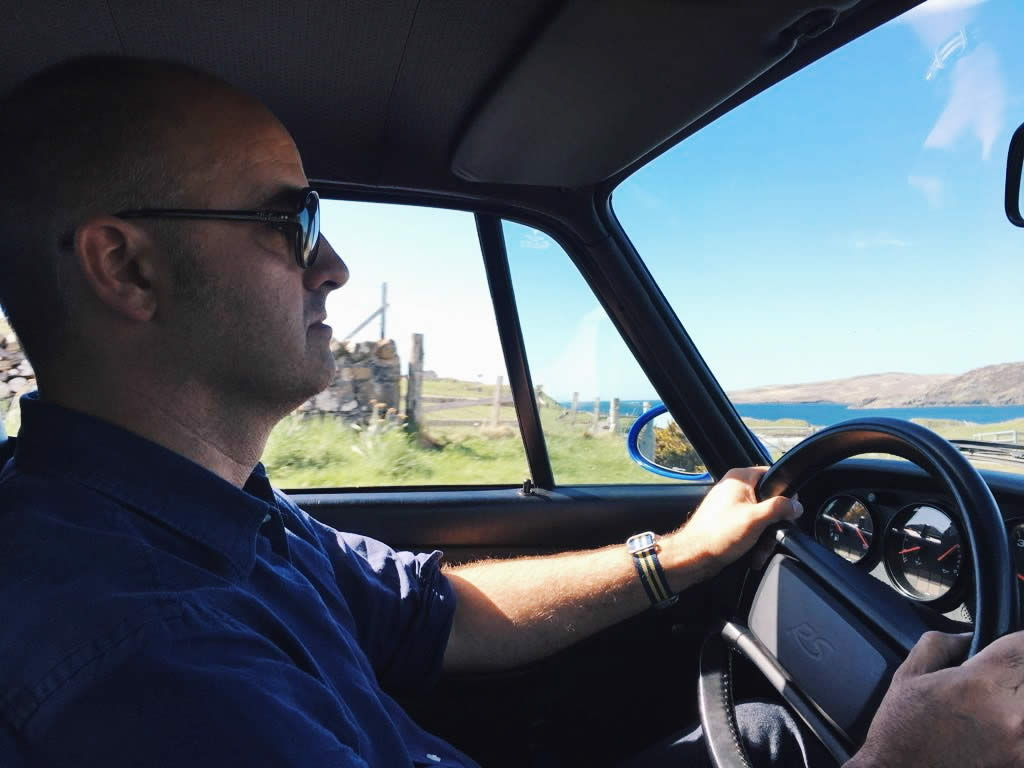 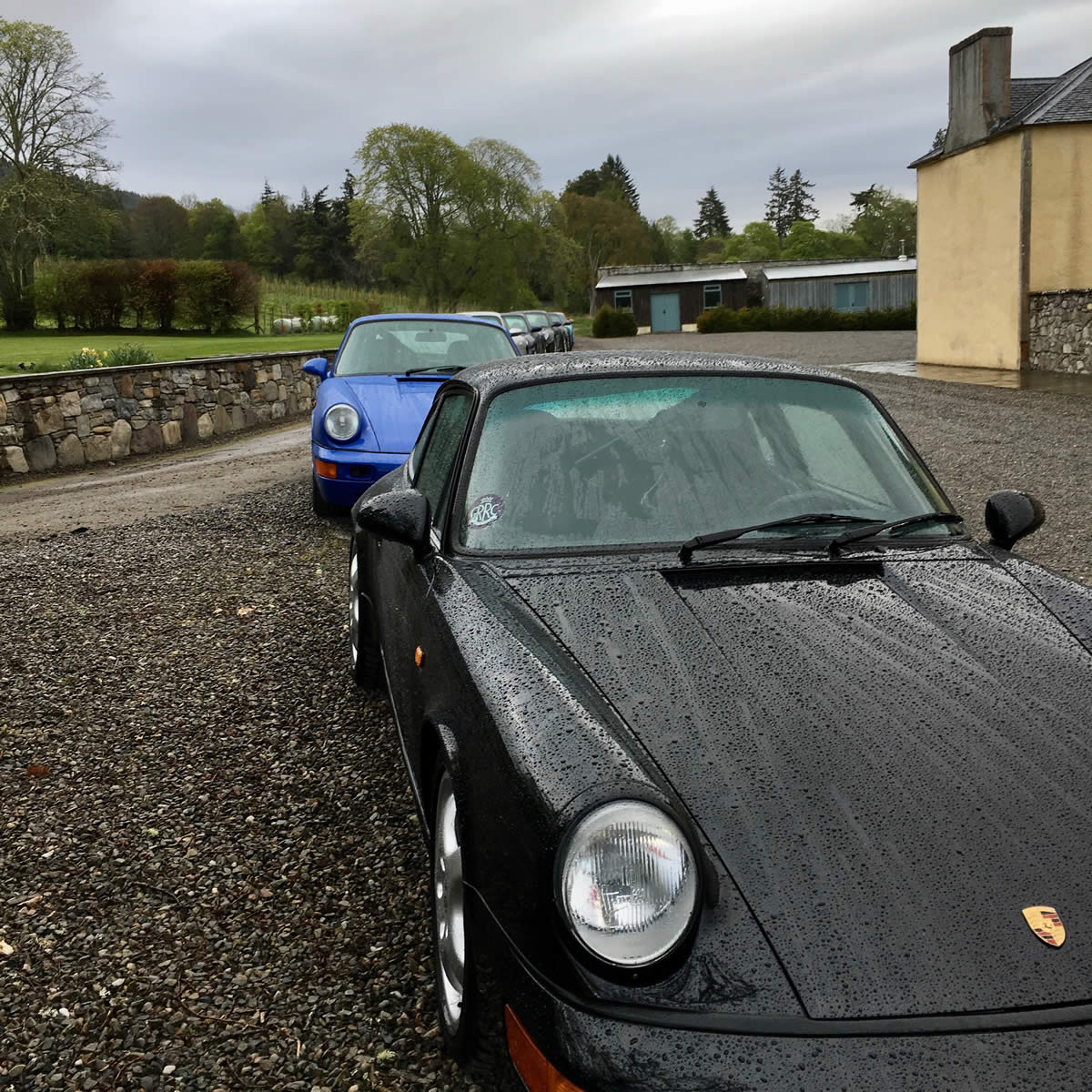 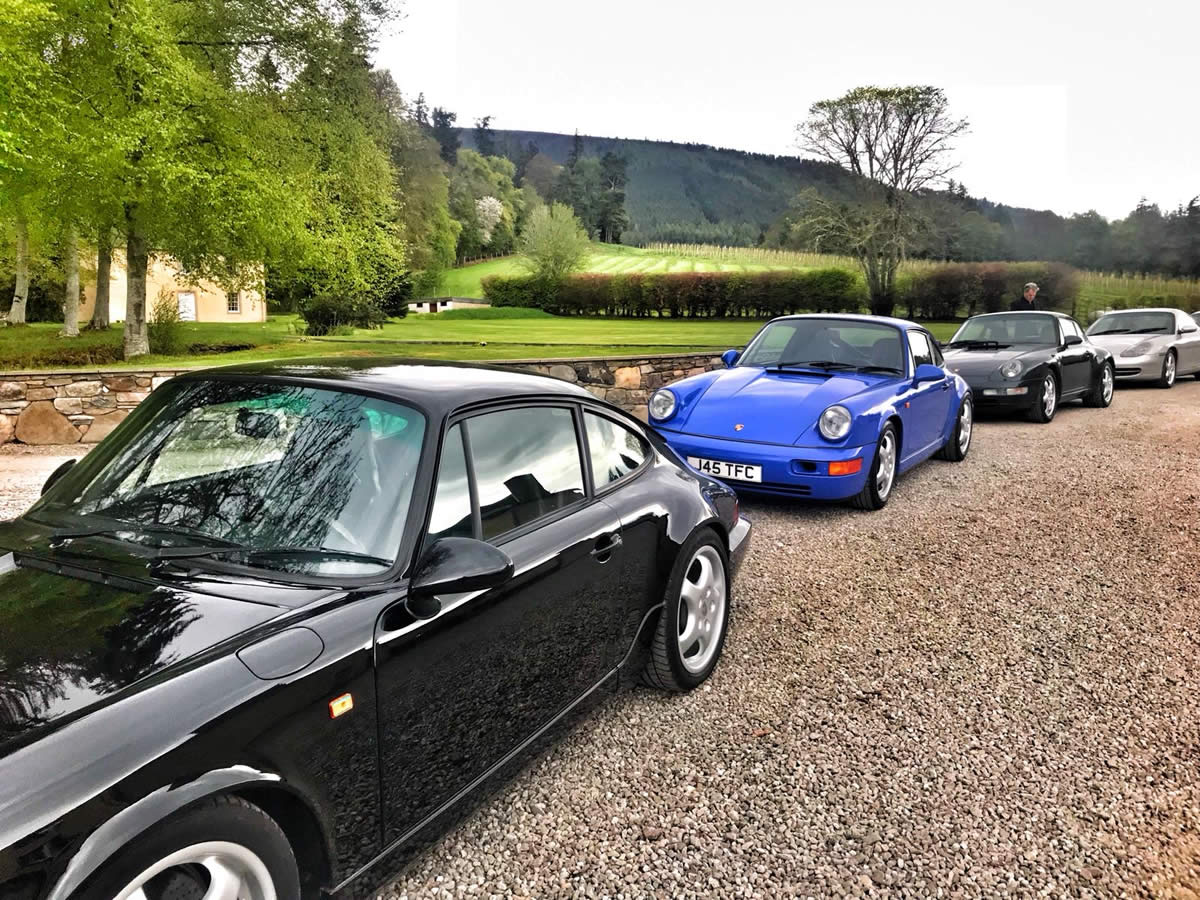 Like all great Porsches, a good 356 just works so well and feels so right, whether you’re simply making progress or driving the wheels off it. Most refreshing is being able to use every single atom of power and focussing on preserving momentum to maintain your pace. With no monstrous reserves of torque to punch you out of the corners the 356 revels in scooting into, through and out of corners with maximum commitment. And all at speeds that struggle to breach the speed limit.

As for the notorious swing axle handling traits, this late model 1600 Super was faithful, predictable and progressive. Even when being over-driven in an effort to give JT a giggle in the pursuing RS. There’s actually plenty of grip if you know how to work it, as there’s a very sizeable window between the moment the tyres begin to find their limit and the point they cry enough. It means you can really lean on the front and rear ends of the car without ever feeling like it’s going to do anything nasty. And because there’s no danger of overworking the rear tyres on the throttle you become consumed by the challenge and reward of squeezing the chassis and motor until the pips squeak.

To me the 356 felt like absolute freedom. Gone was the weight of responsibility that comes with driving a hugely potent 600bhp supercar. Whatever rush you get from a furtive charge through the gears, or  switching off the PSM and smoking through a corner is rapidly erased by the fear of being caught in the act. And even if your conscience is coated in Teflon, there’s the inconvenient truth that for the vast majority of the time you’re deploying a small fraction of your car’s performance.

In the 356 you can drive absolutely flat-out and only ever experience fun. And when you wish to calm things down, the car slips along quietly and comfortably while immersing you in the simple pleasure of operating a beautifully analogue machine.

I always hope to have a 911 in my life, but should finances ever permit I have a 356 parked next to it in a heartbeat. It took me a long time to confirm it, but for me they represent the very essence of Porsche.