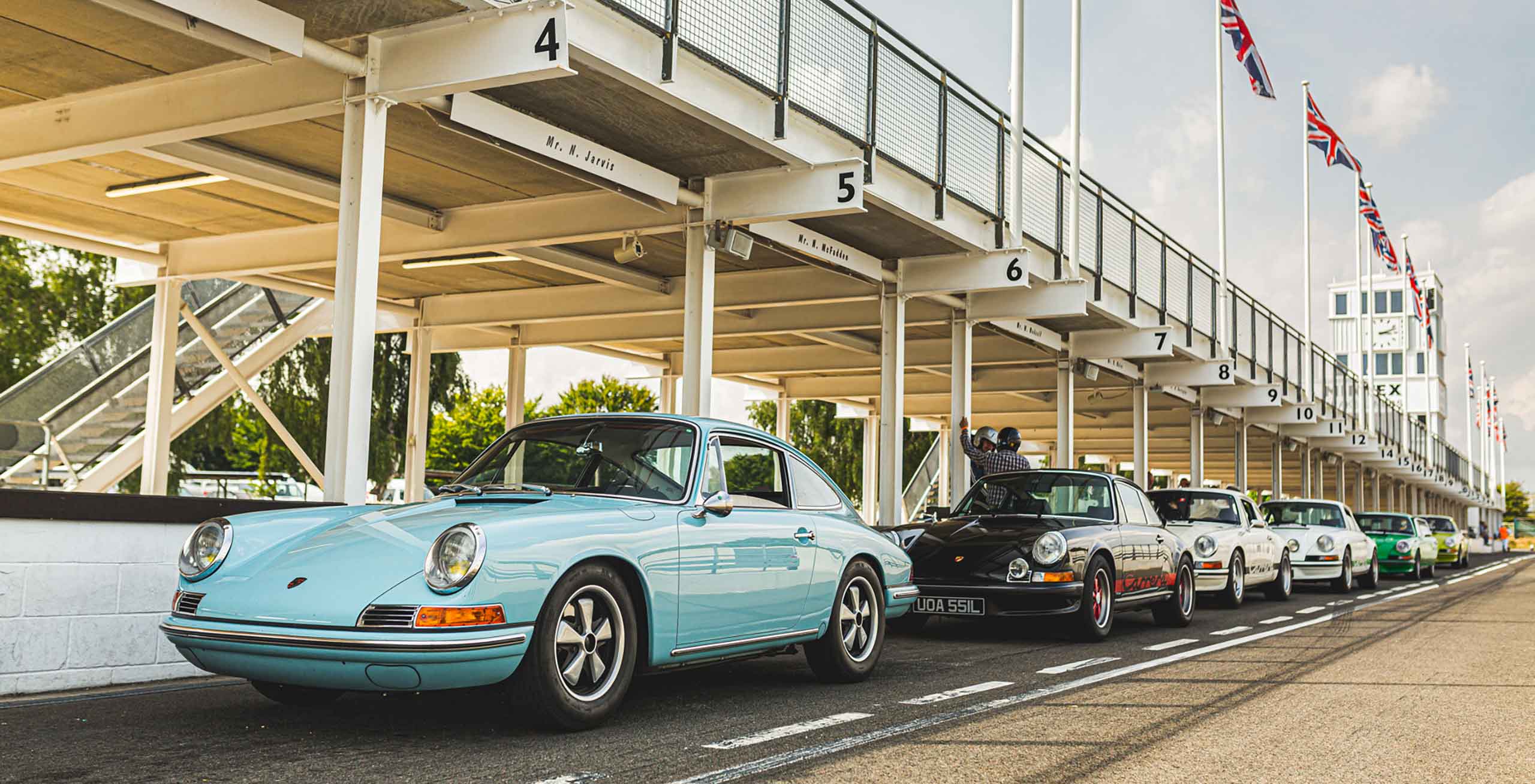 “Give me Goodwood on a summer’s day, and you can keep the rest…”

The infamous aphorism, always attributed to the late Grand Prix racer Roy Salvadori, sums up so much about why we all love our cars, and dreaming of how we are going to use them.

When we set about scoping our first ever track day, we all had a good feeling about creating a day that was, above all, enjoyable, rather than, say, racy, rammed with people or (worst!) an ‘instafest’. We would fill it with a broad section of friends and clients, in a wide range of cars with the shared aim of having a relaxed day, some spirited driving and some golden memories.

Clearly getting everyone together for fun would also involve hosting a dinner and so all attendees were invited to a slap-up meal the night before at fine local inn, The White Horse at Chilgrove. I didn’t mean to have that double Scotch with Rod and Ted, but it was rather tasty…. The next morning bacon butties and strong coffee were served as we were briefed extremely carefully by the always thoughtful Goodwood team.

We had cars from our 1961 356 Carrera GT to the latest 992 GT3 (I know which one I wanted to drive the most) and we were all thrilled to see five 2.7 RS cars driven in on the road and used on-track, just as their maker intended fifty years ago. Add in two genuine short wheelbase T/Rs with many period GT palmares to their names, multiple 2 Litre Cup Champions Historika with their 1965 race car (the 411th 911 ever made) and also their new ex-Dickie Stoop 67S, as well as a V10 Carrera GT – all on-track – and you had the makings of Porsche driving heaven.

Our short wheelbase road-racer 6 SPA was in popular demand, providing on-track laps for guests and it was that car that was again in action at the next track day for Sports Purpose – a private invitation to the first GP Ice Race track day at the home of the Austrian Grand Prix, the Red Bull Ring in deepest Styria…

How best to respond to such a kind invitation?  Well, with a big “YES”, obviously!

With typical thoroughness, we planned a charge from the UK to Austria the weekend before we left and smashed 2,200 miles in four days. Choice of car needed thought but the Sports Purpose 987 Spyder (also in use by Rory at the Goodwood day) was chosen over the 930 Turbo and even 545 as modern enough to cope with hours of cruising at 100 mph or more. The Spyder’s roof limits speed to 120 mph when in place but there is no such problem with it stowed. And it would be good to learn the track too!

The itinerary was along the lines of:

Wednesday, chilled start:  Munich > Spielberg via Studio FA. Porsche at Zell am See for coffee then dinner with everyone, more pilsner and schnitzel [there’s a theme here] (five hours)

And the reason for this commitment to the road trip?  Well, simply that young architect, GP Ice Race founder and all-round good guy Ferdi Porsche was kind enough to invite us to his track day and I really wanted him to drive our pale blue road-racer, 6 SPA. Before that happened however, we had a few bemused 964 Cup drivers, wondering why this little 1965 car on 185-section road tyres was holding on to their rather more modern cars. 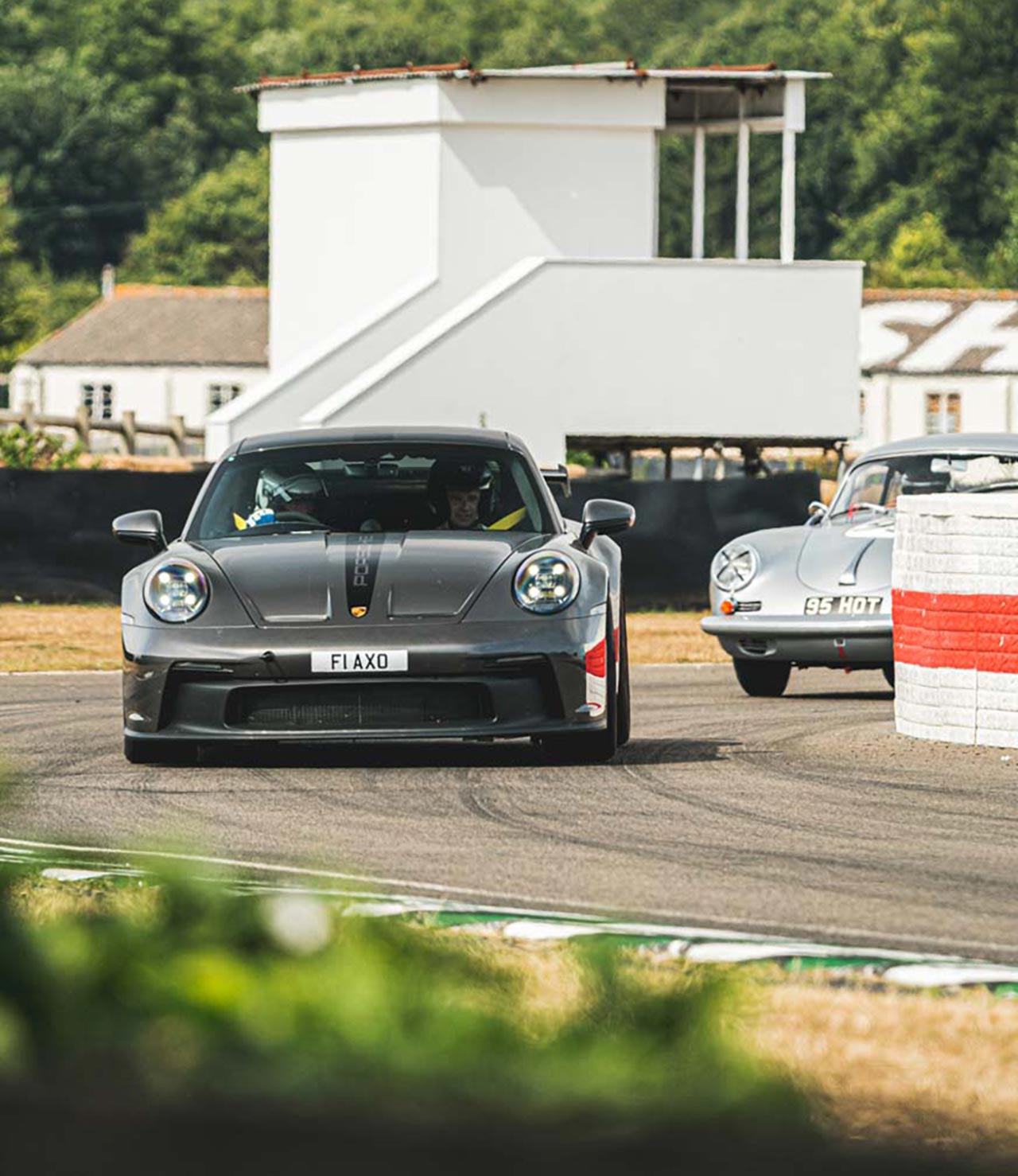 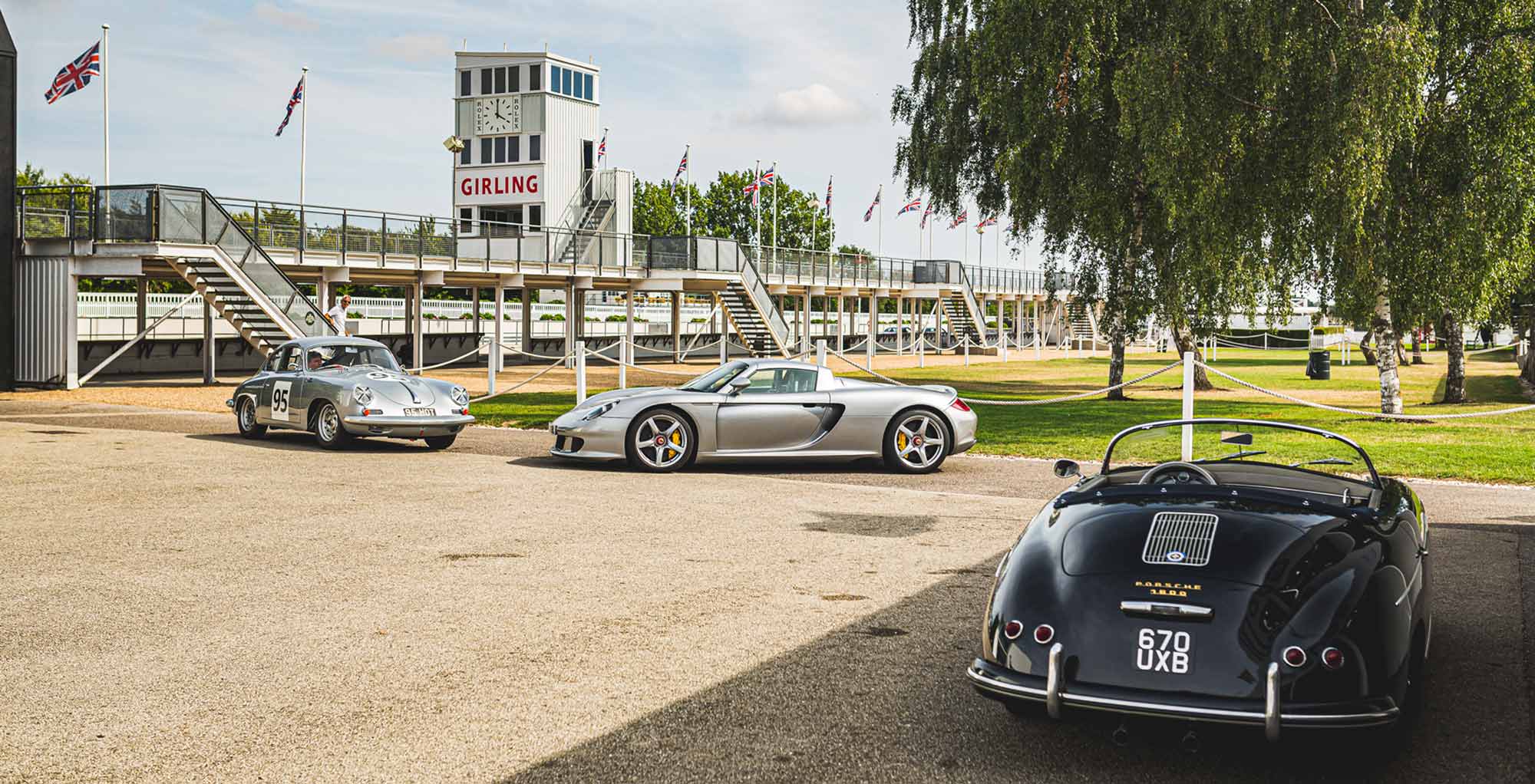 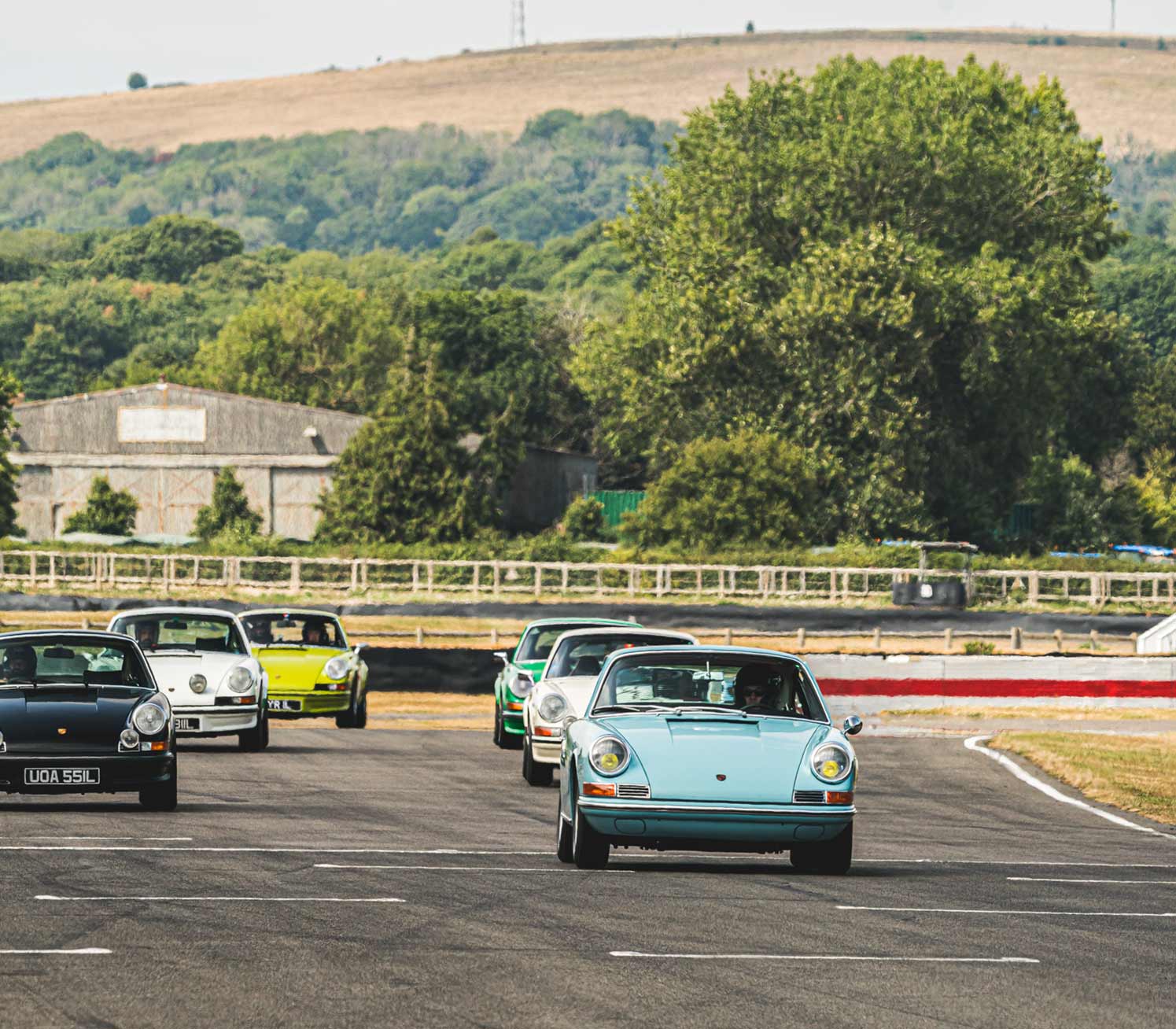 Over a very good lunch, we explained that when we specced the road-racer with Paul and Richard at Tuthill, the aim was for ‘occasional’ track day usage and the laps at Goodwood (probably 30-40) and of the Red Bull Ring (probably 50) proved we had it just right. Brakes lasted just fine, the engine was mighty and the handling hilariously balanced. Sometimes, often in fact, less is more.

Harry Metcalfe got it right I think when he talked about ‘driving fast, slowly’.

Ferdi was busy driving his 2019 Porsche 935 for guests but stepped out to try the road-racer. We decided that helmets were not necessary and set off at a high pace. I figure that a 29 year old driver called Mr Porsche doesn’t need much telling about how to drive the car that his grandfather launched and so it proved. It’s fair to say that the track test was hugely enjoyable for both of us.

We are nothing if not a family business ourselves and it was special to see three of the next generation out and enjoying their cars with their friends on the track. If you love Porsche cars as much as most of you reading this newsletter do, it was the best possible proof that the company is in good shape for the future.

It didn’t end there for me as my companion on this road trip was my youngest son, Zak, probably the biggest petrolhead of my three boys, sat in the passenger seat for four days, grinning from ear to ear most of the time. On-track, the flow of track experience (gained from days if not weeks or months on driving games on his Playstation) was limitless as was his confidence in my driving, even after I spun shortly after passing a dawdling Chiron.

We are unashamed drivers at Sports Purpose and we applaud anyone who uses his car as often as possible – the cars thrive on use and were built using all the lessons learned in motorsport, surely one of the reasons why Porsche is such a special company, and their cars so revered.

To return to Goodwood, Rory, a friend from Hong Kong and I sat down for a pint of beer and reflected on our day. Everyone had come and had a great time; Goodwood had looked after us perfectly, the weather had been beautiful, Rob Cooper had taken some stunning images, everyone had been impressed by the 2 Litre Cup racer and the road-racer. When it comes down to it, time with cars and friends, and family, takes some beating.

There will be more Sports Purpose track days in the future;  do let us know if you would like advanced notice to join us. 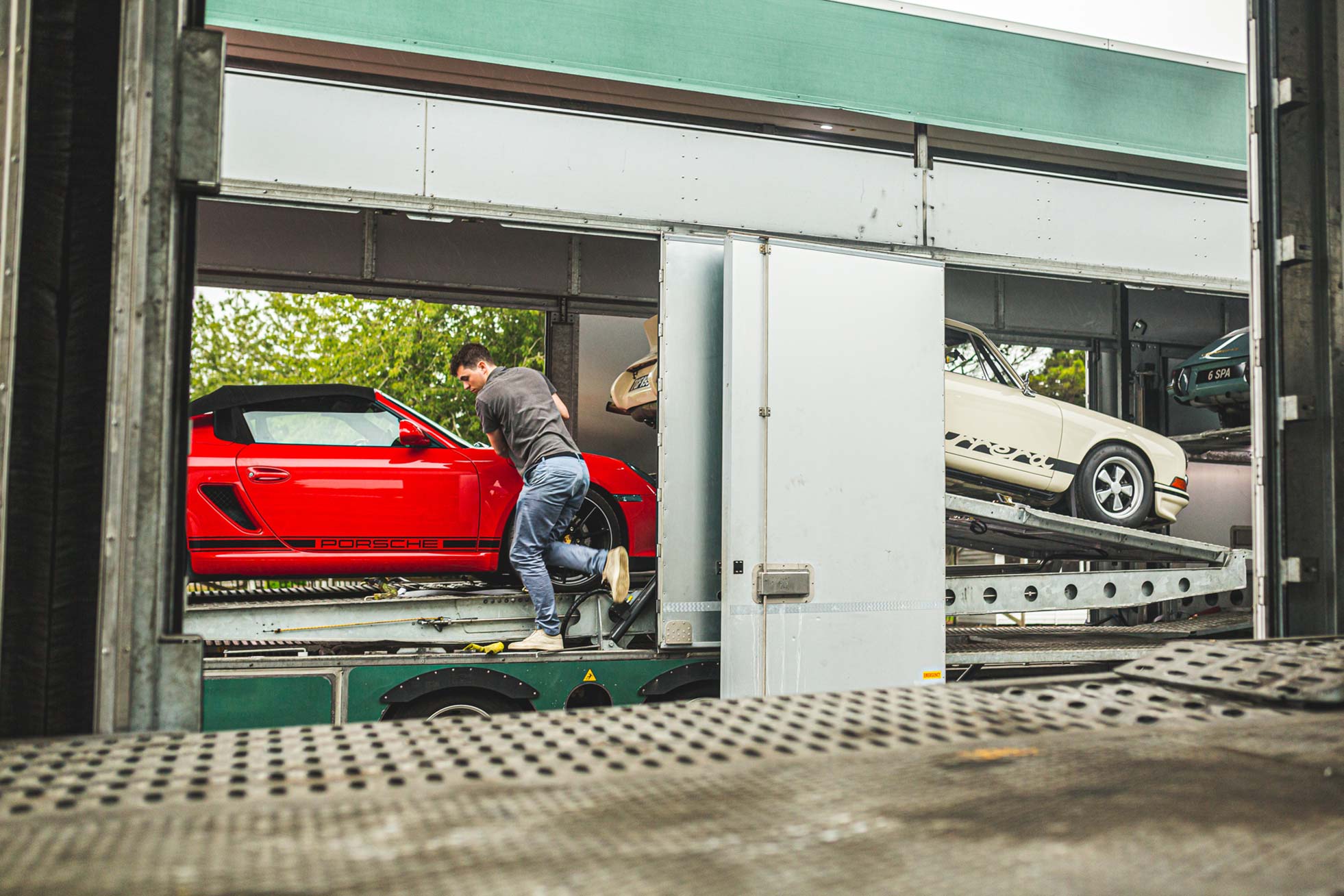 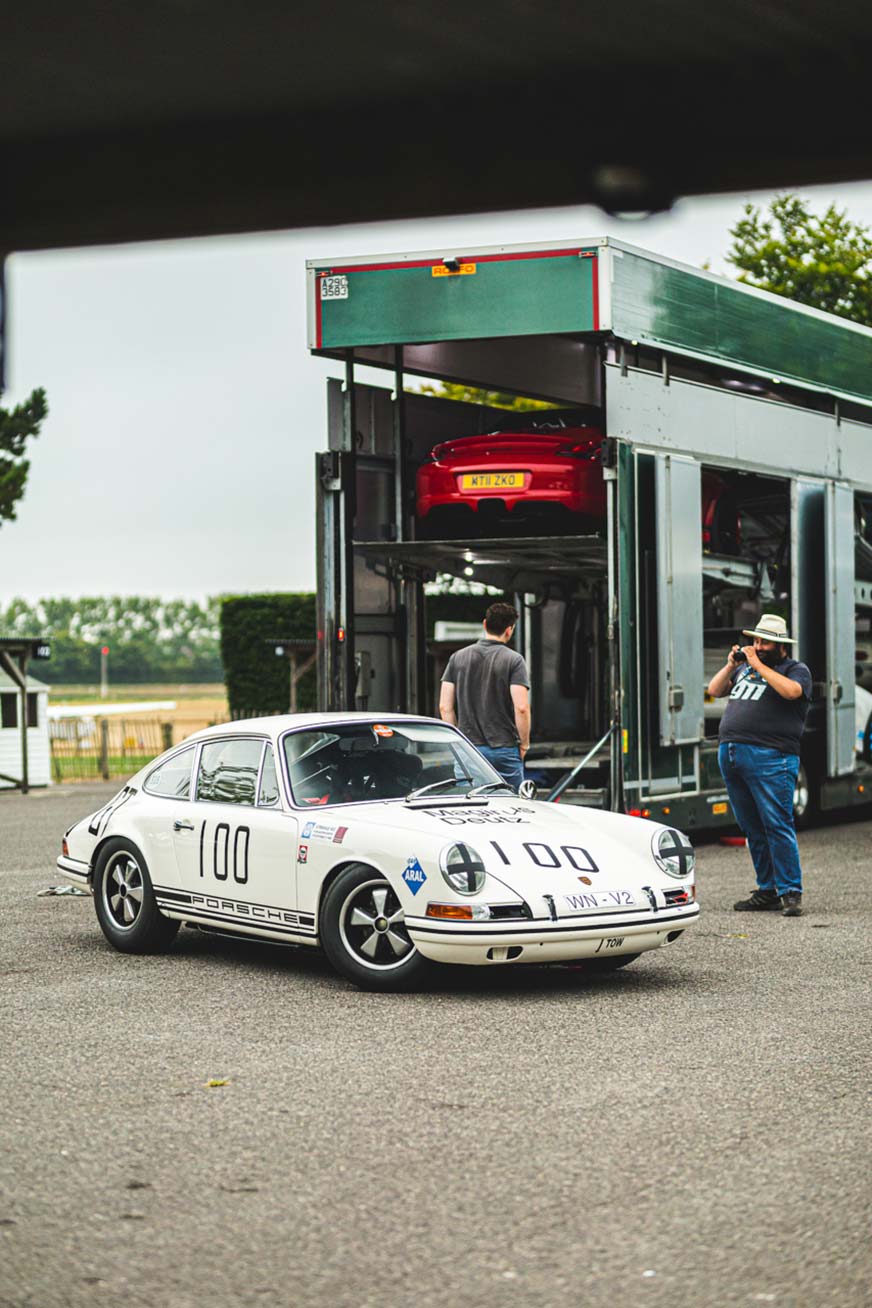 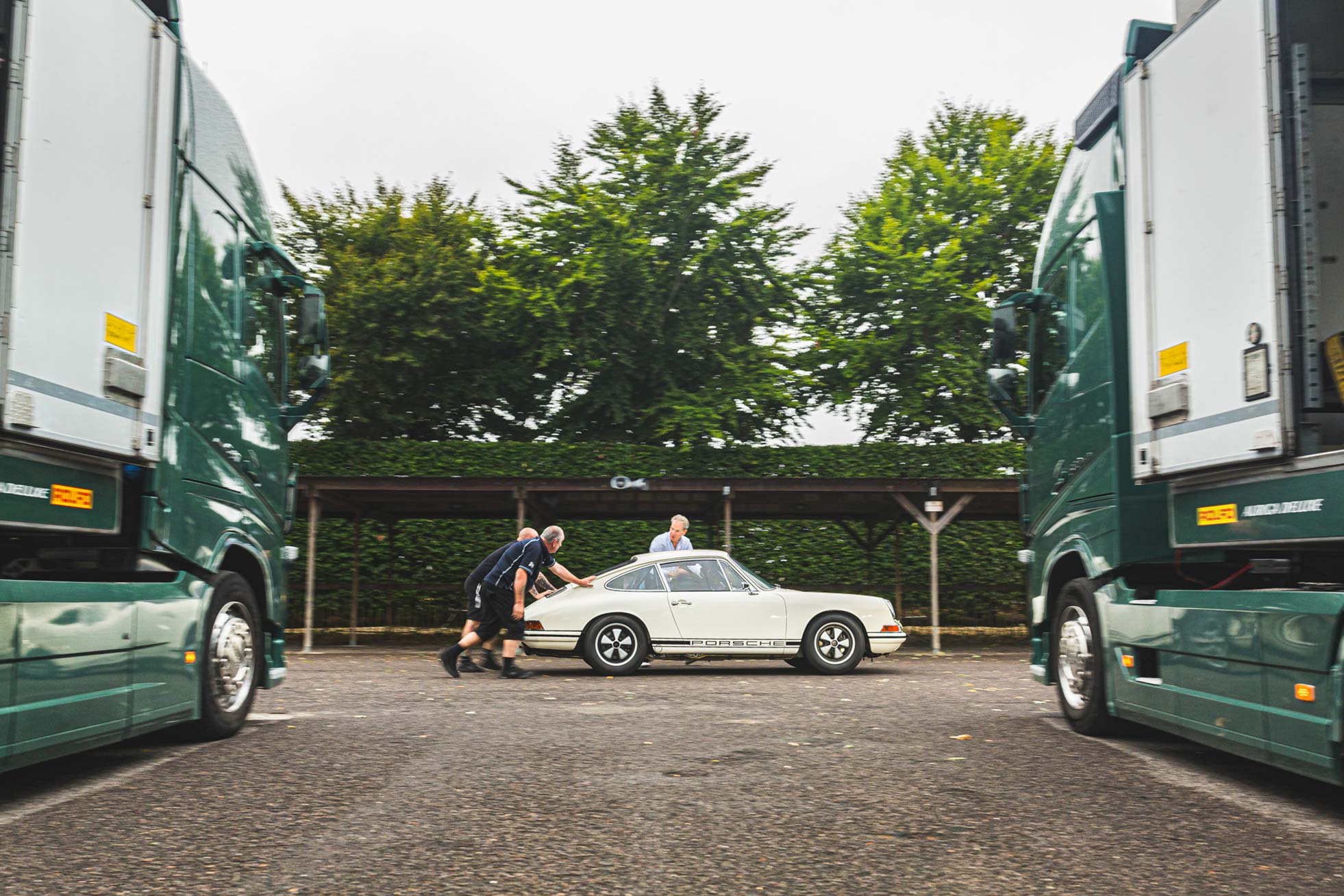 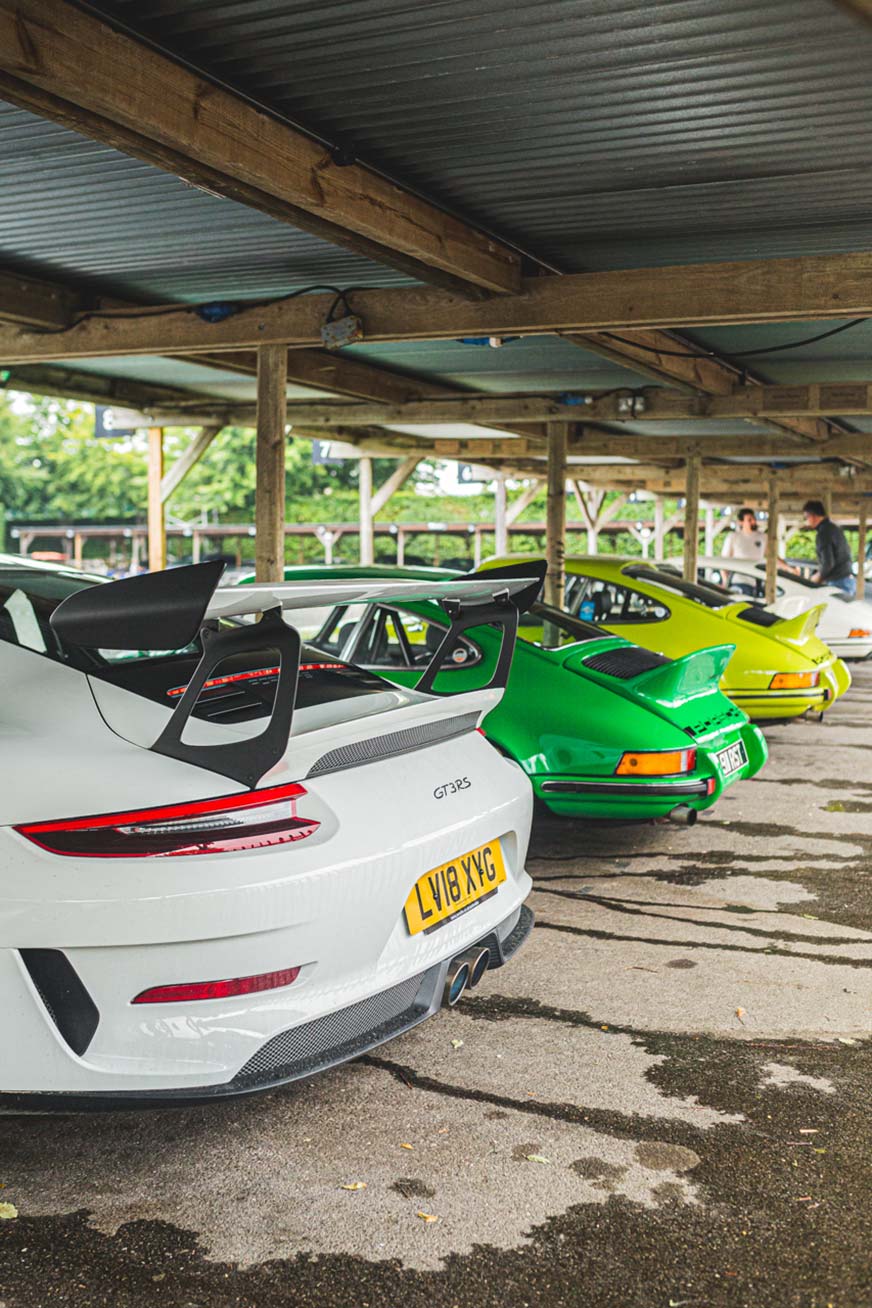 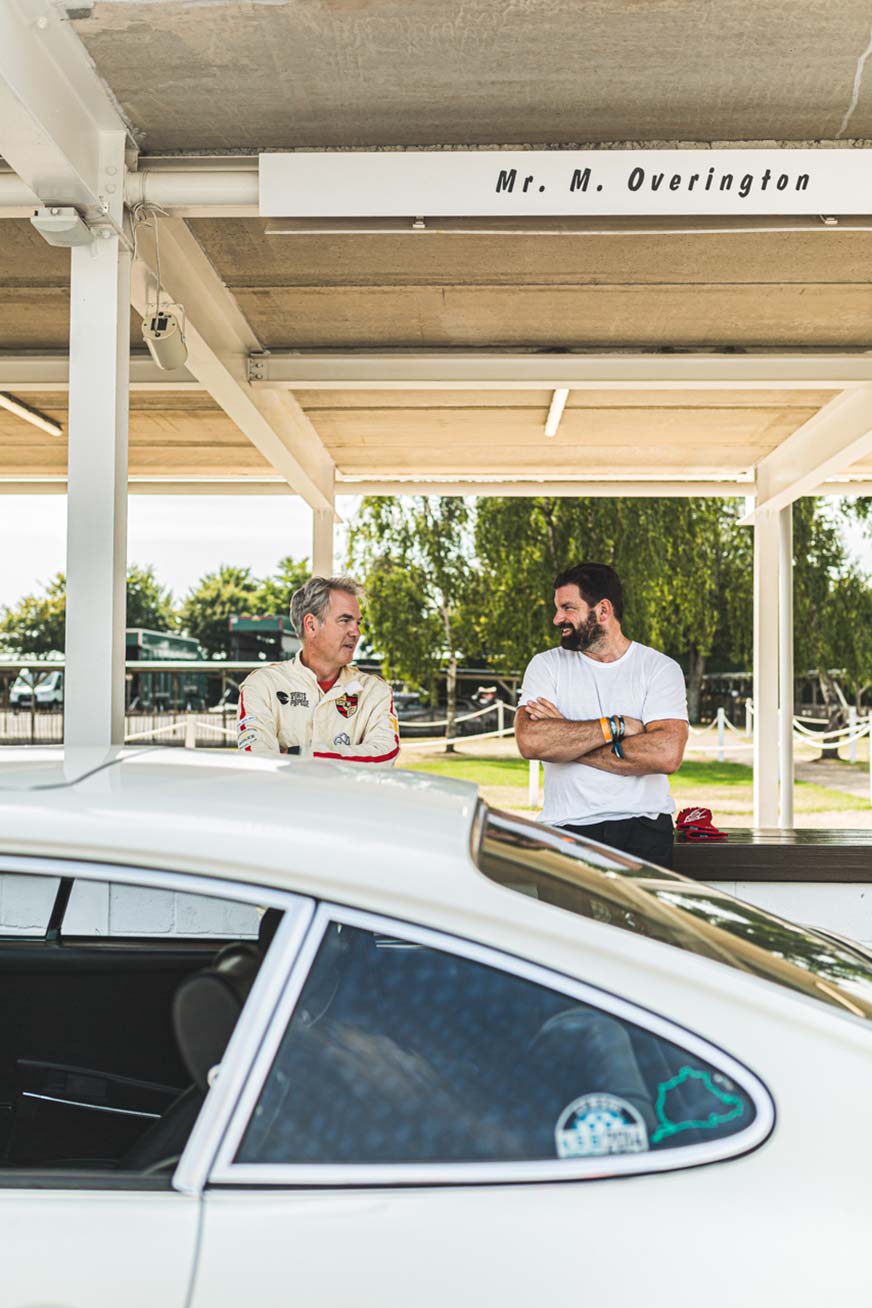 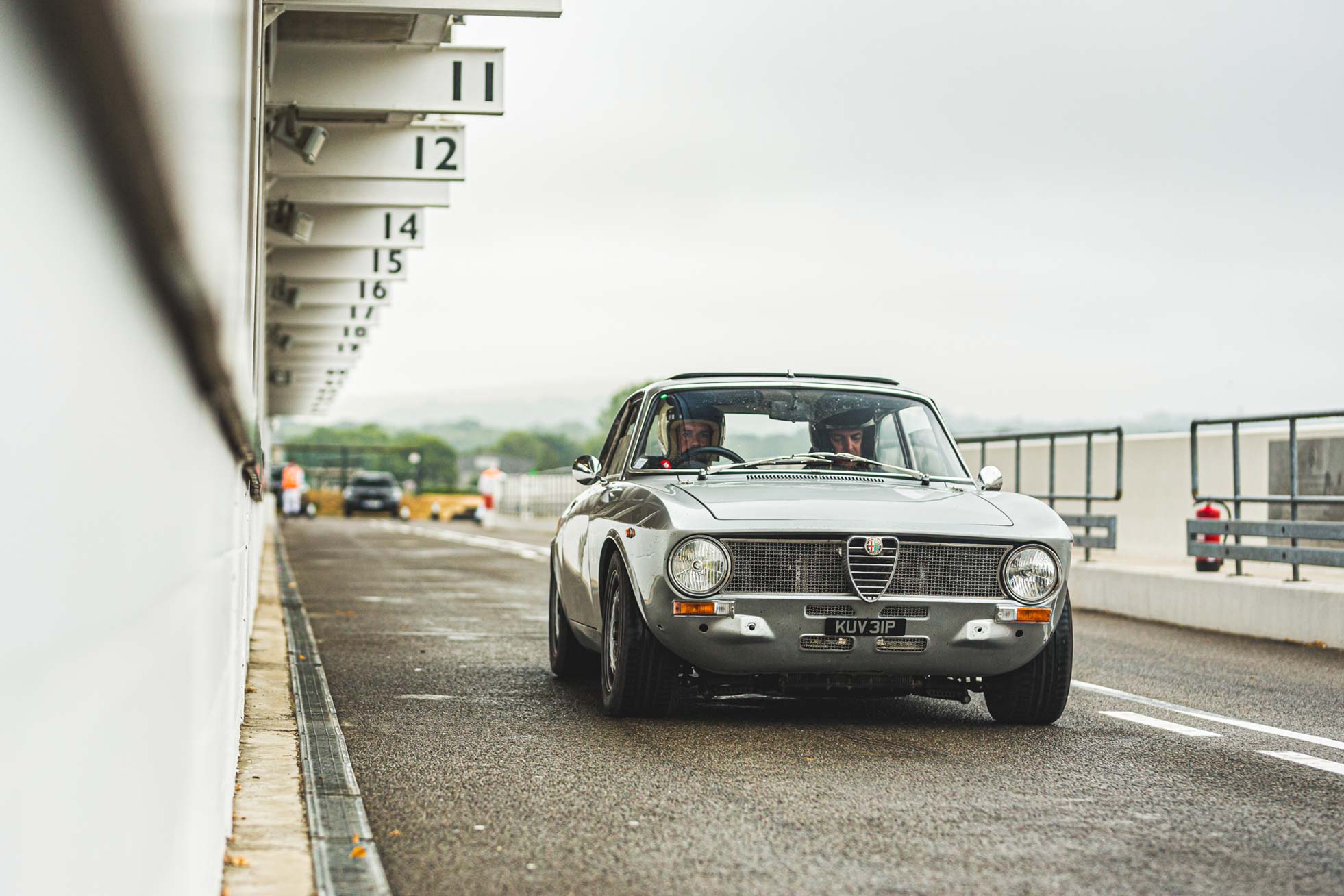 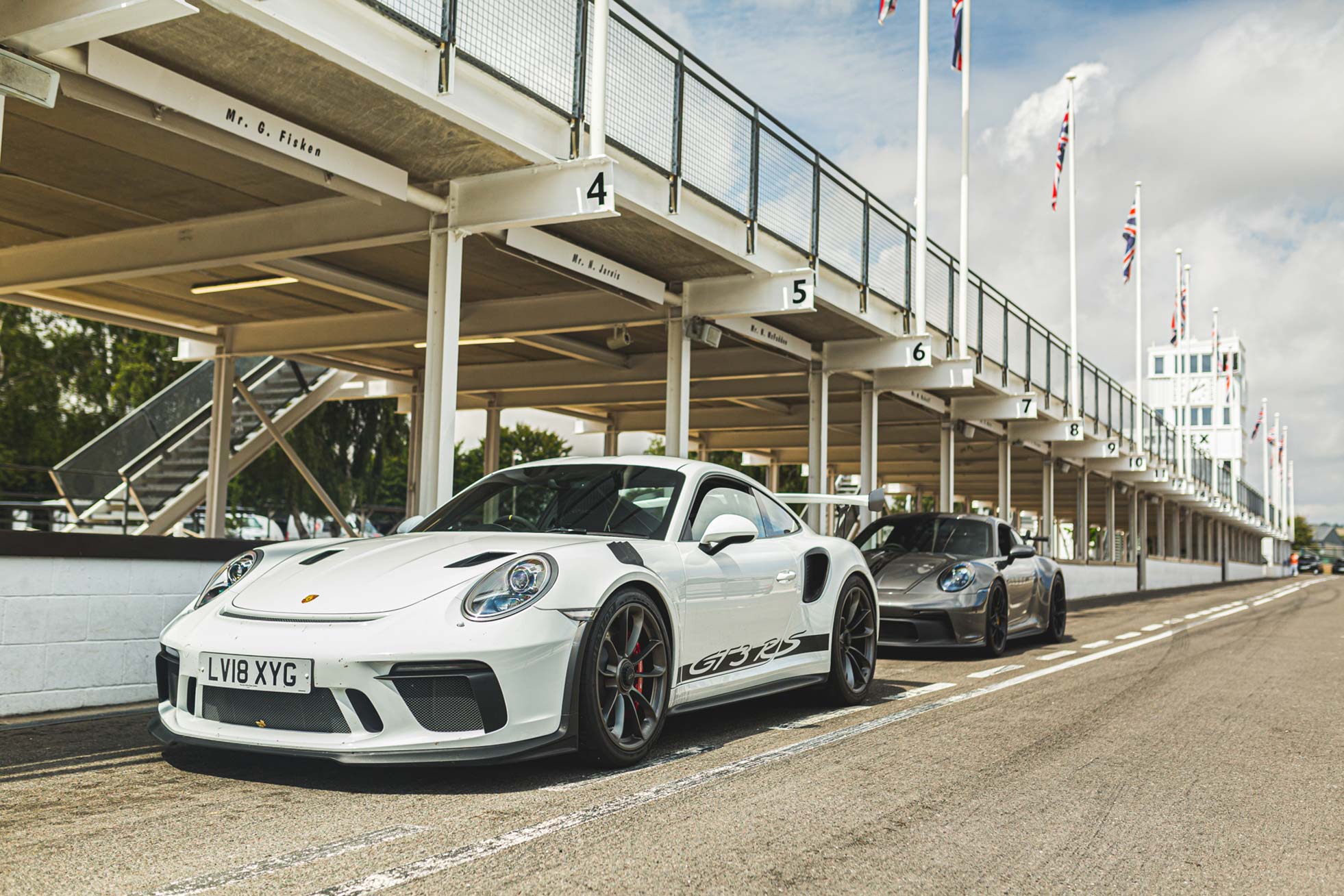 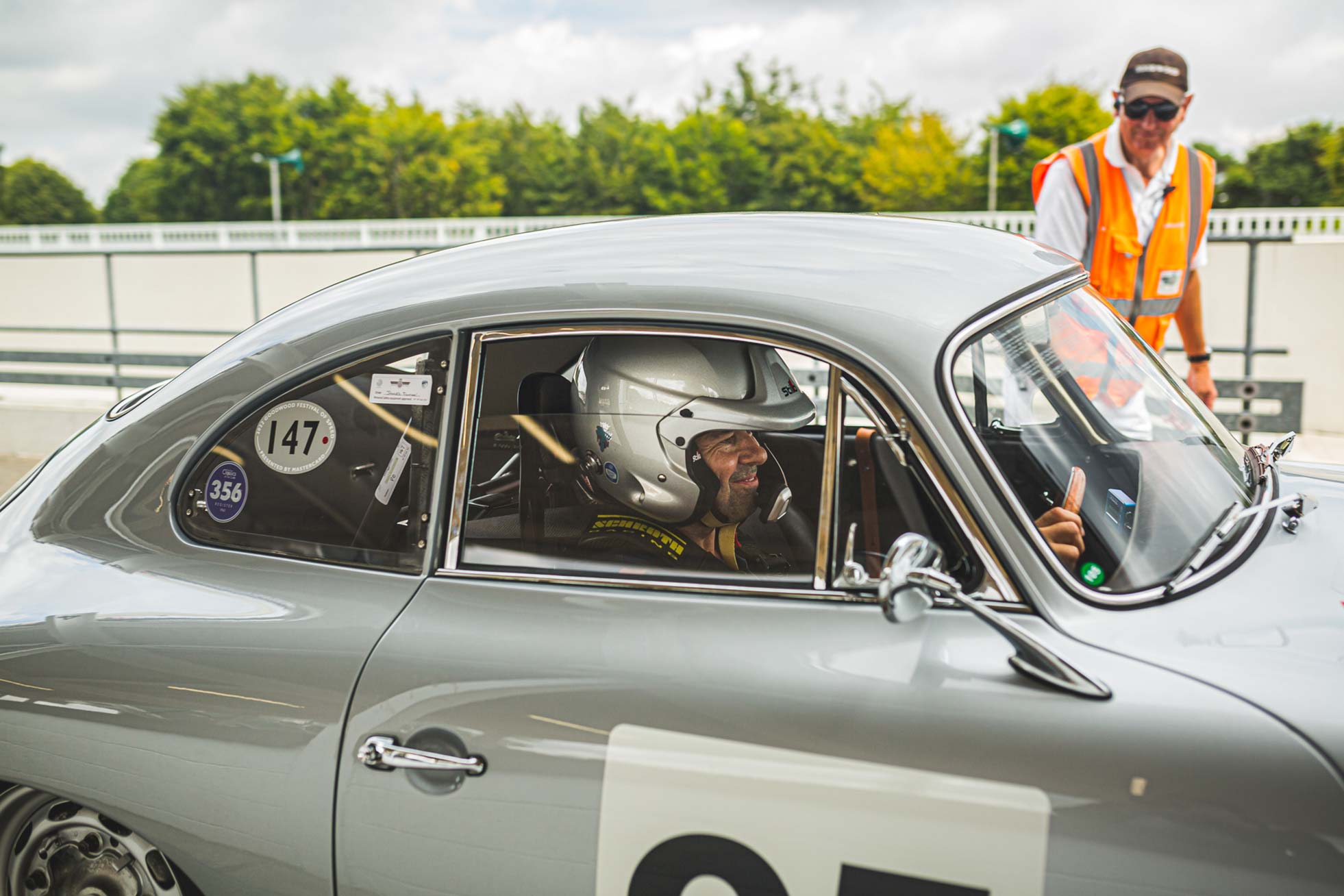 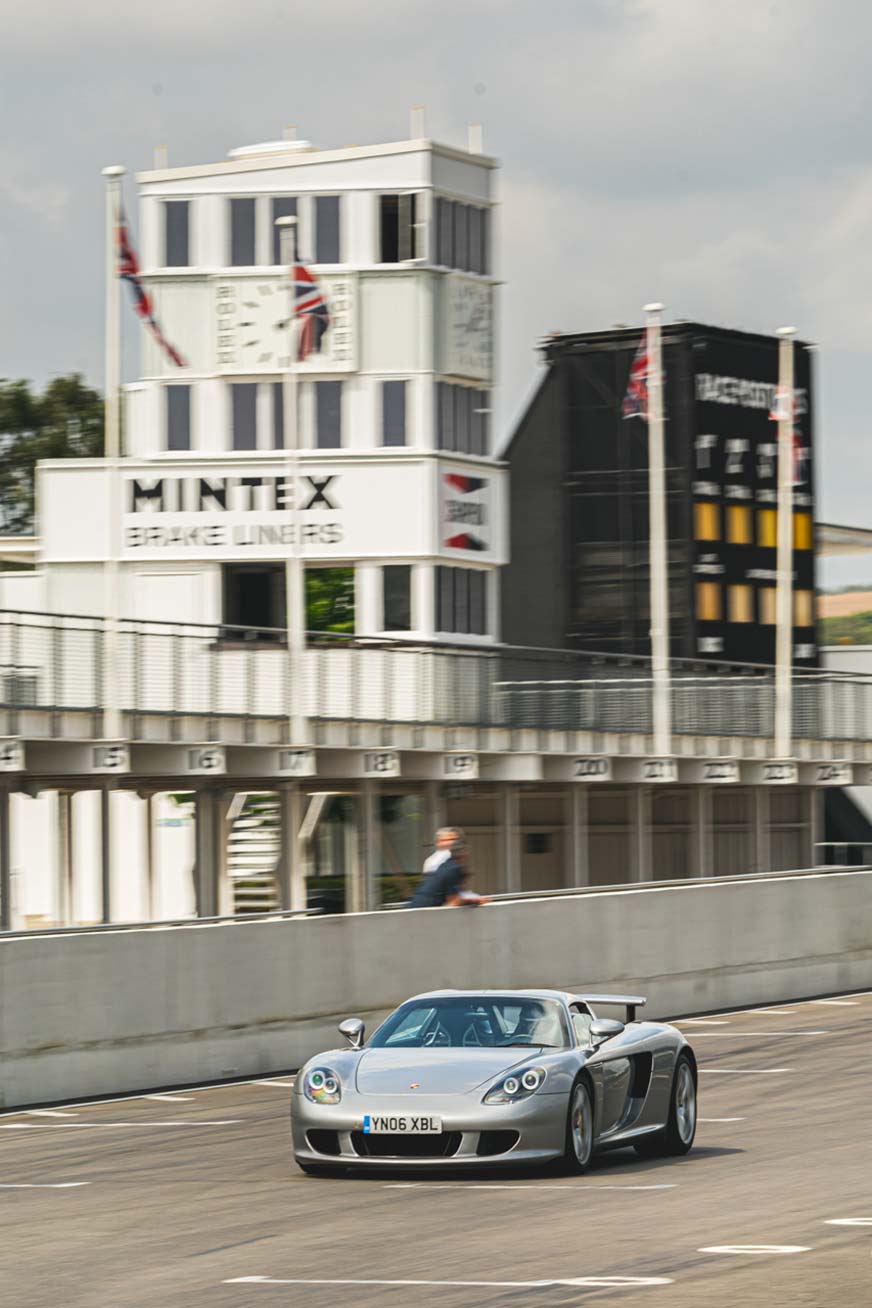 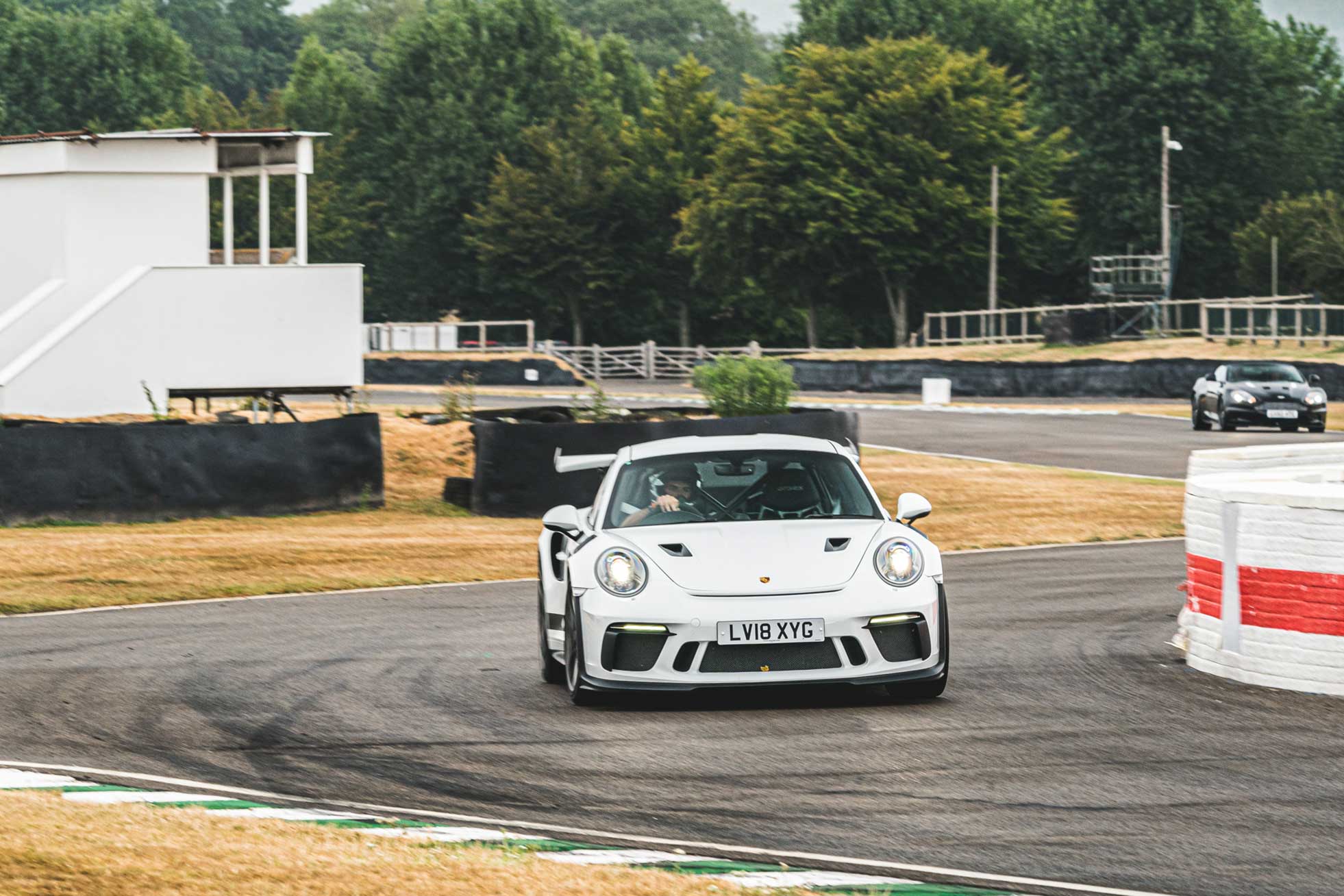 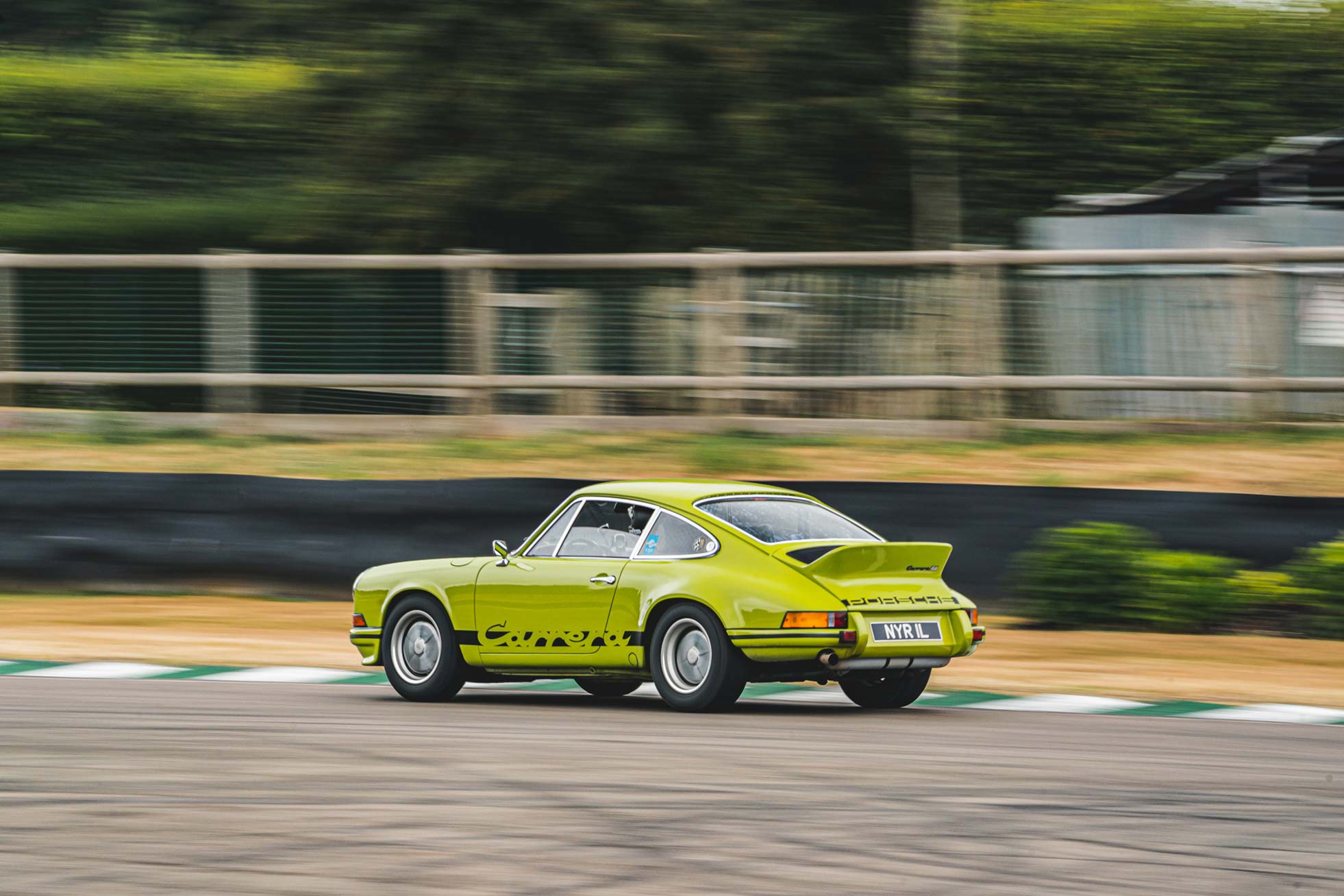 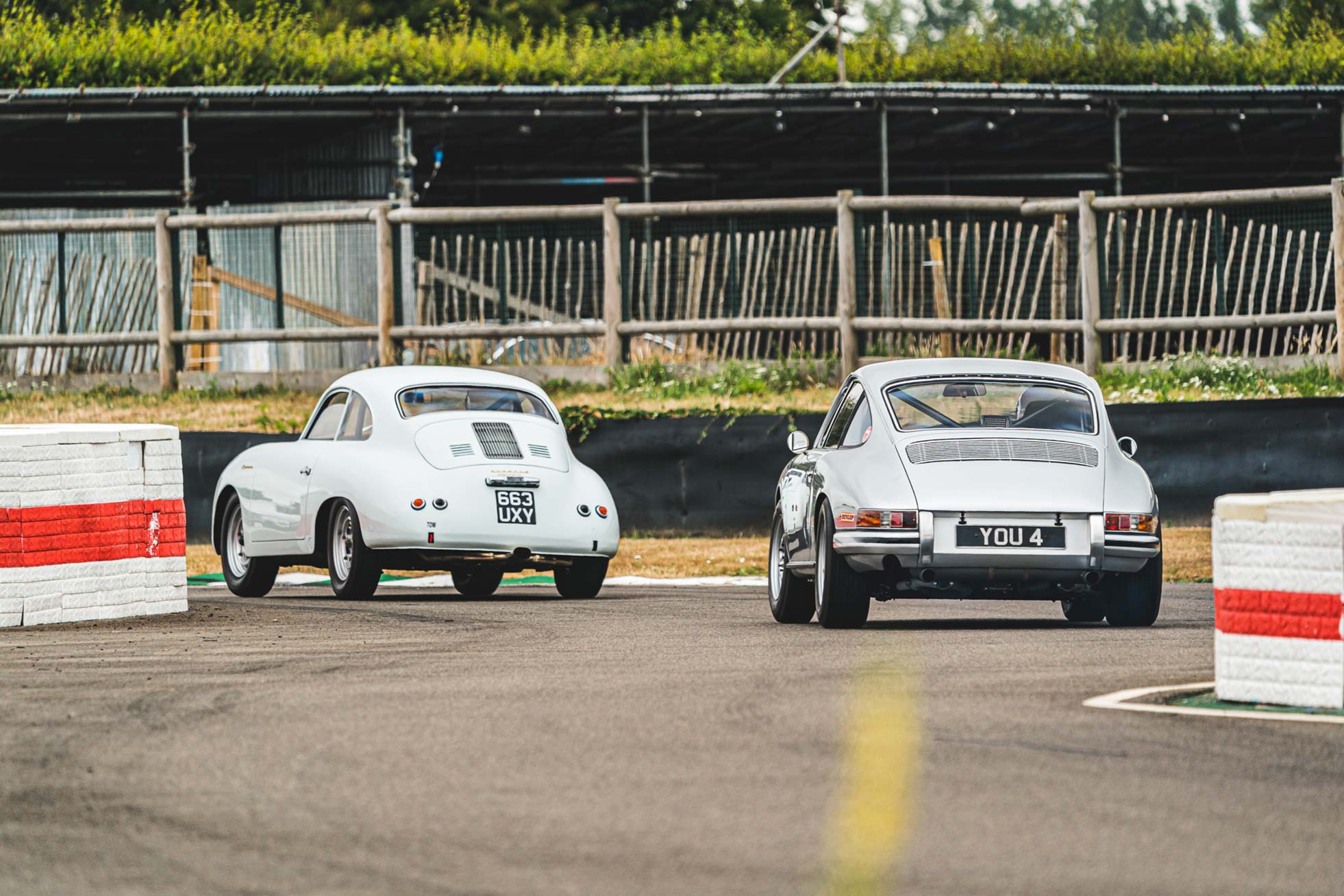 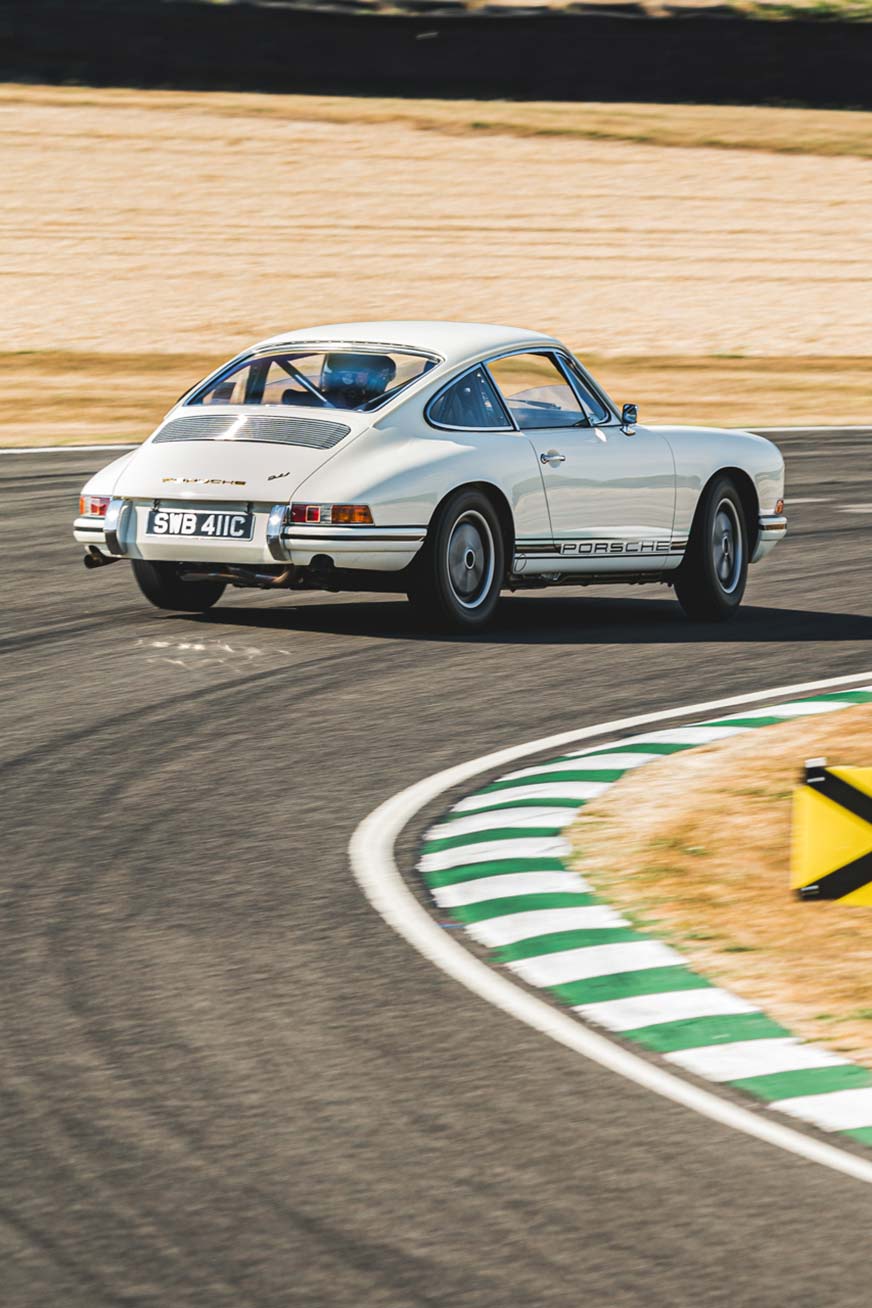 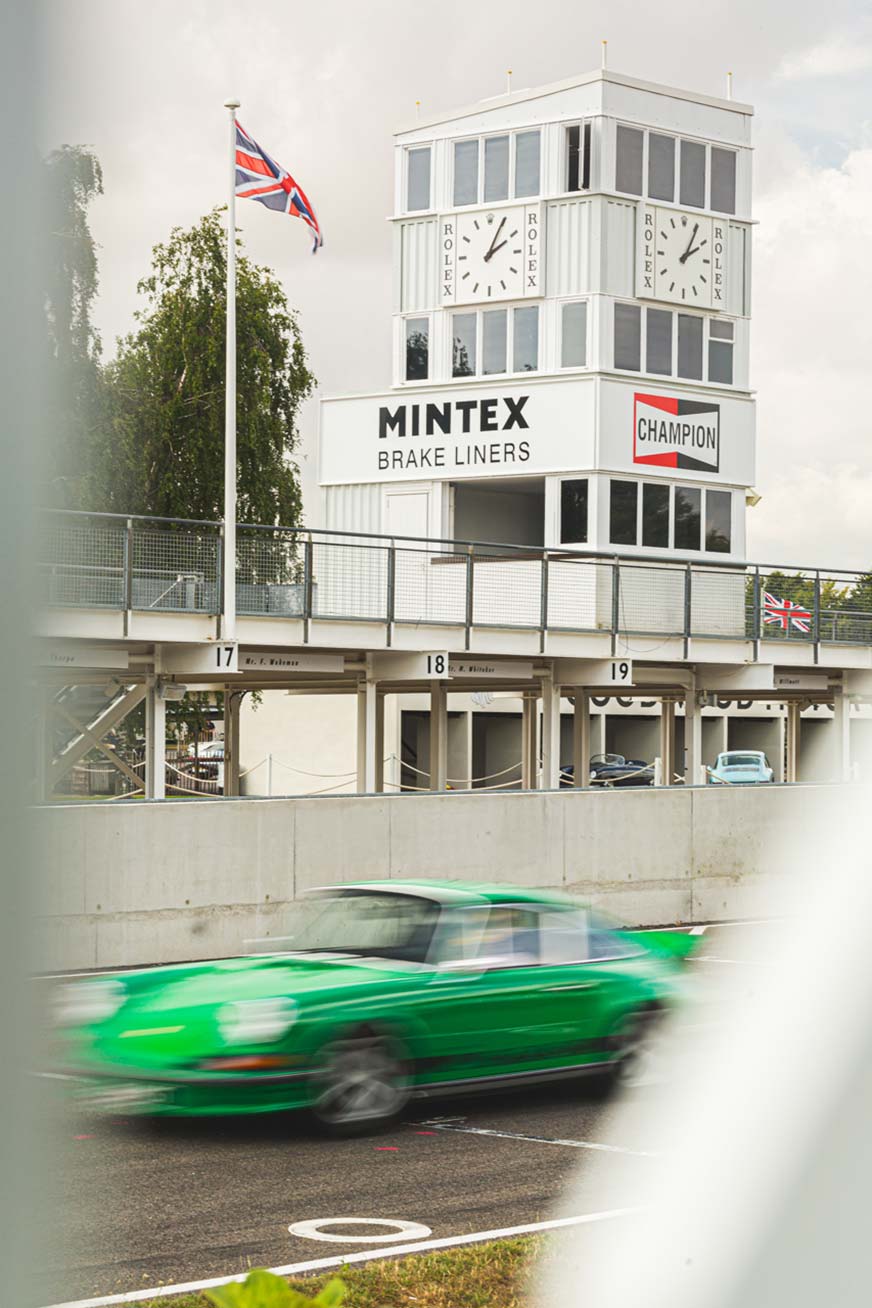 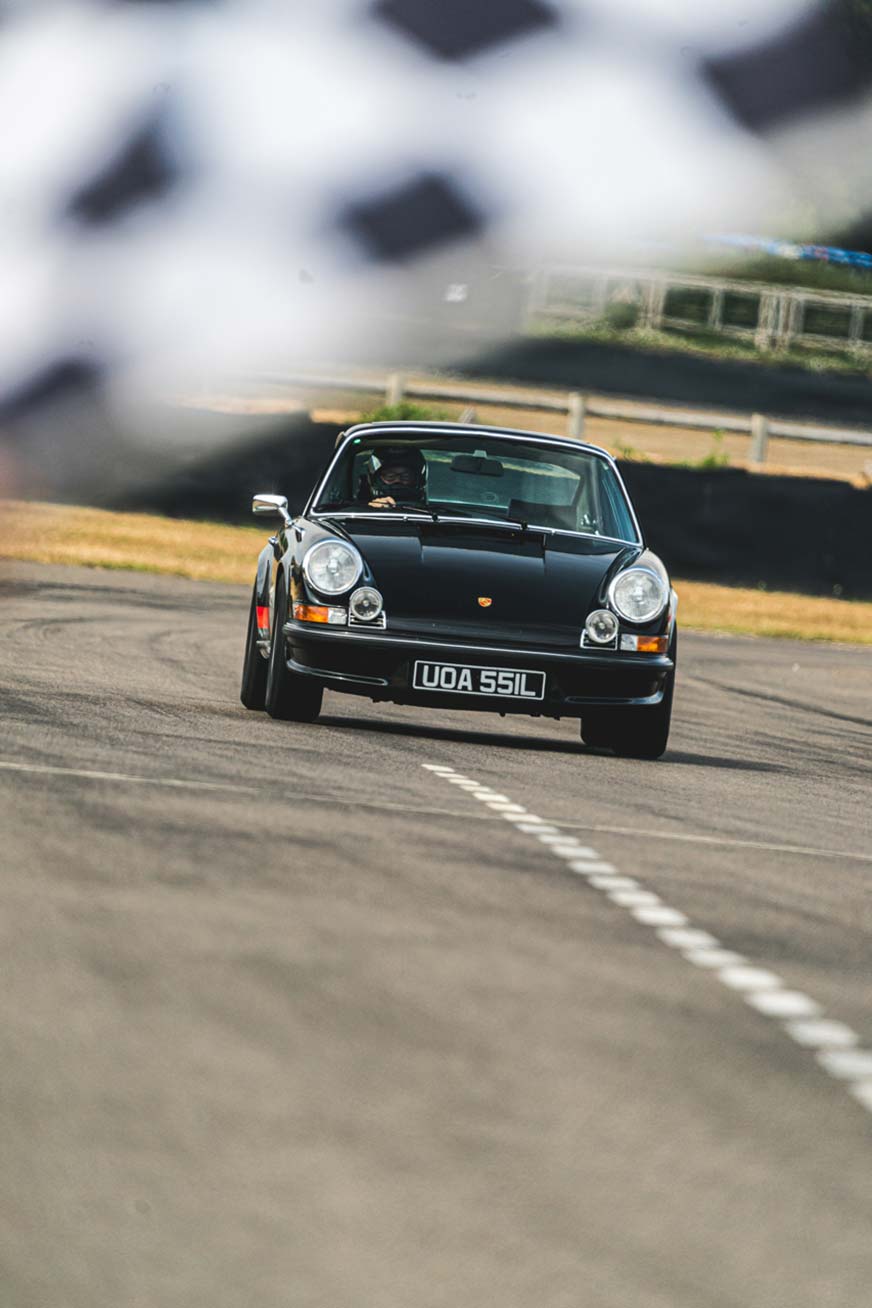 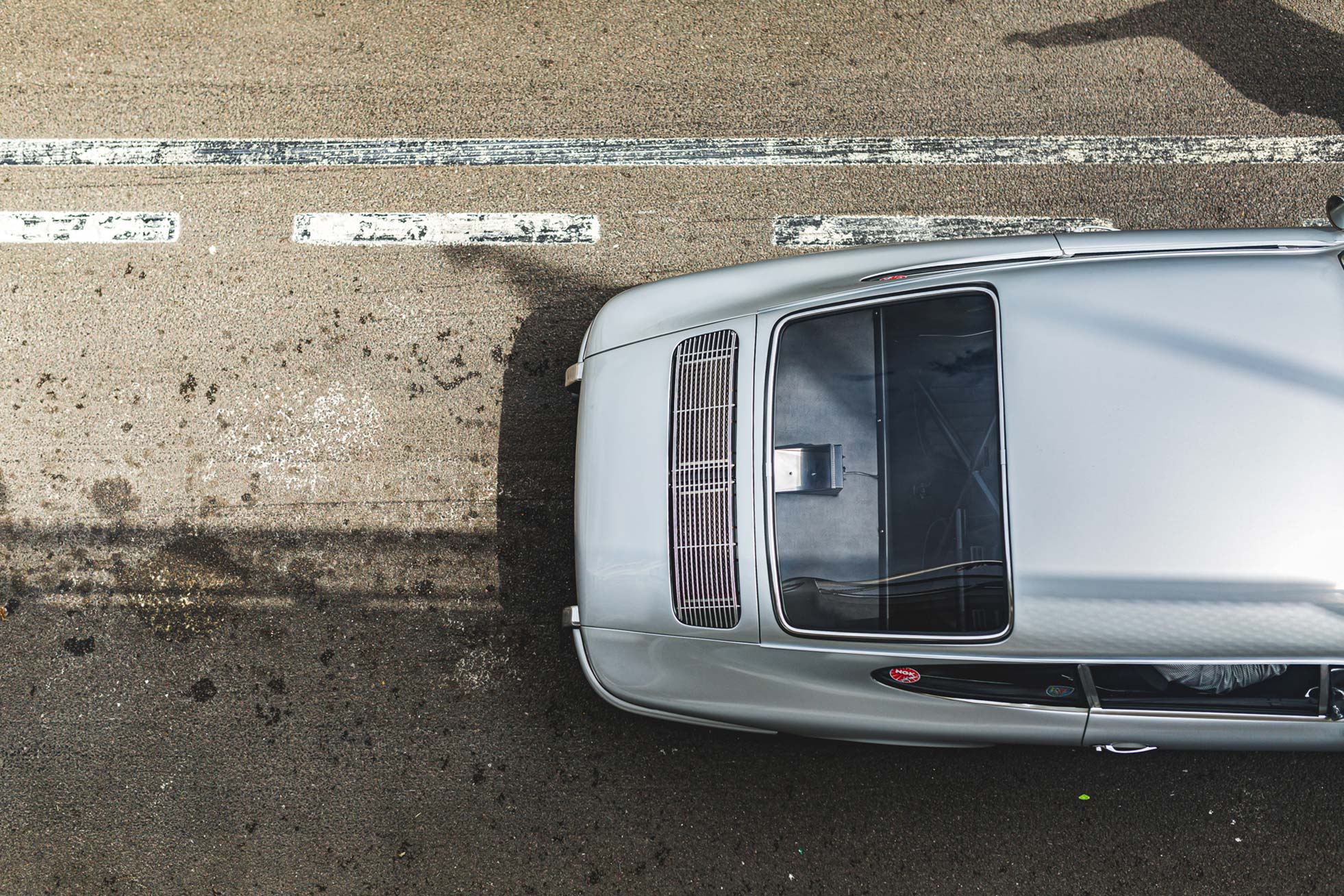 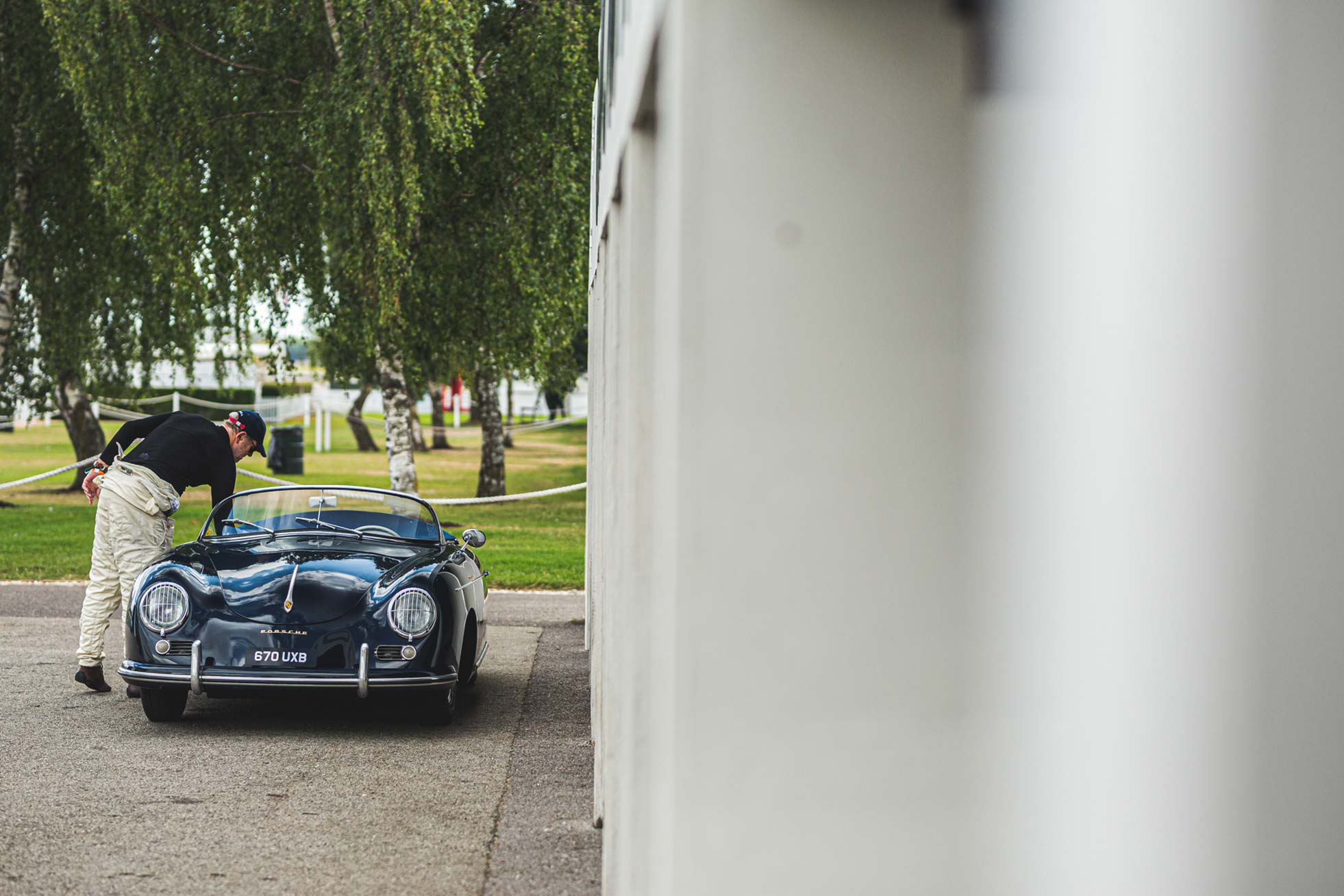 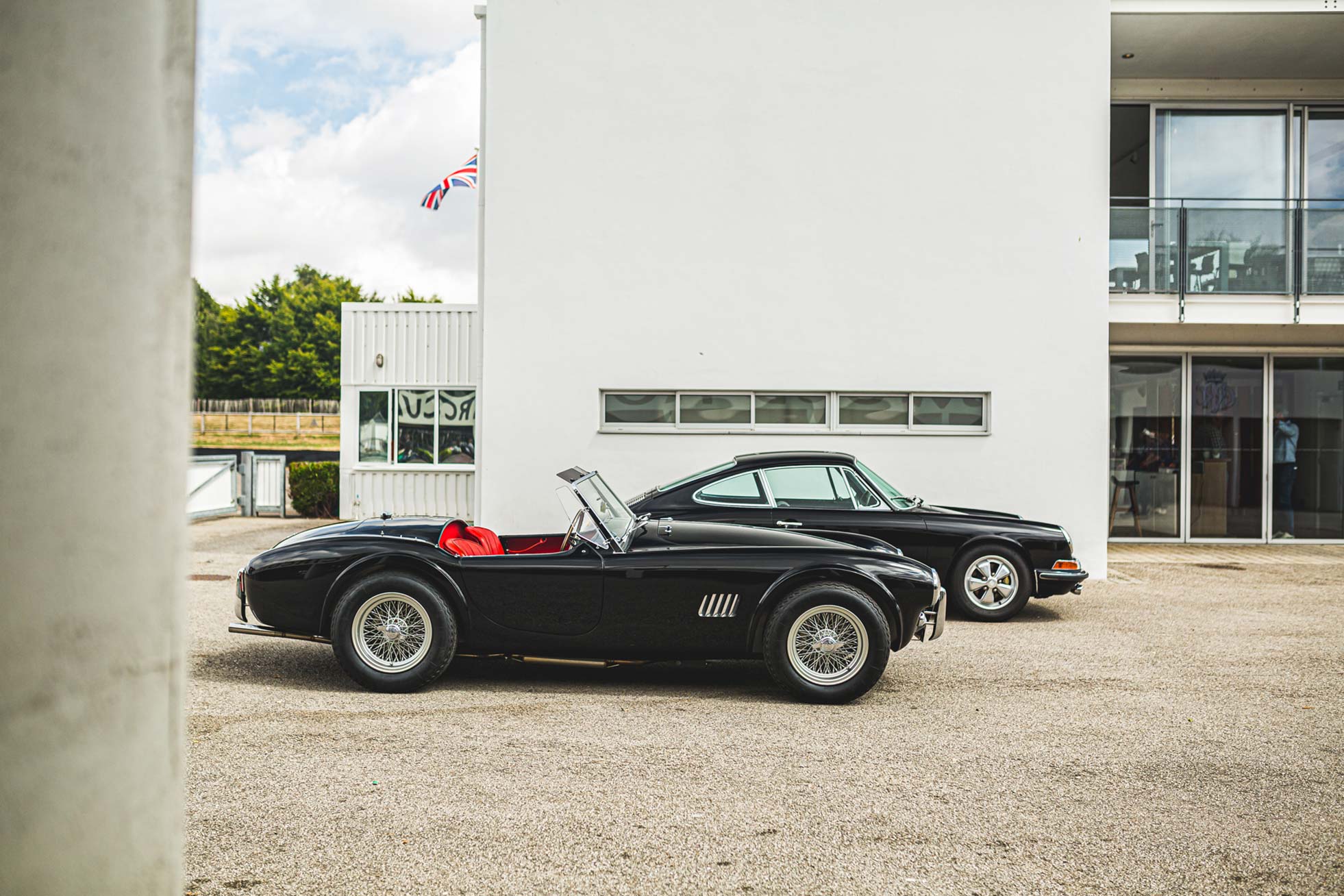 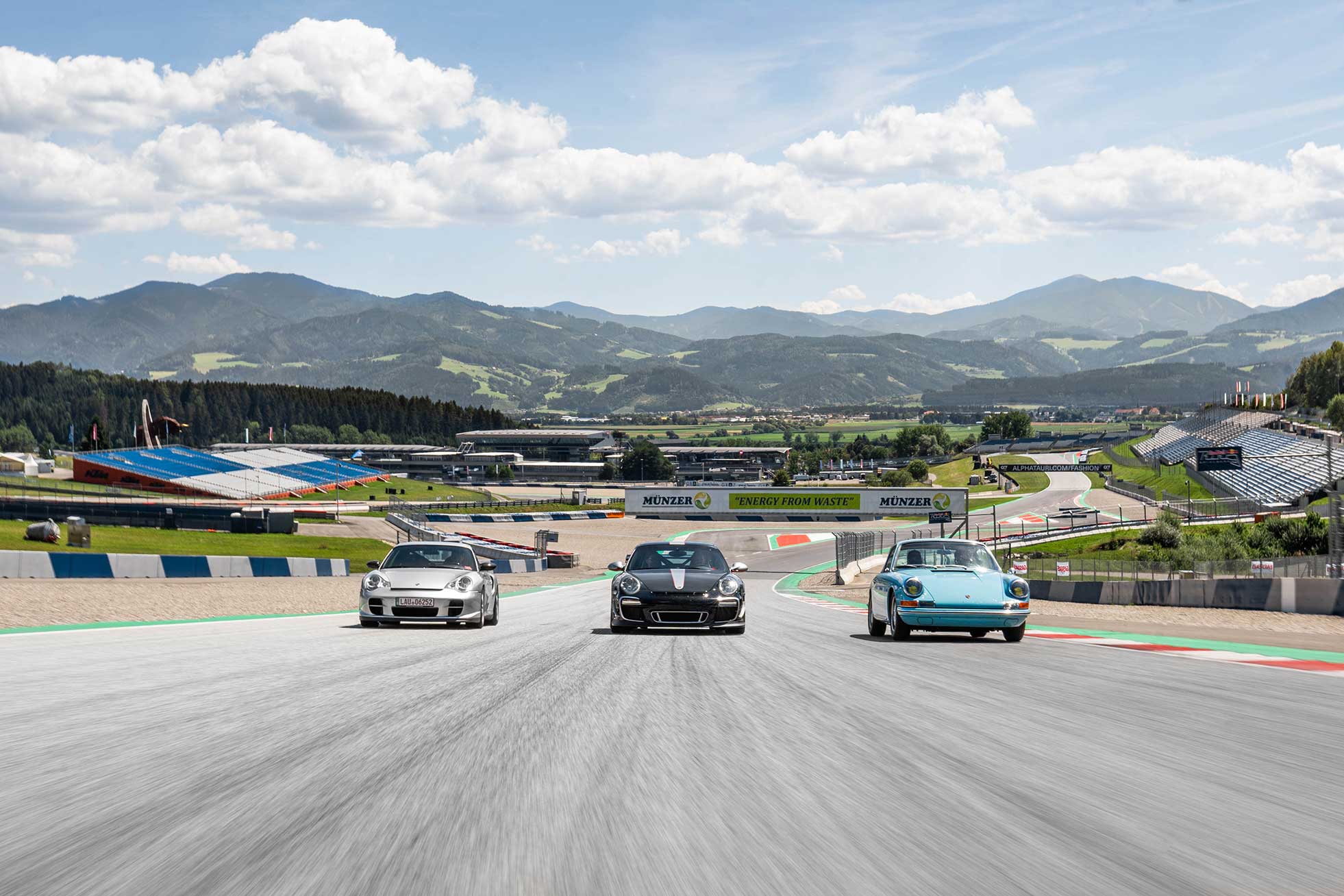 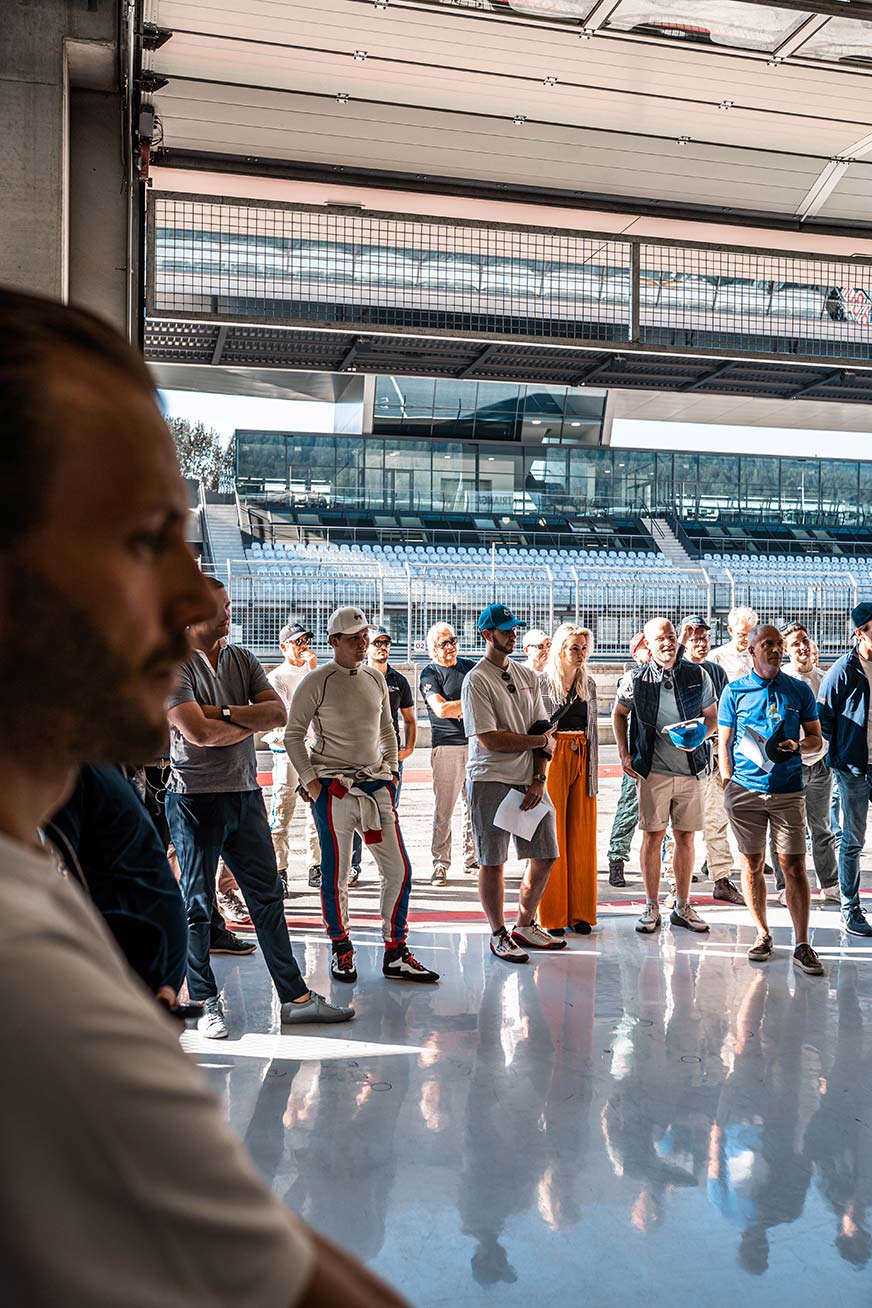 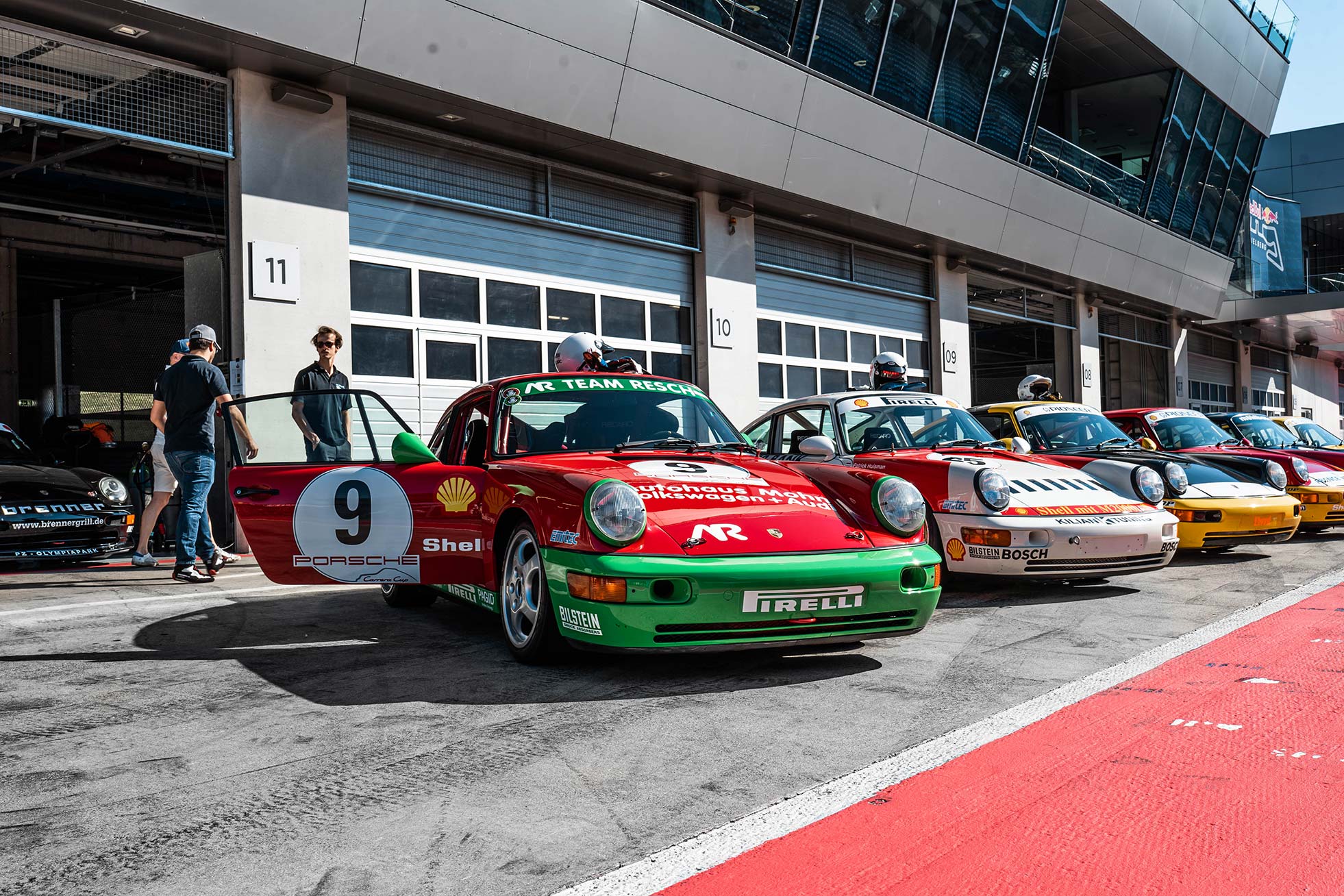 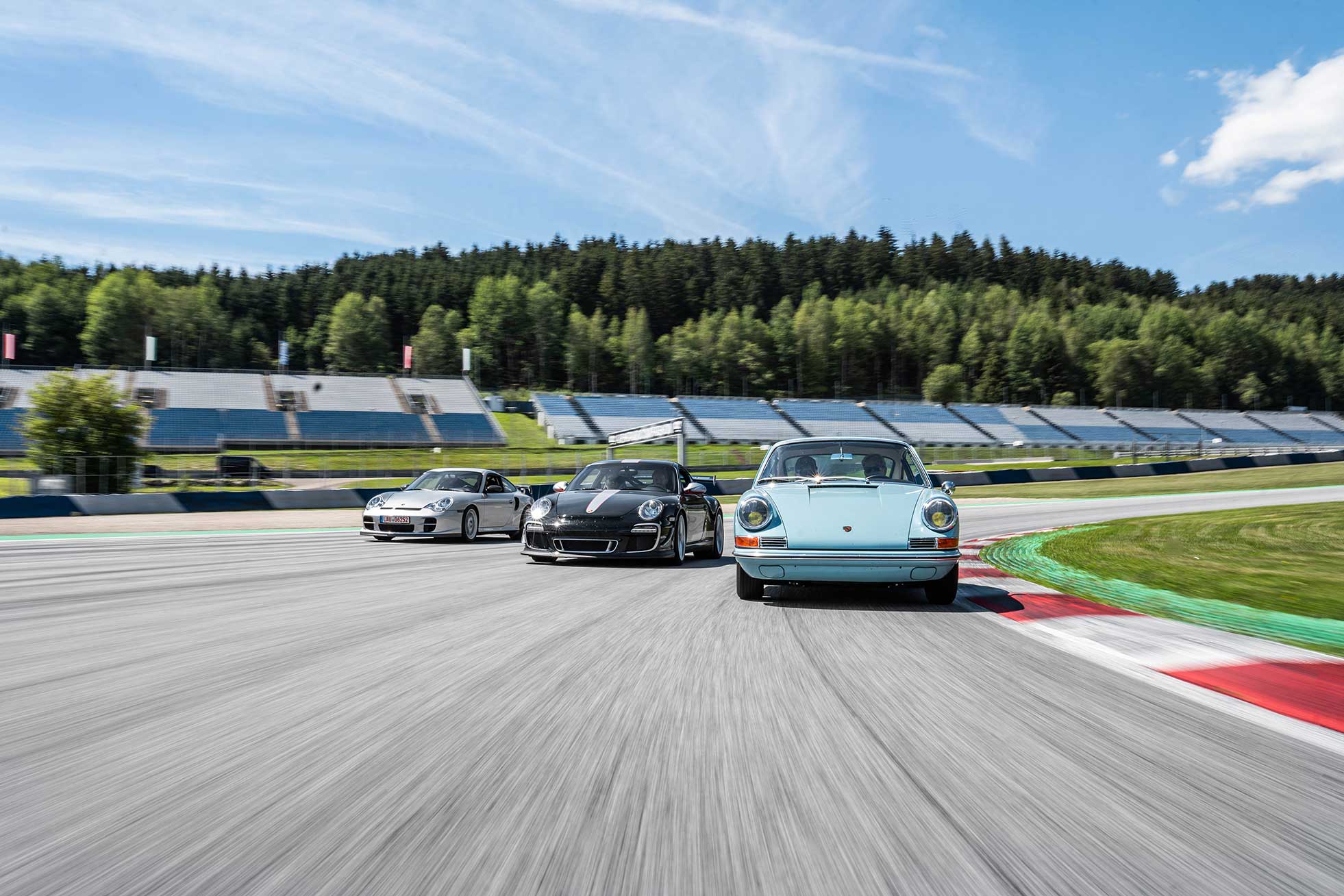 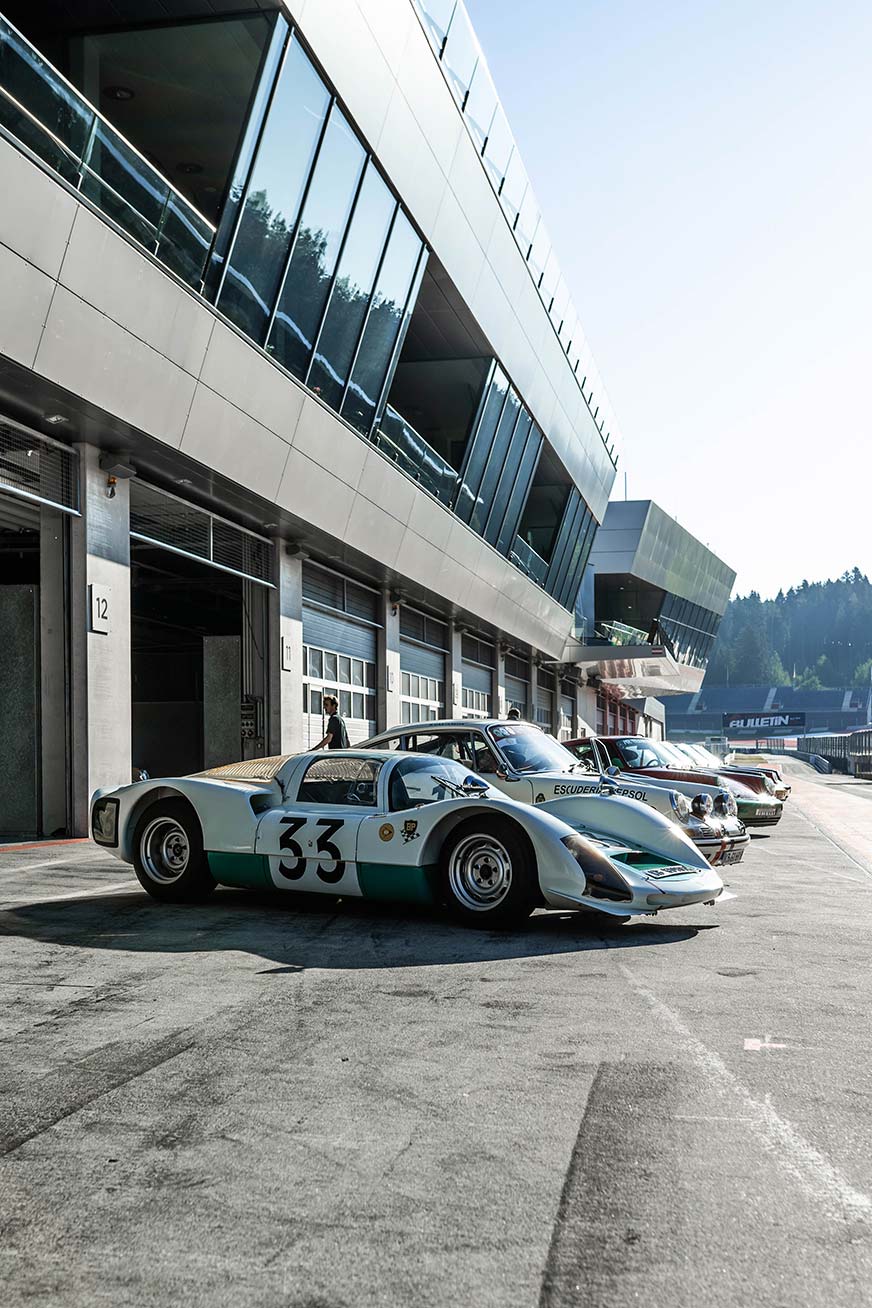 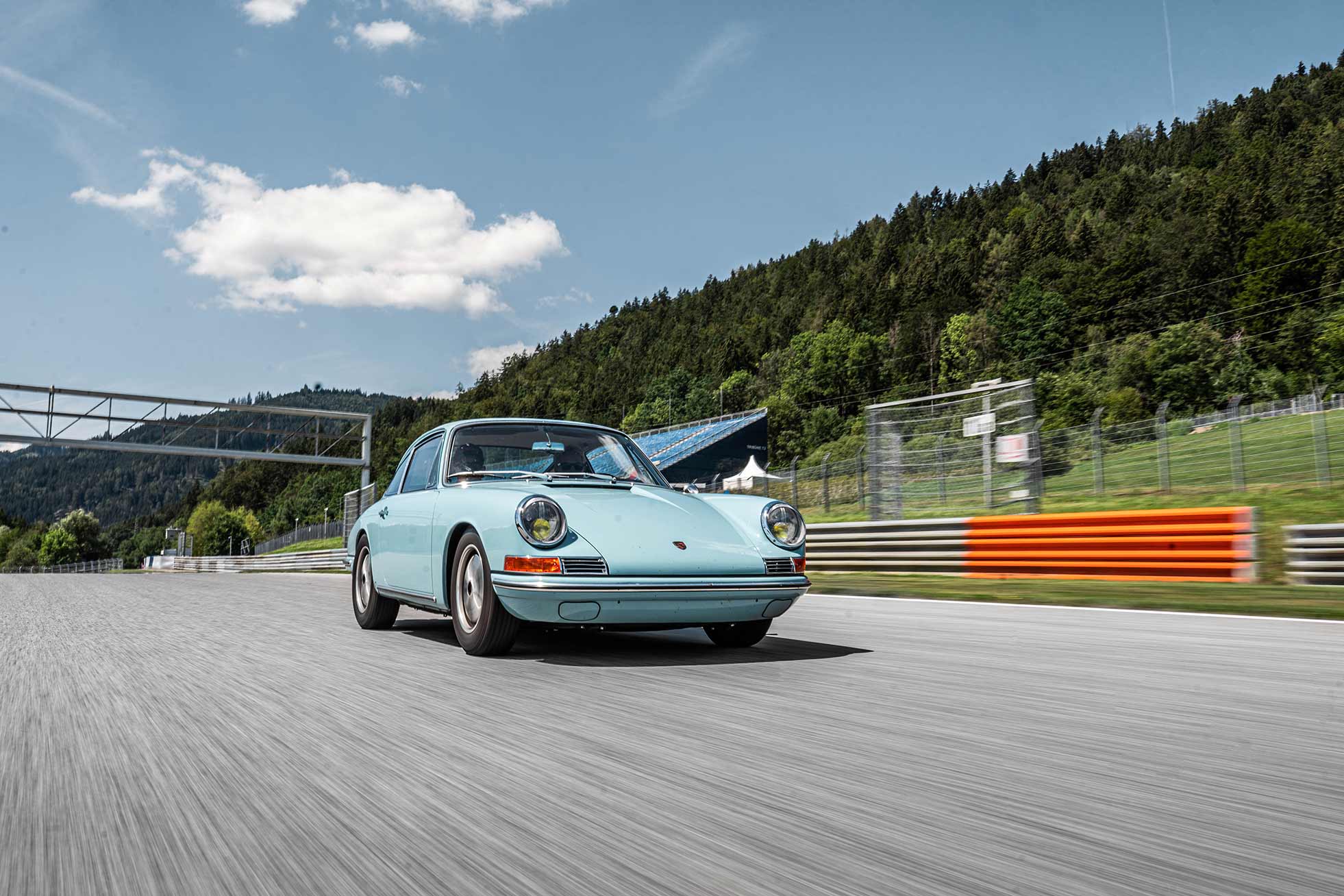 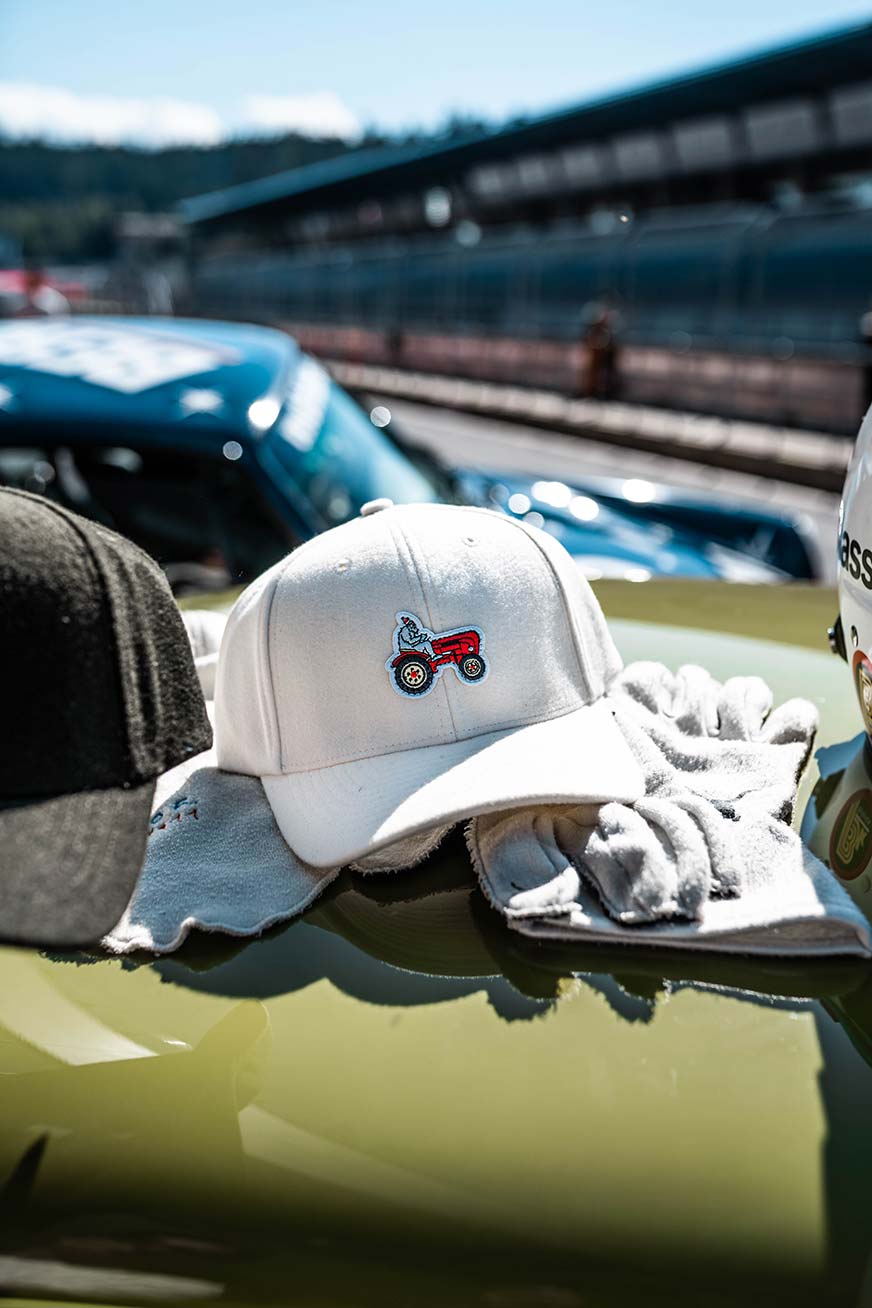