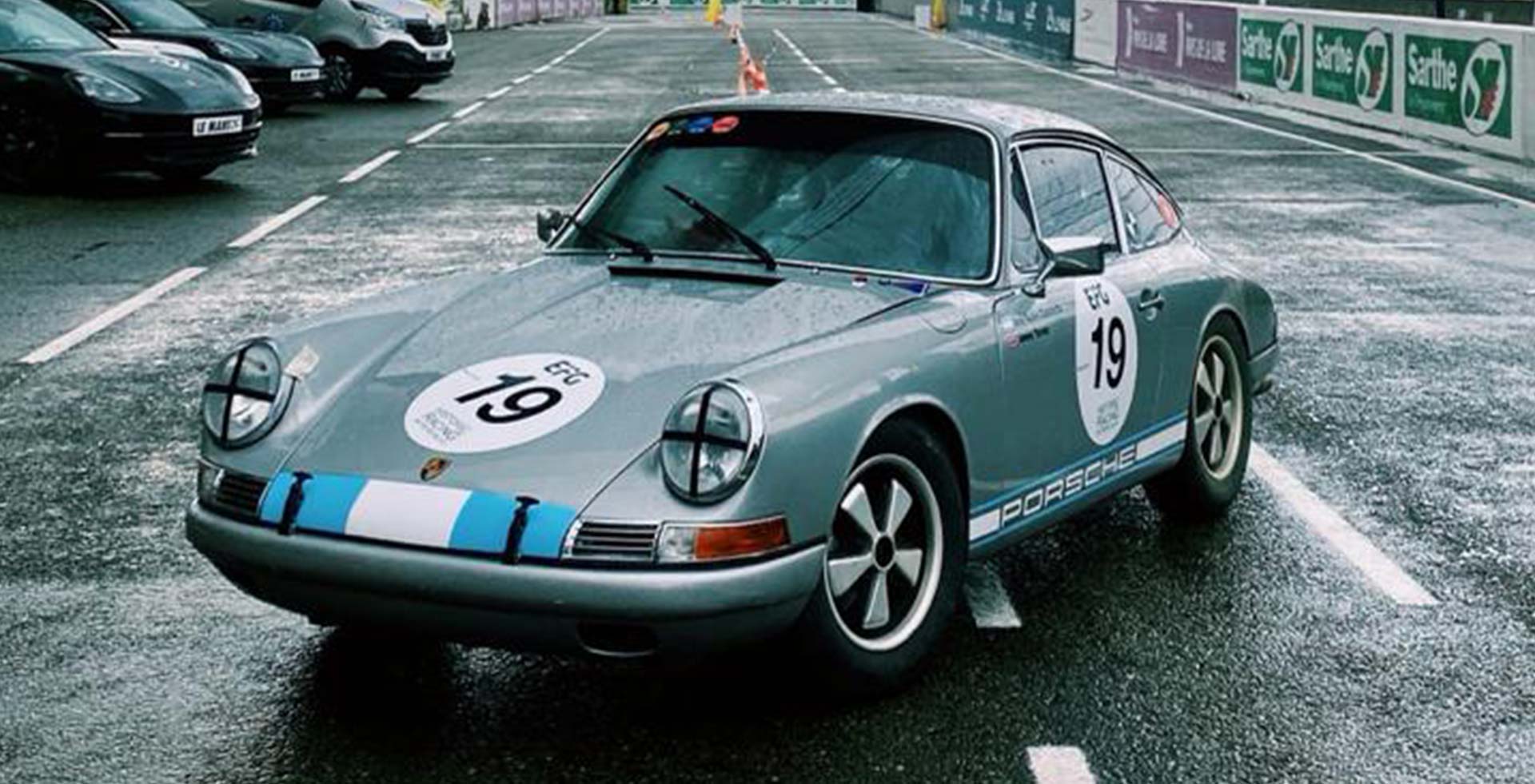 What makes a great drive? I don’t think it’s just a matter of what you’re driving. It has to be a combination of right car, right place and right time. This year I was lucky enough to have one of those days when everything came together. The UK was emerging from its latest lockdown and the roads were still eerily quiet. Weeks of rain had kept my old cars huddled in the garage but at least it had washed the winter salt away. Then one Sunday morning in March the sun came out.

I’m lucky enough to live on the edge of the Cotswolds so even a mundane trip to purchase supplies can involve twisty B roads and spectacular scenery. I have a 1973 2.4S which isn’t the fastest, rarest or prettiest 911 Porsche ever made. However for a spirited drive in the English countryside I wouldn’t swap it for much else. It just seems to be the essence of a 911.

After months of inactivity a few gentle pumps of the accelerator and one turn of the key was enough to persuade it into life. The chill spring air had me reaching for the heater lever which soon gives the cabin that unmistakeable old 911 aroma. The smell of hot oil dripping on the heat exchangers has to be the automotive equivalent of the smoke from a real wood fire and it makes the cockpit of a 911 on a cold day just a deliciously cosy place to be. My favourite road from Burford to Charlbury beckoned.

After a winter spent driving anodyne modern cars, it was like coming home. All old cars have quirks that take some getting used to but once you’ve learned their tricks you never seem to forget them. This particular road, now achieving some internet fame as Harry Metcalfe’s test route, has a certain Nurburgring quality to it. It rises and falls with fast sections followed by tight switch backs and plenty of unsighted corners. There’s certainly enough challenge to give both car and driver some exercise. And just as you near the outskirts of Charlbury the most splendid view opens up with an empty lay by on hand from which to enjoy it. After the winter we had just endured this was a moment I savoured.

‍Best drive of this year?  Le Mans factory team RSK at the Goodwood Festival of Speed?  Definitely a top 5 moment.  Leading the torrentially wet 2 Litre Cup race at Le Mans, or taking the class lead at Nogaro?  Both immensely satisfying.  Le Mans Rep on cold tyres at dawn at Bicester last week?  Right up there for sideways smiles.  2.7 RS 200 miles across country at daybreak in September?  Golden, truly golden.  DB4 road-racer to the pub with one of best mates?  Yes, the best type of bloke time.

However, the best drive, hands down, was when I drove a car that I thought that I knew pretty well but came to with fresh eyes, having not driven it for two weeks.  0545, also known as “6 SPA”, our Sports Purpose Build Zero car.  One bright late autumn day, I had to drive her over to Tuthill Porsche for a couple of checks.

The traffic was kind, the roads were ones that I knew well and this little car just wanted to fly up them.  With the benefit of the fresh perspective that driving a 80,000 mile Golf every day brings, I was blown away by how close we had got to our goal of building the purest driver’s car – a car with the fundamental feel and speed of a 2 Litre Cup car but also the palpable sense of a truly usable car built by the best.

Sometimes when we are driving, the stars truly align and that day, in 0545 it did – weather, roads, traffic, car.  Twenty minutes of driving bliss that left me slightly star struck by how good a car we have made. 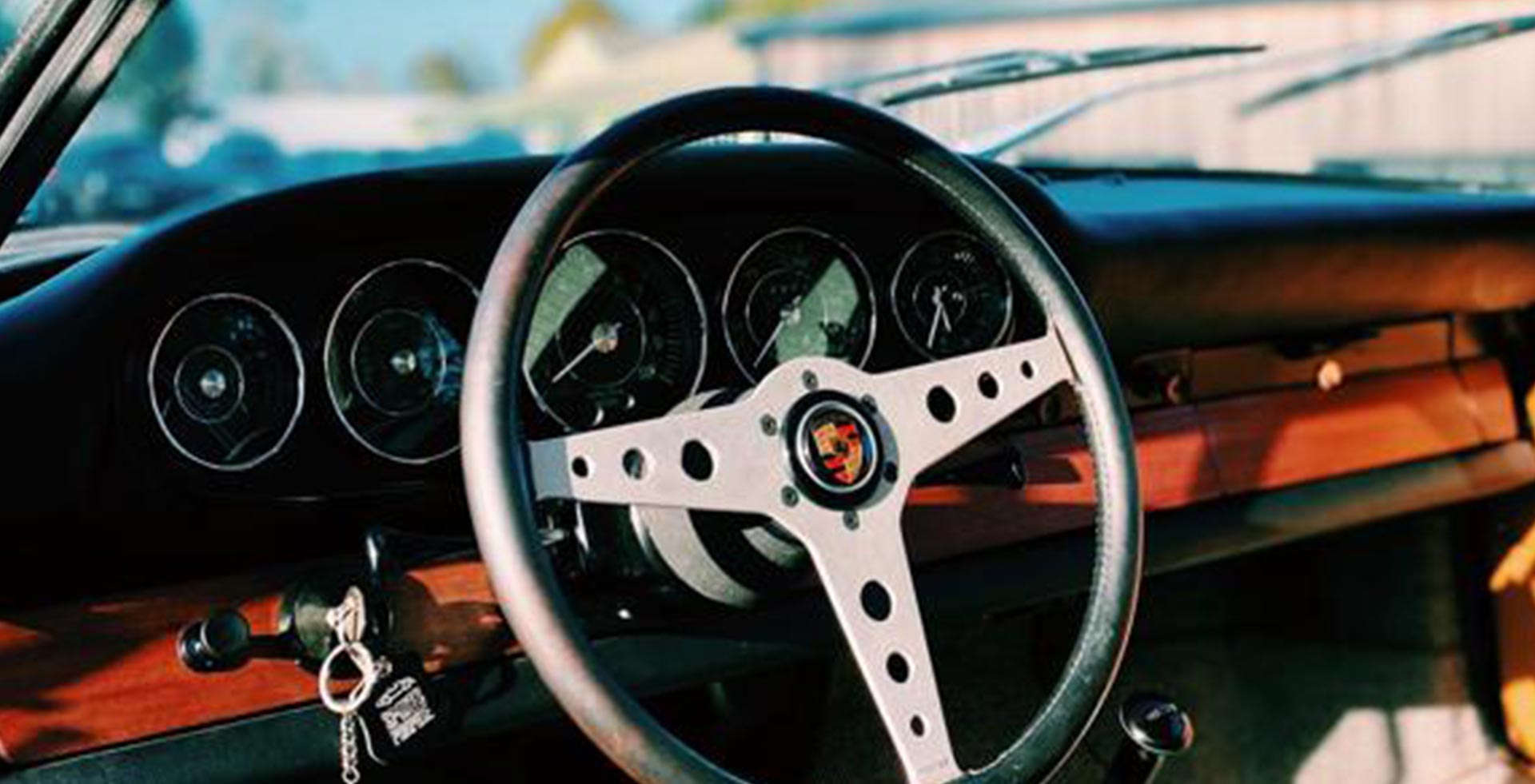 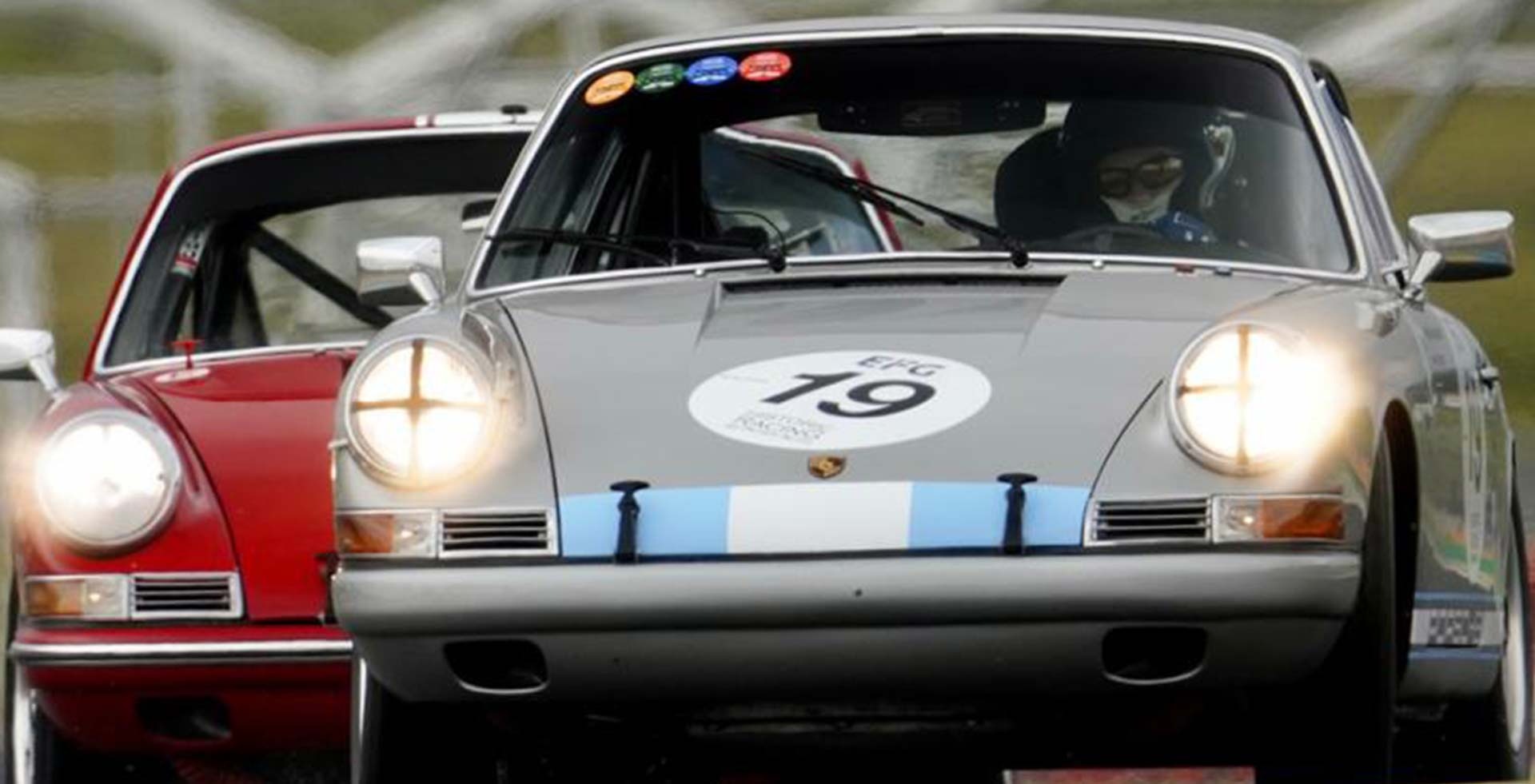 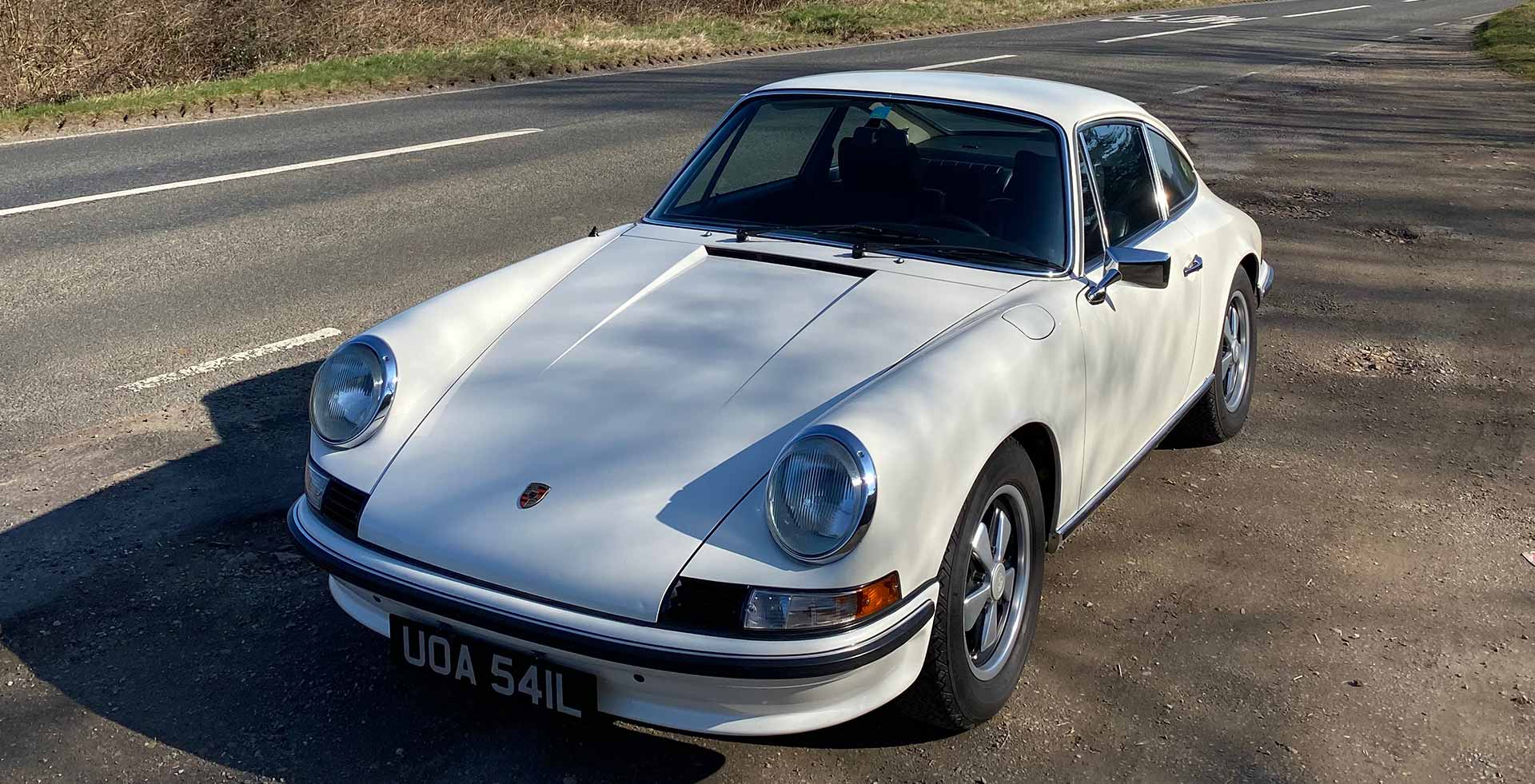 My best drive of the year is certainly a tough choice. So many adventures to choose from. Driving a race-prepared 1965 Alfa Romeo Giulia GTA through the stunning empty Highland roads of Scotland in 25-degree sun (shocking I know), the subsequent trip from Edinburgh to London in the dead of night in a 930 Turbo or my first time on track in a 2 Litre 911. All fantastic drives for different reasons and I will savour every one of them for a long time to come.

As Philip mentioned earlier, the best drive is often not solely based on the actual driving experience but very often who you are with and where you are. In this sense, nothing can top my first Spa Six Hours in our little Lotus Elan 26R, in what was my first time at Spa - a major omission that I was delighted to put right - sharing the drive with my brother and father in the car we all learned to race in.

We ended up spending a total of 100 minutes in the pits – in an ideal race, that number is less than 20. The Elan was plagued with numerous issues including a snapped rear wishbone, total brake loss and the exhaust falling off at Blanchimont – for which the car sounded much better I might add.

I don’t know where we finished after all the car trouble but we did and for our first Six Hours that felt like an achievement in itself. I will always remember the camaraderie, the incredible atmosphere, the excitement of finishing and the wonderful bowl of goulash – made by the race preparer’s wife! - we all tucked into afterwards. I hope our Elan responds to the punishment of six hours at Spa rather better next year. 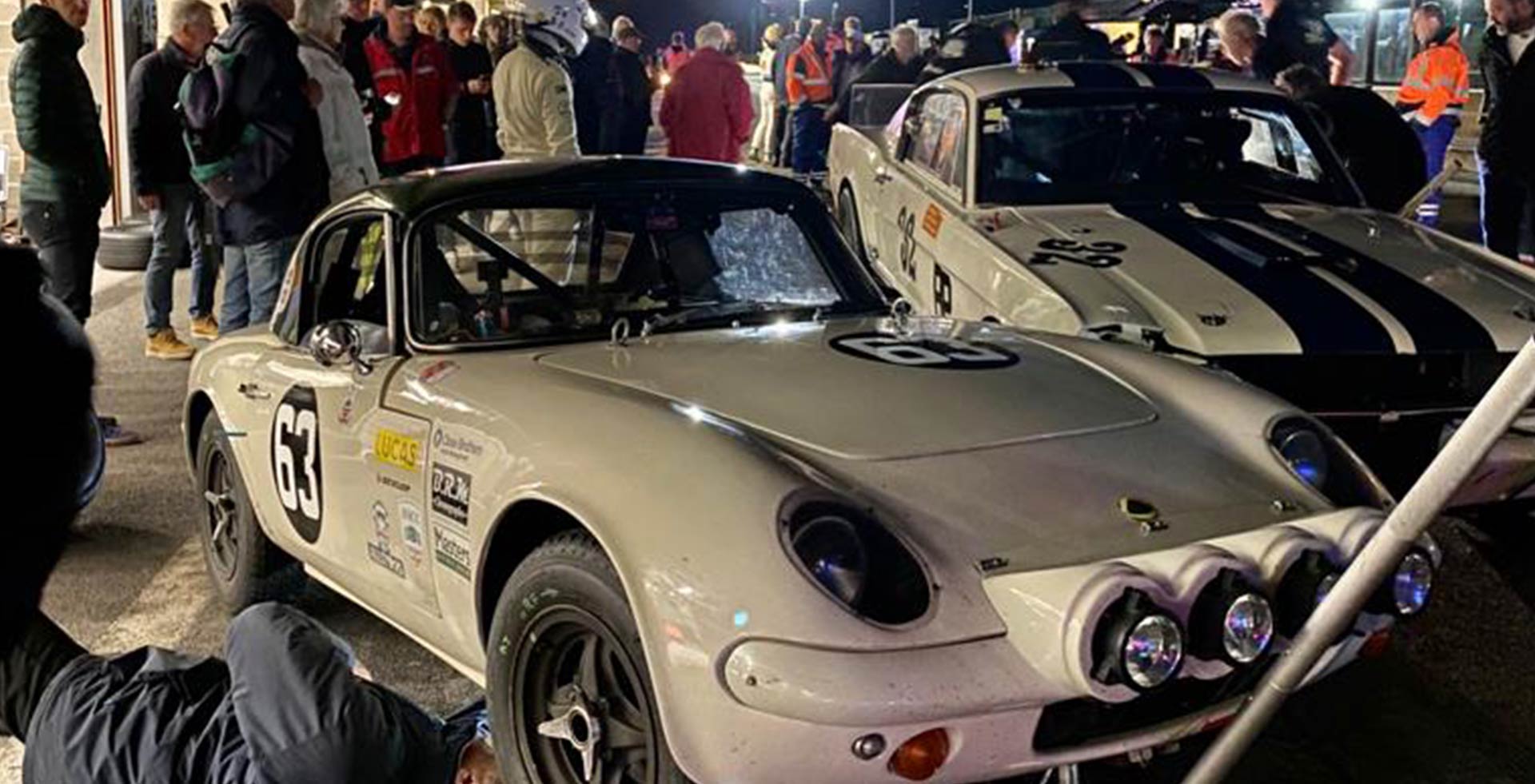