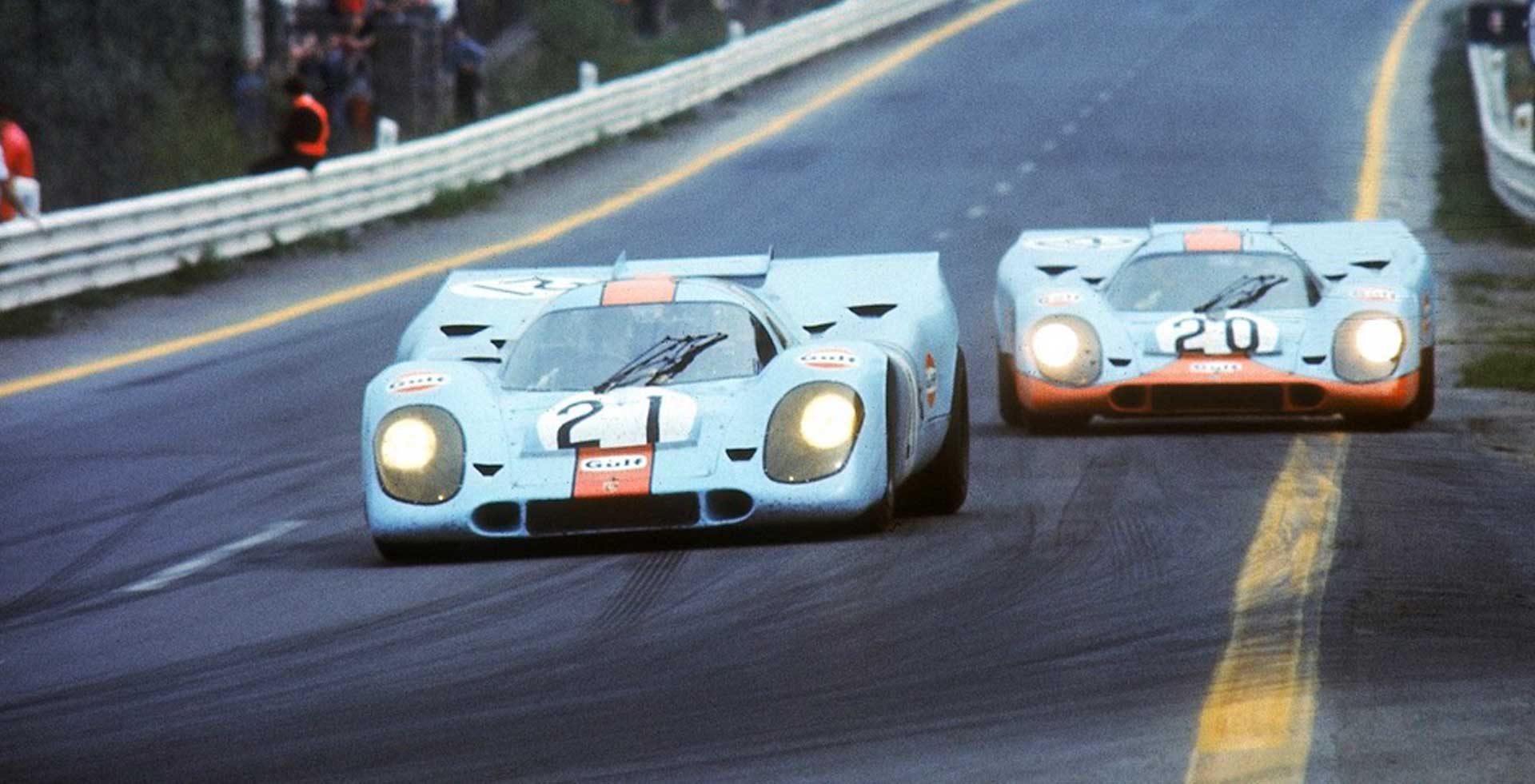 John Horsman, chief engineer at JW Automotive and later engineering director, died in April at the age of 85. It was he who engineered the Ford GT40s that won the 24 Hours of Le Mans in 1968 and in 1969, then played a significant part in transforming the Porsche 917 from a ‘beast’ (Hans Herrmann’s description) into a race winner that promoted the 12-cylinder car to legendary status.

It is now 50 years since Herrmann and Richard Attwood recorded Porsche’s first, and long awaited victory the Sarthe, and it’s interesting to take another look at the logic Horsman applied to the 917.

I first knew Horsman in 1975, when I was editing the long-forgotten monthly magazine Sporting Motorist. He invited me to the MIRA high-speed test track in the Midlands to see the early GT40 in action, and strapped me into the passenger seat for a test drive. He was lapping at 170 mph, the quickest I had ever experienced at ground level, when there was a whump from the engine bay and the car slowed dramatically.

Horsman was not at all dismayed. “Good” he said, “that’s the last of the 4.2 litre Indy engines Ford want us to run. Now we can concentrate on the 4.7”. That was the iron block production engine, preferred to the alloy block 4.2 which did not inspire his confidence. And, taken out to 5-litre capacity and modified with Gurney-Weslake cylinder heads, that GT40 engine twice powered the winner of the Le Mans classic and won, for John Wyer, the World Endurance Championship for Manufacturers in 1968.

As well, it persuaded Porsche that JW Automotive would be an excellent partner to run the quasi works team in the 1970 World Championship, and beyond. Ferdinand Piëch and engine guru Hans Mezger had produced a potential winner, but had almost bankrupted the Zuffenhausen firm in the process of building 25 cars for homologation. Wyer needed little persuasion to get Gulf Oil chairman Grady Davis on board to sponsor these Porsches, continuing the relationship which had already netted big results.

The new deal was kept under wraps until after Le Mans in 1969, while preparations were made to finish the season. Jacky Ickx and Jack Oliver won the ’69 Le Mans in what was almost a photo finish, judged at 70 metres, over the Porsche 908 of Herrmann and Gerard Larrousse, but Porsche sealed the season, and the 1969 title, with wins for Jo Siffert and Brian Redman in a 908 at Watkins Glen, and for Siffert and Kurt Ahrens in the new, and still wayward Porsche 917 at the inaugural event at the Österreichring.

The handling was still so unpredictable that Redman asked not to drive with Siffert, who would do his damndest to win, instead drove the second works car with Attwood, both within their personal limits. It was Ickx who set the fastest lap in the JW Gulf Mirage Ford DFV, and that of course was the new lap record, a marker for future tests. There was no World Championship for Drivers before 1981, but had there been Siffert would have been the champion by a country mile with six victories in 10 events, five of them with Redman.

There are those, within Porsche, who still believe that their own engineers had tamed the 917 with bodywork modifications that produced a decent level of downforce. “It was our work” chassis engineer Peter Falk told Piëch. But was it? John Horsman noted that the windshield and front bodywork were spattered with bugs, but the rear of the car was quite clean, seemingly out of the airstream.

Piëch had supervised the design of bodywork that would smash top speed records at Le Mans, up to 240 mph, that was what mattered most in his opinion, “Le Mans win or bust” might have been the motto in his office, but the fact is that his drivers were scared of the thing. I’ll make the exception of Vic Elford and Rolf Stommelen, who simply revelled in the 917’s speed on the Mulsanne Straight. 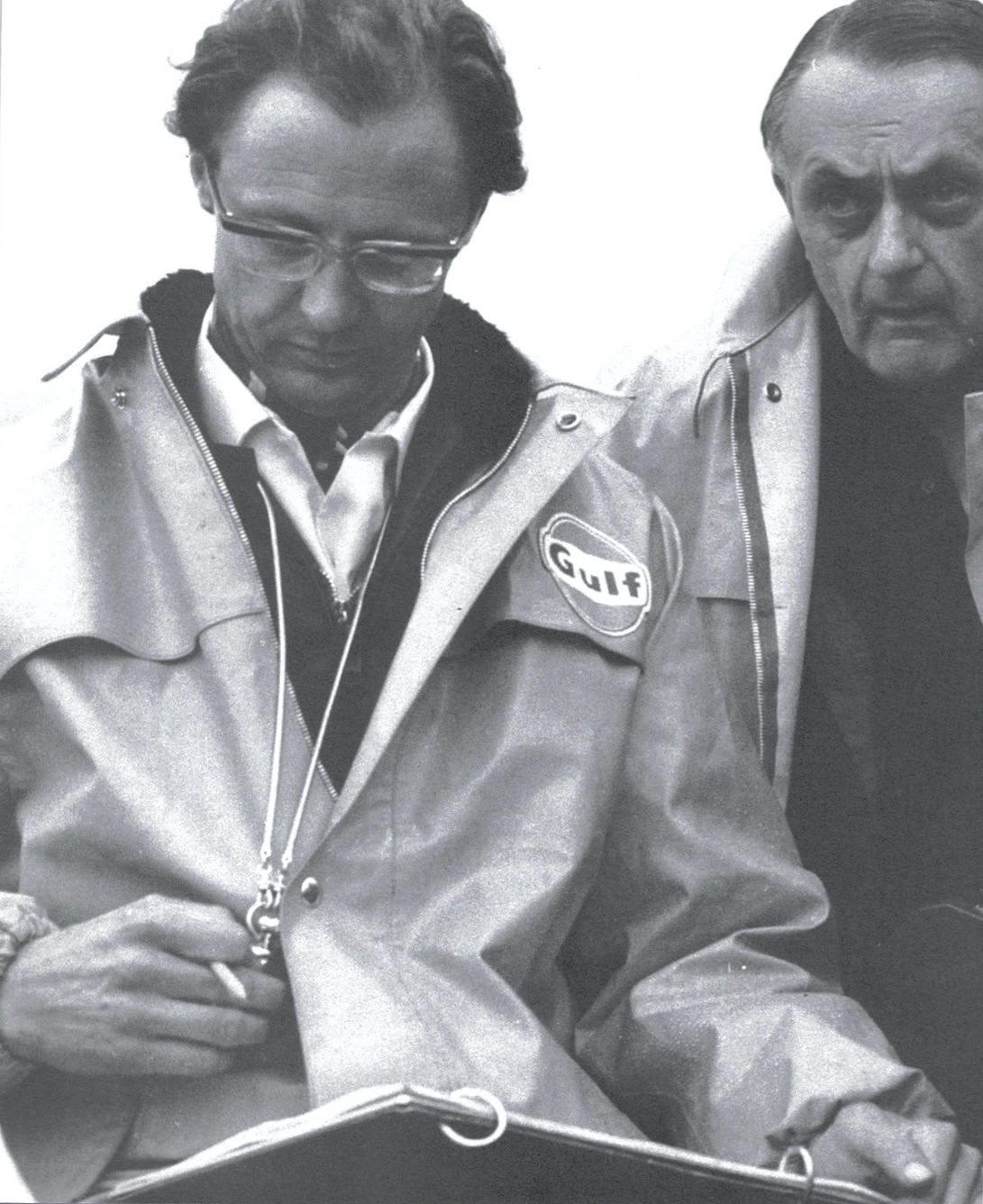 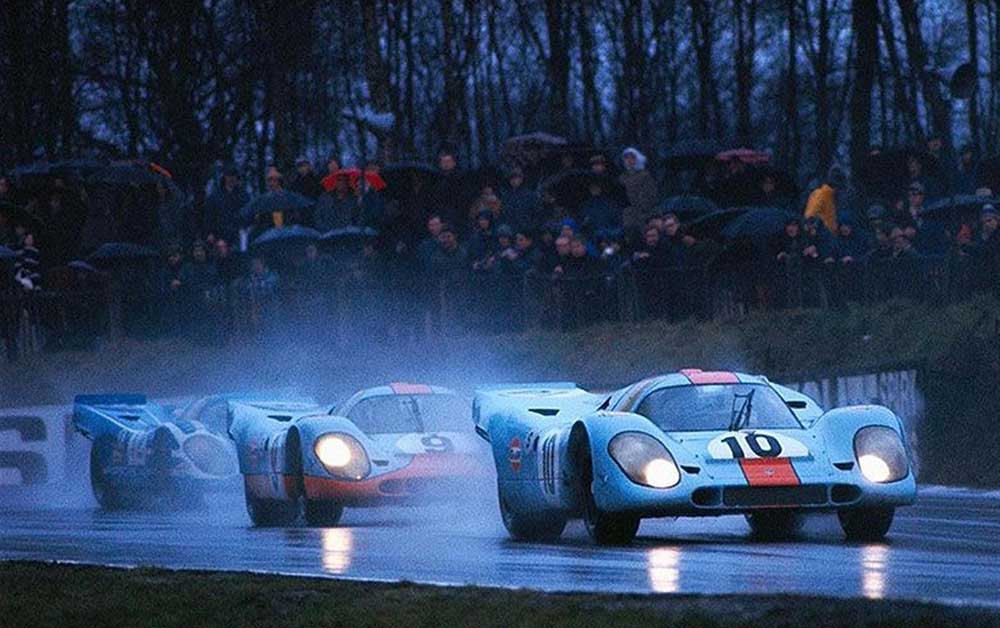 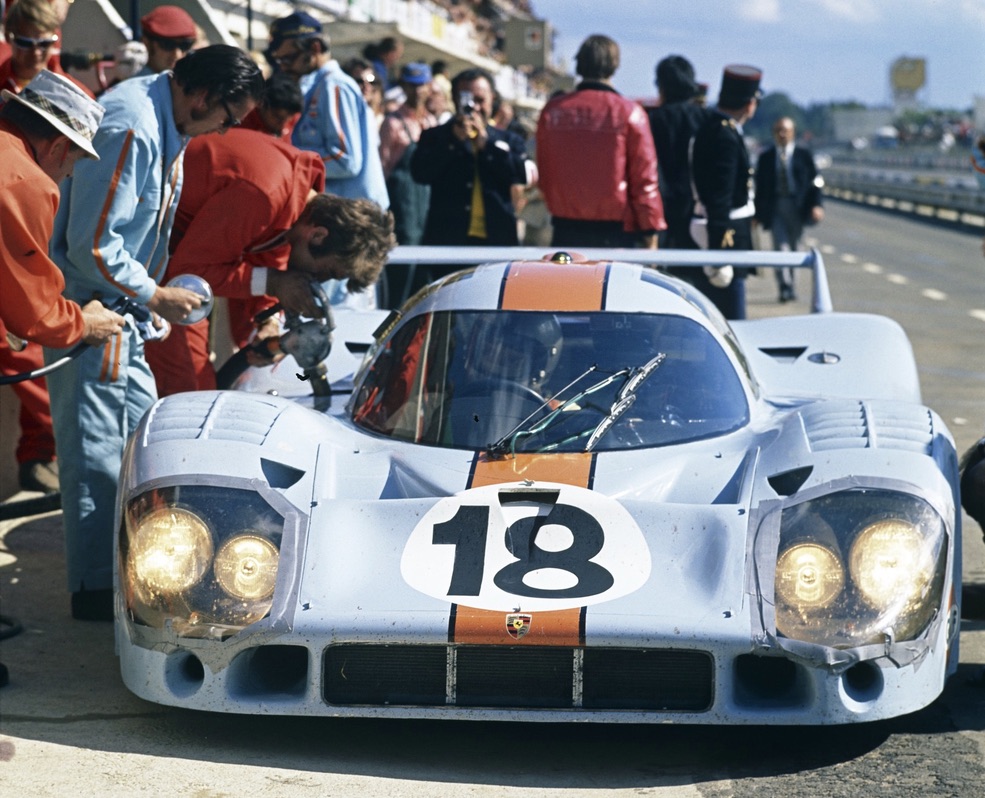 Brian Redman had driven the Porsche 917PA, the version rebodied for the Can-Am foray in 1969. Surely, I asked him, he had found the advantage of the shorter, lower rear deck? “The Can-Am 917-027 did not have the unpleasant handling that we all complained about” is his diplomatic reply. Clearly Brian kept meticulous records, and he then gave me a detailed account of the critical test sesssion conducted by JW Automotive at the Österreichring in October. Here it is, verbatim, settling all argument in my opinion.

It was a Porsche test, run by engineers Peter Falk and Helmut Flegl, with JWAE who as you know, were to take over the running of the official Porsche team for 1970, represented by John Horsman, David Yorke, Peter Davies and Ermanno Cuoghi. Piers Courage was also there, but only for a short time as he was called back to England on "urgent business"! He completed some laps in 008 and 027. Leo Kinnunen arrived for the second day and ultimately had the drive.

On the first day of the test, Ahrens and I took it in turns to drive the 917s, the engineers changed springs, shock absorbers, caster and camber all to no avail, we would do three or four laps at a time with no noticeable improvement.

Yes, John Horsman commented that there were gnats on the nose and some on the windshield but hardly any on the vertical rear spoilers. John then asked the Porsche engineers if he could borrow 9017-008, some tools and materials and Ermanno and Peter set to work converting the swooping rear body in a version of a pickup truck!

The Porsche engineers were using the fastest lap set at the Osterreichring 1000 Kms in August, a 1m46.6 by Jacky Ickx in the JWAE M3 Mirage- DFV as an aiming point. I was first out in the modified 917-008, on the 16th and instead of doing the usual three or four laps, I did seven and when I came back into the pits, exclaimed: "Now, we have a race car" some three seconds a lap faster and just as important, the 917 felt solid on the road.

Firestone were there and at first didn't want to put their tyres on the 917s [the Porsches had raced on Dunlops] but finally, after the Horsman modifications, they agreed to use them and there was a further reduction in lap times, the final result being five seconds faster! Almost unbelievable! After Falk and Flegl relayed the news back to Stuttgart, a deputation of Porsche top brass arrived the next day. They spoke with Falk and Flegl but not one word with the JWAE crew!

As you know Ferdinand Piëch was a man of extraordinary ability and strength of will, who had forced through the whole 917 programme - and almost bankrupted Porsche in the process. His single-minded determination to win Le Mans focused on straight-line speed. I have no doubt the Porsche engineers knew what the problem was, but were unable to do anything. The John Horsman modifications, done outside of the Porsche hierarchy, was the perfect opportunity.”

Thanks, Brian! There, in a nutshell, is John Horsman’s legacy to a truly golden era of endurance racing.