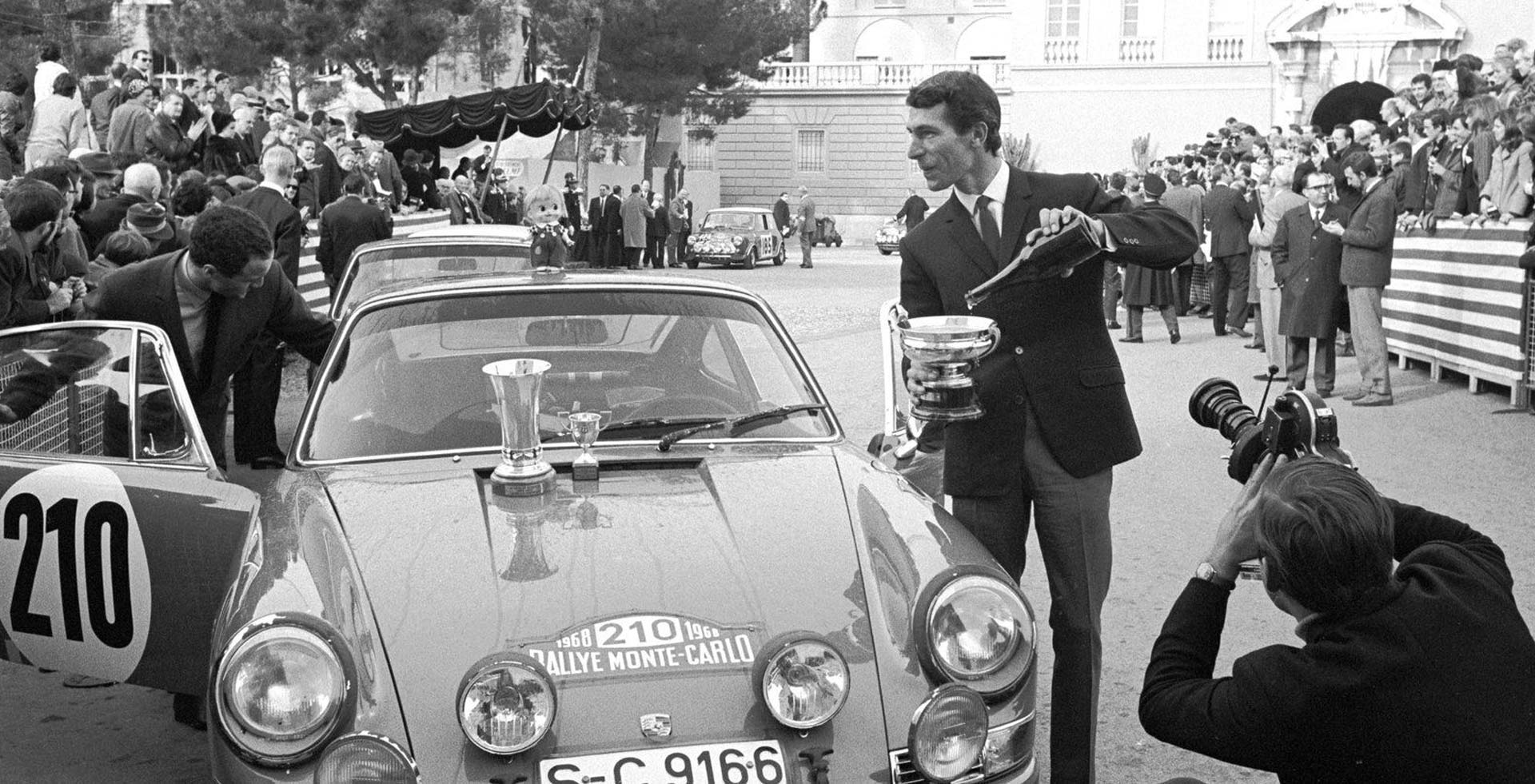 The Porsche 911 must surely have the strongest claim to being the most successful car in the history of motorsport. Its 58 years of continuous production have certainly helped, however the sheer breadth of its abilities has meant that it is hard to think of a field of competition in which it has failed to excel. From circuit racing to rallying, Le Mans to Dakar, it has chalked up thousands of victories in competition. Even now it remains one of the most accessible avenues into top flight racing. It is interesting then to consider how all this began, especially as racing the 911 was far from the company’s mind at the time.

The 911 first made it into the showroom at the end of 1964. It replaced the ageing 356 and as the company’s only mainstream product its commercial success was imperative. Porsche had deliberated for several years over the design, engineering and market positioning of the new car and opinions in Stuttgart were far from unanimous on a whole range of issues. Fortunately Ferry Porsche made the right calls and the car emerged as a small, light, aerodynamic 2+2. As soon as it went on sale the order books were brimming and the company’s future was assured.

However while competition played little part in the 911’s conception, it played a continuous role in the Porsche company’s research and development. From its beginnings as a manufacturer Porsche had used an ambitious racing programme to prove new ideas before introducing them to production. By the time the design for the new 911 engine was being finalised Porsche were also looking for a next generation design for their forthcoming 904 race car.

A young Ferdinand Piech had just been appointed as head of the racing engine department and rather than create a separate competition design he decided to combine forces with the new 911 project. His position in the family enabled him to exert significant influence and thus aspects of the 911 engine design were driven by the needs of the race department. As a result the 911’s engine gained overhead cams, dry sump lubrication and a short stroke, all pre-requisites for a high revving and reliable race unit. It also gained it the attention of a genius engineer called Hans Mezger.

This rather fortuitous combination of commercial and racing interests meant that the 911 had unintended competition potential from the start. Porsche initially made no allowance for this other than homologating some alternative gear ratios, anti-roll bars and wheels. Customers who wanted to compete with their 911 were rather left to themselves while Porsche focussed on their purpose built 904 and 906 race cars. That didn’t stop them and in both Europe and North America the 911 was soon being entered in high level GT, touring car, hillclimb and rally championships.

By the end of 1966, such was their customers’ success, Porsche started to take notice. For the 1967 season they put together a basic “Rally Kit” of competition parts that could either be installed by the factory before delivery or retro-fitted to an existing road car. Porsche also issued a detailed bulletin containing an additional selection of competition parts and guidance as to how they might be used within different forms of racing. For the first time the race department started to turn its thoughts to how the pretty little road car could be tuned to best effect.

By now Ferdinand Piech had become head of the race department and as his subsequent career would prove he was not a man who did things by halves. He commissioned a project to see how far the 911 could be taken as a racing car. During 1967 four prototype cars were built around full 906 specification engines. They were lightened by the use of glass-fibre and exotic metals wherever possible and christened “911R”. The result was a devastatingly quick and agile machine which had the potential to dominate GT racing. There was one small hitch – Porsche would have to build 500 to qualify. Try as Piech might, he could not convince the company to take the risk and only a small series of 20 customer cars were eventually built. Confined to running in the FIA’s Prototype category they had little competition relevance and ended up being a rare dead end in the story of the 911’s evolution. 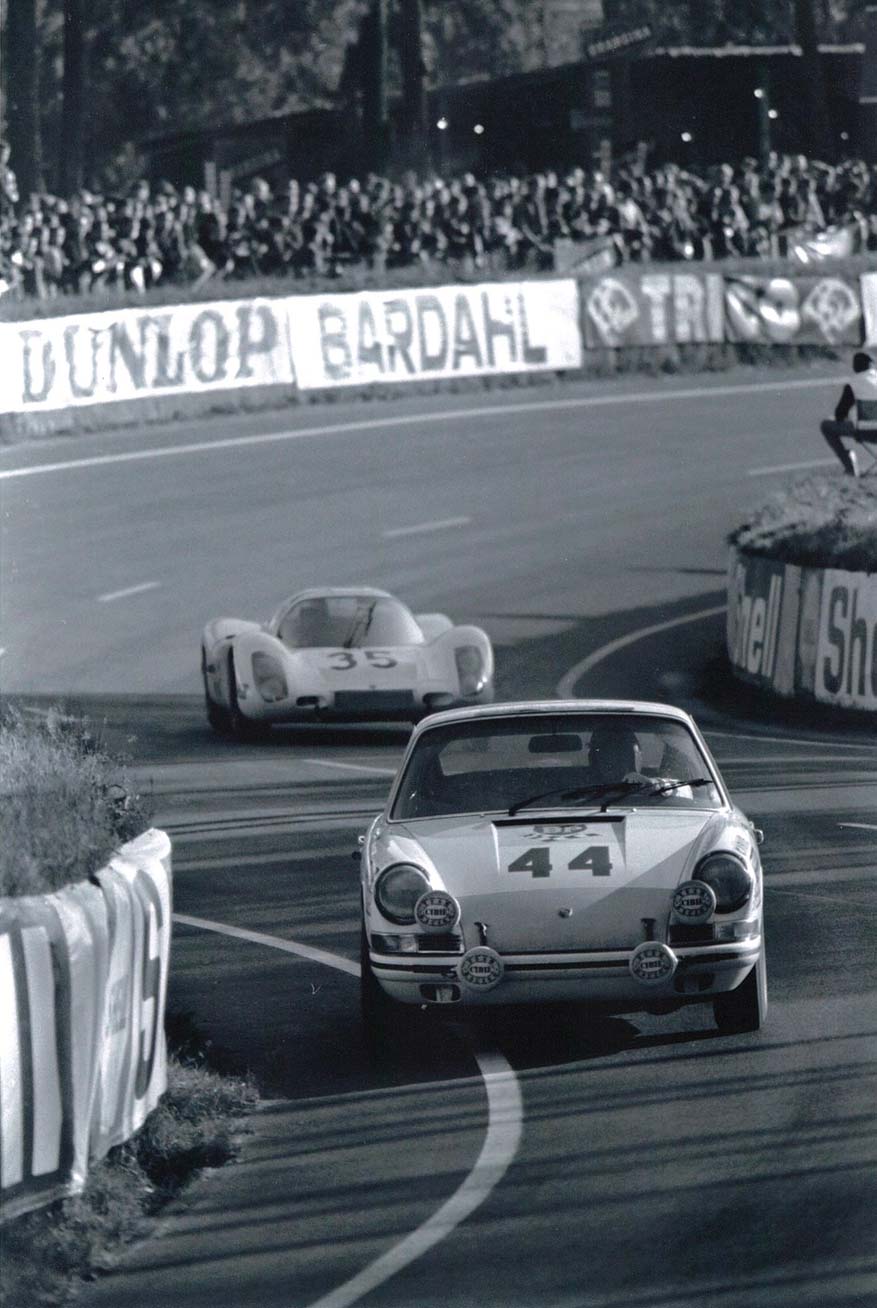 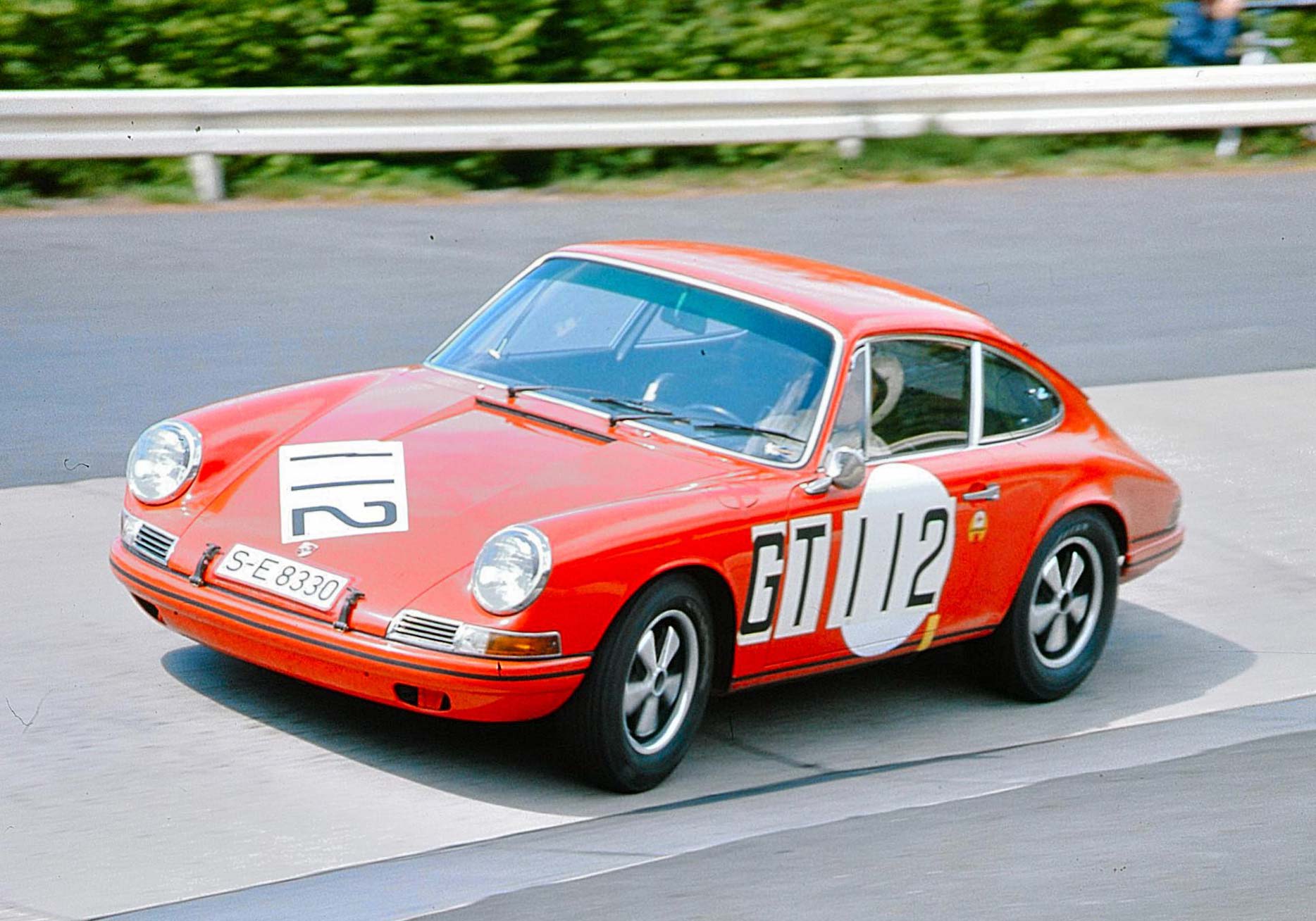 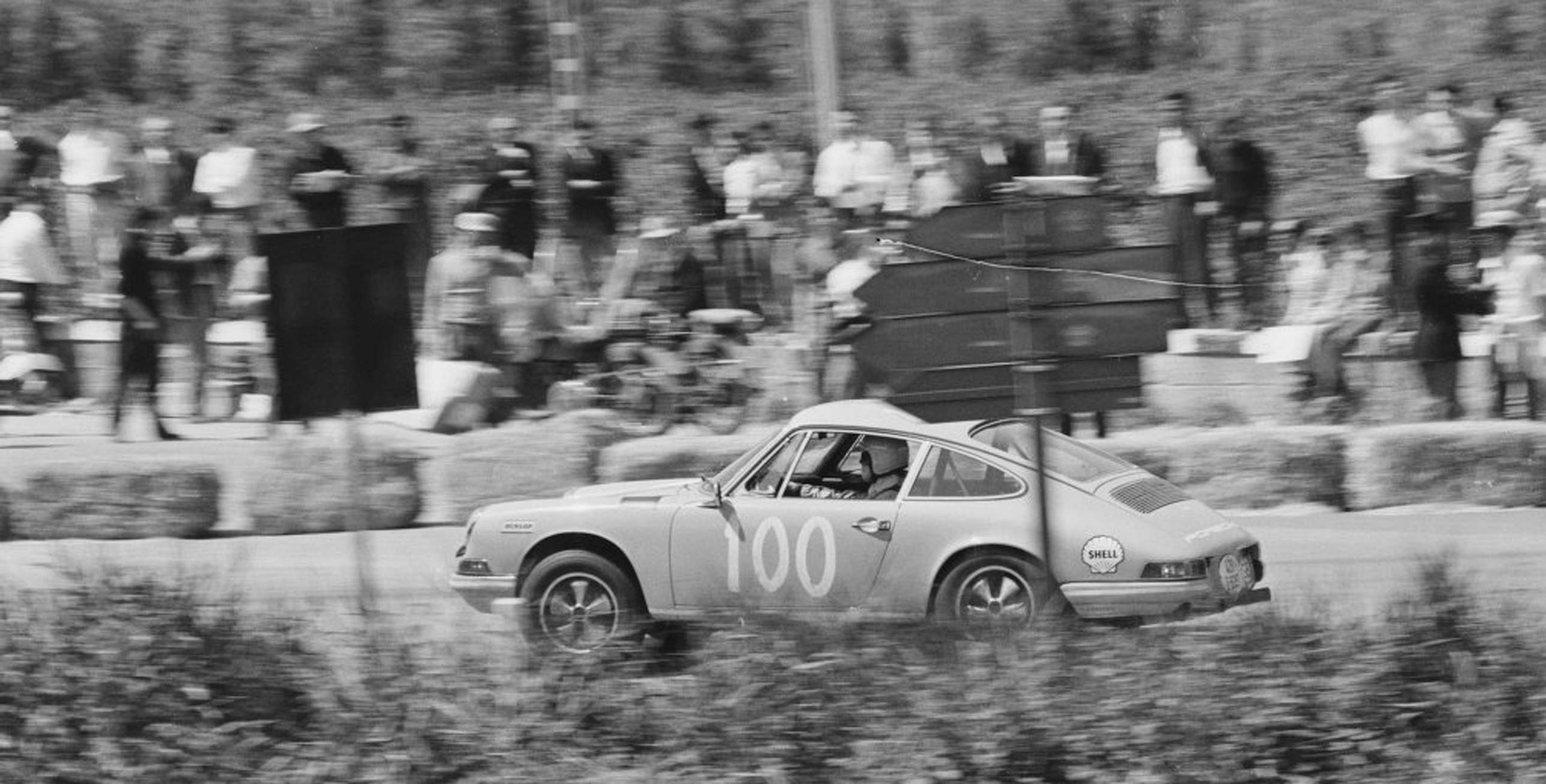 Nevertheless the energy expended on the 911R project was not entirely wasted. Encouraged by continued customer success, for 1968 the factory decided to produce two optimised racing versions of their standard road cars, one based on the 911L for Group 2 Touring cars and the other on the 911T for Group 3 GT. Neither of these were given a special name by the factory at the time but were referred to in documentation as “Homologation” versions or “H” for short.

Porsche had cleverly thought to widen the range of components that were listed in each model’s FIA homologation papers to include items whose only purpose was racing. This included more powerful engines and a lot of the equipment developed for the 911R such as racing gearboxes, flared wheel arches, stiffened suspension, wider wheels, oil cooling systems, and stripped racing interiors.  However in the case of the 911T these parts were optional to the most basic and therefore lightest version of the road car thereby qualifying it to race at a featherweight 923kg. This would turn out to be the lightest competition 911 ever to race in GT.

In order to help its customers navigate a now extensive catalogue of racing parts, Porsche produced a famous booklet entitled “Information Regarding Porsche Vehicles Used for Sports Purposes”. The starting point was usually to order a 911T with Rally kit which meant the car was prepared for competition with a standard list of modifications. This may explain why these cars subsequently became known as 911 T/R. From there you could choose a completely bespoke specification depending on what you intended to do with the car and how deep your pockets were. Customers typically liaised directly with the race department where the orders were processed and the cars were prepared. A total of 22 T/H and 13 L/H, as I will call them, have so far been identified and it is does not appear that any two were exactly the same.

1968 turned out to be an annus mirabilis for the 911. There is a memorable celebratory poster produced by the factory artist Strenger which lists 41 championships or major prizes won that year. The incredible versatility of the T/H in particular was demonstrated by achievements as diverse as an outright win at the Monte Carlo rally at the same time as GT class victories at the Targa Florio and Le Mans 24 Hours.

In 1969 the road going 911 went through a major revision with the move to a longer wheelbase and the adoption of fuel injection. However as far as 911 racing development was concerned not much happened as Porsche were consumed with the effort to build 25 917s in a quest to win Le Mans. Once that mission was complete their attention would return to the 911 but by then the GT racing rules had evolved to permit much more radical modification. Future racing 911s would not have quite as direct a link to the car you could buy in the showroom.

In my mind this connection between road and track is something which makes these “Sports Purpose” cars so appealing today. They are not crudely bolted together go-faster hot-rods. They are a thoroughbred version of a recognisably standard looking car that was developed by the leading race engineers of their time. The resulting versatility that enabled these cars to win on ice or tarmac, on narrow hillclimbs or fast Grand Prix circuits, gives them a modern day usability that is lacking in the more specialised 911s that came just five years later. They are a perfect balance of power, weight, size and grip that doesn’t need a track to be exploited.

While the original race cars are rare and valuable, the recipe that was used to build them is now well understood. Today converting a standard short wheel base car so that it performs in much the same way is entirely feasible. Indeed the growing popularity of the short wheel base 911 in historic motorsport has fostered further R&D which could now be applied to road going cars in much the same way that Porsche did when the cars were new. That idea is not lost on us… 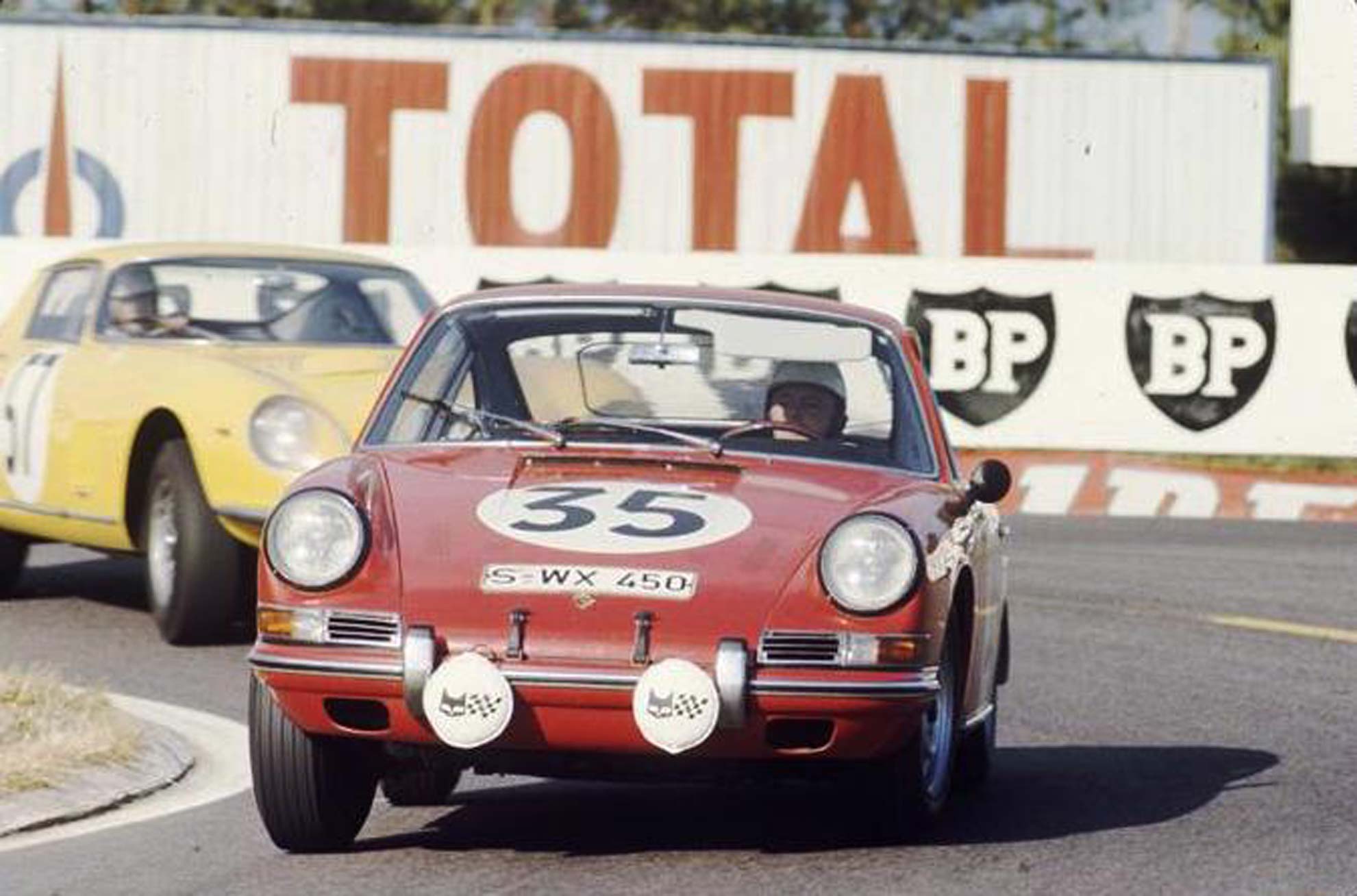 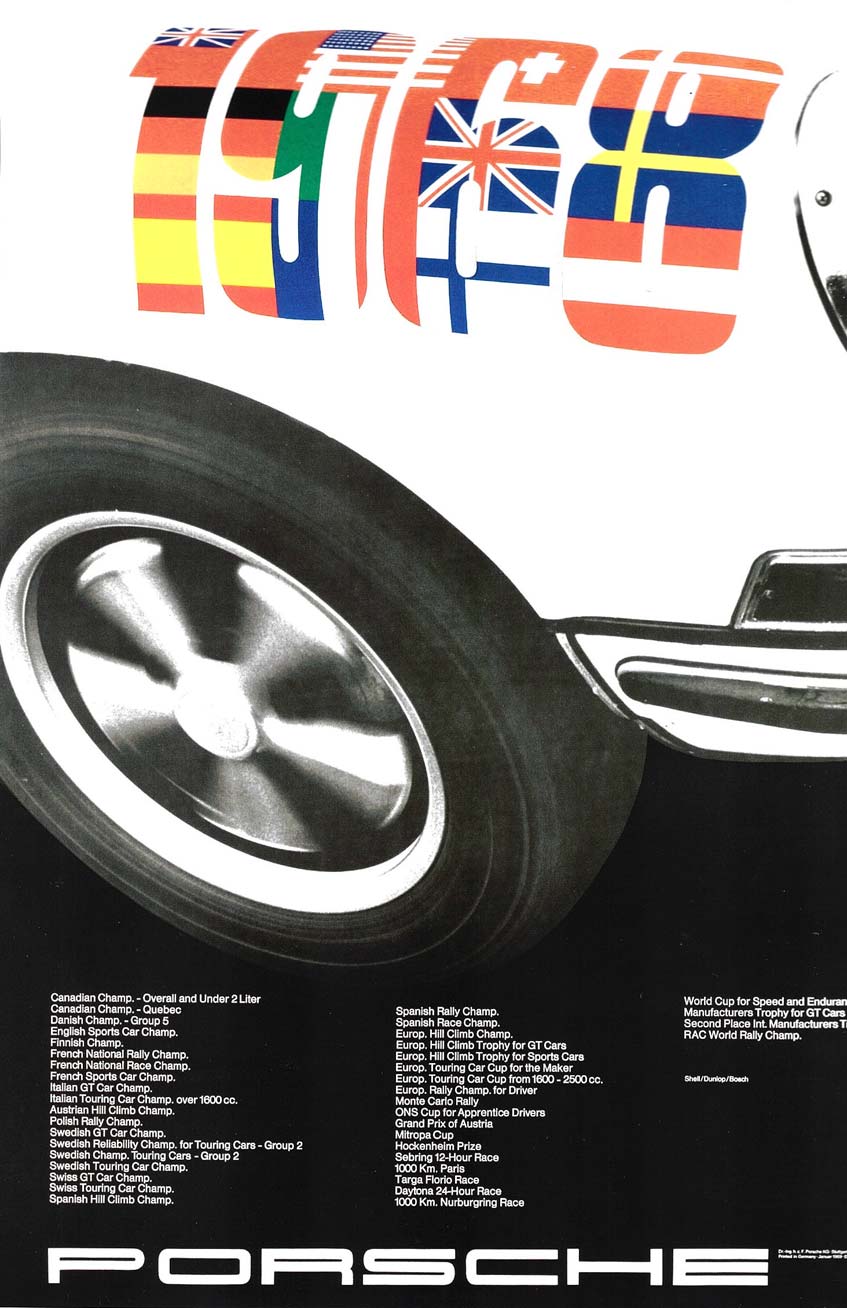 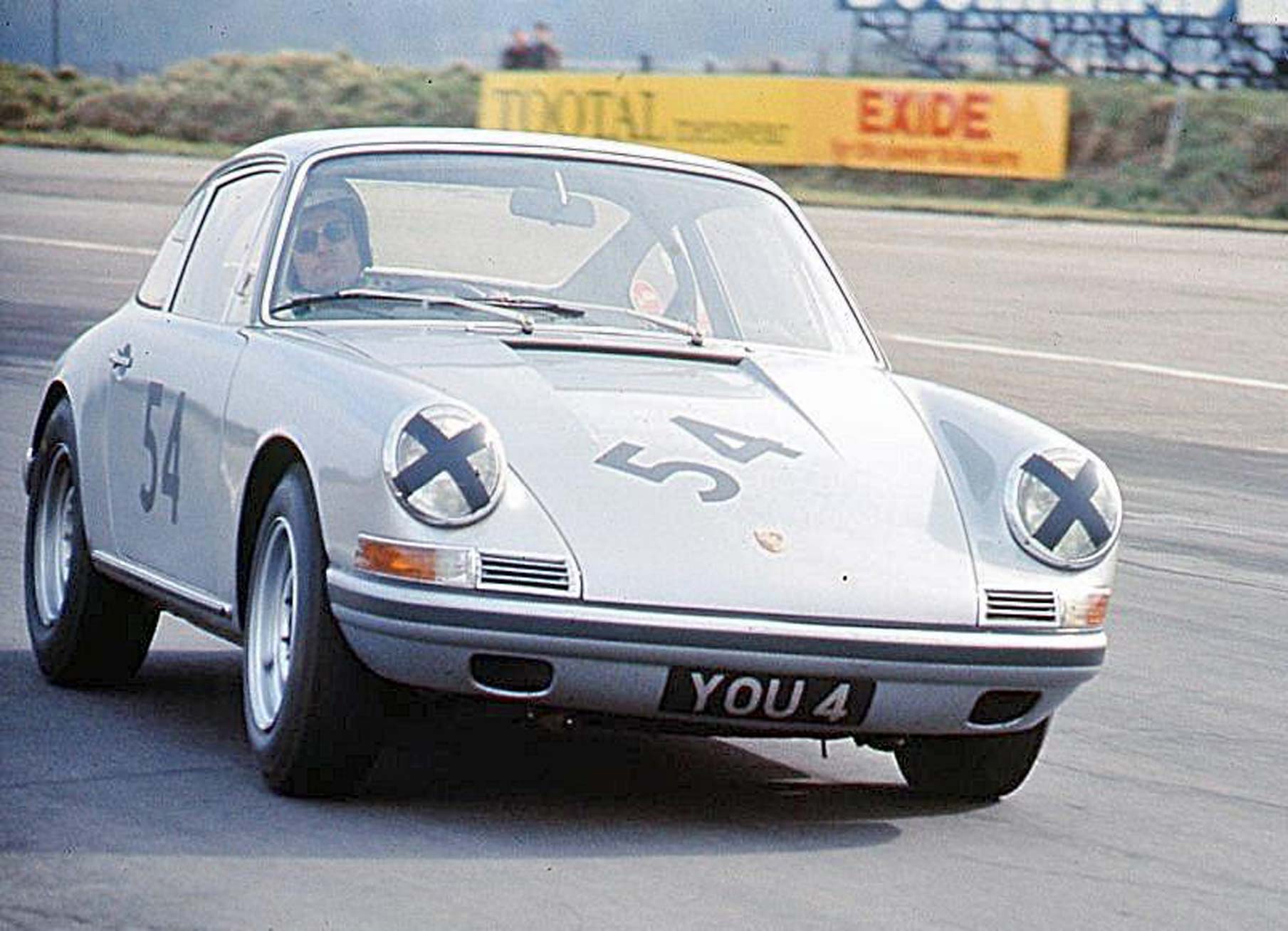